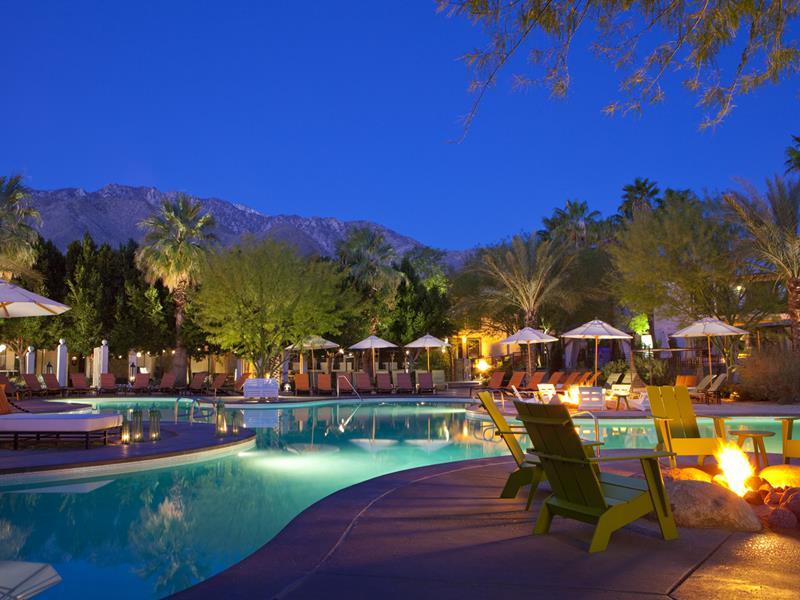 Golden agers have been flocking to Palm Springs since before the Rat Pack put their stamp on this desert oasis. In February 2014, two legends of the tour business are bringing back the folks who made Hollywood in a magical 3-night entertainment adventure, “Memories in the Desert.”

Produced by Bob Cline at U.S. Tours and Melinda Marinoff of Palm Springs Vacation Travel, this winter vacation is a West Coast version of the smash hit group package that originated in Virginia Beach in 2012. Over 1,200 group tour passengers whooped it in Virginia Beach last fall, now the spotlight turns on Palm Springs. 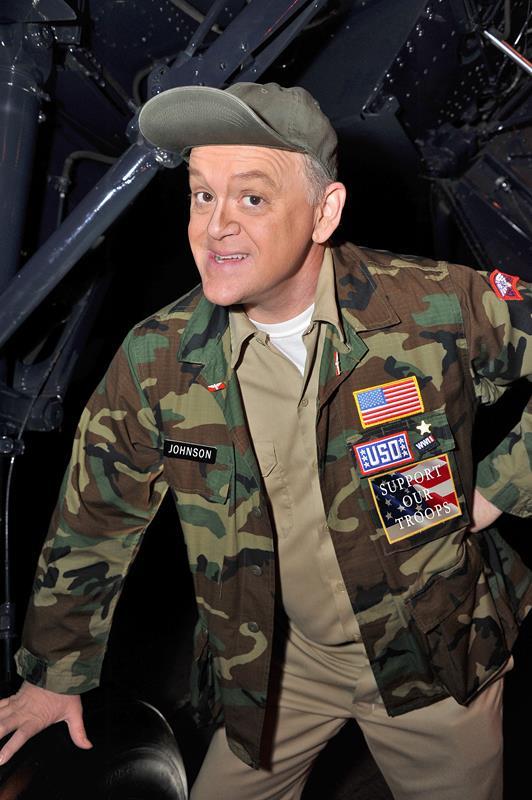 In 1936 a Irwin Schuman opened a club in Palm Springs called Chi Chi Bar & Grill. The expansive venue was divided into various dining areas and lounges to suit every need and budget.  But it was The Starlight Room that was the shining monument to Mr. Schuman’s vision and the magnet for attracting some of America’s BIGGEST stars on to its stage…Louis Armstrong, Nat King Cole, Liberace, Eartha Kitt, Edgar Bergen and Jerry Lewis to name a few. This Palm Springs Showplace of the Stars also hosted Bob Hope, Jack Benny, Rosemary Clooney and Sammy Davis Jr. in its heyday.

Melinda Marinoff said, “While it may be difficult to imagine this today, there was once a time in America – a bright and shining moment between the Great Depression and the late 60’s – when adults in cities throughout the country went to nightclubs to dine, hear a singer backed by a good band, dance and stay up past midnight. This is the nostalgia I want to bring back and offer to tour and travel.” 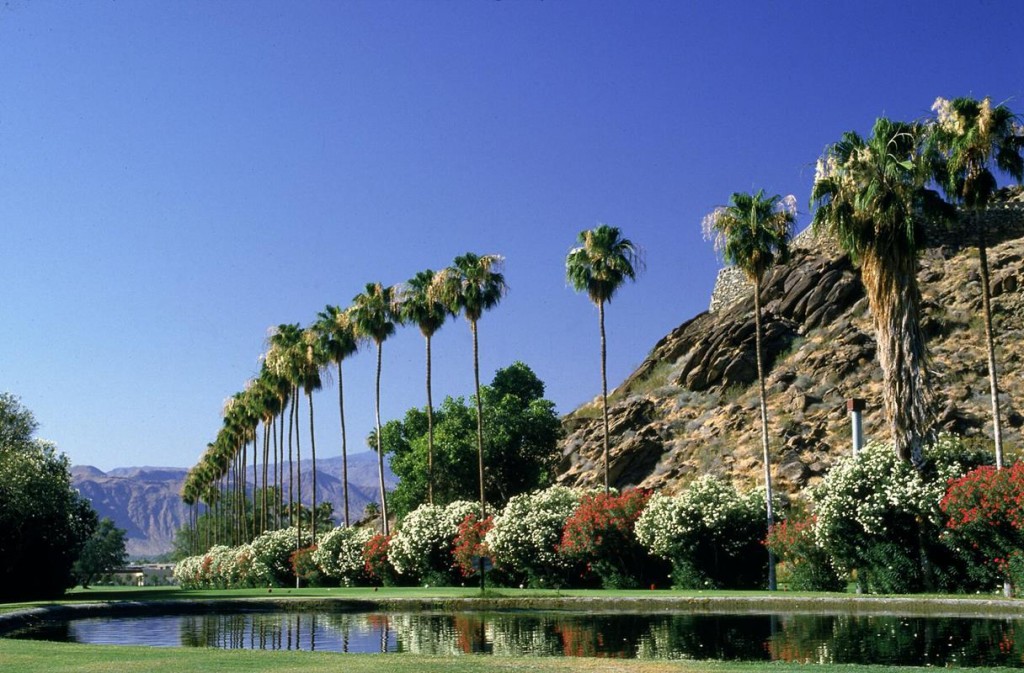 This desert resort community is a perfect winter getaway. The average temperature in February is 74 while the evenings are wonderfully chilled. Enjoy the warmth of the desert on flexible daytime sightseeing options including celebrity home tours, the Palm Springs Aerial Tram and the Living Desert Zoo and Botanical Garden.

Palm Springs is also known for world-class shopping, eclectic dining and warm, dry sunny days. Whether it’s a relaxing afternoon by the pool, strolling the El Paseo shopping district, known as the Rodeo Drive of the Desert!, or trying your luck at one of the area’s casinos.

When the stars come out, the curtain rises on original evening entertainment. Three unique stage shows will keep your group entertained, and in stitches!

The opening night kicks off in grand fashion with a USO Tribute Show. Enjoy music during dinner, followed by an original Tribute to the USO Shows of Korea and Vietnam, starring Comedian Bill Johnson accompanied by a live orchestra and the beautiful girls of “Company B” performing their tribute to “The Andrews Sisters” and other songs from the WWII, Korea and Vietnam era.

For over 70 years the USO has been entertaining troops all over the world…. Step back in time with us… PLUS as we support and honor their work with a tribute to those wonderful folks who entertained America’s soldiers overseas. It’s filled with the music you love, jokes that you’ll remember, spectacular costume changes, remarkable sound and lights.  The finale is a tear-jerking performance of an Armed Forces Medley by Company B and a surprise tribute that promises to bring down the house. 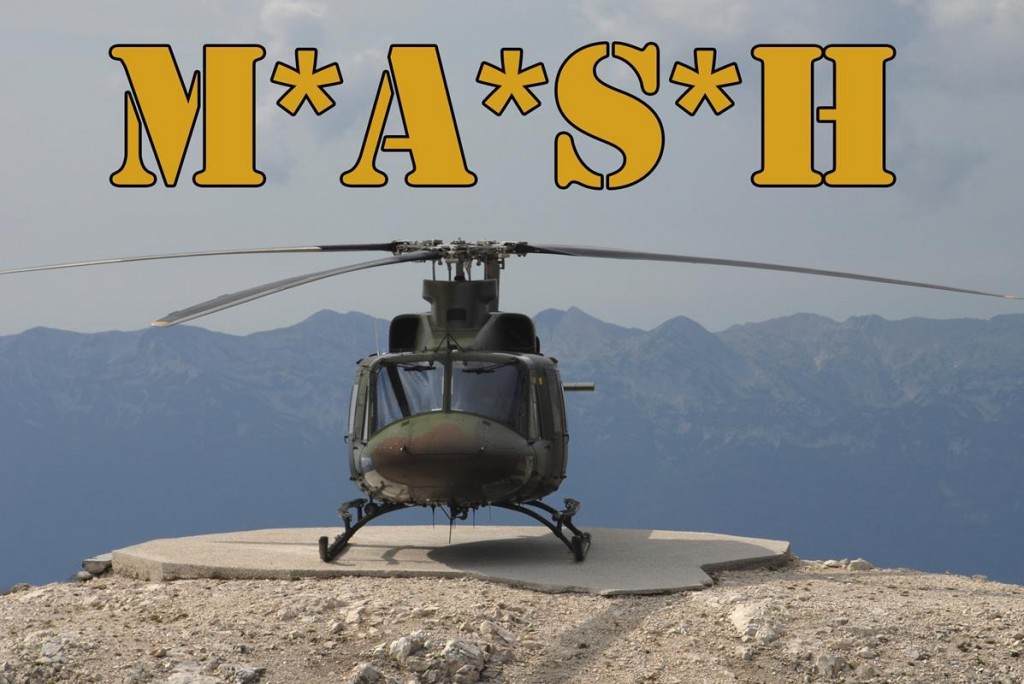 The second evening is M*A*S*H 4077 Night at the iconic Palm Springs Air Museum. This is a party that would have made Trapper John proud!  Bring your sense of humor, enjoy a Martini in The Swamp, a Mess Hall Dinner (our food is much better than theirs ever was), plus a 1950’s Dance Party “under the stars” on the museum’s tarmac.

You’ll have a chance to see the displays of WWII Airplanes including a B-52.  But the display of vintage airplanes should be less interesting than your fellow guests.  Everyone is encouraged to wear Korean War Era costumes or uniforms and there will be two hilarious competitions – best M*A*S*H uniform and a Corporal Klinger Fashion Show. 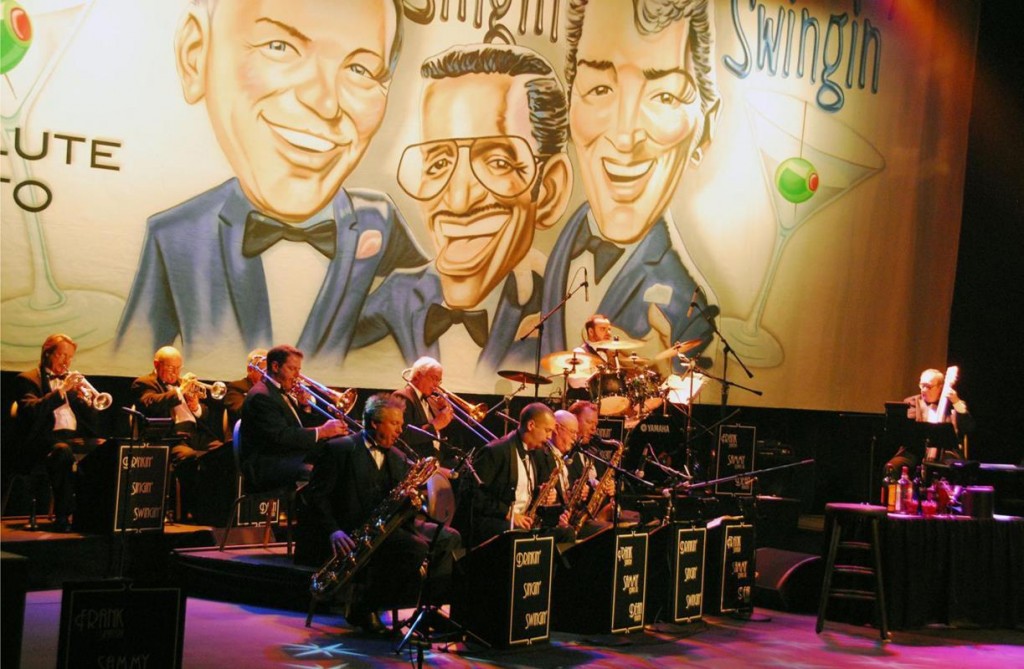 Night three is a spectacular event at the grand Riviera Hotel. The Riviera was the infamous ‘60s hangout for celebrities and socialites. The Riv was the practice stage and stomping ground for Frank, Dean and Sammy before they took their shows on the road.  Tonight you remember those legends in a big show, direct from Las Vegas, “Drinkin’ –Singin’ – Swingin’”.  There’s magic in the air on this notorious stage the group pays homage to Ol’ Blue Eyes, Dean Martin and Sammy Davis, Jr.  It’s a musical tribute with a live orchestra on the very stage that the Boys called home.  You will applaud their music often and laugh at their antics as you remember the larger-than-life personalities of America’s greatest boys club.