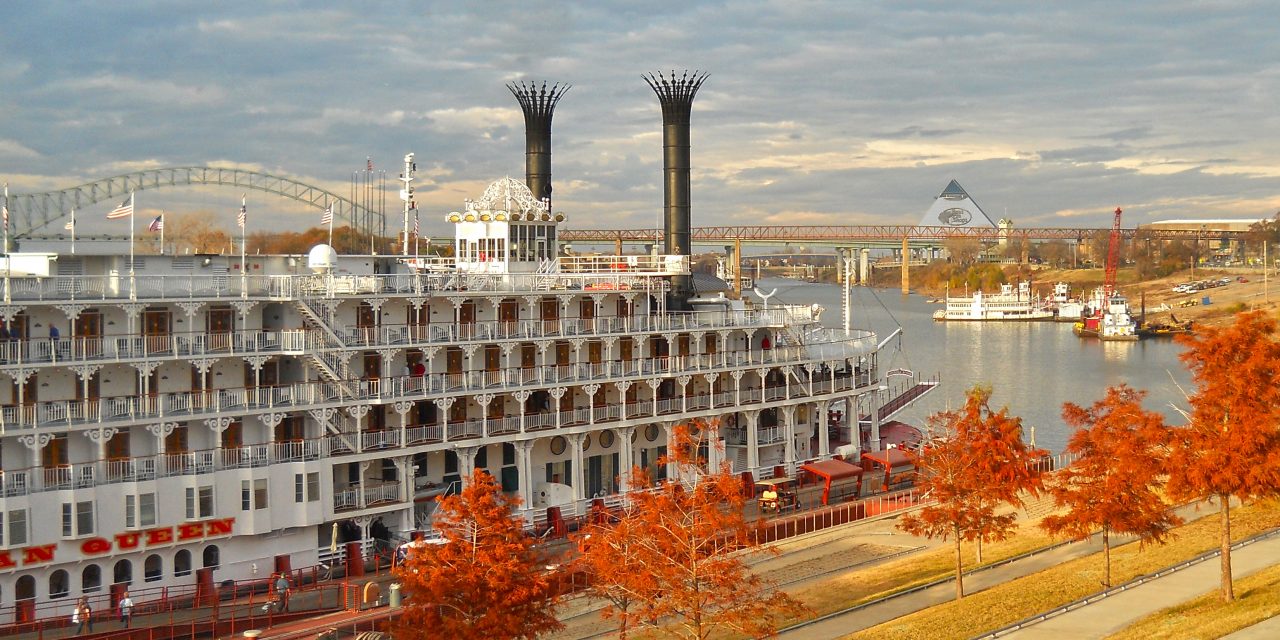 River cruising, whether it’s a two-hour afternoon fling on an excursion boat or a one-week vacation aboard a deluxe vessel with all the bells and whistles, has always been a group travel staple. And for good reason.

There’s something romantic about pulling away from shore and spending time on the water. Sitting back and taking in the scenery, away from car traffic and in tune with the rhythms of the river, provides a whole new perspective on destinations visited. When the package includes good food and/or entertainment, all the better.

Though the pandemic initially forced some boats to halt their operations or alter their schedules, things started getting back to normal starting last spring and summer. Domestic river cruising is thriving once again, capitalizing on Americans’ increasing desire to be out and about. When it comes to multi-day river vacations, cruising closer to home on a small ship offers a greater sense of security and health safety than boarding a 3,000-passenger megaship bound for foreign ports of call. Many of us, moreover, appreciate the benefits of calm-water sailing and just being able to see land all journey long.

On March 13, 2021, American Cruise Lines (ACL) was the first overnight cruise operator to return to service in the U.S. successfully leading the return of the domestic small ship cruise industry with East Coast and Mississippi River itineraries. And despite 2020’s worldwide cruise shut down, American kept its Maryland shipyard open throughout 2020 and 2021 as it continued building ships. The line introduced two modern riverboats in 2021 and will launch two more in 2022, when it also will roll out its fleet of four redesigned paddlewheelers. American operates a total of 15 ships—all accommodating just 100-190 passengers—that offer more than 35 river and coastal itineraries ranging from 5 to 22 days, including trips on the Mississippi, Ohio, Hudson and Columbia & Snake rivers.

“We successfully navigated the additional regulations and obstacles associated with COVID-19 by working closely and directly with the communities we explore,” said Alexa Paolella, ACL’s public relations manager.

Dining is a big drawing card for ACL ships, and menus are adjusted to reflect the availability of seasonal ingredients. Fresh produce, meat and seafood are sourced as near as possible to the cruise, and the line strongly supports farmers’ markets and small businesses. The boats offer both indoor and al fresco dining, with a casual cafe menu offered outdoors. The cruise fare covers all meals.

On ACL’s Pacific Northwest cruises, guests enjoy the bounty of the Pacific Ocean—in appetizers like shrimp bisque and shrimp scampi and entrees such as Dungeness crab cakes and salmon pasta Alfredo. A dessert favorite is cheesecake featuring the regional marionberry.

ACL’s special culinary-themed cruises bring experts on board to do lectures, tastings, demos and other presentations. They often lead the guided shore tours, which might include a visit to the Culinary Institute of New Orleans or a Washington State vineyard.

The three-deck Georgia Queen boasts three grand ballrooms with over 15,000 square feet of dining space, each seating 250 persons. Live music entertains guests, and there’s patio seating on the open-air top deck. Each deck has a bar. The Savannah River Queen seats 250 guests on the first deck, 175 on the second. From their historic riverfront docks, the boats sail upriver to the Port of Savannah and then turn around, continuing downriver past the Waving Girl statue, through the shipyards and just past the tip of Hutchinson Island and Old Fort Jackson before heading back upriver to the dock.

On the Ohio River, the steam-powered Belle of Louisville has been offering sightseeing and dining cruises for decades. A National Historic Landmark, she has plied America’s rivers since 1914 and is the only remaining authentic steamboat from the great American packet (freight) boat era. Her engines are even older, dating from the 1880s, and still doing a good job. Christened as the Idlewild in Pittsburgh 108 years ago, she was named the Belle of Louisville in 1962.

In the Quad Cities area of Iowa and Illinois, the 750-passenger Celebration Belle, the largest non-gaming boat on the Mississippi, offers lunch and dinner cruises.  Upon departure from Moline, Illinois, lunch guests enjoy homemade sticky rolls and fresh fruit, followed by a hot buffet featuring baked cranberry-glazed breast of chicken, Alfredo pasta with vegetables, garlic mashed potatoes, chicken gravy, and green beans with sautéed bacon and onions, plus salads, rolls and dessert. They are regaled with facts about the river and local history. On select dates, four-hour themed lunch sailings revolve around music genres, from country tunes to classic oldies from the 1950s and ’60s. On the Belle’s dinner dance cruises, the menu includes carved prime rib, and there is live music.

To do New York City in style, groups can splurge on one of City Cruises’ three-hour dinner circuits on the East and Hudson rivers. While admiring the Manhattan skyline from the 600-passenger Spirit of New York or Spirit of New Jersey, they feast on a variety of foods from the buffet, which offers three salads, four entrees (such as honey sesame chicken, oven-roasted flounder, baked ziti pasta and braised beef short ribs), mashed potatoes, roasted broccoli and root vegetable fricassee. The dessert station has cakes, brownies and seasonal fruit. The same ships offer a two-hour lunch buffet cruise, and City Cruises’ glass-enclosed, 300-passenger Bateaux New York has plated-meal dinner and lunch cruises. Sailings depart from Chelsea Piers or Marina Lincoln Harbor in Weehawken, New Jersey.

City Cruises, a division of Hornblower Group, also operates upscale lunch and dinner cruises on the Potomac River in Washington, D.C., and Chicago River in Chicago.

Taking its food and beverage game to the next level, American Queen Voyages recently brought on celebrity chef Regina Charboneau as its culinary ambassador. She is best known as the “Biscuit Queen of Natchez” and for her San Francisco restaurants Regina’s at the Regis and Biscuits & Blues, the latter opening an outpost in her Mississippi hometown. Her book Mississippi Currents: A Culinary Journey Down America’s Greatest River is a collection of recipes from St. Paul to New Orleans.

Charboneau’s role will include creating culinary experiences for guests both onboard and ashore. Special sailings will feature the chef and her culinary friends as speakers and at tasting events.

Treating your travelers to dining and sightseeing on America’s great rivers is a no-brainer. It simply doesn’t get better than this.