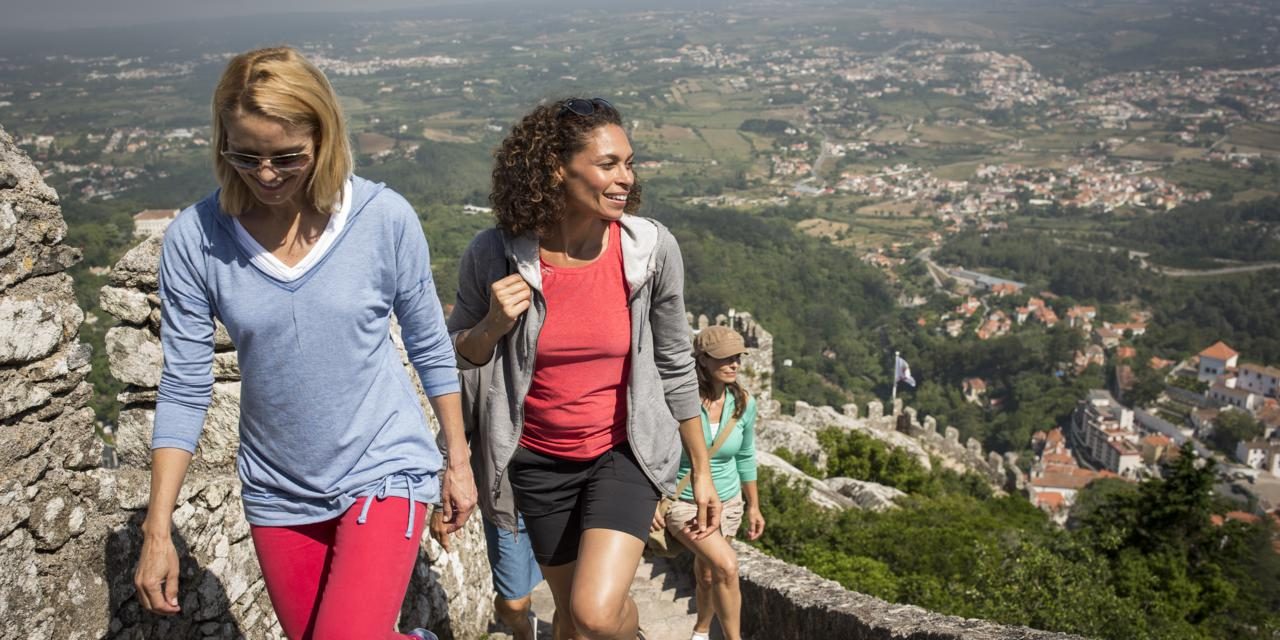 Europe is bursting with medieval villages, cosmopolitan cities and priceless works of art. The entire continent is an expansive buffet that requires some structure and expertise to taste fully. Globus can be that tastemaker through its many European offerings—professionally guided coach tours through the cultural wonders of Germany, Italy and beyond. Helpful tour directors who speak the local language accompany your group for the entire trip, and most meals are accounted for, allowing you to savor the local sights and worry less about logistics. These five tours are only a small sample of Globus’ terrific European options.

Alpine hillsides, storybook castles and thriving modern cities await you in southern Germany. For nine days, a Globus guide will lead your group through boisterous beer halls, Roman forts from the second century and the mysterious Black Forest.

Your tour begins in Munich, Bavaria’s capital and largest city. Medieval churches blur with Modernist skyscrapers, and your group will become enticed by its blend of Old World beauty and contemporary appeal. Stops here include Marienplatz, the old town center, and its cathedral, a landmark in Gothic design. Your group will then venture north to Regensburg, the largest medieval city north of the Alps. Your day will be spent walking through well-preserved neighborhoods, sampling a “medieval hot dog” at the Historic Sausage Kitchen and watching a brilliant sunset while floating down the Danube River. You can also explore the Thurn Und Taxis Palace, a former Benedictine monastery that was converted into a royal residence. Stops in the nearby villages of Bamberg and Bayreuth will offer tastings of “smoked beer” and a visit to the Markgräfliches, an opera house commissioned by Richard Wagner. Car enthusiasts visit the Mercedes-Benz Museum in Stuttgart.

You’ll then venture south into the Black Forest, a region of myth and fairy tales for centuries. Next, learn about the world-famous Passion Play in the village of Oberammergau, where villagers put on the production every 10 years after being spared by the bubonic plague. Nearby is King Ludwig’s magnificent Neuschwanstein Castle, a Romanesque Revival palace that inspired Disneyland’s Sleeping Beauty Castle. After an additional day in Munich and final meal, you will depart Deutschland with a true Bavarian experience. 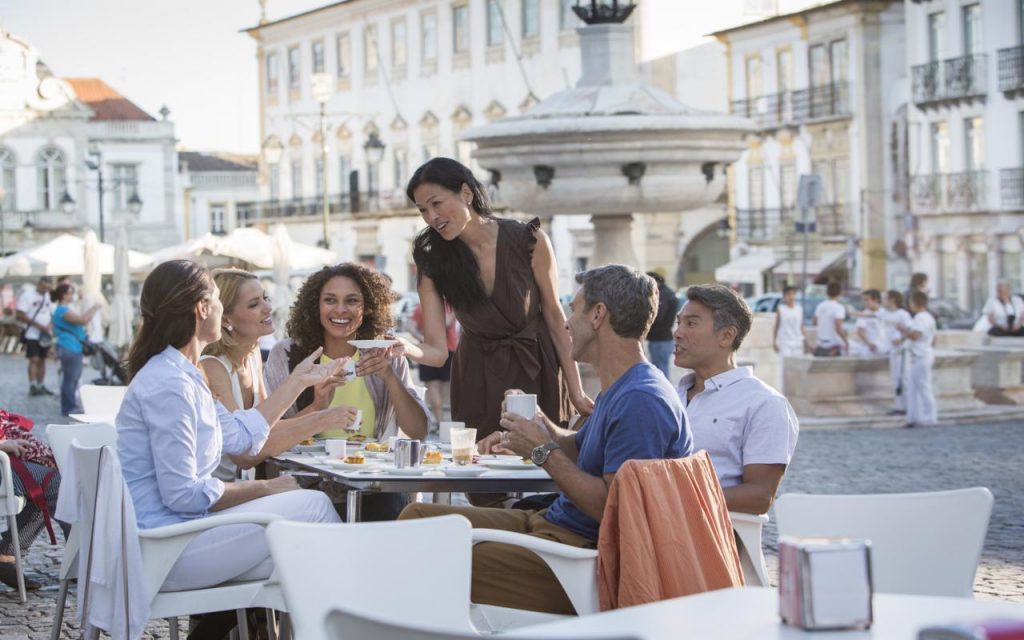 Switzerland’s stunning mountains and lakes have inspired poets and painters for centuries, and your group can be rejuvenated by a nine-day visit to this Alpine treasure. Your trip begins in Zurich, the nation’s banking and commerce hub, and continues to the lakeside village of Biel. This French-speaking town is home to famed Swiss watches and beautiful views of the Jura Mountains. You’ll continue on to Geneva, Switzerland’s cultural capital and headquarters for the United Nations and Red Cross. The city was home to French theologian and Protestant reformer John Calvin, and your Globus tour guide will show you Collège Calvin, one of the oldest secondary schools in Europe.

Your group then travels west to the Gruyère District, famous for its fondue cheese and Swiss chocolate, which you can sample at the centuries-old Maison Cailler chocolate factory. Next is a scenic drive to Gstaad (one of the country’s famous ski resorts) and on to Interlaken. This Alpine village is stunningly located on Lake Thun with views of the Eiger and Mönch mountains. Board the Jungfraujoch train for a journey to Europe’s highest railway station and views from the Jungfrau summit. Your guide will then direct you to the Swiss capital of Bern, where you’ll visit the city center’s clock tower, Bear Pit zoo and Nydeggbrücke Bridge. Your final day will be spent in Lucerne, a picturesque city in the Emmental Valley. Highlights here include the ornate patrician houses of walled Old Town, the Chapel Bridge with Renaissance paintings and the Lion Monument, a relief carved into a cliff that honors the Swiss Guard. A final group dinner and return to Zurich for a departing flight will conclude your incredible Swiss journey.

The land of flamenco and Picasso is yours to explore in on nine-day tour. Spectacular Spain provides your group with a seasoned tour guide to enhance your journey to the nation’s bustling cities and bucolic countryside, and you’ll become deeply immersed in the region’s culture and cuisine.

Your journey begins in Madrid, Spain’s capital and a melting pot of modern skyscrapers and rococo palaces. You’ll begin at the Puerta del Sol (“Gate of the Sun”) public square and the center point for all Spanish roads. From there, your group will tour Parliament, the Cibeles Fountain and the Plaza de España, home to an enormous statue memorializing Don Quixote author Cervantes. The next location to explore is Toledo, a medieval city influenced by a convergence of Arabic, Jewish and Christian cultures. The result is an architectural blend seen nowhere else in the world. Your tour here includes visits to the Church of Santo Tomé, home to many El Greco paintings, and Santa María la Blanca, the oldest surviving synagogue in Europe.

The hillside city of Granada is next on your itinerary, and your group will be astounded by the history on every corner. The area’s largest attraction is the Alhambra Complex, an expansive Moorish citadel and residence of 13th-century ruler Al Ahamar. Visitors can explore the compound’s arabesque hallways, water gardens of the royal residence and the imposing Court of Lions. Your group will continue south to the Costa Del Sol region, where you can relax on Mediterranean beaches, visit the Rock of Gibraltar and sample sherry wine in the village of Jerez. Your last major excursion will be to Seville, the Spanish outpost for the Roman Empire and one of the best-preserved ancient cities in the world. Highlights include the Casa de Pilatos, an Andalusian palace and mixture of Renaissance Italian and Spanish Mudéjar architecture, and the charming boutiques of the Santa Cruz Quarter. After a drive along the Guadalquivir River and the landscapes of Don Quixote’s La Mancha, your group will depart from Madrid. 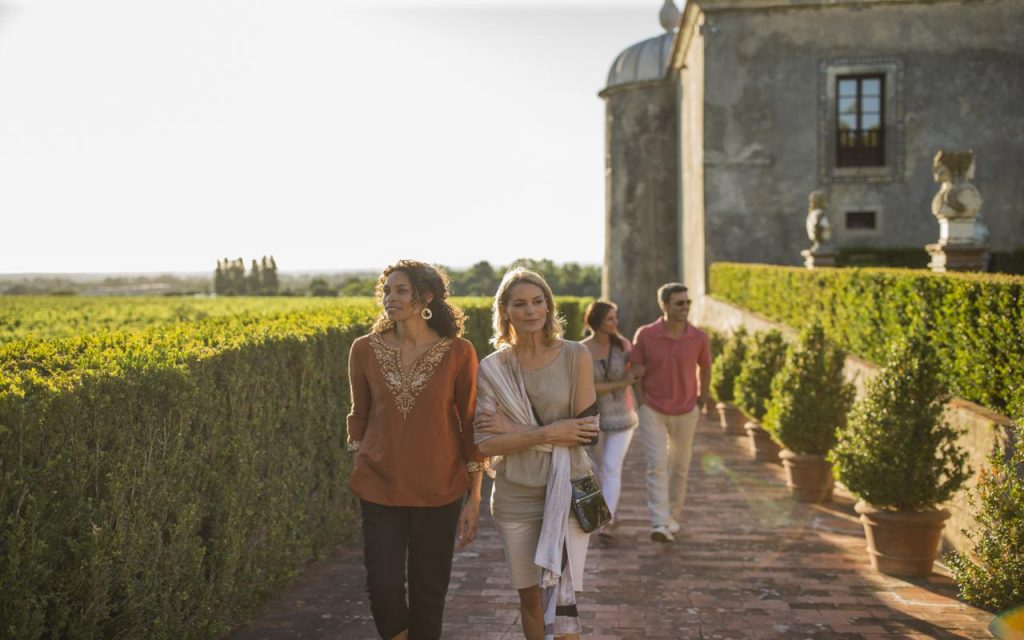 You’ll sample more than just the pasta and gelato during the Italian Sampler. This nine-day tour will expose your group to paintings by Renaissance masters, the glorious scenery of Tuscany and the seductive backstreets of Venice.

Your journey in the Bel Paese (“Beautiful Country”) begins in Rome, the center of the ancient world and home of the Catholic Church. Groups will tour the imposing Colosseum and Roman Forum, where legions marched before battle and senators discussed politics. The next day, you’ll visit the Vatican Museum and Sistine Chapel, where you can spend hours admiring Michelangelo’s Pietà sculpture and ceiling paintings of the Last Judgment. You’ll then depart the “Beautiful  City” into the  Apennine Hills, where your group will tour the medieval walled village of Monteriggioni. The next day will be spent in the rolling hills and towns of Tuscany, Italy’s wine country and the “Cradle of the Renaissance.” In Florence, marvel at Michelangelo’s David, Giotto’s Bell Tower and Fra Angelico’s frescos. Climb the famous Leaning Tower while in Pisa. Your group’s next stop is Verona, the setting of Shakespeare’s Romeo and Juliet and home to the Arena, an immaculately preserved pink marble Roman amphitheater. Groups can visit Juliet’s famous balcony, set sail on a Lake Garda boat excursion and explore the castles of nearby Sirmione.

The journey continues north into Trento, a modern city in the Dolomites and Italy’s “Gate to Northern Europe.” The area has absorbed a strong Austrian influence, and you’ll hear many locals speak German as you sample grappa (brandy distilled from grape juice) and wander the Alpine-inspired main streets.  Next is a visit to Padua, where your group will tour the Byzantine St. Anthony’s Basilica and University of Padua, where Galileo Galilei was a lecturer. The trip concludes with a day in Venice, a timeless city of canals, alleyways and Gothic architecture. Prominent attractions include St. Mark’s Square, the lavish Doge’s Palace and the Bridge of Sighs. Your tour guide will direct you through the narrow streets to the Rialto Bridge and the Al Colombo restaurant, where the owner has prepared a special farewell dinner with wine. Afterwards, enjoy a water-taxi ride through the Grand Canal to the airport for your departure the next morning. 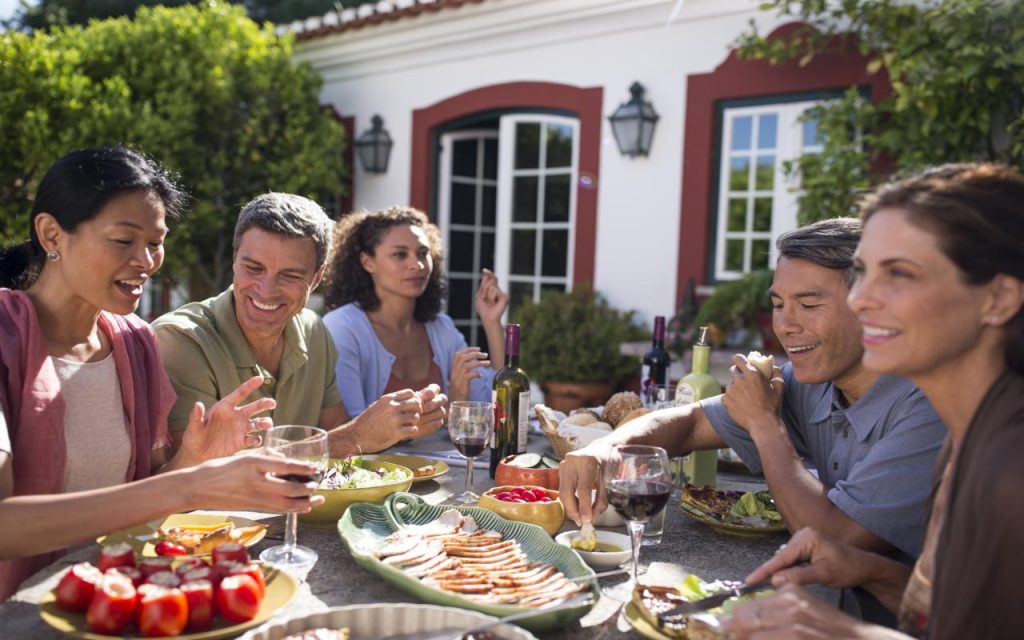 You won’t need to choose between Germany’s medieval cities, hearty food or astonishing natural wonders when on the German Vista itinerary. This eight-day journey from Berlin to Munich will pass through charming villages and sprawling city centers to give your group a varied sample of the nation’s character and cuisine.

Your trip will begin in Berlin, Germany’s largest city and an international center of politics, media and science. A local guide will tour you through the restored Reichstag building, Charlottenburg Palace and Unter den Linden Boulevard. You’ll also pass through Checkpoint Charlie, the famous crossing point between East and West Berlin during the Cold War. Your group will then venture to Dresden, the former capital of Saxony. The city was badly damaged during the Allied bombings of 1945, but the city has slowly regained the baroque splendor of the Semper Opera House and the restored Frauenkirche domed church. Venture west to the historic city of Weimar, once the home to the poet Goethe, composer Franz Liszt and the Bauhaus art movement. An overnight stay in the quaint village of Rothenburg includes views of 16th-century ramparts, tales of the town’s survival during the Thirty Years’ War and shops filled with Christmas ornaments.

From Rothenburg, your group will drive the scenic Romantic Road past small villages towards the Bavarian Alps. Here, you’ll stay overnight in a hotel situated by Hohenschwangau Castle, where King Ludwig spent most of his childhood. Next is a visit to Oberammergau, where a lavish Passion Play is held every decade, and Munich—Germany’s “Secret Capital.” An orientation drive passes by the 1972 Olympic Stadium, Ludwigstrasse Avenue, the Bavarian Arch of Triumph and the Feldherrnhalle, a monument modeled after the Loggia Dei Lanzi in Florence. Your final day will include a visit to the Alpine town of Berchtesgaden, home to Adolf Hitler’s Eagle’s Nest, and a final meal in an authentic biergarten.