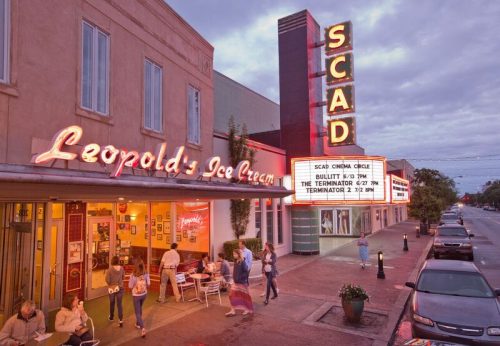 Eating out in Savannah often involves the enchantment of stepping back into history as well as the opportunity to enjoy some good old-fashioned hospitality. In “America’s Most Haunted City,” it can also involve sharing a meal with some of Savannah’s oldest and most spirited residents.

Take a Tour: Get to know Savannah by experiencing a city tour, either on open-air trolleys or with one of our highly trained step-on-guides. The tour lasts about two hours and will acquaint your group with our genteel Southern beauty. It will also give them a sample of the attractions they may want to explore later on their own. 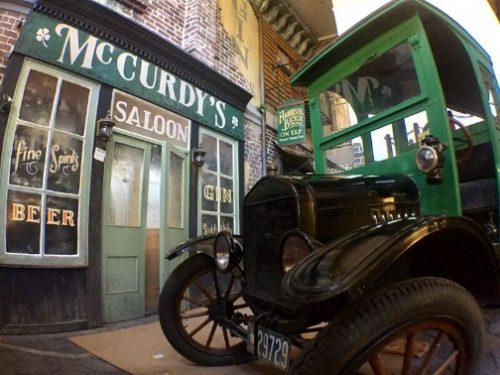 views from River Street, enjoy the quirky charm of the City Market or choose one of the many restaurants nestled along the quiet streets of the city’s Historic District.

Afternoon Affair: Wrap up a busy day than with a wine and cheese reception in the garden of the famous Isaiah Davenport House or high tea with the Captain aboard Savannah Riverboat Cruises’ spectacular new Georgia Queen.

Eat, Drink and Be Scary. Your group covered a lot of ground on their first day and they may want to have a casual bite to eat before retiring for the evening. Savannah’s historic River Street has all types of casual and upscale dining options. Afterwards, find out why Savannah is called “America’s Most Haunted City” aboard one of our haunted trolley tours.

Savannah’s Spirited Past: Start the day learning about Savannah’s colorful role in the banning of alcohol at the new American Prohibition Museum. You’ll discover the importance of alcohol in the city’s formation and how Savannah evolved to become one of the few cities in the country with laws allowing open containers on the streets. Your group can even learn to mix up a little cocktail fun at the museum’s speakeasy.

Brown Bag Lunch: Stay in City Market, where your group can grab some delicious meals and take them to nearby Ellis Square for a leisurely outdoor dining experience.

Take a Swig: Savannah has several distilleries and breweries where you’re invited to taste the wares and learn about the production of some of the finest spirits in the South. Service Brewing Company and Southbound Brewery will appeal to the beer lovers in your group, while the Ghost Coast Distillery shows why their locally-made vodka is already becoming known across the region.

Progressive Dinner: Why choose one restaurant when there are several within an easy walk? You can have appetizers at one location, a main course at another before ending up at Leopold’s Ice Cream, named one of the top 10 ice cream parlors in the world, for dessert. Or have Leopold’s meet your group in one of Savannah’s beautiful squares with their old fashioned ice cream carts.

Taste of the Town: Learn about Savannah’s thriving homegrown retail venues. Start with the Savannah Bee Company for a free honey tasting, then move on to The Salt Table, where your group can sample the special blends made just for Savannah, as well as learn about how the salts and seasonings are acquired and mixed.

Cook & Cruise: Your group will be treated to an informative and fun culinary demonstration aboard a Savannah 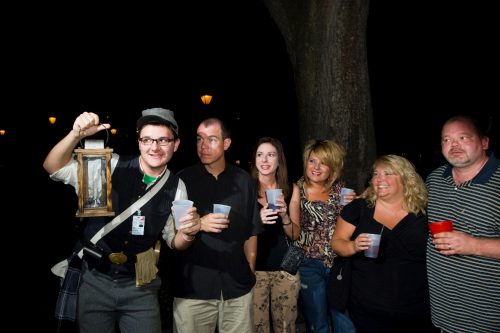 Riverboat Cruise before setting sail for a delicious lunch and afternoon cruise down the Savannah River.

Partake with the Pirates: Since 1753, The Pirates’ House has been welcoming visitors to Savannah with a bounty of delicious food and drink and rousing good times. First opened as an inn for seafarers, the establishment fast became a rendezvous for bloodthirsty pirates and sailors. It’s also one of the most well documented haunted buildings in America.