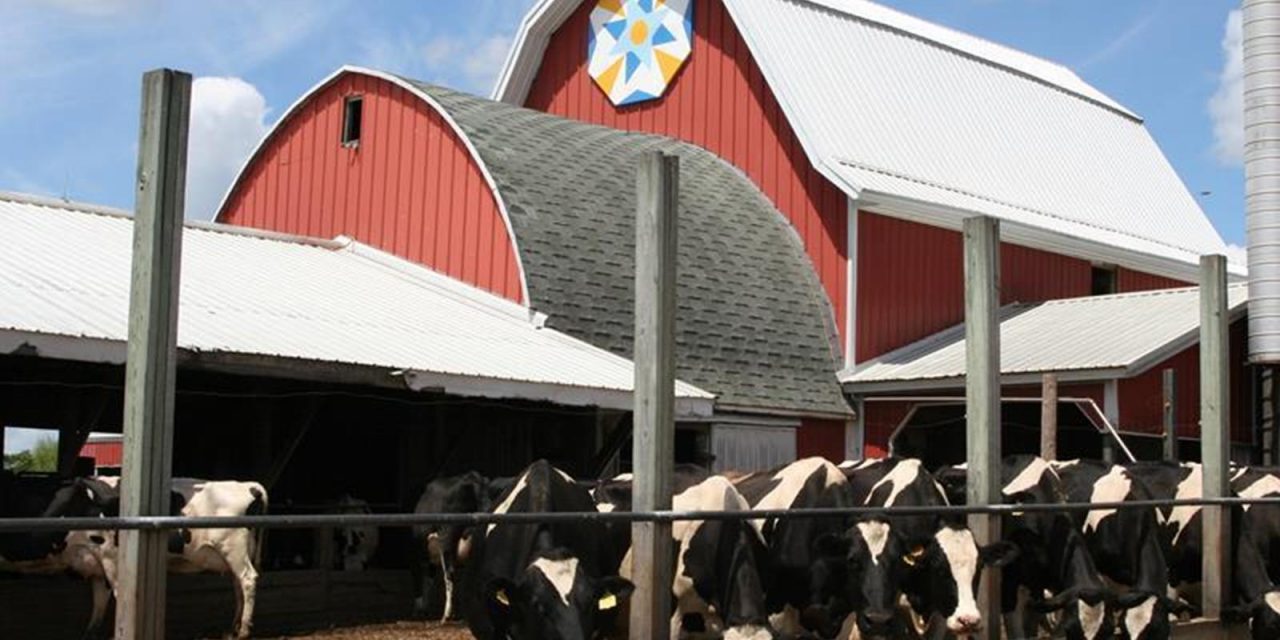 Cheese—it’s a way of life for many of us. Parmesan and provolone, feta and fontina, gruyere and gouda, blue and brie, mozzarella and muenster, cranberry cheddar and horseradish havarti—the variety is endless. We put it on burgers, salads and pizza. And who doesn’t love a good grilled cheese sandwich or dunking crusty bread cubes into a bubbly pot of fondue?

You really feel you’ve arrived in America’s Dairyland (the state’s license plate tagline since 1939). Atop the crests of roller coaster roads, you can see far and wide across this idyllic kingdom—classic Midwestern farmland.

The hills and meadows reminded the area’s Swiss settlers of their homeland, and touches of Switzerland color any visit to Green County, which once reigned as the Swiss Cheese Capital of the United States. Until the 1920s it was producing nearly a third of the country’s cheese and still boasts the state’s largest concentration of cheese factories (13), two of them specializing in Hispanic varieties. 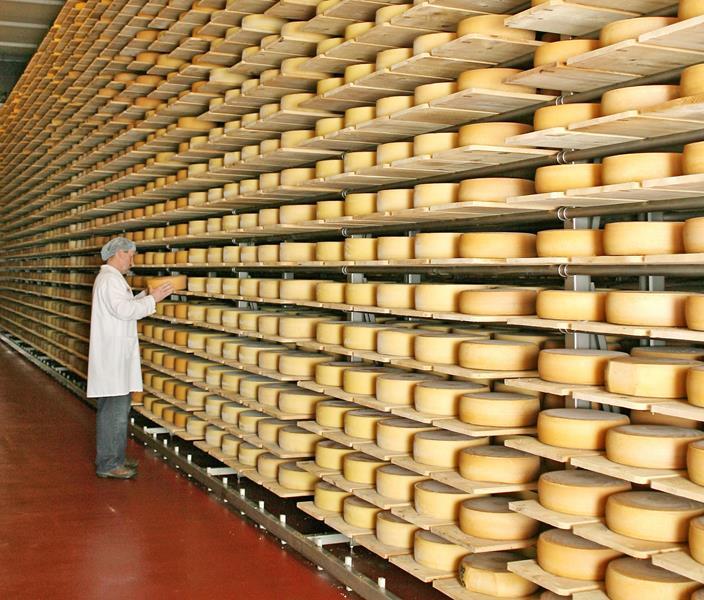 The best place to start a cheesy journey through Green County is the National Historic Cheesemaking Center in Monroe, 45 miles south of Madison. Museum exhibits and a 10-minute video tell all you need to know about curds and whey. Did you know it takes 10 pounds of milk to make a pound of cheese? Or that Wisconsin’s 115 cheese factories produce 600 varieties?  You learn that salt plays a major role in the curing by lowering the moisture, enhancing the flavor and preventing over-ripening. The center displays cream separators, copper kettles and other antique equipment, but its pride and joy is a humble wooden shed with a brick chimney. Recently discovered just as it had been left in 1917, with all equipment intact, the Imobersteg Farmstead Cheese Factory was moved to the museum grounds from just over the border in Illinois.

Many folks around the country may associate Monroe with The Swiss Colony, a mail-order company founded in 1954 by Ray Kubly, who had started the enterprise decades earlier as a home business shipping cheese through the mail. The Swiss Colony today is part of Colony Brands, a direct-marketing company run by Kubly’s son and grandson. Its extensive portfolio of food and non-food businesses includes Montgomery Ward—yes, it’s still around.  Discounts on Swiss Colony cheeses, pastries, candy and sausage are offered at the Monroe Outlet Center, which also sells clothing, jewelry and other merchandise marketed in Colony Brands catalogs. The tortes, petits fours and other baked goods are made right down the road at Swiss Colony’s plant. The outlet store gives a Swiss Colony goody bag for everyone on the bus.

Alp & Dell Cheese Store, with its Swiss-style facade, is another popular stop in Monroe. Like The Swiss Colony, it offers free samples and attractive prices. Choose from 150 cheese varieties; specialties include gruyere, havarti, gouda and montanella (a traditional Alpine mountain cheese).

Noreen Rueckert, director of Green County Tourism, said, “I would say 90 percent of bus groups go there for a tour and tasting. The store owner (Tony Zgraggen) is a Swiss native who will often get on the bus and do a welcoming or departing yodel. Groups love it!”

Monroe, with a population of 10,800, is the “big cheese” of Green County and has plenty of group-friendly places to shop and eat on and around Courthouse Square, the focal point of downtown. For classic Wisconsin atmosphere, visit Baumgartner’s Cheese Store & Tavern, a place that hasn’t changed much since it opened in 1931. The adventurous will order a limburger sandwich, served on rye with a raw onion and sweet mustard on the side, or even combined with liver sausage. Known as the “stinky” cheese, this semi-soft variety is made at the local Chalet Cheese Cooperative, the only place in the U.S. that makes limburger. A sign on the wall advises, “Limburger: Don’t Eat it with Your Nose.”

The Historic Green County Courthouse, a grand stone building distinguished by turrets and a soaring clock tower, dominates the square. Rueckert often welcomes groups to Monroe with a Power Point presentation and talk before they’re let loose to explore the 1892 building, which houses county offices. In the stately courtroom, no longer used for court, tour members have a photo op with judge’s robe, gavel, and shouts of “guilty” and “order in the court.”

Just blocks from Courthouse Square is Minhas Craft Brewery, where tours include sampling and take-home gifts. Formerly Joseph Huber Brewing Co., this is the Midwest’s oldest brewery (founded in 1845) and second oldest in the nation (after Yuengling in Pennsylvania). The historic plant was purchased in 2006 by a Canadian brother-sister team, Manjit and Ravinder Minhas, the youngest brewery owners in the world. Many of the beers are brands for the Canadian market, but the product line also includes Huber Bock, Rhinelander and Lazy Mutt Farmhouse Ale. Minhas also makes Blumer’s premium sodas—the black cherry is super. The brewery houses the nation’s largest beer memorabilia museum. Across the street, the new Minhas Micro Distillery, offers its own tours.

Turner Hall of Monroe, a chalet-style building a block from the brewery, serves up a taste of the area’s Swiss heritage amid Old World trappings. Its Ratskeller Restaurant, decorated with Swiss art and shields from the cantons of Switzerland, can offer groups a buffet with both American fare and Swiss specialties. Ethnic entertainment can be arranged. 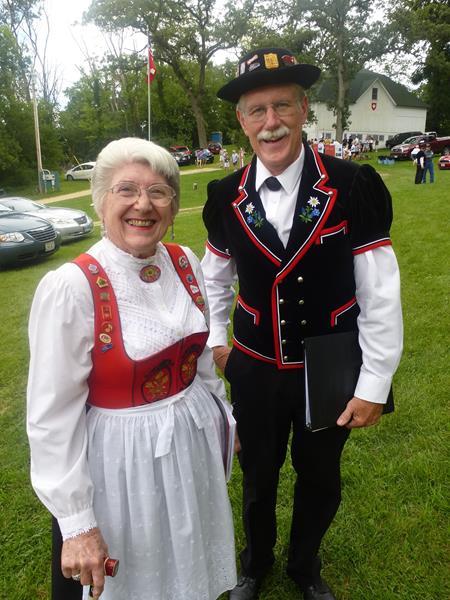 For a true Swiss experience, drive north a half hour to New Glarus, “America’s Little Switzerland.” With photogenic buildings in classic Swiss styles, some adorned with flower boxes, the storybook town of 2,200 is right out of Heidi. It just made me want to yodel, not that I know how.

New Glarus Hotel Restaurant, housed in a former hotel built in 1853, is a great place for a Swiss lunch or dinner. The chef will do a fondue demo and then have the group taste it as an appetizer. Popular main courses are Wienerschnitzel (breaded veal cutlet) and Geschnetzlets (thin slices of veal lightly browned and served with a light cream sauce). Swiss entertainment can be arranged. 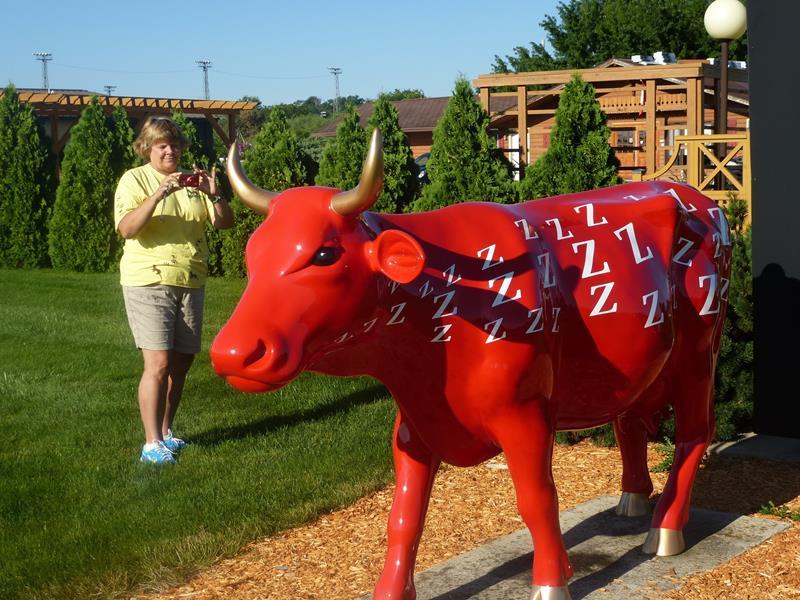 The restaurant’s sister property, Chalet Landhaus Inn on Highway 69, is a magnificent specimen of Swiss-style architecture, with its profusion of geraniums and petunias tumbling from balcony boxes. Just as photo-worthy are the inn’s two painted cow statues, part of the town’s Cow Parade, a collection of 15 fiberglass cows imported from Switzerland and decorated by area artists. With 67 rooms, Chalet Landaus is large enough to accommodate bus tours and has a restaurant.

Another magnet for groups in New Glarus is Swiss Historical Village, a collection of 14 buildings with exhibits that portray the life of early immigrants. Guides, many with family roots in New Glarus, take groups through the schoolhouse, church, log cabin, cheese factory and other structures (replicas or transplanted originals).

Swiss-themed festivals in New Glarus include the Heidi Festival (in conjunction with Taste of New Glarus) and Polkafest, both in June. The Wilhelm Tell Festival on Labor Day weekend features an outdoor pageant and yodel concerts.

For a totally different Green County experience, consider a tour of Sugar Maple Emu Farm in Brodhead. The gawky emu comes from Australia and often is confused with the ostrich, another long-legged, flightless bird. After a 15-minute video, Joylene Reavis (co-owner with husband Michael) will take you out to the pens to meet breeder couples like Phyllis and Phil, Freddie and Frieda, and Herkimer and Hilda.

The birds are raised for their lean tender meat, and the skin is used in leather goods. But most valuable is the oil rendered from their fat. Emu oil’s anti-inflammatory properties make it good as a burn relief ointment. It’s also used in gel cap supplements, hand creams and other products for sale at the farm. From the freezer you can buy emu hot dogs, steaks and summer sausage.

Groups in Brodhead can have lunch at Country Lane Bakery, one of several Amish businesses in the area. The Amish ladies do an old-fashioned, home-cooked meal, accommodating half the bus in the bakery, the other half in the adjacent farmhouse.

Rueckert estimates about 75% of all groups in Green County do a Barn Quilt Tour with volunteer step-on guides who point out many of the 125 or so artist-decorated barns. She said, “The tour isn’t just about the quilts, but also about the family farm and agriculture. I love their stories about why a quilt is named what it is, or why a particular pattern was chosen.”

So, when you think Wisconsin countryside, think Green County. Start dreaming of cheese curds and fairy-tale landscapes. And begin training your vocal chords to see if you can belt out some melodious yodeling.