Updates on Cruising Solo within a group

Over the years it’s always been easier to coordinate a group based on double occupancy per stateroom. When it comes to  members  of your group who might be travelling alone  (without a roommate)  and  have to book the stateroom based on single occupancy, it’s a different story. Surcharges are  involved. Over the past few years, however,  we’ve seen some cruise lines focus on this a bit more. Although not all policies have changed, it’s still good to get a pulse on what a group member might be looking at  as far as rooming alone, yet being a part of your group. 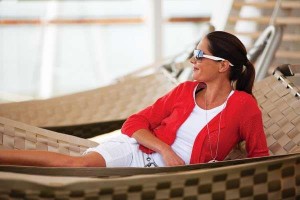 When it comes to surcharges for people who prefer to book a stateroom as a single, contemporary cruise lines  tend to charge the 200% of the cruise fare for single occupancy rate. Usually they are only charged one set of port charges and non-commissionable fees. A few cruise lines that fall into this category include  Royal Caribbean International, Celebrity Cruises, Holland America Line, and Carnival Cruise Lines.

Princess Cruises’ rates for single occupancy can range from150 % to 200%, depending on a few factors – some possible promotions that will vary with the ship, sailing date, and itinerary. 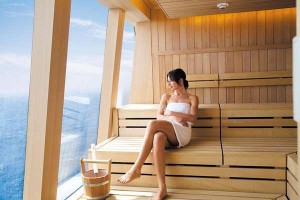 Norwegian Cruise Line led the way with the debut of the Solo Staterooms first launched on the  Norwegian Epic, as well as the Norwegian Breakaway, which just debuted earlier in 2013, along with their new Norwegian Getaway, which starts sailing in 2014.

When it comes to groups, if someone prefers to have one of the Solo staterooms on Norwegian Cruise Line, it must first be book through individual reservations but then can be transferred into the group booking.

When Royal Caribbean International’s new Quantum of the Seas enters service in 2014, she’ll also feature the cruise line’s single occupancy studio staterooms. However, those studio staterooms will only be sold in conjunction with connecting junior suites, which comprise the brand new Family Connecting Stateroom  category.

We’ve seen  more of cruise lines offering some special promotional rates that might offer a reduced rate for single occupancy, and these tend to vary. When it comes to more of the high premium and luxury cruise lines, they seem to be leading the way as far as offering special promotions for guests who either are traveling solo, or prefer to have their own stateroom when sailing with friends and family. Azamara Club Cruises  is one. They have select voyages where singles pay just 125%  of the double occupancy fares.

As far as Uniworld Boutique River Cruise Collection, they do charge a single supplement for single occupancy which can range between 150% to 200%. The actual percentage will vary depending on the sailing date, cabin category, and whether this is for a standard cabin or suite.

As far as how the waived single supplements are handled within  group booking?   These waived single supplements are available to guest that are part of a group, provided that waived or reduced single supplement offer is available at the time of booking. And travel professionals can still book those  guests through Uniworld’s  group department and just need to request the offer at the time of the booking. Uniworld’s  group department can be contacted by calling 1 – 800 – 425 – 0043 or emailing  groupinfo@uniworld.com.   And of course, they have local Uniworld Boutique River Cruise Collection sales managers.

By the way, Uniworld Boutique River Cruise Collection’s newest ship, the S.S. Catherine, debuts in 2014, and she will have one dedicated single stateroom onboard.  This  Category 5 single cabin is 120 square feet, and will be available without a  single supplement add-on.

As far as Avalon Waterways single guests may pay up to 155% more if the they opt to secure a stateroom with no roommate, but that’s not the case on every ship and sailing. Avalon Waterways offers dozens of “no single supplement” cruise departures each year. These can be found on their  “limited time offers” page on their web site, which can be found at  http://www.avalonwaterways.com/River-Cruise-Deals/

Avalon Waterways is  currently updating their “limited time offers”  information with 2014 cruises  which should be available soon. And they will showcase which cruises in 2014 will benefit from the “no single supplement” offer.

And another quick note – the “solo price”  would be the same whether the person was traveling as an individual or as part of a group, so when booking your group, you can simply deal with their group department reservations.

Besides checking to see if a particular cruise line offers special promotions when it comes to the single occupancy rates?    Another option might be to consider arranging roommates. A  travel industry colleague who arranges several  group cruises each year, including a special holiday one, will arrange for members of her  specialty cruise to room together. Yes, it does take some additional effort, but she’s also found that  these people tend to become good friends and then room together on the next cruise. And it’s also helped expand the number of cruise guests that opt to do this particular cruise.