Trips with a Spanish Accent

Do you have travelers who would love to go to some of Mexico’s colonial cities but are uneasy about visiting that country right now?  Why not take them to one of our own country’s lovely cities that were founded by the Spanish or the Mexicans and offer just the atmosphere these folks may be looking for. 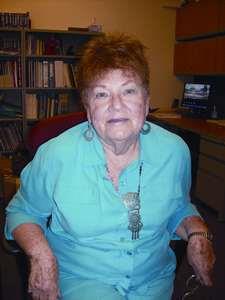 Many of us think that our country came about due to the Pilgrims or early explorers along the Atlantic Coast or perhaps by people fleeing the potato famine in Ireland or debtors’ prison in England. In actuality many of the early settlements were from Spain and Mexico, like the three cities below.

A most attractive destination with a Mexican flavor is San Antonio, named for Saint Anthony of Padua. Founded in 1691 when a Spanish expedition stopped in the area, it’s now a thriving metro area of over two million. Its two most popular features are the historic Alamo and the enchanting River Walk.

During the 1700s the Mexican mission period left its mark. Then in 1836 Mexican General Santa Anna and his men were able to take the Alamo after a bitter 13-day Texan holdout. Today the Alamo compound remains the city’s major historic site and the phrase “Remember The Alamo!” still symbolizes a struggle against impossible odds.

The Alamo may be the city’s most famous landmark but undoubtedly the River Walk has become its most popular spot. The river, lined with cafes and shops, meanders through the downtown area. Touring by boat while being serenaded by mariachis is a top experience for visitors. The Christmas-New Year’s period with its Festival of Lights, plus the summer folkloric and flamenco shows, are prime times to visit.

Another city with a Hispanic history is St. Augustine, the nation’s oldest city. It was here in 1565 that Spanish explorer Pedro Menendez established the first successful European colony in the U.S., although Ponce de Leon had already discovered Florida as early as 1513. One can visit the Archaeological Park where he came ashore and drink from the “Fountain of Youth.”

One of the most popular times to visit is during the Night of Lights, a festive period from Nov. 23-Jan. 31. Millions of tiny lights appear in the windows, a custom tracing its origins to the Spanish tradition.

The full name of the nation’s second oldest city is La Villa Real de la Santa Fe de San Francisco de Asis. Slightly over a mile high in altitude, Santa Fe was founded by Spanish missionaries a decade before the Pilgrims reached Plymouth Rock. The area was originally occupied by a number of Pueblo Indian villages founded during the period 1050-1150, and the city today not only carries the heritage of the Spanish but of the earlier Indian cultures as well.

Santa Fe has become known as a mecca for artists and writers, such as Georgia O’Keeffe and D.H. Lawrence, and is now designated as a UNESCO Creative City. It’s the third largest art market in the U.S. (after New York and Los Angeles).

Santa Fe is a chic city with inviting hotels, many built in the flat-roof, earth-toned adobe look featuring a cozy fireplace here and there to take the chill off a cold winter night. The city is laid out according to the “Laws of the Indies” established in 1573 by the Spanish King Philip II, with the Cathedral on one side of the central plaza and the Palace of the Governors on the other.

Whichever of these Spanish-flavored cities you choose for your group’s next trip, you really can’t go wrong.