Until they tour the Alamo, many first-time visitors to San Antonio are unaware that this shrine to Texas liberty was a Spanish mission long before it was the scene of the famous battle pitting a small band of Texans against a Mexican army of thousands. 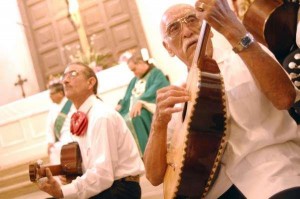 Known as Mission San Antonio de Valero when founded in 1718, the Alamo was just the first of five missions established by Franciscan friars along the San Antonio River back when the government of Spain was trying to expand its colonial empire in the New World.

Not only do the other four missions still exist, but they are active Catholic parishes overseen by the Archdiocese of San Antonio. The grounds, ruins and museum exhibits of each are administered by the National Park Service. Together the four missions comprise San Antonio Missions National Historical Park, a major tourist draw. They’re all located south of downtown San Antonio, just a few miles from each other.

When visitors see Franciscan brothers striding around the complexes, they sometimes think these men in brown robes are role-playing as historical interpreters, said Al Remly, the park’s chief of interpretation.  But they actually serve local parishioners, some of whom are descendants of the missions’ original inhabitants.

Bremly said the historical park in 2015 will apply to UNESCO for World Heritage Site designation. 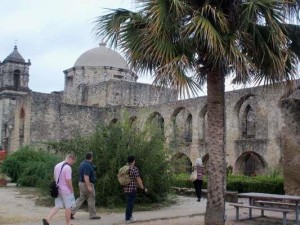 If your group has time for only one mission, it should be San Jose, “Queen of the Missions.” Built from 1755-1787, San Jose is the largest Spanish mission in Texas and the second oldest (after the Alamo). The excellent visitor center at San Jose provides a good overview of the park through museum exhibits and a 23-minute film on the story of these self-contained communities where native people learned trades and were taught the Gospel. Park rangers or docents can provide tours for groups.

The Baroque-style church at San Jose, the most architecturally impressive of the missions, is distinguished by its rose window and an ornately carved facade telling the story of Christ from birth to death. A highlight for many visiting worshippers is the Mariachi Mass at 12:30 every Sunday. Another popular feature at San Jose is the restored gristmill that grinds wheat into flour.

Within the stone walls of Mission San Jose lived 300 people, most of them Indians who traded their hunter-gatherer past to become farmers, weavers, millers, stone masons, cowboys and shepherds. The missionaries taught them Christianity and new languages—Spanish and Latin. Though some Indians fled the missions to return to their old life, most accepted Catholicism and actively took part in Spanish society. 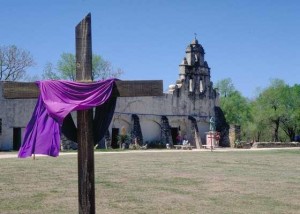 At the smaller, a demonstration farm will make its debut this year. The chapel is noted for its open bell tower, and there’s a nature trail on the grounds. Mission San Francisco de la Espada is also small and the most remote, while Mission Concepcion, with the nation’s oldest unrestored Catholic church, is the closest of the four to downtown San Antonio.

These compounds are located south along the Mission Reach, an eight-mile section of river being restored with walking and bike paths and other recreational features aimed at the eco-minded. Visible are remnants of the irrigation systems, a series of dams and aqueducts called acequias, that ensured the flow of river water to the missions’ fields. Mission Espada has the best preserved acequia system.

For information on San Antonio’s missions, visit www.nps.gov/saan or www.visitsanantonio.com.