Cunard Line’s Queen Mary 2, affectionately called the QM2, recently underwent a $132 million refurbishment that took place over a 25-day period. Following the significant upgrades, she sailed into Southampton on June 23, flanked by fleet royalty, the Queen Victoria and Queen Elizabeth and greeted by high-profile guests. Then the QM2 set sail on her transatlantic crossing to New York. So what was included in her royal makeover?

The QM2 and her remastering

The QM2, launched in 2004, is best described as a true ocean liner rather than a cruise ship. Her hull is much thicker than that of a typical cruise ship, and the prow (the forepart of a ship) was built to more easily navigate through North Atlantic waters. Elegant with a British flavor, the QM2 accommodates 2,592 guests based on double occupancy. 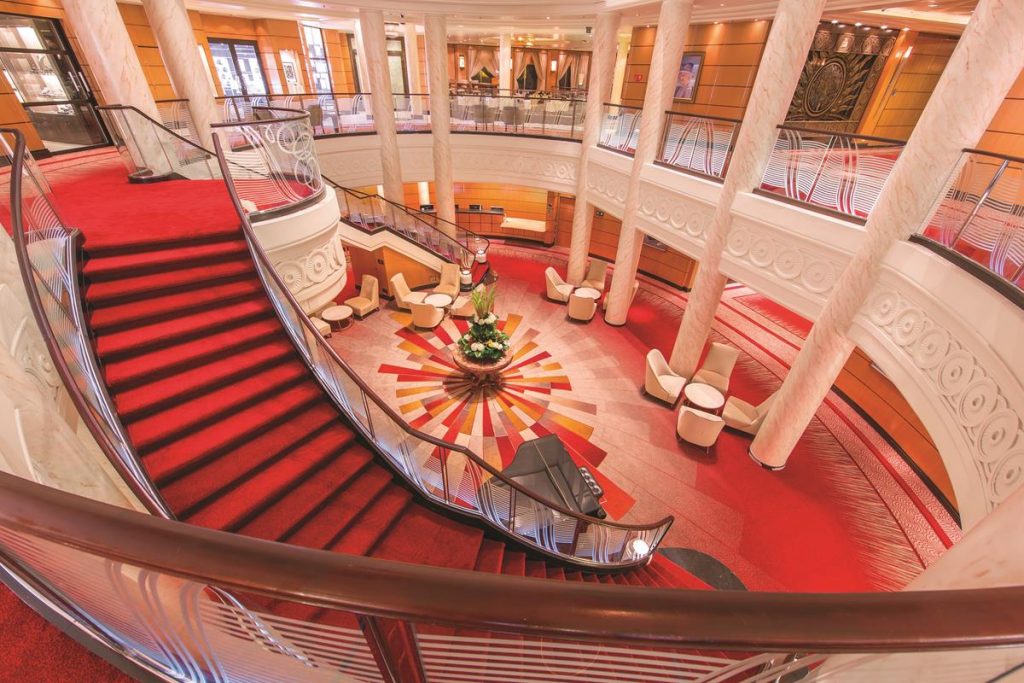 The transformation included the redesign of key public areas, including the Queens Grill and Princess Grill restaurants and suites. Staterooms also were updated. The addition of 15 Britannia solo staterooms follows a growing trend across the cruise industry. (Cunard Line’s Queen Victoria and Queen Elizabeth each added nine single staterooms in 2014 and 2010, respectively.) Also, 30 Britannia Club staterooms were added as were five inside staterooms. The Kennels, which allows dogs and cats to travel with their owners on transatlantic sailings, also went through some transformations. It is the only one of its kind at sea. Cunard enhanced the Kennels owners’ lounge area and added 10 more kennels along with a larger outside walking area, complete with a New York fire hydrant and Liverpool lamp post so canine guests could feel a bit more at home. 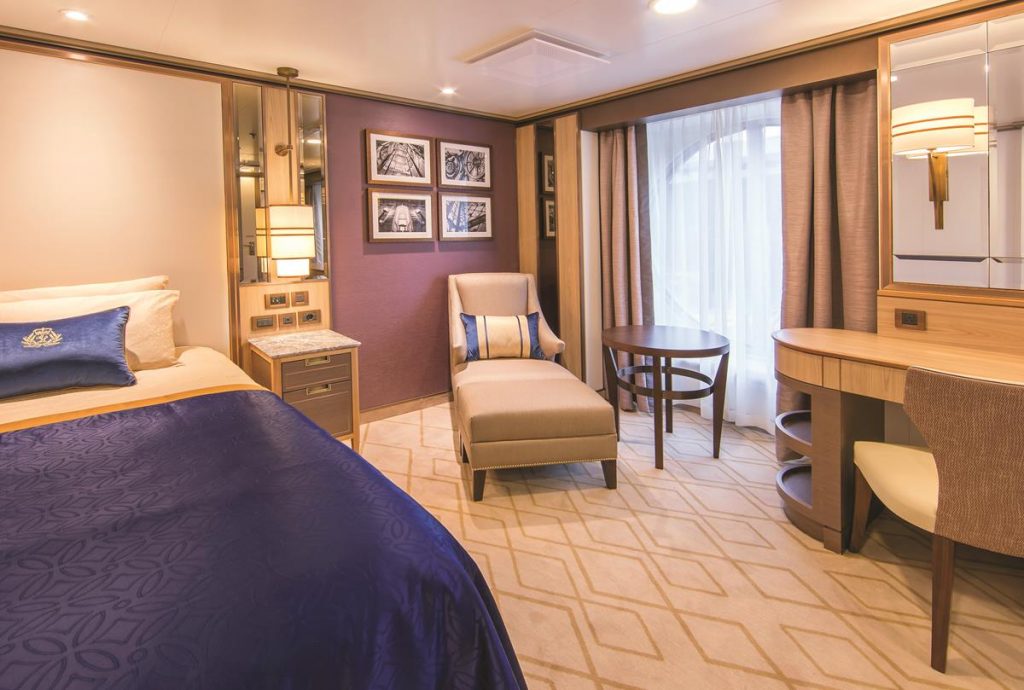 Other parts of the renovation included over 594,000 square feet of luxurious new carpeting, some 4,000 new framed pictures and a complete repainting of the ocean liner’s exterior, plus technical enhancements.

The King’s Court received a fresh layout, and guests can enjoy new interactive experiences. New menus along with a reconfigured seating arrangement, with pre-set tables and waiter-served drinks, are some of the changes. In the evening, guests will also find alternative dining options including Italian, Tex-Mex, Pan Asian and Indian cuisine. 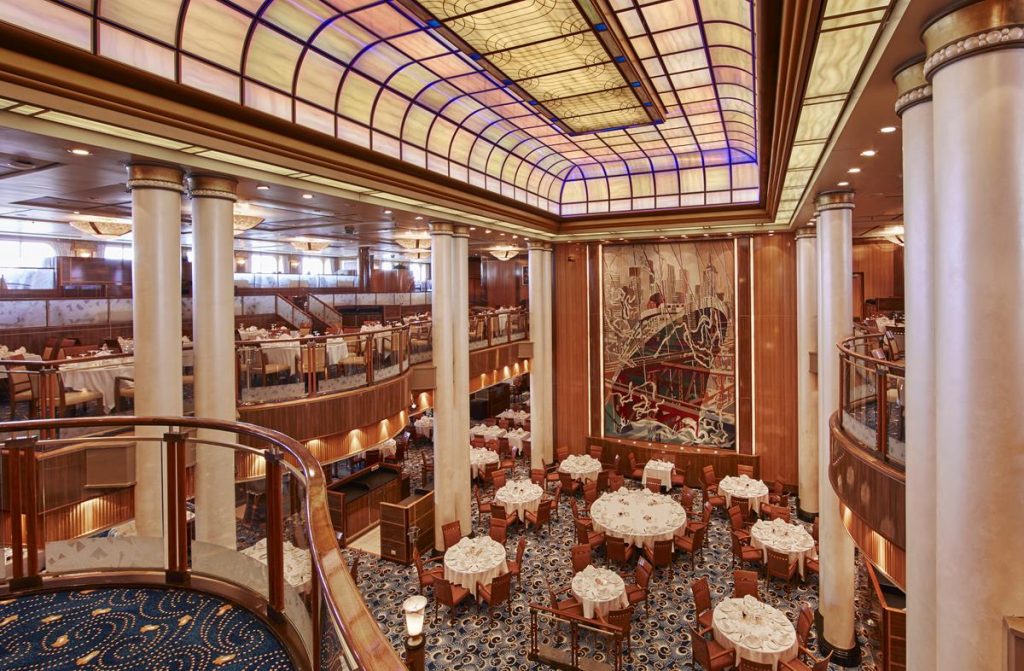 The new Verandah restaurant takes the place of the former Todd English restaurant. The Verandah features the flavor of French regional cuisine using seasonal produce. Previously added onboard the Queen Elizabeth and Queen Victoria, the Verandah is an extremely popular dining option for guests. An additional surcharge applies.

Carinthia Lounge has been designed to be one of the most stylish areas on the QM2. The area had been home to Winter Garden and has been completely redone. It has a dedicated patisserie and serves breakfast, lunch and afternoon tea. The atmosphere changes in the evening, when the Carinthia Lounge turns into a gathering spot where guests can enjoy small plates, premium wines and a relaxed entertainment venue. 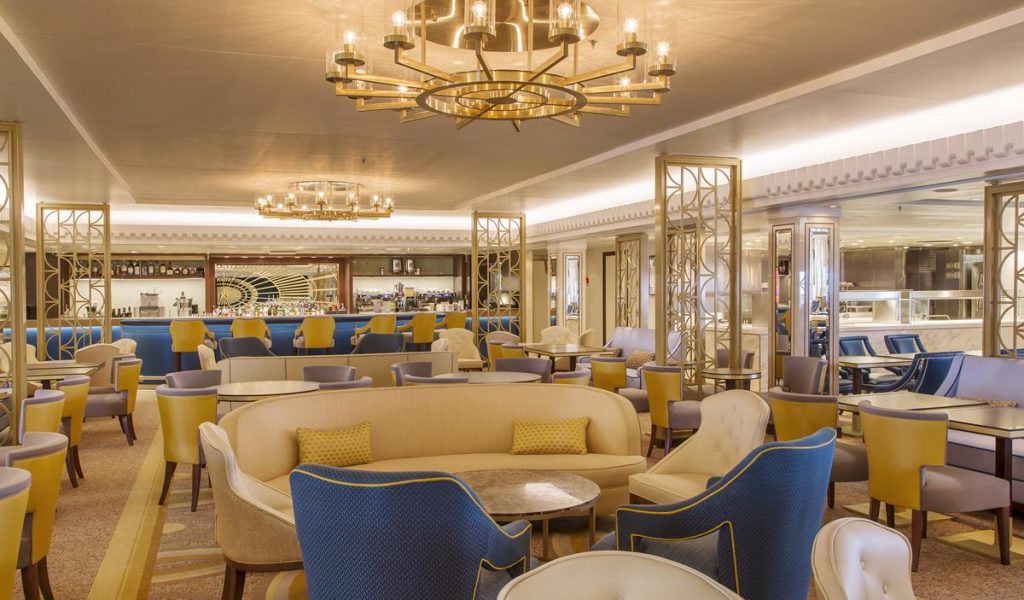 Both the Princess Grill and Queens Grill suites and their restaurants have undergone refurbishments and redesigns. And the Britannia Restaurant has been expanded.

Mark Oldroyd, executive chef of the Queen Elizabeth and Queen Victoria and his twin brother, Nicholas Oldroyd, have been working on ways to enhance and reinvigorate the menus on the QM2.

Cunard Line has been in operation for 176 years. Its first ship, the Britannia, crossed the Atlantic Ocean sailing on a grand voyage from Britain to America. The three-ship fleet, consisting of the QM2, Queen Victoria and Queen Elizabeth, today is known for its White Star Service and the Cunard Insights Enrichment Program featuring experts and celebrities.

The next chapter of the renovated QM2 provides a terrific option for any group seeking British refinement combined with a luxury environment and world-class cuisine.