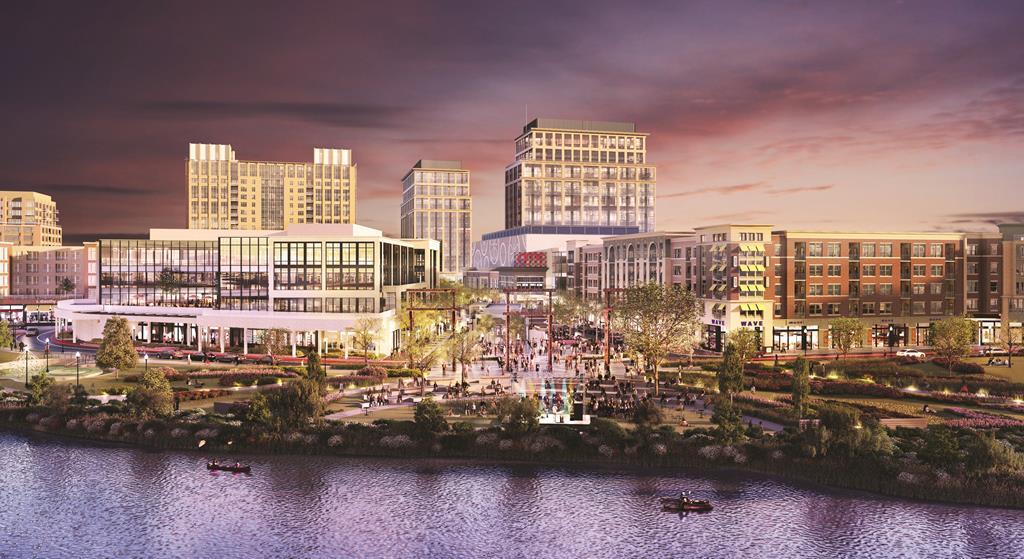 Boston and its metro area draw about 27 million visitors each year – not bad for a statistical population of 1.7 million. Just outside of Boston’s city limits, the city of Somerville is erecting a new and unique tourist destination: part shopping complex, part entertainment venue, part waterside park, with a fair amount of office space and apartments thrown in the mix.

This is Assembly Row, which is aiming to revitalize Somerville’s Mystic River waterfront while providing tourists and Boston residents alike with a place to shop, dine, see a show and possibly even live.

Its park, amphitheater, restaurants, cafes and bars add in a welcome respite from the urge to splurge.

For the moment, the Outlets at Assembly Row is still reaching completion; expect it to open sometime in the summer of 2014. 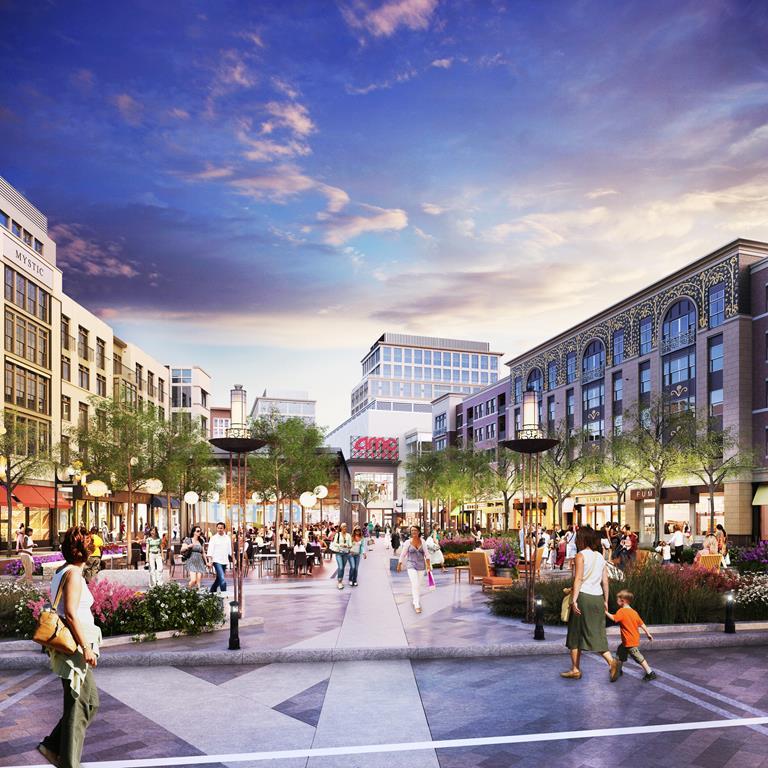 The name “Assembly Row” may not seem like the obvious choice for a shopping-work-living-entertainment space, but it does commemorate the area’s history quite nicely. The 45-acre parcel that Assembly Row occupies is the site of a former Ford Motor Company factory. After the plant shut down in the late 1950s, the land eventually became vacant and, according to the city, blighted. Assembly Row was envisioned as a way to refresh the waterfront area, providing an all-inclusive destination and adding a boost to the local landscape as well as the local economy.

Although Assembly Row is technically outside of Boston, it’s actually quite close to the downtown area. Just a few miles along I-93, Assembly Row is a convenient drive for anyone staying in Boston proper. And the development has its own MBTA station and T stop, making subway access a painless, low-traffic transportation option.

But location is far from the only thing that Assembly Row will offer tour groups.  There will be free, on-site motorcoach parking, plus an assortment of hospitality assistance options, including customizable shopping packages, meet-and-greets, VIP welcome packages, discount packages, gift cards, guided tours and welcome bags. Other perks include fixed-price menus and special group seating at restaurants and possible special pricing, single billing, pre-pay options or pre-approved accounts for groups above a certain number of people. And since Assembly Row will be a working space as well as an entertainment and shopping destination, there are also plans in place for the spouses and significant others of convention attendees.

Of course, all the convenience and revitalization that can be packed into city acreage mean nothing unless they are replete with things to do. Assembly Row’s outlets and retail spaces are still filling up, but the following stores, restaurants, and events are either currently in residence or have committed to being there soon: 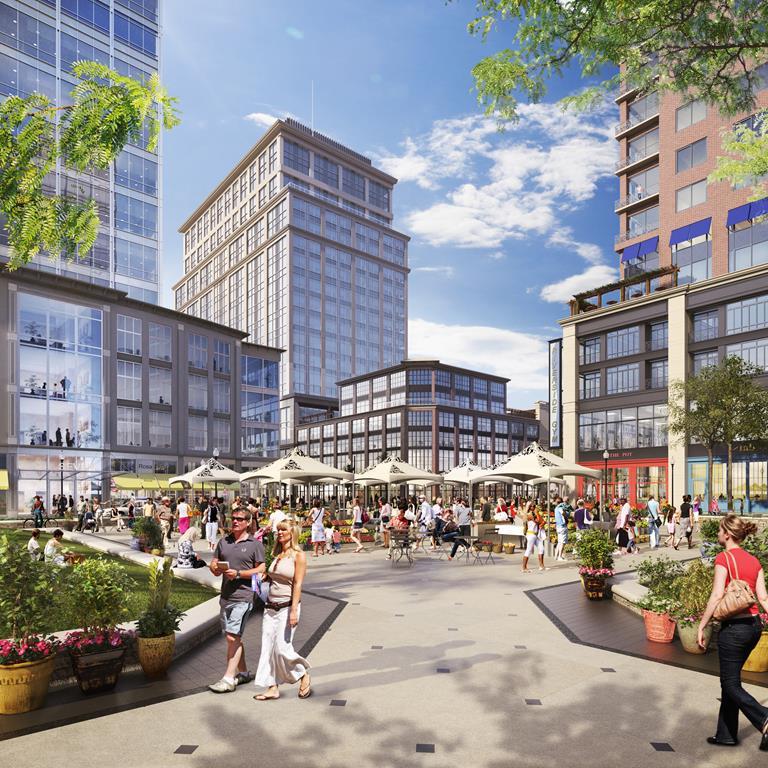 Reclaiming a faltering riverside by building a park, a shopping mall, an amphitheater or even a dining district is not a new idea. Assembly Row’s uniqueness lies in the fact that it is life’s four big activities rolled into one zone: eat, play, sleep, work. With a pedestrian-friendly waterfront, a six-acre park, outdoor cafes and a movie theater, Assembly Row is sure to tempt people to come and play. And with half a million feet of retail space, it’s guaranteed to convince people to come and shop.

There’s a lot of everything at Assembly Row – easy transportation for locals, easy parking for bus-going visitors, welcome bags and programs for groups.  Its mix of food, shopping and community events should make it one of metro Boston’s new favorite places to party.