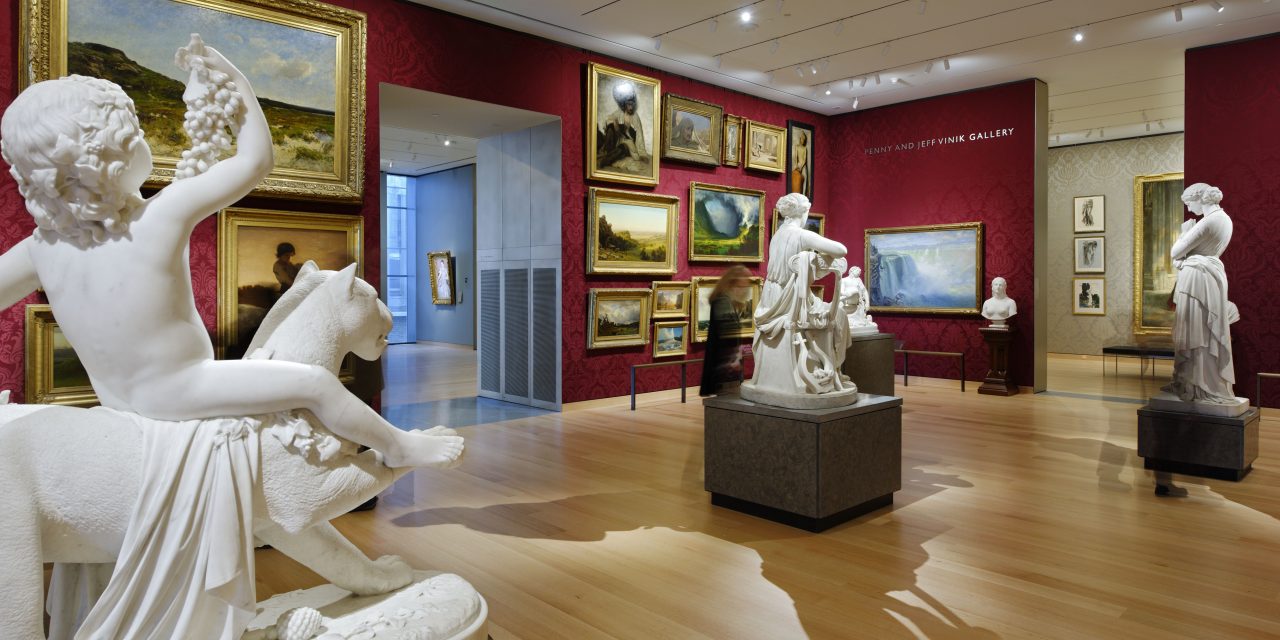 Compact and walkable, New England’s largest city is crammed with tour attractions, many of them landmarks relating to the birth of our nation. While Boston is inevitably linked to events that led up to the American Revolution, it’s also a modern, youthful city at the forefront of the latest trends. 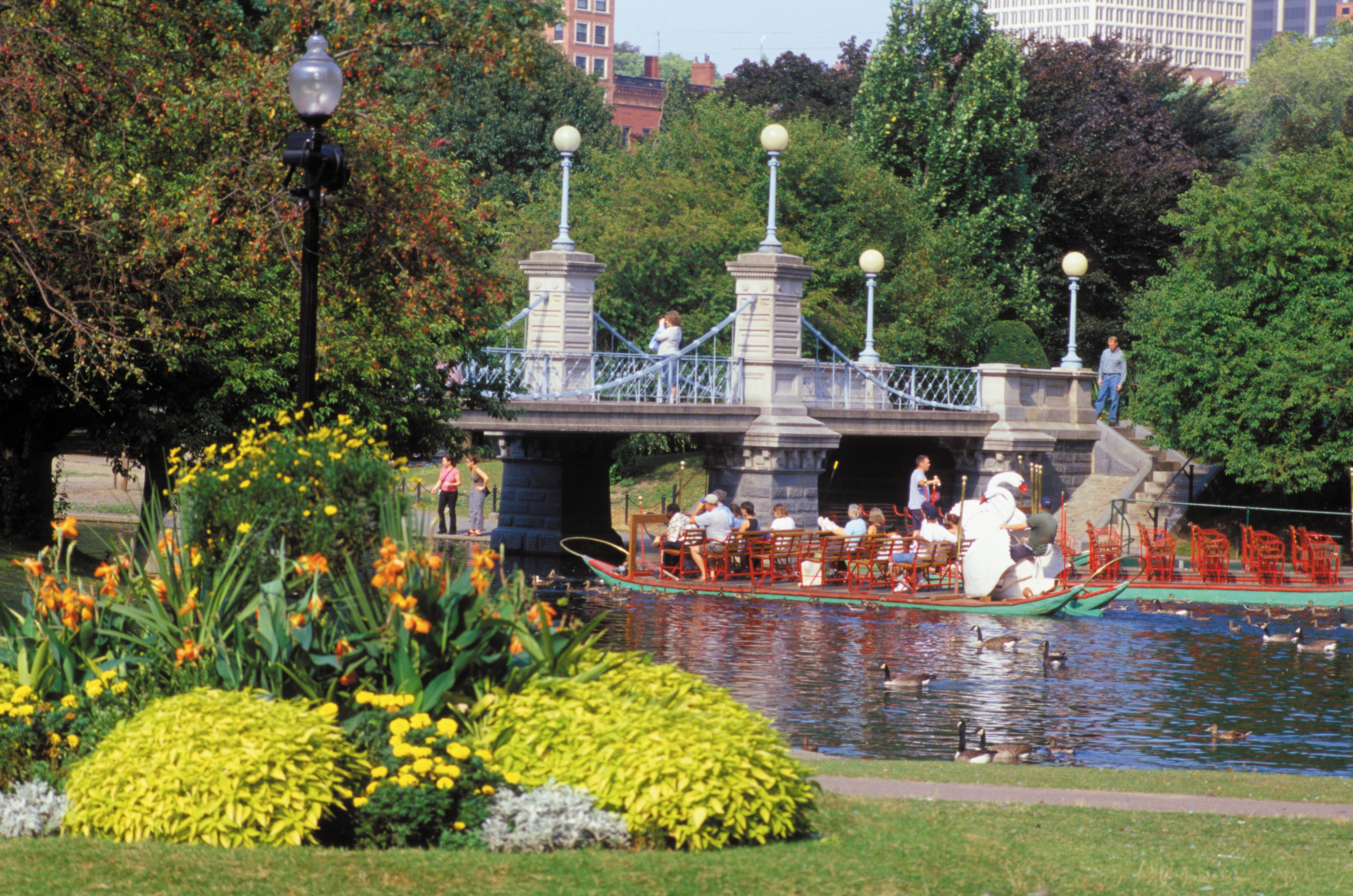 A good place to start explorations is along the famous Freedom Trail that winds through central Boston. Marked by a red line made of brick or paint, the 2½-mile path spotlights people and events right out of the history books. Some of these colonial-era sights make our list of must-sees on a tour of quintessential Boston.

Centered around historic brick buildings, this festival market is the perfect place to shop, eat, people-watch and absorb a little Revolutionary history. Food stalls in the 1826 Quincy Market building abound with treats, from gourmet cookies to fresh-shucked oysters. The cobbled alleys bustle with pushcart vendors, and you’ll find chain stores and specialty boutiques in the North and South Market buildings. Pause to watch jugglers, escape artists and other street entertainers, or pop into 1742 Faneuil Hall, a meeting place where early patriots gathered to protest British rule. (faneuilhallmarketplace.com) 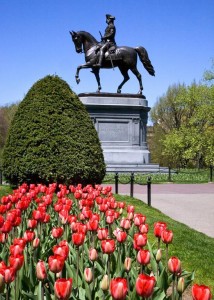 Boston Common, starting point of the Freedom Trail, and the adjacent Public Garden provide a green oasis in the heart of the city. Boston Common, the country’s oldest public park, dates back to 1634, while the Public Garden was established as America’s first botanical garden in 1837. Pedal-powered Swan boats, accommodating up to 20, offer a leisurely cruise on the Garden’s lagoon, framed by weeping willows. Both parks abound with monuments. The Garden has a majestic bronze statue of Gen. George Washington on horseback. (swanboats.com) 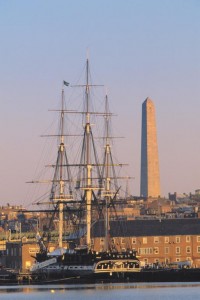 At anchor in Charlestown Navy Yard, this three-masted frigate is better known as “Old Ironsides.” Part of Boston National Historical Park and a major stop on the Freedom Trail, the world’s oldest commissioned warship afloat was launched in Boston Harbor in 1797 and saw action in the War of 1812. Active-duty sailors show visitors around the ship. Just inland is the USS Constitution Museum. National Park Service rangers give free tours of the U.S. Navy base. Nearbyis Bunker Hill Monument. (history.navy.mil/ussconstitution)

Located on the Freedom Trail in Boston’s North End, the city’s oldest church (1723) is famous for the role it played in the American Revolution. Two lanterns were placed in its steeple to signal to horseback messenger Paul Revere that British troops were coming (“one if by land, two if by sea”). There are plaques and markers throughout the church, one indicating the Revere family pew. In adjacent Paul Revere Mall stands an equestrian statue of the patriot and silversmith; nearby is the 1680 Paul Revere House, the oldest house in Boston. (oldnorth.com) 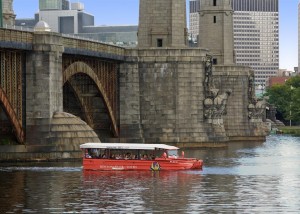 Thick with legend, the home of the Boston Red Sox is a beloved pilgrimage site for followers of America’s national pastime. Built in 1912, the oldest Major League ballpark in the country features a hand-operated scoreboard and 37-foot-high left field wall—the Green Monster. Year-round tours may include a dugout, the press box, a walk on the warning track and Red Sox Hall of Fame. Game tickets for the coveted, but cramped seats are hard to come by. (redsox.com)

Overlooking Dorchester Bay next to the University of Massachusetts campus, this shrine to our 35th president captures JFK’s legacy. See clips of the Boston native’s inaugural address and debates with Richard Nixon, and view a replica of the Oval Office. Exhibits spotlight Robert Kennedy, Jacqueline Kennedy Onassis, the civil rights movement, space program and Cuban Missile Crisis, plus the 1963 assassination and funeral. (jfklibrary.org)

The centerpiece of this waterfront attraction is the Giant Ocean Tank, a coral reef community that contains sharks, turtles, moray eels and hundreds of tropical fish, all visible from a ramp that winds around the four-story structure. It’s fun to watch the scuba divers at feeding times. Also popular are the Amazon Rainforest and a penguin habitat. Just outside the doors is the Atlantic harbor seals exhibit. The aquarium also has an IMAX theater. (neaq.org)

The enclosed observation deck on the 50th floor of the 52-story Prudential Tower affords 360-degree views of Boston, Cambridge and beyond.  See the gold dome of the State House, parks of the “Emerald Necklace” stretching into the distance and the Boston Harbor Islands. Enhancing the visit are interactive exhibits on Boston, an audio tour and the “Wings Over Boston” video in the theater. Two floors up is Top of the Hub restaurant and lounge. Lower levels of the Prudential Center house an indoor shopping mall with a food court. (prudentialcenter.com)