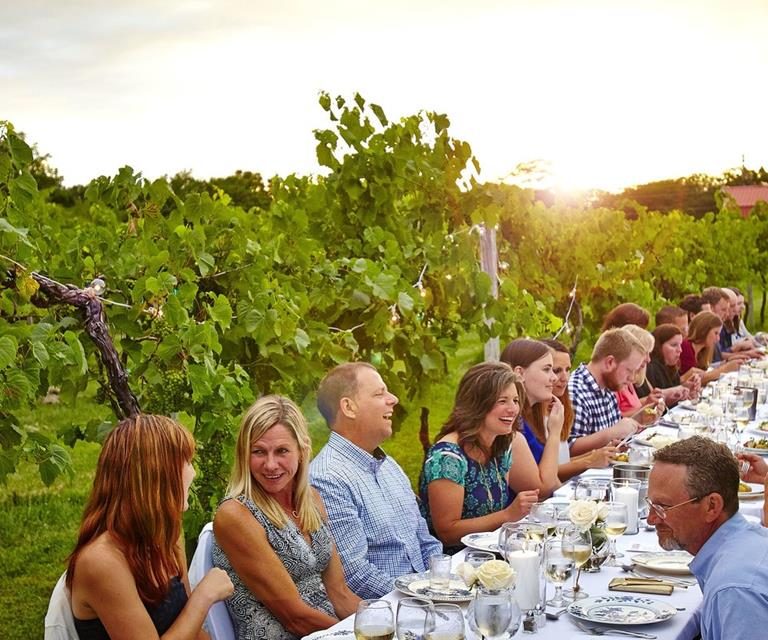 The 19th century saw waves of European immigrants flood into Iowa seeking a new life. Fleeing poverty or persecution in the Old Country, or just hungering for a fresh start in the New World, these hard-working folks — from places like Germany, Holland, Denmark, Norway and France — established communities across the state, bringing along their traditions, languages and religious beliefs. Even today, several generations later, reminders of their cultural contributions linger in towns and farming communities. Restaurants, shops, museums, festivals and historical attractions all lend a taste of Europe to Iowa itineraries. And lucky is the group whose visit coincides with a rousing ethnic festival. 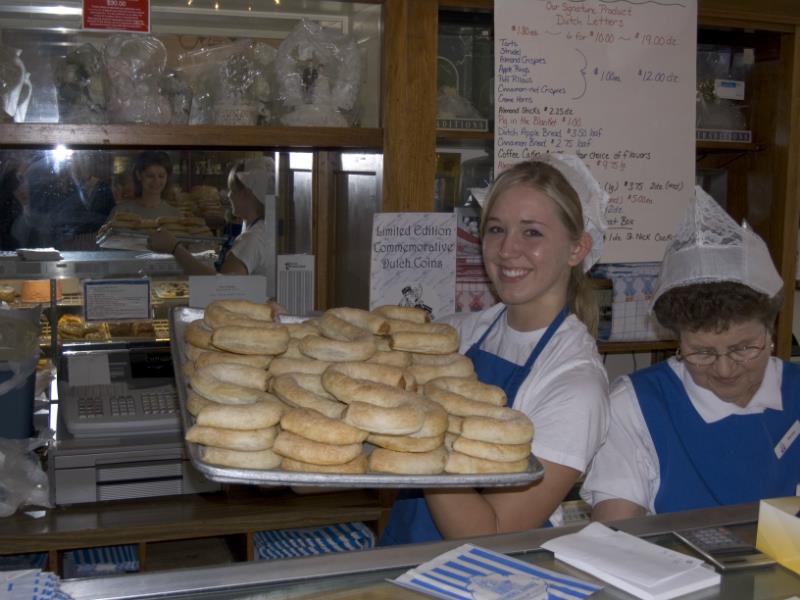 Pella is most famous for its Tulip Time Festival the first weekend in May, but the central Iowa town of 10,000 offers groups a Dutch touch year round. You’ll find gabled, redbrick buildings, shops that sell Delftware and wooden shoes, a canal and even a working windmill built in the Netherlands. 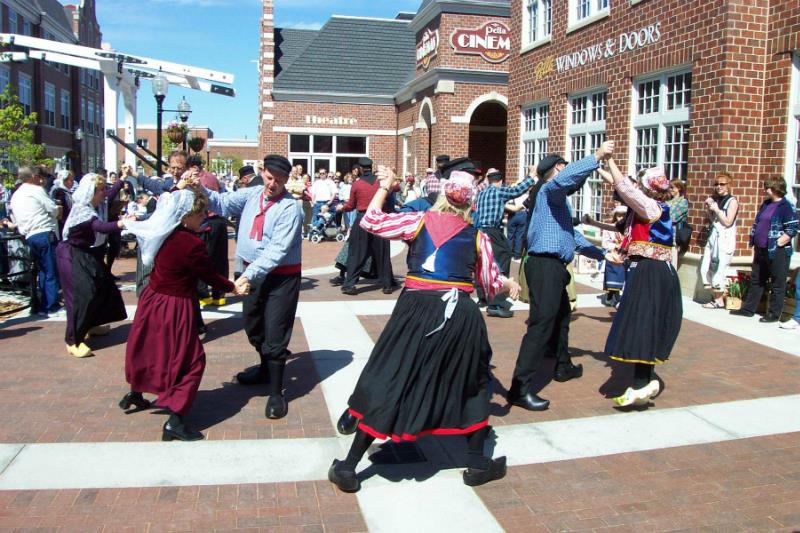 Some of the 20 original and replica buildings at Pella Historical Village display furnishings, art and artifacts that belonged to early Dutch settlers. Another downtown crowd-pleaser is the Klokkenspel clock with mechanical figures that perform several times a day to the music of a 147-bell carillon. And don’t miss Jaarsma Bakery, known for its cinnamon rolls, windmill cookies and Dutch letters (a flaky “S”-shaped pastry with almond paste filling). 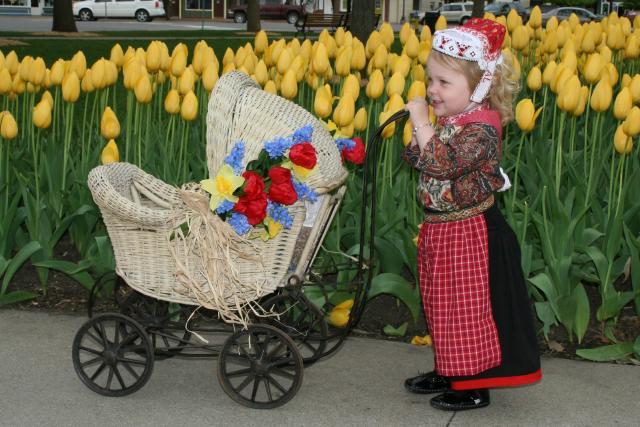 Groups will find a slice of Denmark in the western Iowa farming communities of Elk Horn and Kimballton, considered the largest rural Danish settlement in the country. Elk Horn is home to the 60-foot-tall Danish Windmill, which was built in Denmark in 1848 and reconstructed by volunteers in 1976 to honor the area’s Danish heritage.

The complex includes the largest Danish import gift shop in the U.S. Other attractions in Elk Horn are the Museum of Danish America and Bedstemor’s House, a restored 1908 Danish immigrant home.

The flavors of Europe enchant groups touring America’s heartland and Heritage Center in Decorah boasts the most comprehensive collection of Norwegian-American artifacts in the world. Its open-air section features 12 historic buildings, including pioneer houses and a Lutheran church. Decorah’s three-day Nordic Fest attracts 10,000 people on the last full weekend in July. 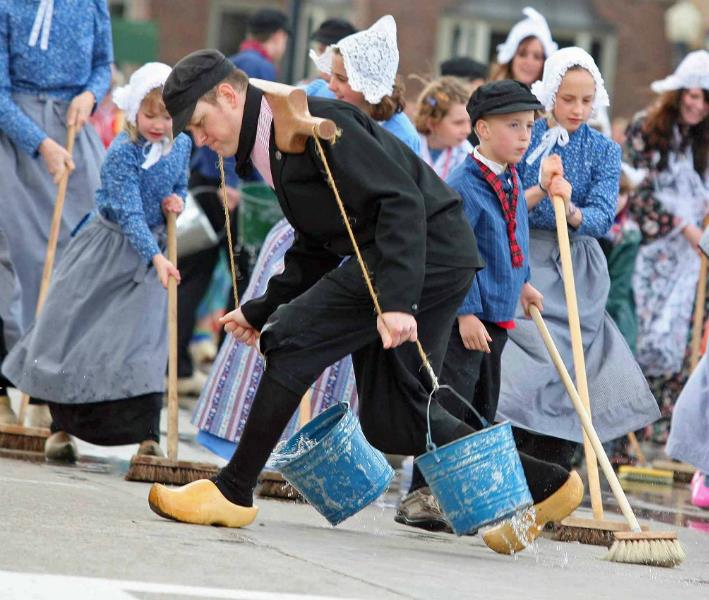 French Icarian Village, a living history museum three miles east of Corning in southwestern Iowa, tells the story of the longest-lived communal experiment in the U.S. The museum can arrange a group lunch in the 1878 refectory (dining hall) along with visits to the cemetery and 1860 one-room schoolhouse. The Icarians, known for their passion for the arts and education, established the utopian colony in 1852 and lived in the area until 1898.

The Germans were the dominant non-English-speaking group to settle in Iowa in the 1800s, and about half the state’s population can trace its roots back to Germany. The Amana Colonies in east-central Iowa, a collection of seven tidy villages settled by a German religious community in the mid-1800s, offers a peaceful slice of yesteryear for groups interested in history, handicrafts, dining and small-town life. Walking tours of the village of Amana are available, and step-on guides for an area tour can be arranged. Amana’s main street abounds with shops offering the creations of local artisans. Ronneburg Restaurant and Ox Yoke Inn dish up hearty German fare like sauerbraten and wienerschnitzel. Oktoberfest brings a bit of Bavaria to Iowa the first weekend in October.

Not to be confused with the Amanas are the Amish, another separatist society that spoke German and landed in southeastern Iowa at about the same time.

You won’t see horse-drawn buggies or plows in the Amana villages, but you will see them in Kalona, an Amish enclave about 30 miles south. A day in Kalona might include a tour of the countryside, a meal in an Amish or Mennonite home, and Kalona Historical Village.

In Manning, a western Iowa community founded by German immigrants in 1881, the main attraction is the German Hausbarn, a reconstruction of an authentic 1660 thatched-roof barn that housed families and their animals. The museum is part of Manning Heritage Park, which includes a restored 1915 farmstead and 1913 church. Groups can enjoy a German or American lunch in the dining hall.

The National Czech & Slovak Museum & Library in Cedar Rapids spotlights another ethnic group and its odyssey from the Old World to mid-America. Groups can have a catered Czech meal at the museum or dine at the Village Meat Market, known for its Czech goulash.

For a taste of Europe in the Midwest, Iowa offers all the right ingredients.