Get Your Motor Running 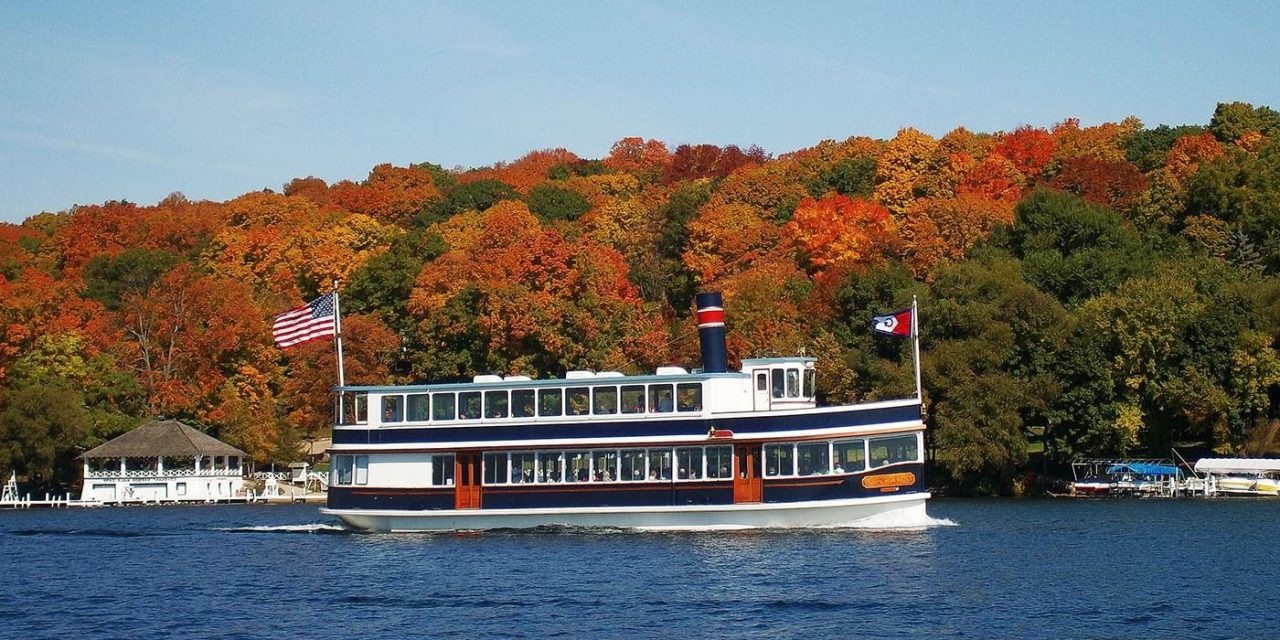 Rev it up. Ride the rails. Take a spin

In Wisconsin are significant and diverse tributes to the world of transportation. It’s enough to float any boat because chances are very good your favored mode for getting around is covered in a fascinating manner. 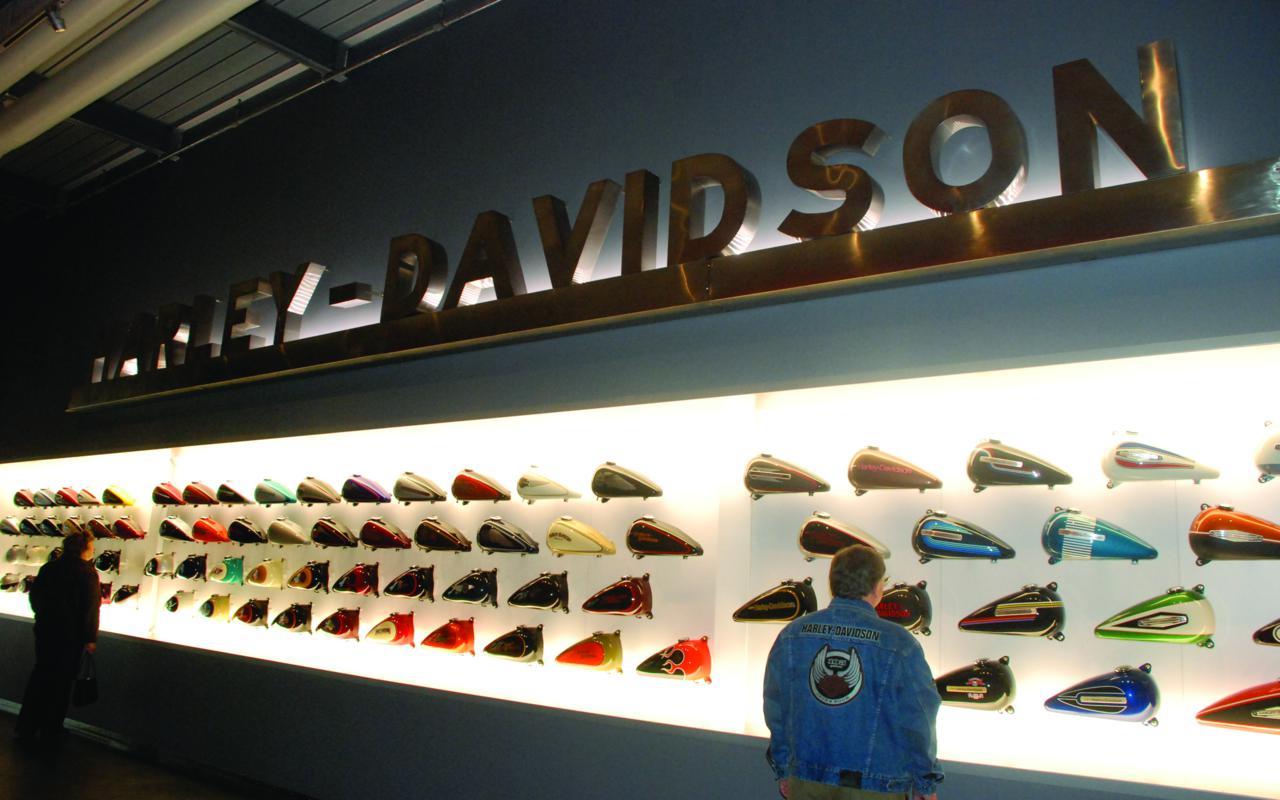 Motorcycle lovers from Alaska to Australia find their way to the edgy and stylish Harley-Davidson Museum in Milwaukee, world headquarters for the motorcycle’s production. It’s not just gearheads who are smitten: Engine components are displayed like fine art, bike displays teach history and fun pop culture connections are plentiful. Everybody gets a chance to mount vintage cycles and pretend to ride with the wind.

Add a two-hour, weekday tour of powertrain operations – engine and transmission production – at Harley-Davidson’s suburban Menomonee Falls factory. Or a one-hour, hands-on class in Harley Engines 101, which does not require mechanical skills and is capped at eight students.

Like two wheels but prefer pedal power? Sparta is known as the bicycle capital of America because it is home to more than 100 miles of state trails. That includes the Elroy-Sparta, the nation’s first conversion of a railroad line to a recreational route. Along this scenic, 32.5-mile rails-to-trails path are stone bridges and three tunnels drilled through rock.

Look for a 32-foot-tall, high-wheel bicycle in Sparta, and reserve time for the Deke Slayton Memorial Space and Bicycle Museum, named after the Mercury Seven astronaut, a Sparta native. “Progression of transportation” is an overriding theme in the aviation and bike exhibits. 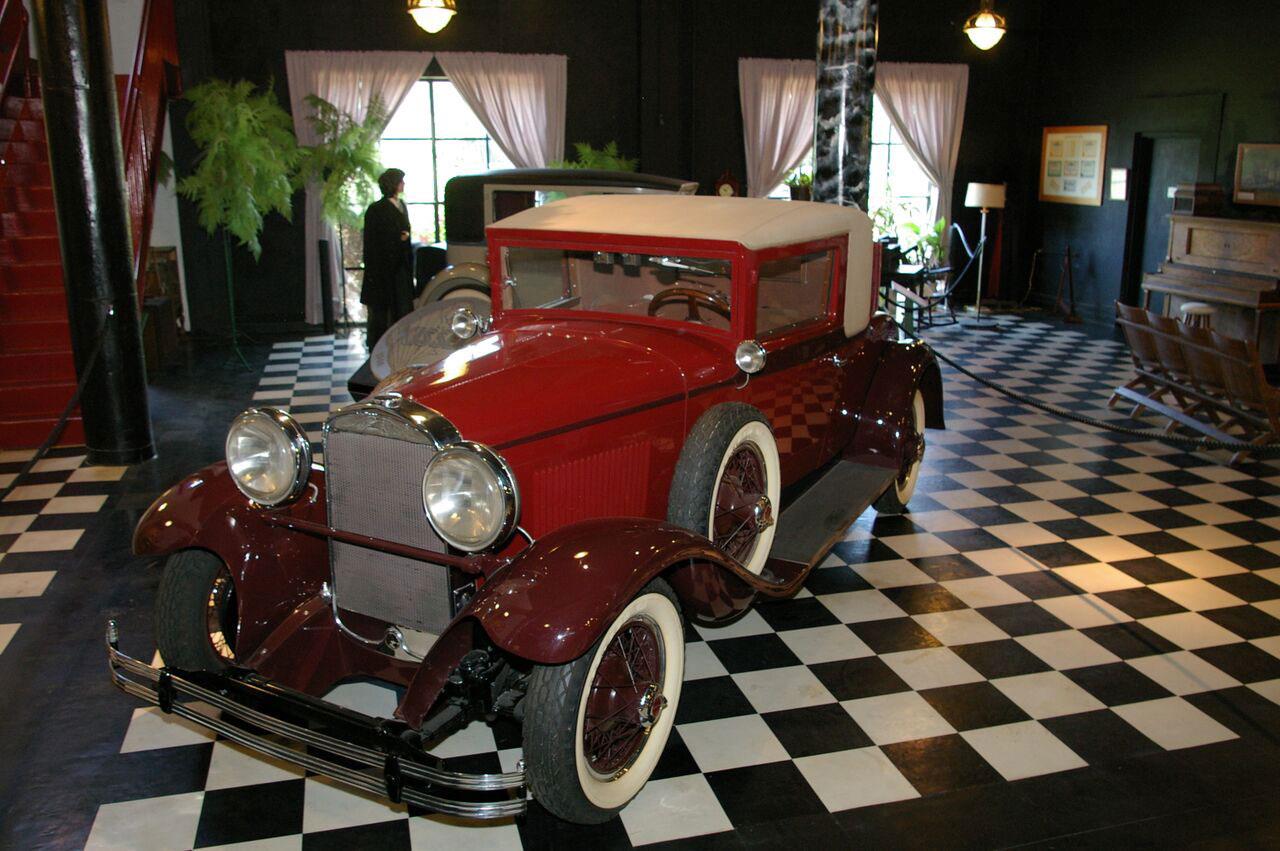 At the Wisconsin Automotive Museum, Hartford, is a fine and vast repository of transportation history. Artifacts include at least 110 classic and vintage vehicles. No one offers a larger display of Kissels, luxury vehicles made in Hartford long ago.

Exhibits at the Kenosha History Center acknowledge the area’s proud auto-making heritage under Nash, American Motors, Renault, Chrysler and other brands. Autos in the Rambler Legacy Gallery change every year. 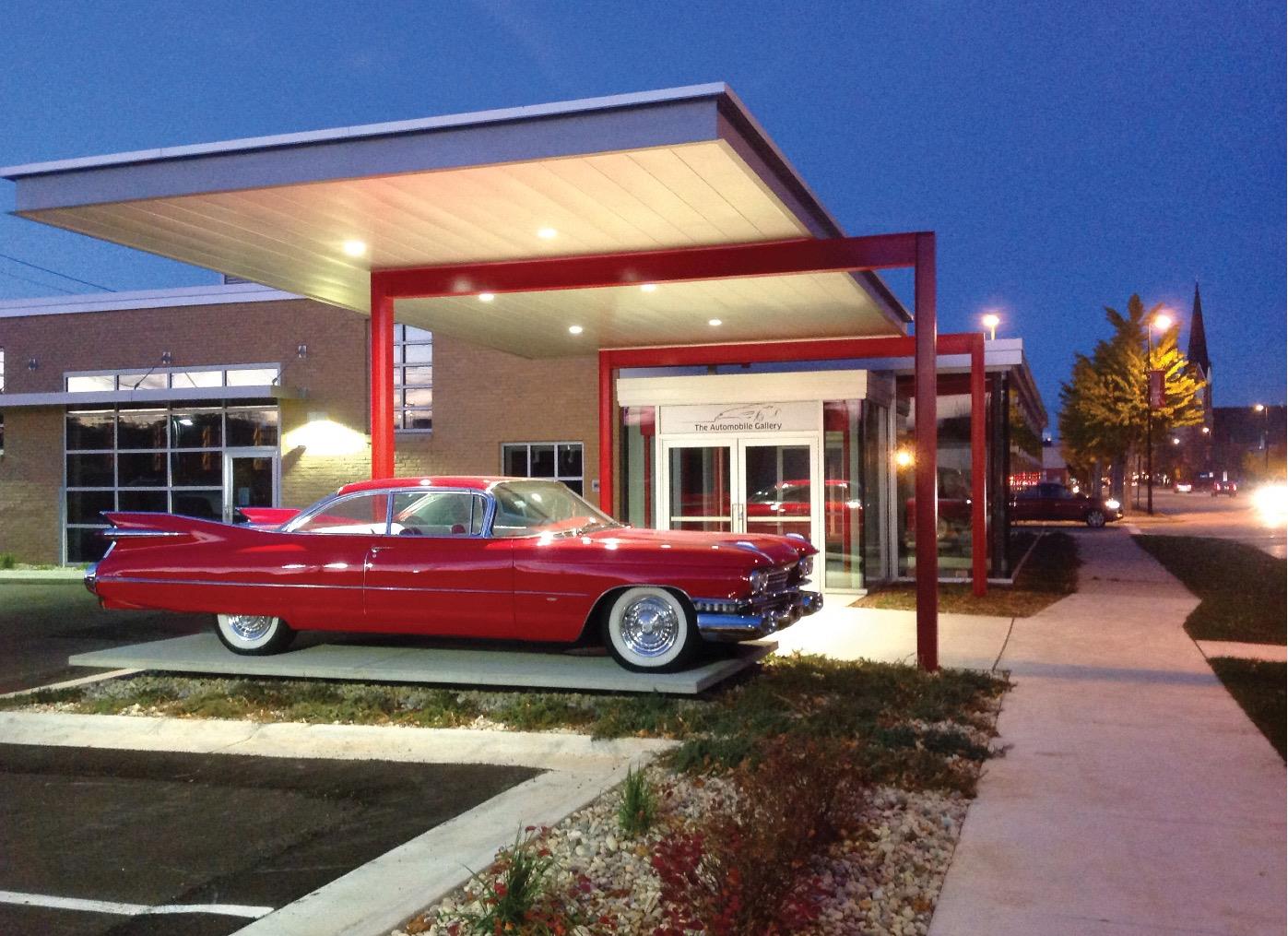 Open since 2016 in Green Bay is The Automobile Gallery, a revamped car dealership that treats about 50 restored vintage cars as gorgeous gems that visitors are allowed to carefully touch. In a few cases, you also can take the driver’s seat. Expect an unusual mix of the flamboyant and ordinary: Think DeLorean to Javelin.

The masterpiece at the Wisconsin Maritime Museum, Manitowoc, is the USS Cobia, a World War II submarine that can be toured, torpedo rooms to crew’s quarters. Or dive beyond the basics: A longer immersion at this National Historic Landmark ventures into lesser-known nooks and tighter spaces, via ladders and climbing. 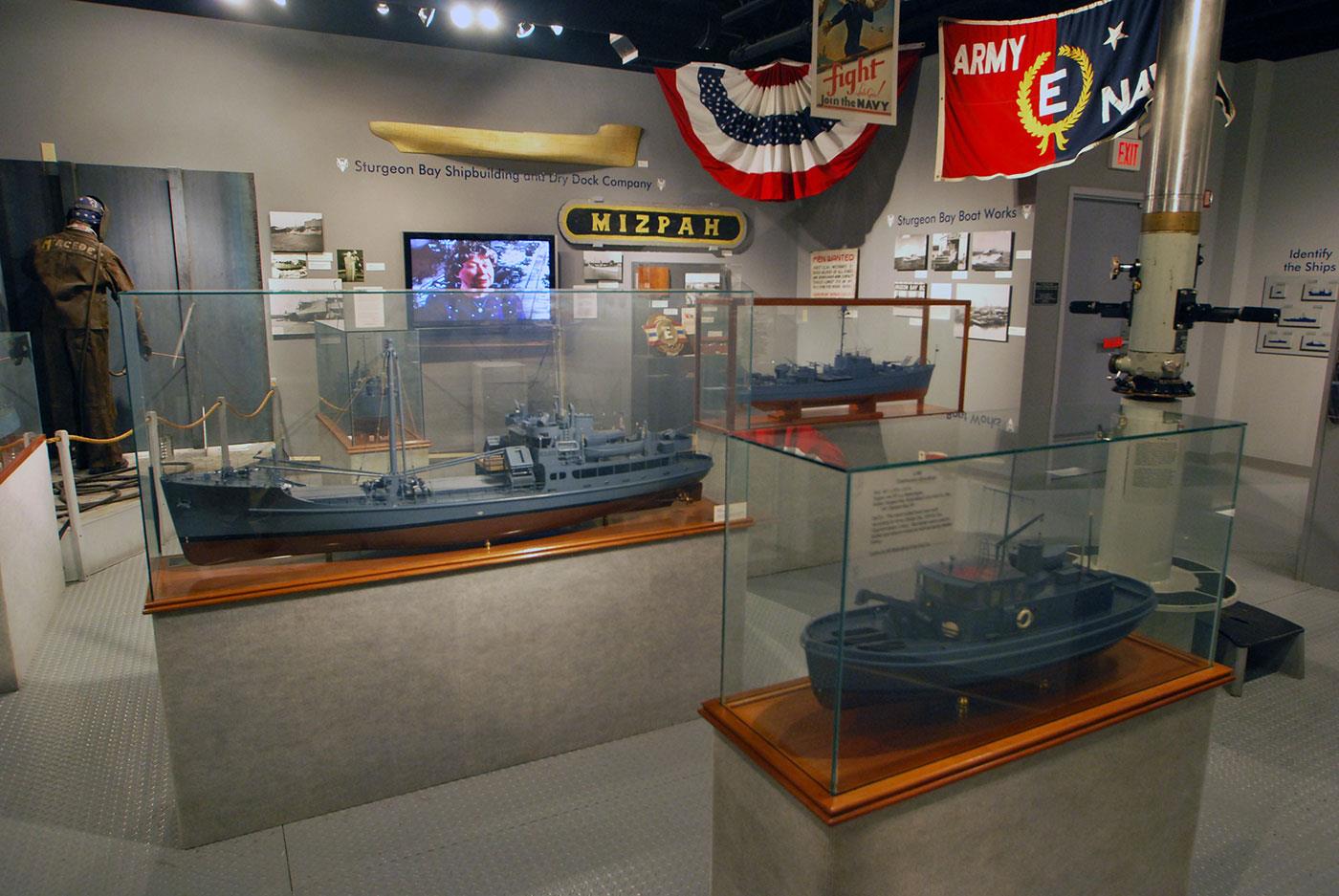 Inside the Door County Maritime Museum, Sturgeon Bay, are tales of Great Lakes fishing, nearby shipbuilding, Lake Michigan shipwrecks and a multitude of other maritime history. Artifacts, art, underwater photography, ship models and oral histories all tell a part of the story. Reserve time to tour the shoreline in the John Purves, a restored, century-old tugboat.

Evidence of rugged rail travel is well preserved in Wisconsin too. The National Railroad Museum, Green Bay, is devoted to railroad history and among the nation’s largest devoted to this mode of transportation. Take a 25-minute, narrated train ride and learn about everything from steam power to hobo culture. Check out the Dwight D. Eisenhower locomotive, the only one of its kind left in the United States. 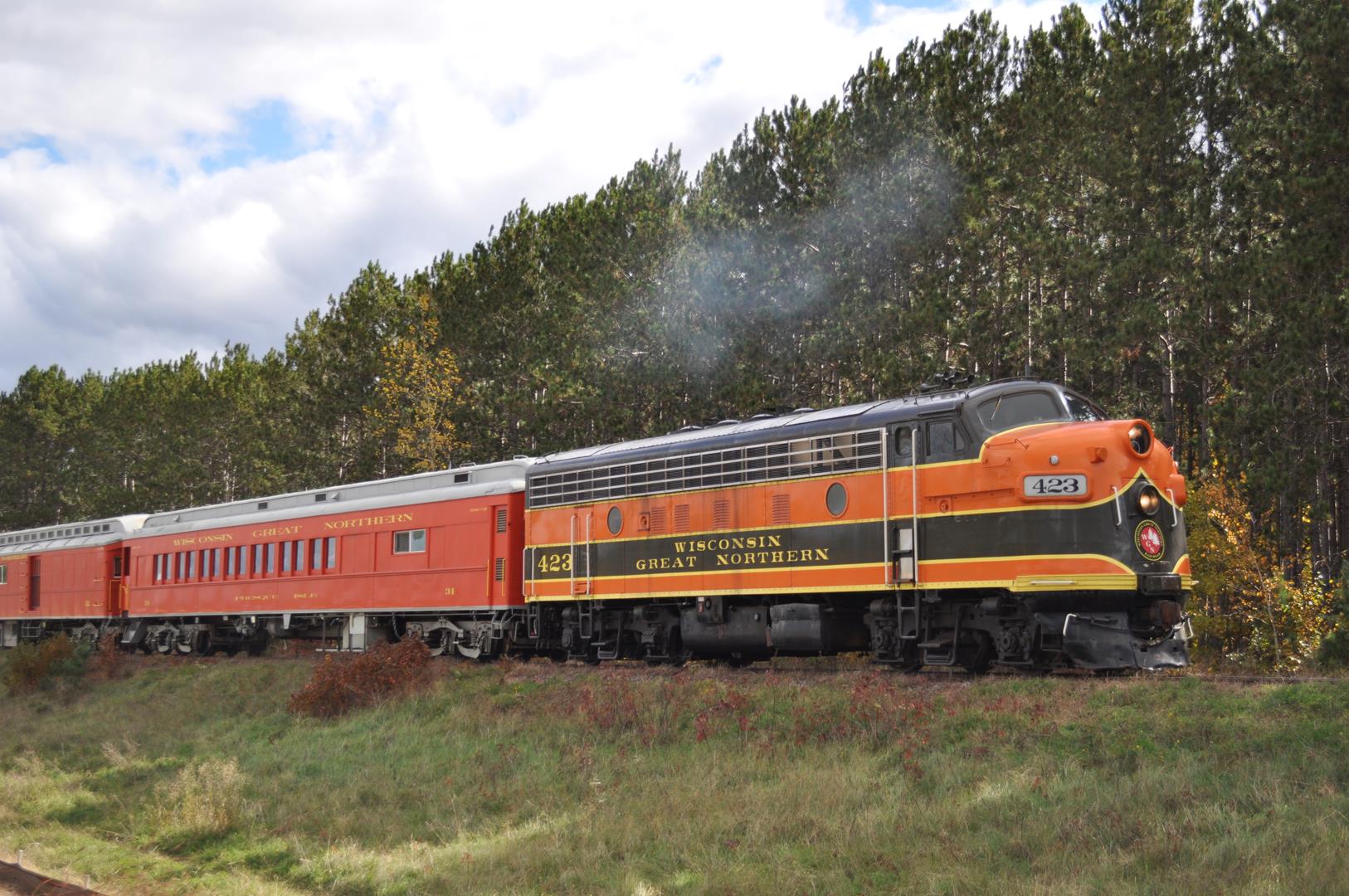 In Spooner, Wisconsin Great Northern Railroad excursions include choices of pizza with the kids, a romantic dinner for two, even an on-train overnight in an authentic Pullman bedroom. The train’s route follows the pretty Namekagon River through forest and farmland. The shortest trip is 90 minutes.

At the Mid-Continent Railway Museum, North Freedom, is a coach shed with restored train cars, especially those made with wood. Punctuate the experience with a 55-minute ride on a century-old steel coach. It’s especially gorgeous when tree leaves turn brilliant in autumn, and especially popular when Santa visits and a high school choir performs on rides taken before Christmas.

The Sheboygan Railroad Museum, with its exhibits and model layouts, and Aviation Heritage Center of Wisconsin, are featured on Visit Sheboygan’s “Planes, Trains & Automobiles” sample group itinerary. Also in the area are the Wade House, an 1850s stagecoach inn with a fine collection of carriage and wagons, and Elkhart Lake’s Road America, one of the top motor sports racetracks in the country.

In Wisconsin are 25,000 miles of groomed snowmobile trails, and what looks like fun on motorized sleds is serious business for some drivers. Visit the Snowmobile Hall of Fame Museum in St. Germain to see how the snow-gliding machinery has evolved, and the International Snowmobile Hall of Fame in Eagle River, for an introduction to the people whose inventions, adventures and achievements have elevated snowmobiling from a hobby to a competitive sport. Why Eagle River? The city is the World Snowmobile Headquarters and hosts the World Championship Snowmobile Derby every January.