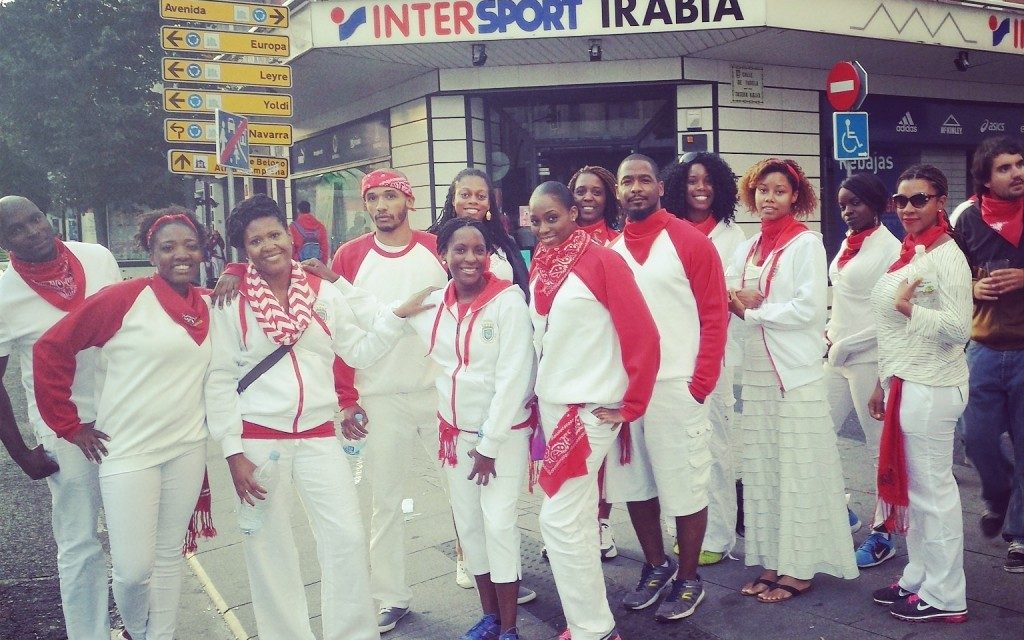 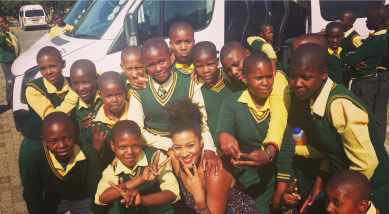 While studying television and film production at Iona College, Evita (Evie) Robinson never thought she’d end up in the travel business. But through an epiphany she had while still in college, plus a lot of hard work and determination, she ignited a next-generation group travel business, Nomadness Travel Tribe.

Evie’s group harnesses the power of social media and community networking to build a worldwide audience of over 8,000 travel enthusiasts, made up mostly of young, urban, African American consumers.

Nomadness is more than a travel company, it’s a social movement. In a short period of time the organization has catapulted in popularity. Over 50 Meet Ups are hosted around the world and trips sell out in as little as 15 minutes. Learn how this came together in this edition of Take 5.

Take 1: Tell me about the “a-ha” moment for Nomadness. Where were you when the light-bulb when on?

I think creating Nomadness was more a string of ‘a-ha’ moments put together. Before it had a name, I remember sitting in front of the Eiffel Tower in Paris after finishing half a summer with the La Femis Film School. I looked up at the Tower and silently promised myself that I would bridge my love for television with my new-found obsession for traveling the world. Made that assertion at 21 years old.

Take 2: At what point did you realize that you were on to something?

When three weeks into it, we had about 40 people come to our first meet up in NYC, and I still very much didn’t know what the hell it was, or was turning into. Then the night that our first trip came about was crazy. I posted the idea for it at like 1a.m. on a weeknight expecting to hear the reactions in the morning. I never slept until 4 a.m. that night. Within an hour we have the 18 people that would be in the compound and flight screenshots were flying all over the place. It was amazing, and clear that something was brewing.

Take 3: People can book their own trip online in minutes, how are you able to convince them to participate in a group trip? 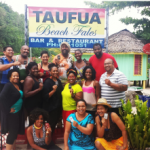 Nomadnessx group stops for a quick picture while in Apia, Samoa this past August

Nomadness is about family and experience. Those are two base points that all our ideas and actions originate from. They have interactions not just with one another, but also with me. When you know you are a part of something bigger than yourself, there is a sense of brand loyalty that is unparalleled. They want to engage not just online, but as real people offline.  The group is a 24-hour communication cycle and is just as addicted as I am. Newsletters, Facebook, video announcements, meet ups and trips allow everyone to stay in the loop.

Take 4: Where does the inspiration for new trips come from? Who’s doing the heavy lifting in planning trips?

We have a poll in the group where people can vote on where they want to go, but really there is an energy we observe with certain locations in random conversations within the group. We can tell when people are swayed in particular directions. We are intuitive and flexible with that.

Take 5:  What’s the most rewarding aspect of your enterprise and where do you see this movement going?

I like being able to create memories with people in every corner of the world. Nothing beats the bond we create. Each trip is unique onto itself.  I definitely see our member numbers scaling. I also see us with our own travel show, post-Facebook platform, apps, books, trips…I have a lot up my sleeve.

Aided by her background in television and film production, it’s apparent the Evie is planning on a Nomadness series, not just a pilot. It will be interesting watching this show unfold!