When the snow begins to fall, winter sports athletes and fans prepare for exciting contests at some of the country’s top ski mountains. Winter is here and the race is on!

Fresh powder blanketing the mountains begs to be carved; perfectly groomed race hills expect intense slalom sprints; and intricate terrain parks were made for imaginative and stunning freestyle maneuvers. Winter is here, and with it comes the thrill of skiing and snowboarding competitions. Athletes from across the U.S. and around the world descend upon ski mountains and resorts to test their skills, while spectators and winter sports enthusiasts get the chance to catch all the action slopeside. Whether you’re hitting the hill or cheering along with the crowd, these elite mountains deliver some of the best in snow tournaments.

Big Air Adventures in the West

The Western half of the U.S. is famous for its beautiful, expansive mountain ranges, from the Rocky Mountains to the Sierra Nevada. Tucked among this rugged terrain are some of the country’s best ski resorts, where lots of skiing/snowboarding action takes place. 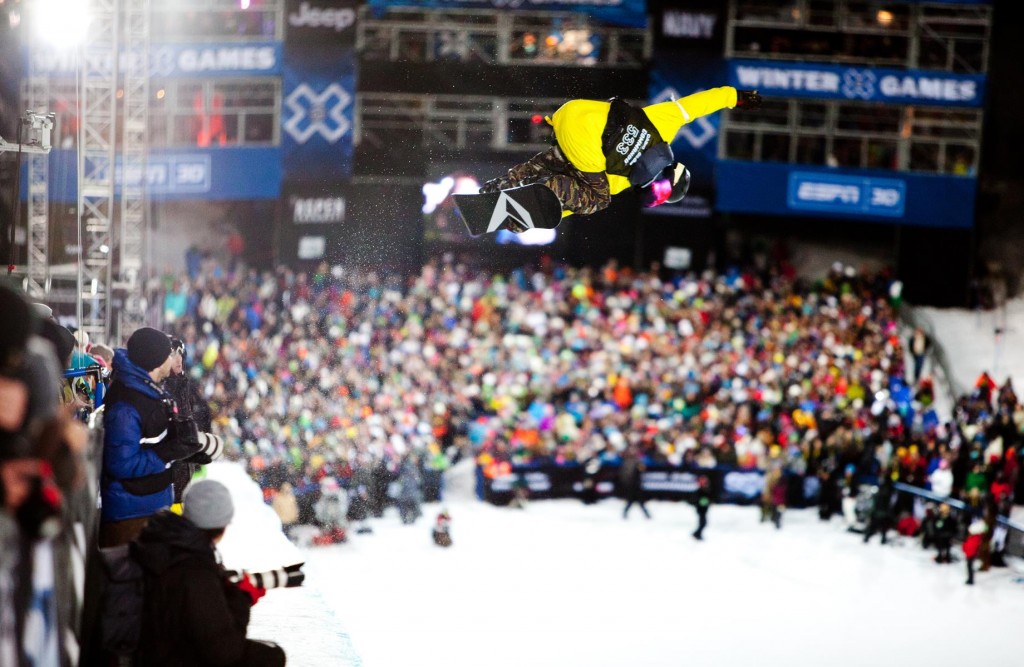 Every year, the resort hosts dozens of local, national and international competitions, drawing thousands of professionals and spectators to the peaks. Thanksgiving weekend brings the world’s fastest female skiers to the base of Lift 1A for the Audi FIS Ski World Cup at the Nature Valley Aspen Winternational, a live-broadcast event showcasing the best of World Cup racing. Spectators get prime viewing of the finish line from the grandstands, as well as access to the first Bud Light Hi-Fi Concert Series, all at no cost. 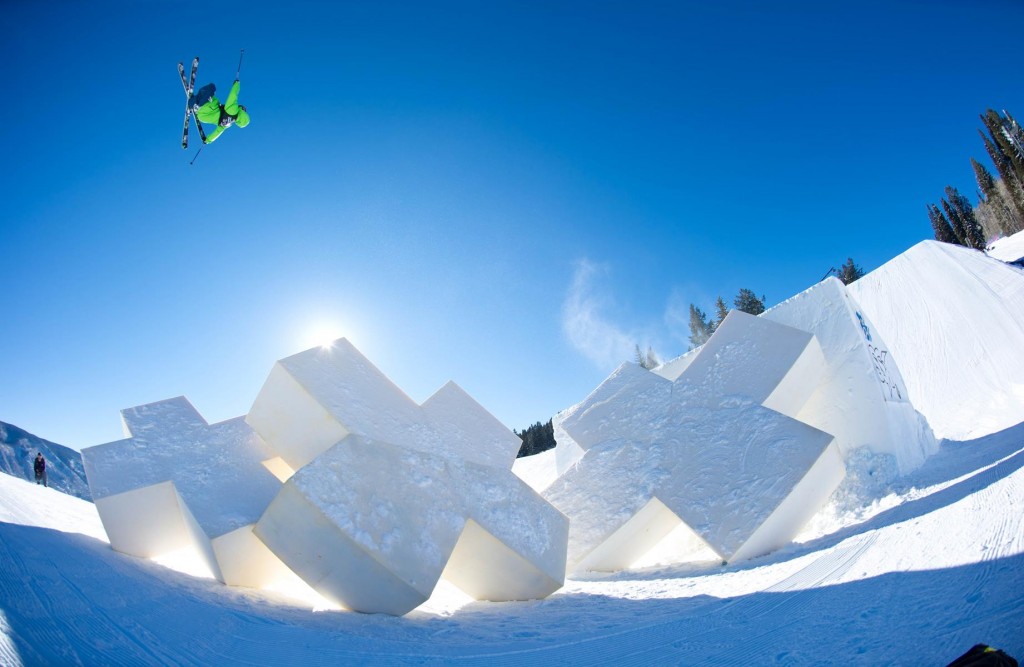 Witness backside 180s, inverted aerials and corkscrews during the ESPN X Games, returning for an unprecedented 14th year. More than 200 of the world’s best athletes will throw down on the slopes of Buttermilk over four suspenseful days of competition, and everyone’s invited to watch the action free of charge. Aspen/Snowmass Freeskiing Open, one of the biggest elite amateur competitions in the country, brings together hundreds of talented athletes to compete on the famed X Games slopestyle and superpipe courses.

Want even more winter sport thrills? Vail, in Eagle County Colorado, delivers with 5,289 acres of skiable terrain, 193 trails, three terrain parks, seven bowls and one superpipe. The resort will welcome the world during the 2015 FIS Alpine World Ski Championships in February. The world-class event has only been held in the U.S. three times before, and Vail was the proud host in 1989 and 1999. Along with sister resort Beaver Creek, Vail expects roughly 700 athletes from more than 70 nations. Spectators can be a part of this historic event and see the world’s top ski racers for free, as well as take part in nightly festivities, concerts, and art and culinary features.

Vail will give snow sport enthusiasts even more to cheer about when it hosts the 33rd Burton U.S. Open Snowboarding Championships, the longest running snowboarding competition in the world, in March 2015. 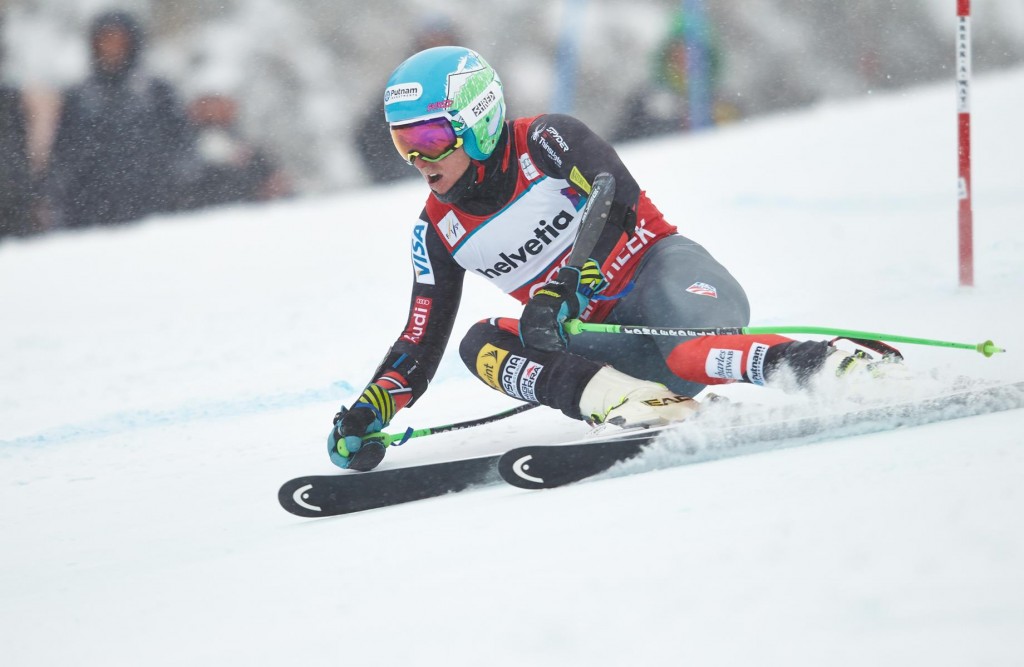 Park City Mountain Resort in Utah is a primo spot to catch winter sports fever. The 3,300-acre resort has a long legacy of hosting first-rate competitions. It presented the snowboard halfpipe and alpine skiing Giant Slalom events during the 2002 Winter Games and held the Visa Freeskiing Grand Prix in 2014. In 2015 it will host the Sprint U.S. Snowboarding & Freeskiing Grand Prix for the third year in a row. Many of the world’s best freeskiers and snowboarders will gather at Park City Mountain to compete in halfpipe and slopestyle competitions, all of which are free to the public and easily accessible from the base area. Thousands of fans collect at the bottom of the pipe and on the walls to applaud their favorite athletes.

Enjoy stunning views and deep powder at Mammoth Mountain, boasting the highest summit of any California resort at 11,053 feet. Ski and snowboard events at this resort run the gamut from Olympic qualifiers like the Sprint U.S. Grand Prix to just-for-fun competitions like the Grenade Games. The latter entertains spring visitors with offbeat races and crazy freestyle moves from some of the world’s elite boarders.

Amid the hundreds of ski hills in the Midwest, Granite Peak in Wisconsin stands out as a coveted competition destination. What it lacks in height—it stands at 700 feet—it makes up for in incredibly diverse terrain, and some of the best-maintained parks in the state. The 74 runs include wide-open beginner runs, intermediate cruising slopes and super-steep expert trails.

The five parks are filled with dozens of hits, jumps and rails; it’s a great place to get your shred on. In 2015 the TransAm Snowboarding Tour will come to Granite Peak during its 13th year; marking the first time the resort will host the event. The mountain is also home to the Badger State Winter Games, which it has welcomed to its slopes for over 20 years. Visitors can stay at any of the nearby hotels and make their way over to the base to catch all the excitement, free of charge. 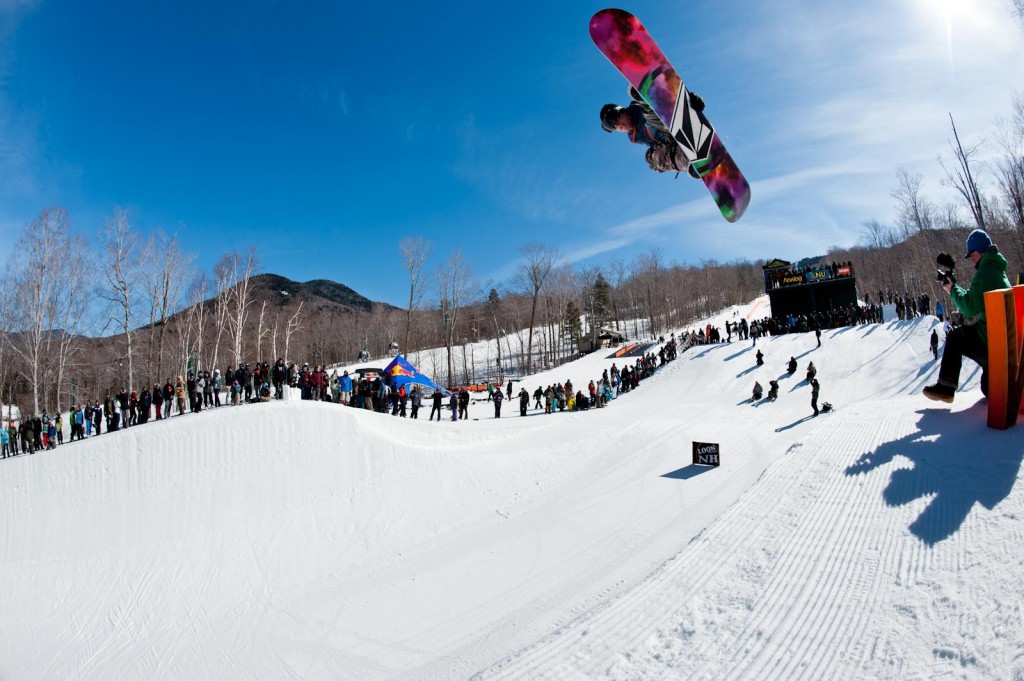 Over on the East Coast await several more elite competition resorts. Loon Mountain in New Hampshire features a full progression of six award-winning terrain parks. The primary competition venue, Loon Mountain Park, is the largest of the resort’s terrain parks, measuring nearly a mile in length. The lower half of the park connects to the only superpipe in the state, measuring in at 425 feet long with 18-foot-high walls. It’s a key spot for events such as Last Call, a very competitive, invite-only slopestyle/halfpipe contest. Spectators can easily walk up to the superpipe from the base lodge and catch all the pro and semi-pro riders pulling tricks on the rails, jumps and wall ride. Loon Mountain also hosts the Droppin’ In Women’s Freestyle Camp every March, which includes two days of intense training and practice for riders to improve their park and pipe skills. 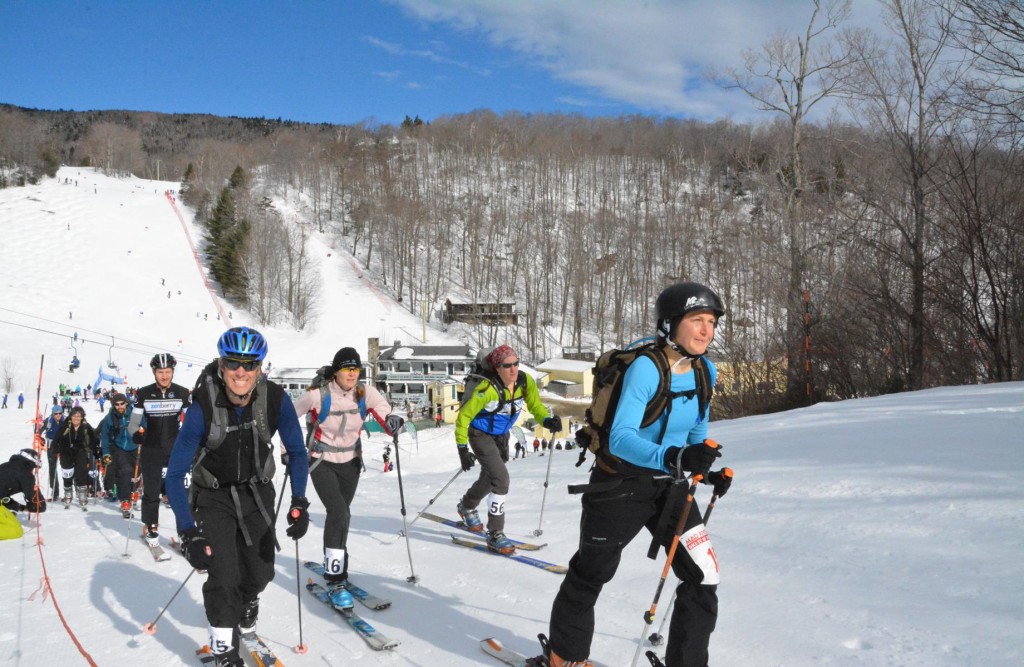 Sugarbush in Vermont features six peaks, 2,000 acres of backcountry and a world-class terrain park. It’s highly ranked in terrain variety and is also one of the best ski towns in the East. The resort holds a variety of professional events and charity races throughout the season. In February the MRV Mountaineering Race pits more than 75 backcountry skiers and split boarders against each other in an extreme endurance race. For the 18th year in a row, the Castlerock Extreme will be held at Sugarbush. Freestyle skiers charge the cliffs and dips of the mountain’s toughest terrain as hundreds of spectators cheer them on. The High Fives Fat Ski-a-thon is a casual event where skiers and boarders of all levels can lap the Quad Summit while giving out high fives for a great cause, the High Fives Non-Profit Foundation. It’s a fun-filled event for both participants and onlookers.

If you’re looking for intense, amusing, and, at times, over-the-top ski and snowboarding competitions, then make a trip to these top resorts. They’re ideal spots for hosting a variety of events, and they welcome athletes of all ages and skill levels. The snow is falling, the runs have been groomed and the parks are primed. It’s time to hit the slopes.