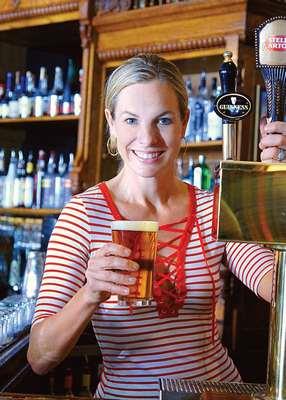 Breweries started popping up in Colorado when gold miners flooded the state in the 1860s. The Rocky Mountains’ first brewers worked to make sure that every miner could at least have a golden brew each night, even if his pan had come up empty that day. By 1880 there were 20 breweries in the new state, and that number has been growing ever since.

While most Coloradans no longer come home from the mines each night, they haven’t lost their passion for the five-o-clock beer. With almost 150 breweries throughout the state, and almost 100 of them craft breweries, it’s hard not to find a new favorite brew. As group planners are finding out more and more, a beer tour in Colorado is solid gold.

While best known for its craft breweries, the Centennial State is home to several large global beer factories. Coors Brewery in Golden is the single largest brewery in the world, producing more than 24 million barrels of beer each year. A free, 40-minute walking tour of the factory shows groups the beer-making process, from malting to brewing to packaging. Samples of Coors products, including several craft beers, are available after the tour. Visit the Coors and Co. gift shop for beer-themed merchandise.