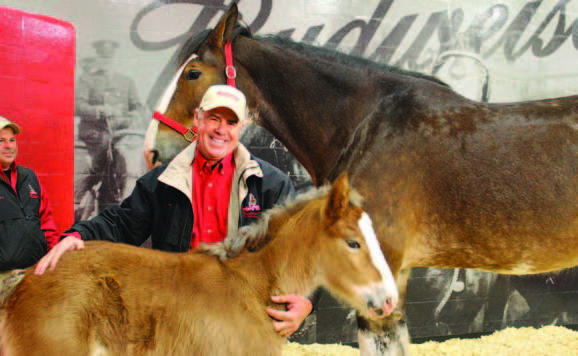 Discover all there is to see and do in Boonville, Fulton, Jefferson City and Hermann, Missouri’s “Pretty as a Postcard” towns.

5 Unique Experiences on This Trip

This Itinerary is Ideal For: Adults 21+ Your tour begins in Boonville at Warm Springs Ranch, a breeding farm for the Budweiser Clydesdales. Resting on 300-plus acres of lush, rolling hills in the heart of Missouri, the facility is home to more than 70 Clydesdales ranging from foals to stallions.

Lunch in Boonville or Columbia

Travel east to Fulton and the National Churchill Museum. Located inside the Church of St. Mary the Virgin, Aldermanbury, an English church designed by Sir Christopher Wren in 1667, the museum has permanent exhibits dedicated to Sir Winston Churchill, who made his famous “Iron Curtain” speech on the Westminster campus in 1946. The grounds also are home to the Breakthrough sculpture, which was created by Churchill’s granddaughter, Edwina Sandys, and features sections of the Berlin Wall.

Depart for Jefferson City and dinner after check-in.

Cap your day – and perhaps ensure a sleepless night! – with a
Ghost Tour at the Missouri State Penitentiary. Decommissioned in 2004, the penitentiary is open for a variety of tours. Before it closed, MSP was the oldest continually operating penitentiary west of the Mississippi. The tour showcases housing units and cells, including those of inmates such as heavyweight champion Sonny Liston, who learned to box during his time in the big house, and James Earl Ray. In 1967 the prison was called the “bloodiest 47 acres in America” by Time magazine because of the high number of serious assaults on the grounds between 1963-1964. Operates, weather allowing, March through November.

Nestled among the rolling hillsides of the Missouri River, in a countryside reminiscent of Germany’s Rhine Valley, is the little town of Hermann. Your outing can include shopping tours, a village tour with music or a visit to Swiss Meat and Sausage Company. The arts and crafts of yesteryear are well preserved in Historic Hermann Museum at the German School. Built in 1871, the building served as Hermann’s elementary school until 1955. The town clock, a favorite subject for photographers, has been operating since 1890.

While in Hermann, enjoy lunch and wine tasting at Stone Hill Winery. Take the winery tour to see the largest series of underground cellars in North America. Stone Hill’s Vintage Restaurant is situated on the winery grounds in a beautifully restored carriage house and horse barn.

Hermann Living History Farm and Museum brings more than 160 years of farming experience, exhibits of early trades and history to its nearly 200-acre living history farm. Tours include the restored Hussmann home and outbuildings, Trading Post, Distillery Log House and Office, Tinsmith Shop and Gardens. Tram rides are available to see more of the farm and its place in history.

Return to Jefferson City by 6 p.m. to enjoy a stop at Central Dairy. The dairy is an excellent stop any time of year and is a longtime favorite of locals and many throughout the Midwest. Start your morning inside the Missouri State Capitol, where you find the Missouri State Museum, which features exhibits of outstanding historical significance. The 45-minute guided Capitol tour is the best way to experience the historic and decorative features of the building, including the Thomas
Hart Benton mural A Social History of Missouri.

From there, take the 10-minute drive east to the Missouri National Guard’s Ike Skelton Training Center, home of the Museum of Missouri Military History. It offers exhibits dating back to 1808. Learn about Missouri’s role in various wars and humanitarian relief efforts.

Enjoy lunch at one of Jefferson City’s locally owned restaurants.

Depart for home with rich memories of Central Missouri’s gems!