Visitors to the Will Rogers Memorial Museum in Claremore, Okla., will get a taste of the man’s wit and wisdom through exhibits, video clips and a movie.

Oklahoma’s favorite son, known around the world for his homespun humor and timeless quotes—many of them jabs at politicians, still are relevant today. 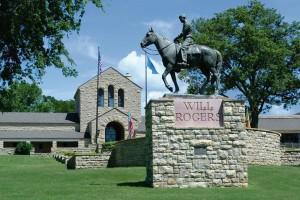 Rogers’ tomb at the hilltop museum is inscribed with his most famous quote: “I never met a man I didn’t like.”
These are among other memorable quotes from Will Rogers: