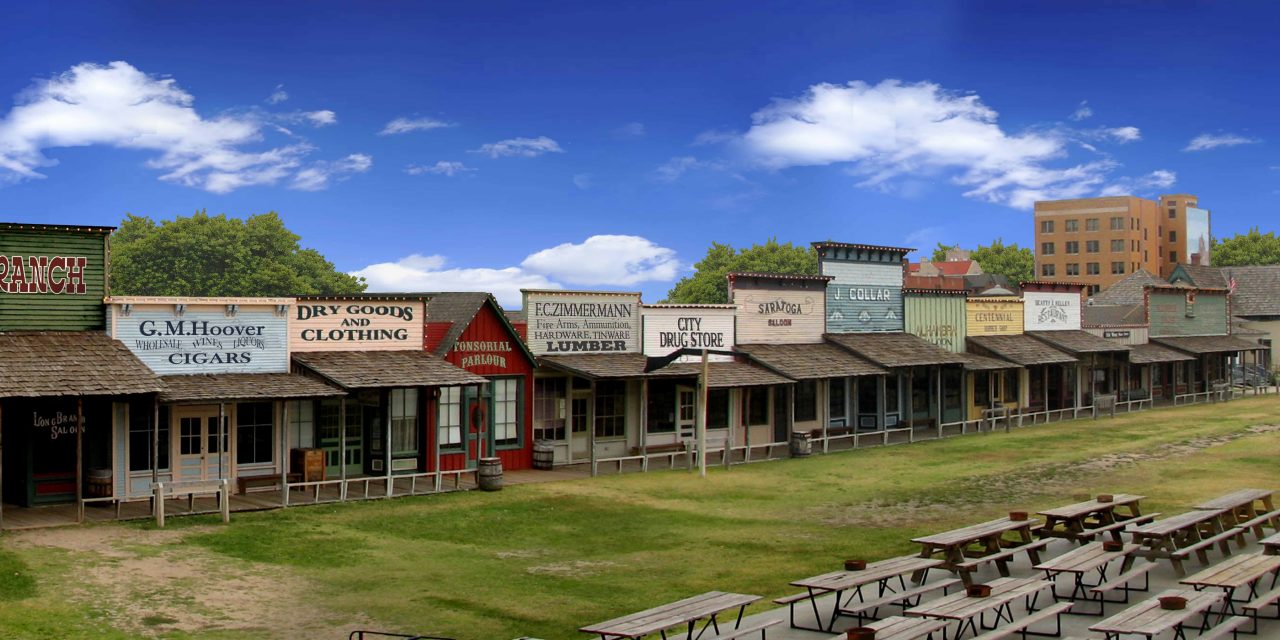 Groups traveling through the Sunflower State have many chances to experience the days of the Wild West. Numerous Indian tribes have called Kansas home, and some of them are still around today. The Cherokee, Chippewa, Kaw and Shawnee are just a few of the tribes that inhabited this vast land, and tourists are able to visit sites that preserve their cultures. Rodeos, parks and museums also provide vivid reminders of frontier life, offering insight into pioneer days on the Great Plains. 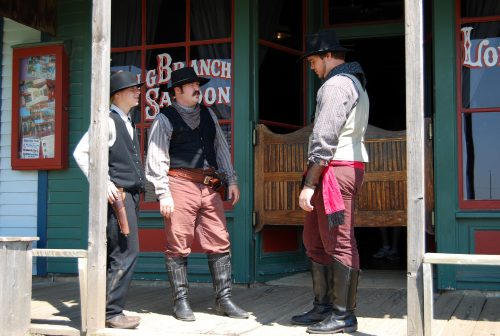 After crossing the Kansas-Missouri border, Kansas City is the first place visitors can stop to witness Native American heritage. The Huron Indian Cemetery was created in the 1840s to bury members of the Wyandotte Nation after they were forcibly moved from Ohio to Kansas. It is believed that there are more than 400 buried there. Only minutes away, Lewis and Clark Historic Park at Kaw Point commemorates the expedition that went deep into western territories. In June of 1804 the Lewis and Clark expedition stopped at Kaw Point, near the confluence of the Kansas and Missouri rivers. The 10-acre park features an education pavilion and interpretive signs that detail the expedition’s path through woods bordering the rivers. Located in the center of metropolitan Kansas City, the park has an outdoor amphitheater for live performances and special events.

Memorial at the Huron Indian Cemetery

Also in the metro area, Shawnee Indian Mission State Historic Site in Fairway sheds light on westward expansion in the 19th century and the lifestyle adjustment Native Americans made as a result. Shawnee Mission was established in 1839 as a training school for boys and girls from such tribes as the Shawnee and Delaware. Exhibits tell the story of Indians in Kansas, displaying woven baskets, beadwork, drums and other artifacts that have been passed down through generations.

To the south along the Missouri border, Fort Scott National Historic Site, on the edge of downtown Fort Scott, served as a military outpost in the mid-1800s. Structures such as infantry barracks, a hospital, stables and powder magazine have been restored. Exhibits explain the fort’s role in westward expansion, protecting the American Indian frontier and the Bleeding Kansas era when the Kansas territory was a battleground between pro- and anti-slavery forces. 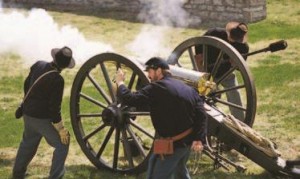 A re-enactment at Fort Scott, a frontier military outpost.

e among the buildings on-site. The property has guided tours where visitors can dress in 19th century clothing and stay for a picnic basket dinner.

Also in Topeka is the Kansas Museum of History, which has displays on pioneer and Native American heritage. The annual Inter-Tribal Pow Wow in September honors Native American culture with a weekend of traditional ritual dancing.

Wamego was originally inhabited by the Konza and Potawatomi Indians and then used as a support community for the Kansas Pacific Railroad. Wamego Historical Museum and Prairie Village tells the story of the city’s humble beginnings with authentic buildings from the 1800s, including a one-room schoolhouse, a log cabin and the first jail in Pottawatomie County. The historic Oregon Trail passed just north of Wamego, and wagon ruts from that time can still be seen. (On Wamego’s main street is the Oz Museum, which boasts one of the world’s largest privately-owned collections of Wizard of Oz memorabilia.)

At nearby Fort Riley, home of the First Infantry Division, the U.S. Cavalry Museum chronicles the history of the mounted horse soldier from the Revolutionary War through World War II. Its art collection includes works by Frederic Remington. 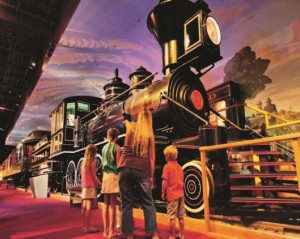 The Kansas Museum of History chronicles westward expansion in exhibits like this 1880 steam locomotive.

Flint Hills Discovery Center is a tribute to the last major stand of tallgrass prairie in the world. Located in Manhattan, home to Kansas State University, the interactive center explores the ecology and history of the Flint Hills region through exhibits and a 15-minute multimedia experience. Lazy T Ranch in Manhattan is a working family ranch where groups can enjoy cowboy entertainment, a chuckwagon supper and hayrack ride through the Flint Hills.

Abilene’s cowboy roots go back to 1867, when the Kansas Pacific Railroad and the Chisholm Trail intersected, making Abilene the first “cowtown” in the American West. Herds of cattle, numbering in the millions, were driven up the Chisholm

Trail from Texas and shipped to Eastern markets, satisfying the nation’s hunger for beef after the Civil War. At Old Abilene Town, a reconstructed cattle town, groups can learn about cowboys and cattle drives and might catch a staged gunfight or dance hall show. The American Indian Art Center in Abilene is Kansas’ only completely Native American art gallery and craft shop, featuring well-known artists from around the country. 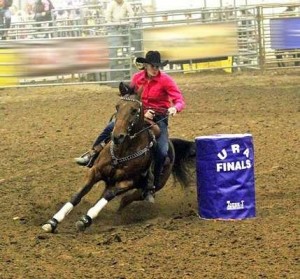 The Wild West comes alive at rodeos staged in arenas all across Kansas. See bull and bronc riders show off their skills at events like the Flint Hills Rodeo in Strong City. The longest-running rodeo in Kansas (now in its 76th year), a Professional Rodeo Cowboys Association-sanctioned event, is set for June 6-8. Groups touring the Flint Hills around Strong City will want to visit the Tallgrass Prairie National Preserve, which protects some 10,000 acres of the kind of unspoiled countryside that once blanketed North America. The preserve includes a historic 1881 ranch and one-room schoolhouse. Free, 90-minute bus tours through the prairie are available. Living History Ranching Weekends feature blacksmithing, soap making, roping and other skills.

Wichita, once a base for cattle drives on the Chisholm Trail, is home to the Old Cowtown Museum, where visitors experience life in the 1870s. Sights, sounds and activities common to a Midwestern cattle town put the “living” in this 23-acre living history museum, a collection of more than 40 restorations and reproductions of buildings from 1865-1880. Groups enjoy costumed re-enactors, wagon rides and a visit to the home of the town’s founder, Darius Munger. Wichita’s Mid-America All-Indian Center celebrates Native American cultures.

Dodge City, in southwest Kansas, had the reputation of being the wildest town in the West and became immortalized for a later generation that watched the television show Gunsmoke. Boot Hill Museum, a re-creation of Dodge City in 1876, is an open-air Western history attraction. During the summer, visitors can take stagecoach rides and see gunfight re-enactments and a Long Branch Saloon variety show. Historic trolley tours, the Kansas Heritage Center and Dodge City Roundup Rodeo (July 31-Aug. 4) also showcase the town’s Western roots.

In Garden City, 50 miles west of Dodge City, wannabe cowboys and cowgirls can shop for their Western wardrobes at Crazy House. Billed as the largest Western store between Wichita and Denver, it’s known as the “Boot King of Kansas.”

To get into the spirit of the Old West, city slickers captivated by visions of cowboys, Indians and frontier adventure should saddle up and hit the trail for rip-roaring fun on the plains of Kansas.