Following are answers from Leisure Group Travel readers who responded to our inquiry: With more international travelers coming to America than ever before, what has your business done to welcome foreign guests? Have you seen an influx in overseas visitors? If so, from where? 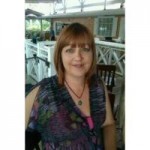 Over the last few years we’ve seen a bigger influx of international visitors than we’ve had in years. Our biggest influx at the moment is from Brazil. We offer free shuttles for individuals to over 62 area hotels and a free VIP shuttle for groups of 20 or more from any hotel in the greater Orlando/Kissimmee area, plus lots of special coupons. 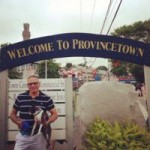 To make their stay welcoming and comfortable, we have many multi-lingual guest houses, the attractions offer translations in many languages, and we are known for restaurants as diverse as our visitors. Also, we have high-speed ferries from Boston to maximize the marine travel to our charming town. Provincetown is America’s oldest continuous art colony with a world-class art museum and the birthplace of modern American theater.

In addition, Ptown is steeped in history. The Mayflower Pilgrims landed here in November 1620 before they later settled in Plymouth. The first American democratic document, the Mayflower Compact, was written and signed by the Pilgrims in Provincetown. 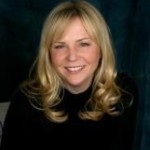 This year the Falmouth Chamber of Commerce partnered with the Cape Cod and Hyannis Chambers, the Steamship Authority, Sea Crest Beach Hotel, Harborview Hotel and Red Jacket Resorts in a collective effort to bring visitors to Cape Cod and Falmouth in 2014 and beyond. In June I joined colleagues at the IPW International marketplace trade show in Las Vegas.

In just three days of intensive pre-scheduled business appointments, I joined colleagues and more than 1,000 U.S. travel organizations from every region of the USA and more than 1,200 international and domestic buyers from more than 70 countries to conduct business negotiations that would otherwise be generated only through an exhaustive number of around-the-world trips. According to the U.S. Travel Association, the event was expected to generate an estimated $3.5 billion in travel to the United States over the next three years and at least $350 million in future economic impact for the host city — Las Vegas.

In May I represented Falmouth in Stowe, Vermont at Discover New England (DNE), the official tourism organization representing the New England region. It is a cooperative marketing entity funded by the participating states of Connecticut, Maine, Massachusetts, New Hampshire, Rhode Island and Vermont with a primary mission to increase tourism to the New England region from overseas markets — with a particular focus on the core markets of the United Kingdom/Ireland and Germany.

Over the course of the last few months, Pontiac has welcomed tour company operators and tour promoters from all across the globe. There have been folks from Spain, Germany, China, and other countries. In June, one of these guests told us that at a recent international travel industry trade show, he was told that if he was putting together a Route 66 tour for his European clients, making the trip to Pontiac, Illinois was a “must do” assignment. After spending an afternoon exploring our museums, murals and Abraham Lincoln heritage sites, that tour manager told Pontiac Mayor Bob Russell that he now understood why everyone he spoke to sang the praises of Pontiac. “It is one of the cleanest, nicest and most friendly towns I have ever visited,” he commented.