Riding the Rails in Nevada 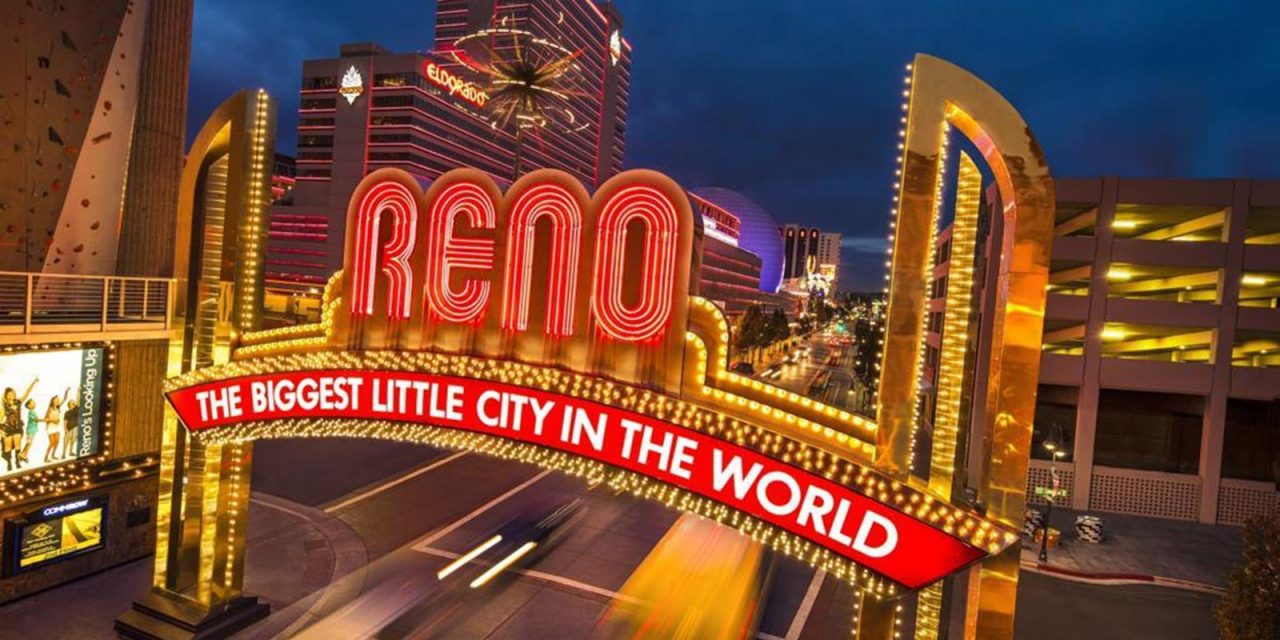 Discover a region where mountains seem to touch the sky, where clear rivers flow over polished rocks, where wildlife abounds, and where the American West is alive and well. Experience this and more when riding Amtrak between Sacramento, California and Elko, Nevada, and making vintage rail excursions in the Nevada towns of Ely, Carson City, Virginia City and Boulder City.

The best way to begin the journey is in Sacramento, home to the California State Railroad Museum. Located in Old Sacramento, the museum features 21 lavishly restored locomotives and railroad cars, some dating back to 1862. The “Sierra Scene” is a large-scale replica of a construction scene representing Donner Pass around 1867, featuring the locomotive Gov. Stanford. Other exhibits tell the story of how railroads changed life in America by interpreting the role of the “iron horse” in connecting California to the rest of the nation.

Next to the museum’s main building on Front Street is a reconstruction of the 1870s-era Central Pacific Railroad passenger station, which houses historic and contemporary railroad equipment. During the summer, the Sacramento Southern Railroad, operated by the museum, takes passengers on a 40-minute, six-mile  roundtrip excursion along the Sacramento River on a portion of the Walnut Grove branch of the former Southern Pacific Railroad.

The next morning, board Amtrak’s California Zephyr, one of the most scenic rail excursions in America. Whether seated in the VistaDome, a private compartment, the dining car, snack bar or in coach, breathtaking scenery can be found around every curve while traveling over Donner Pass and along the Truckee River. A late afternoon arrival in Reno allows for an entertaining evening in “America’s Biggest Little City.”

Then, it’s only a short motorcoach ride from Reno to Carson City, Nevada’s capital and home of the Nevada State Railroad Museum. Preserving the Silver State’s railroad heritage, the museum features locomotives and cars of the famous Virginia & Truckee Railroad and other lines. Many were bought from Hollywood studios, where they were made famous in movies and television shows. Guests enjoy train rides, handcar rides, lectures, exhibits and special events at the museum, which has an active research and restoration program. 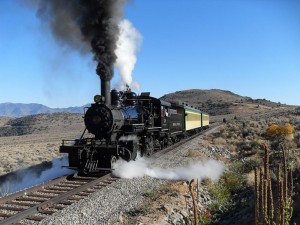 In the afternoon, ride the Virginia & Truckee Railroad to Virginia City, either in an open-air car or the covered caboose. The conductor presents the story of Nevada’s late 19th century mining boom when Virginia City was the richest city on earth, with more millionaires than anywhere else. As mining in Virginia City began to decline in the 1880s, the railroad focused more on transporting passengers than ore. After 1924, mining had virtually stopped and ever-increasing use of the automobile caused the railroad to close in 1950. In 2005, reconstruction of the line started and today the Virginia & Truckee offers rides using both steam and diesel locomotives. Highlights of this excursion include:

On the nostalgic “Toast of the Canyon” tour, guests sip local wine and snack on hors d’oeuvres while gazing into the valley, which has remained largely unchanged since the mining era.

Return to Reno by motorcoach for a late-afternoon, eastbound departure on the California Zephyr to Elko. Follow the path of what was a major Indian trail and the Humboldt River, a path followed by pioneers and those with dreaming of striking it rich in the mines. See dramatic geology, two distinct rivers and unique Nevada communities along the way. Travel by places out of Nevada’s past (Preble, Prince Royal and Star City) and, depending on the time of year, enjoy a glorious sunset before reaching Winnemucca, the town founded by Frank Baud after he arrived in the early 1860s to work on the Humboldt Canal.

Arrival time in Elko is around 9:30 p.m. Many group-friendly accommodations are available, and there is plenty of nightlife in the casinos. A stop at Elko’s new California Trail Interpretive Center is a must. It is a free attraction with multimedia exhibits, life-size dioramas, original art and videos on America’s westward expansion.

Continue by motorcoach to Ely and ride the Nevada Northern Railway for a journey back in time when the iron horse ruled the rails. This living, breathing, operating historic railroad allows groups to experience a working 19th century steam railroad. It’s gritty. It’s dirty. It smells of coal smoke, creosote and sweat. It is the last of its kind, the sole survivor from a grand era of railroading in the Silver State. An excellent museum can be found at the depot, which is now a National Historic Landmark and America’s best preserved short-line railroad facility still in existence.

Finally, continue by motorcoach to historic Boulder City, just south of Las Vegas, and enjoy the Nevada Southern Railway as it travels across the 1931 route to the Railroad Pass Hotel and back. This 45-minute roundtrip features three air-conditioned/heated cars, an open-air car and a generator car, following the route that supplied materials to Boulder City during the construction of Hoover Dam. There are four scheduled trips each Saturday and Sunday departing from the station at Yucca Street.

For groups yearning to experience the rhythm of the rails and colorful narration by train personnel, along with spectacular scenery, American history and a wide variety of entertainment options, Nevada’s railroad destinations have just the ticket.