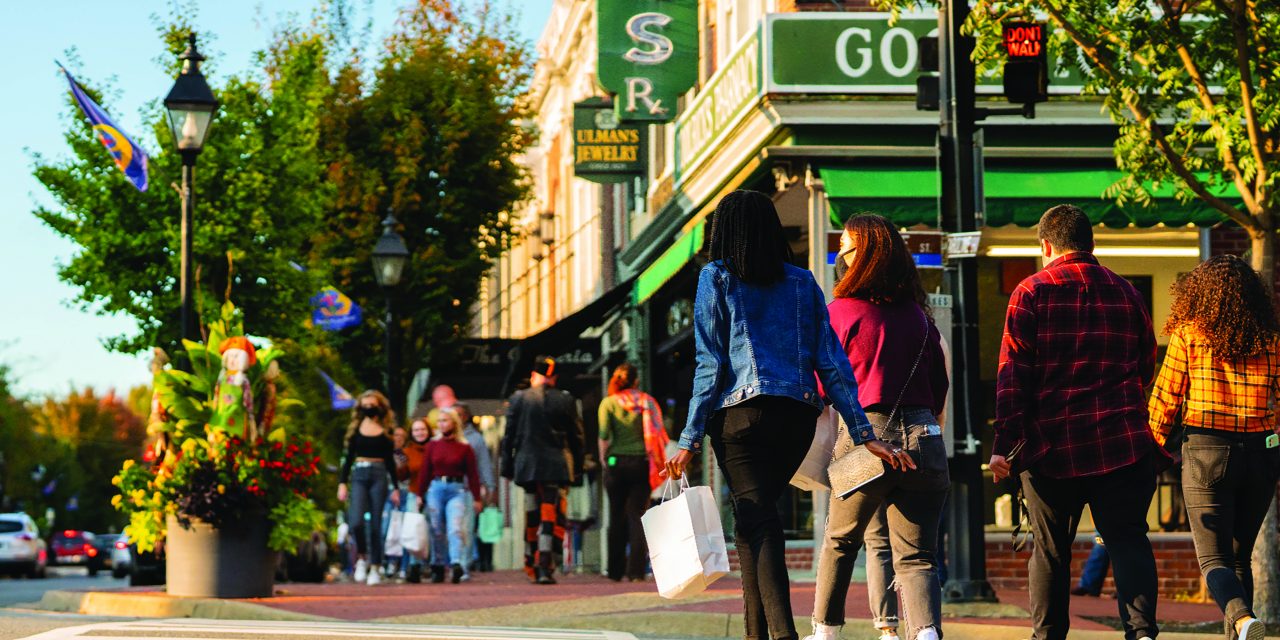 History, culture and delicious food merge in the ‘burgs

Traditionally, downtowns across America tend to be bustling locales filled with restaurants, theaters and exquisite dining. Virginia is no exception as the Old Dominion State is home to downtowns renowned for historic architecture, Southern hospitality, and, of course, exemplary cuisine. Groups seeking a convivial downtown outing can schedule a trip to these three Virginia cities, lovingly referred to as the ‘burgs.

Harrisonburg’s historic downtown is the center of the city’s culture. Its ample 40-block downtown district can be explored on foot, bicycle or by vehicle. Downtown Harrisonburg is brimming with enticing dining options, charming locally owned shops, beautifully restored architecture and one-of-a-kind museums.

Groups aiming to explore Harrisonburg’s fascinating history can visit the Valley Turnpike Museum and Civil War Orientation Center, both located in the Hardesty-Higgins House (built in 1848). The museum explores the history of the historic road now known as U.S. Route 11, a stretch where many small towns grew and prospered while the center provides an overview of the area’s rich Civil War history. Another fun stop is the Virginia Quilt Museum, which displays historic and modern exhibits of quilts from around the state and beyond. A short walk from the museum resides the Explore More Discovery Museum, which focuses on interactive, multi-sensory learning experiences for children. James Madison University’s Forbes Center for the Performing Arts features five venues, each acoustically designed to enhance dance, theater and music performances, and is a perfect spot for groups to unwind. 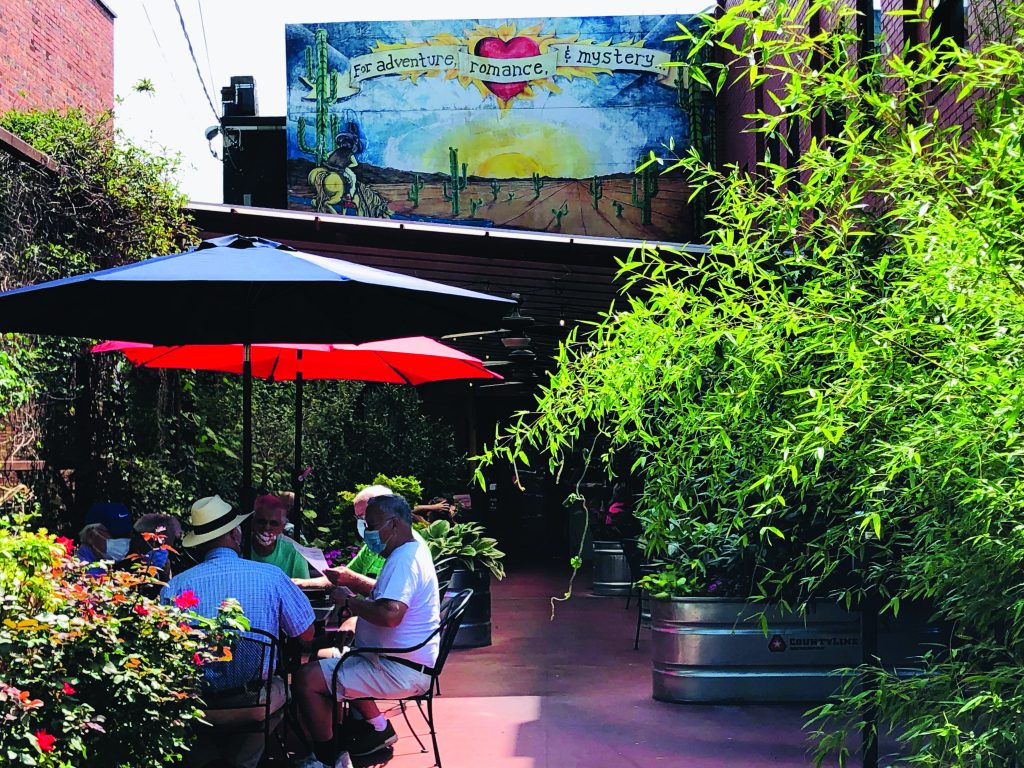 Groups can also savor excellent food at one of Harrisonburg’s more than 250 restaurants. Those looking to grab a bite while enjoying lively tunes can visit The Golden Pony, a locally owned restaurant and live music venue, or visit one of five micro-breweries all within walking distance to sample locally crafted beer or cider.

Stroll through one of the most fascinating periods of American history in Fredericksburg’s 40-block National Historic District located near the Rappahannock River. The district houses more than 350 original 18th- and 19th-century buildings and also contains more than 100 shops, chef-owned restaurants and boutiques. Groups can learn about this historic city on a Fredericksburg Trolley Tour or stretch their legs while enjoying Traipse Walking Tours.

Located in the heart of Old Town, Art First Gallery is the city’s oldest artist co-op and is home to local fine art in a variety of styles. Shopping downtown is a delightful experience with stops like Blue Shark Antiques and Collectibles, which sells a wealth of time-honored items; Fredericksburg Antique Mall and Clock Shop, home to collectibles, jewelry, glassware and furniture; and Caroline Square, whose shops sell primitive, antiques, candles and crafts.

The Shannon Air Museum contains one of the best collections in the country of American aircraft from the early 1900s. Discover famous aviators, view historic artifacts and learn about the founding of one of the first major airlines. Located a short drive from the National Historic District, the Fredericksburg & Spotsylvania National Military Park has been described as America’s Battleground, where the Civil War reached its bloody climax.

“There is a sense of place and authenticity when visiting the Fredericksburg Region. You can envision George Washington walking down Caroline Street as teenager and he would still recognize buildings,” said Victoria Matthews, tourism sales manager, Department of Economic Development and Tourism City of Fredericksburg.

One of the oldest cities in Virginia, Petersburg dates back to 1750 and has designated seven local historic districts covering more than 6,500 acres of land and including more than 700 buildings.

The Old Towne Historic District encompasses three areas: The original town, which contains the largest number of 18th-century buildings of any neighborhood in the city; New Town (also known as High Street), home to many of Petersburg’s notable houses that were built in the 18th and 19th centuries; and the heart of Petersburg’s commercial development, featuring 18th century houses and mansions along with federal townhouses and downtown stores. 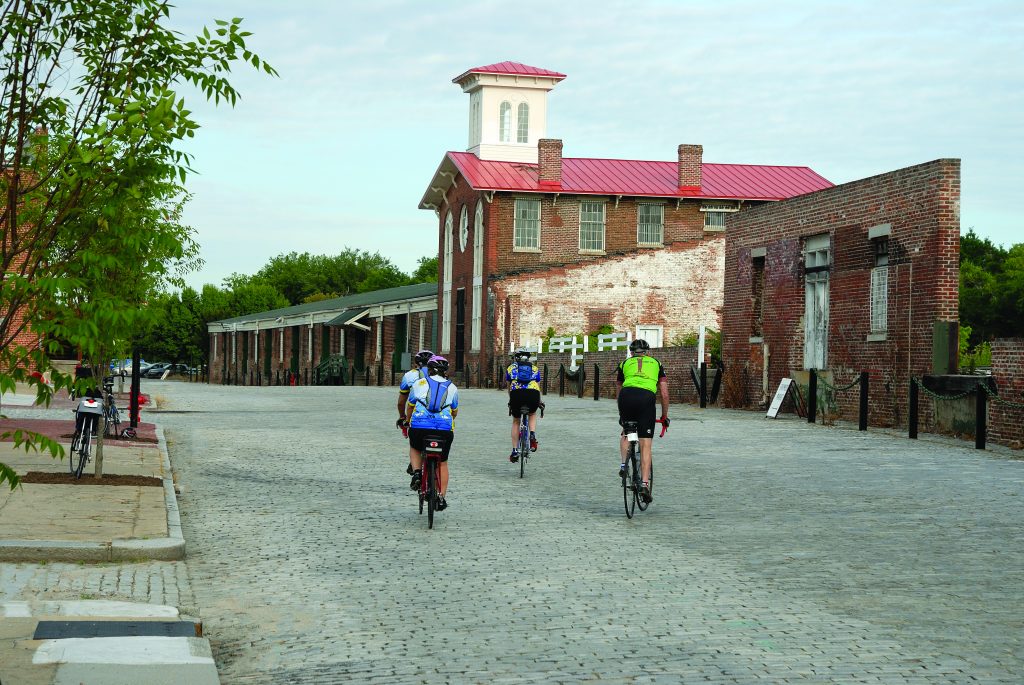 Those looking for top-notch regional cuisine can visit the Dixie restaurant, a landmark breakfast and lunch establishment that has been open since the 1920s and specializes in traditional Southern cuisine. DJ’s Rajun Cajun and Steakhouse features a garden patio and one of the longest happy hours in town while Alexander’s Fine Food serves authentic Greek and Italian entrees, fresh seafood and homemade desserts.

Shopping in Old Towne Petersburg is always enjoyable, thanks to stops like Sycamore Antiques and Architectural Art, which sports a sizable collection of 19th century furniture, folk art and collectibles; and The Art Room, a working artists’ studio and gallery featuring the work of local artists.

Almost one quarter of the Civil War was fought around Petersburg and the Petersburg National Battlefield tells the story of the nearly 10-month siege that caused the collapse of Richmond and General Robert E. Lee’s army. The 2,700-acre park contains a 16-stop driving tour that takes visitors through four units of the battlefield: Ulysses S. Grant’s headquarters; the Eastern Front, where battles of the Crater and Fort Stedman took place; the Western Front, where intense fighting continued; and the Five Forks Battlefield, a battle that led to the Confederates’ retreat and Lee’s surrender.