The Ticket to Group Fun 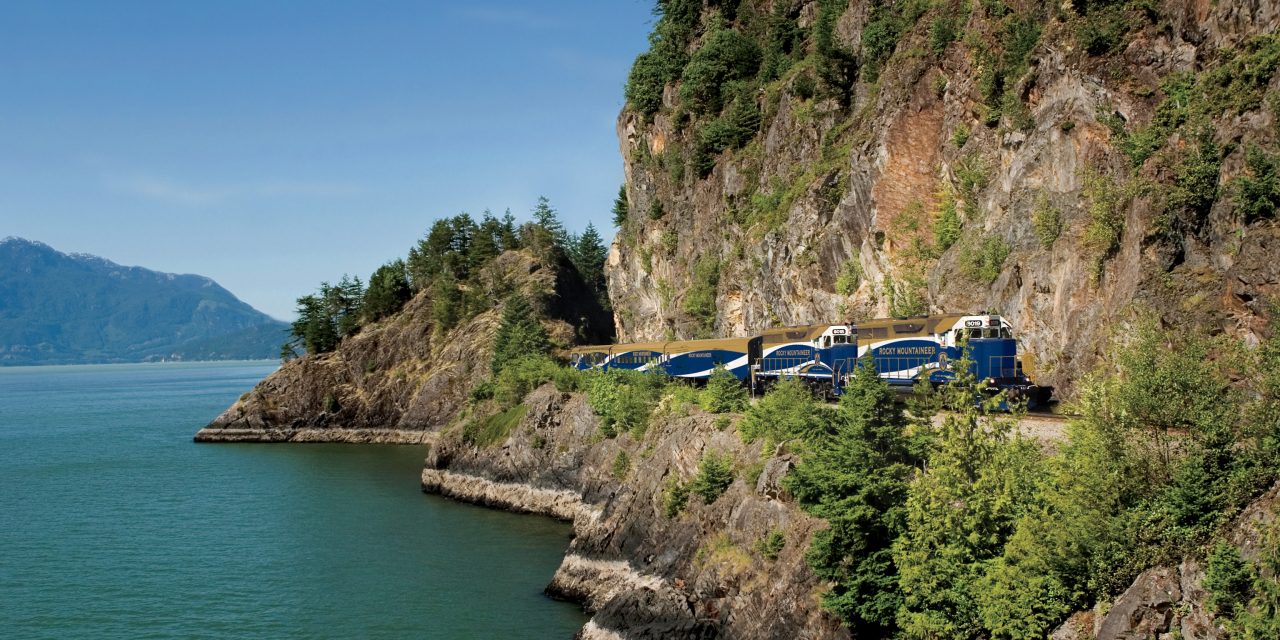 Since the early days when railroads used smoke-belching steam locomotives and cabooses were at the rear of every freight train, this fascinating mode of transportation has enthralled young and old alike. Today, trains are just the ticket for group travel. 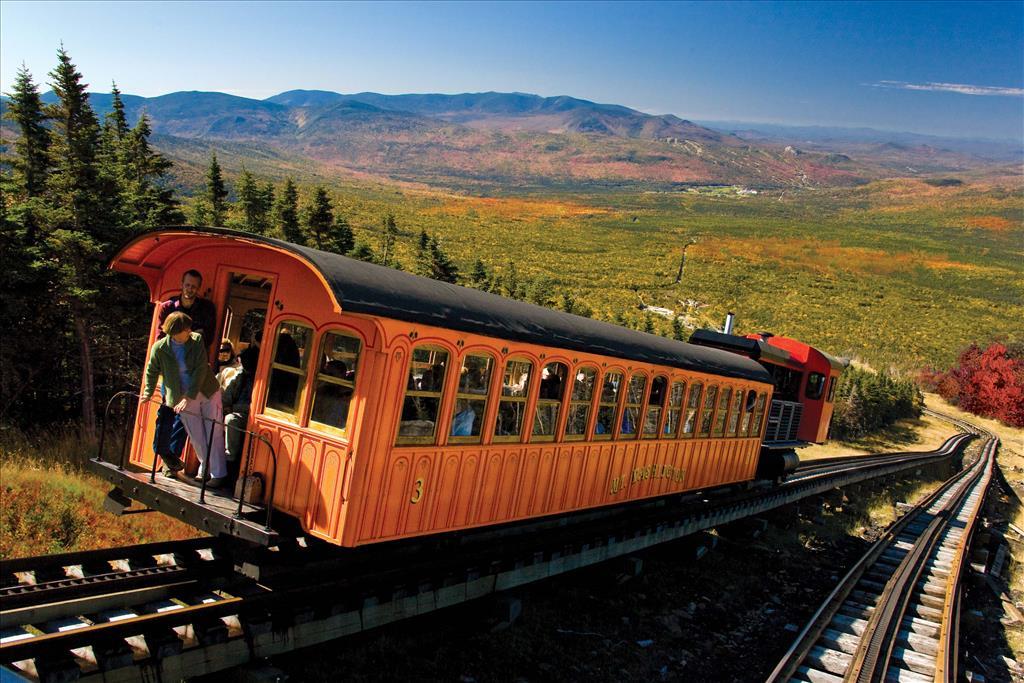 High-capacity passenger cars, a variety of locomotives and rolling stock, and scenic locations add up to a good time while getting you to where you’re going. Even smaller museum railroads are becoming better able to accommodate groups of all sizes and offer more incentives to ride with them.

From awe-inspiring fall foliage trains to coastal zephyrs, from mountain-high rail experiences to 1880s flavor rides, your group is welcome aboard. Special cars and on-board dining options can be part of your group’s train ticket. Many railroads operate rail museums that your group can tour, as well. Or perhaps your group will hold a farewell dinner in the station or near the roundhouse.

Listed here is a hopper-load of railroads and tourist lines that welcome groups and can make a trip over the rails a memorable experience:

One of only two cog railroads in the United States, the Mount Washington Cog Railway in picturesque New Hampshire is the oldest “cog” line in the nation (1869). Originally thought to be impossible to build, it ascends 6,288-foothigh Mount Washington and takes passengers to Mount Washington State Park, which features hiking trails, an observatory and a visitor center. On a clear day, you can see four states while locomotives do the hard work of getting your group to the top. 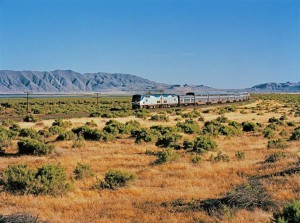 With more than 30 train routes nationwide, Amtrak can take your group on a long or short trip in just about any region of the country. A favorite route is that of the California Zephyr. On this Chicago-to-San Francisco streamliner, groups can enjoy some of the best eye candy America has to offer, such as the Rockies and the Sierra Nevadas, while sitting back in a comfortable seat or watching the scenery from a roomette or a bedroom. On certain segments of the route, the National Park Service offers educational programs.

Traveling over a former C&O main line between Huntington and Hinton, West Virginia, this line offers such spectacular sights as the largest arch bridge in the country, Kanawha Falls and Hawks Nest Dam. Old ghost towns and mining sites can also be seen as your group enjoys traveling through country that is called the “Grand Canyon of the East.” Many rail trips are offered, including a stunning fall color trip and a private luxury railcar excursion that traverses the majestic New River Gorge. 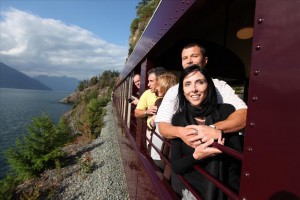 The Rocky Mountaineer, a premier rail tour company, offers two-day and longer trips on five routes and more than 40 railway excursions throughout British Columbia and Alberta in Canada. Waterfalls, forests and mountains can be seen from roomy passenger cars or bi-level dome coaches with full length windows. Depending how your group would like to travel, different levels of service are available, and extras such as a hosted bar or onboard meeting areas are available.

If your group is heading for the Rockies, there’s no better ride than along the tracks of the 45-mile-long D&S, headquartered in Durango. Whether your group rents its own passenger car, caboose or even a whole train, this colorful 1880s-style line doesn’t hold back when it comes to original equipment and fully-functional steam locomotives. Trains follow the Animas River into 9,300-foot-high Silverton, an old mining town that brings back the flavor of the Old West. This railroad is the definition of “high” adventure.

This is simply one of the best ways to see Alaska. Built to link the Pacific seaport of Seward with the interior before there were highways, it offers 500 miles of track. The flagship train, the Denali Star, operates daily between Anchorage and Fairbanks, but there are also unique trains such as the Coastal Classic, the Hurricane Turn and the Glacier Discovery. Groups of 20 or more get a complimentary guide and can choose from two classes of service.

From April to December, West Virginia’s mountains and valleys come alive with the welcoming wail of train whistles from refurbished and historic locomotives that depart from the line’s Elkins and Durbin depots. Choose to chug alongside a clean mountain river and take in the sights of rolling meadows of wildflowers, or climb to more than 4,000 feet in elevation behind a diesel, burrow under Cheat Mountain and negotiate the two sharpest main line railroad curves in the country.

From the historic depot in Bryson City, N.C., train routes follow the Tuckasegee or Nantahala rivers, past bucolic farmland, deep forests, waterfalls and sheer rock faces. On the four-hour Tuckasegee trip, riders are momentarily enveloped in total darkness in the 836-foot Cowee Tunnel. The trip includes a shopping/dining stop in the quaint town of Dillsboro. On the 4.5- hour Nantahala Gorge excursion, passengers can watch whitewater rafters, and the railroad offers train/raft packages.