Shining a Light On History 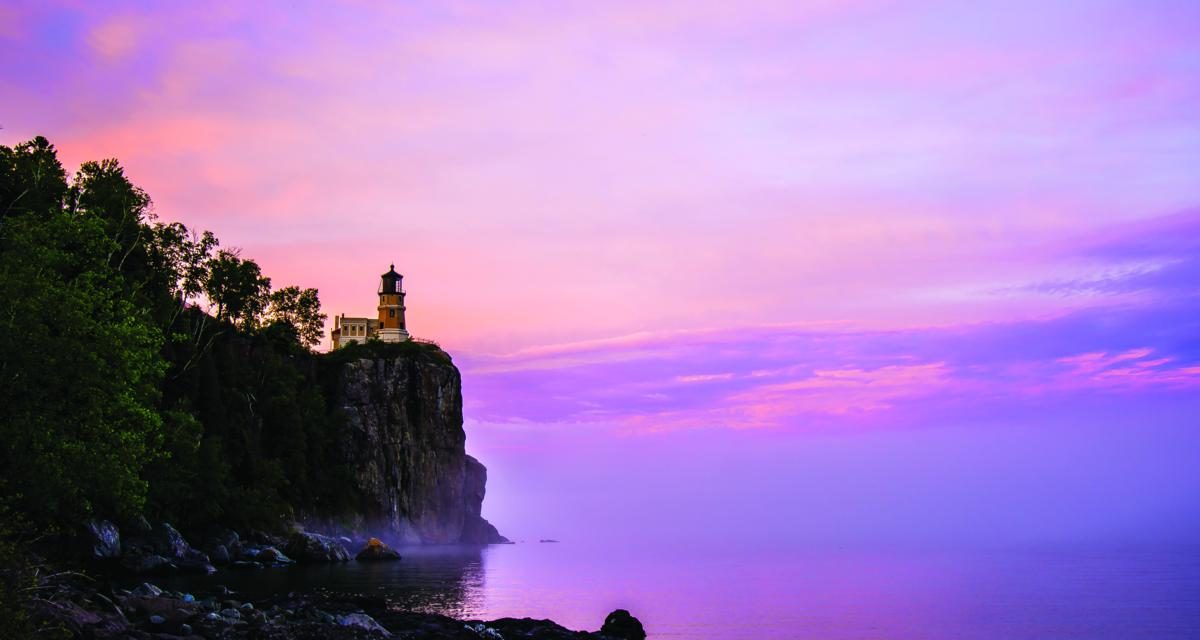 For 60 years, the Split Rock Lighthouse beacon flashed its light across 20 miles of Lake Superior waters. Regulations today prohibit the light being used for navigation, but this iconic National Historic Landmark has plenty of stories to tell.

For 35 years, Lee Radzak has been the Minnesota Historical Society’s resident manager at Split Rock Lighthouse. If there is one thing he can share with visitors, it’s “how important the lighthouse was in safeguarding the ships on this often dangerous coast of Lake Superior.”

By the early 20th century, iron ore from Minnesota’s Iron Range region was being loaded on freight-carrying ships at Duluth, the major port city on Lake Superior. The raw ore was shipped through the Great Lakes and unloaded at Lake Erie ports serving Eastern steel plants and their blast furnaces. Indeed, the land and Lake Superior are connected. 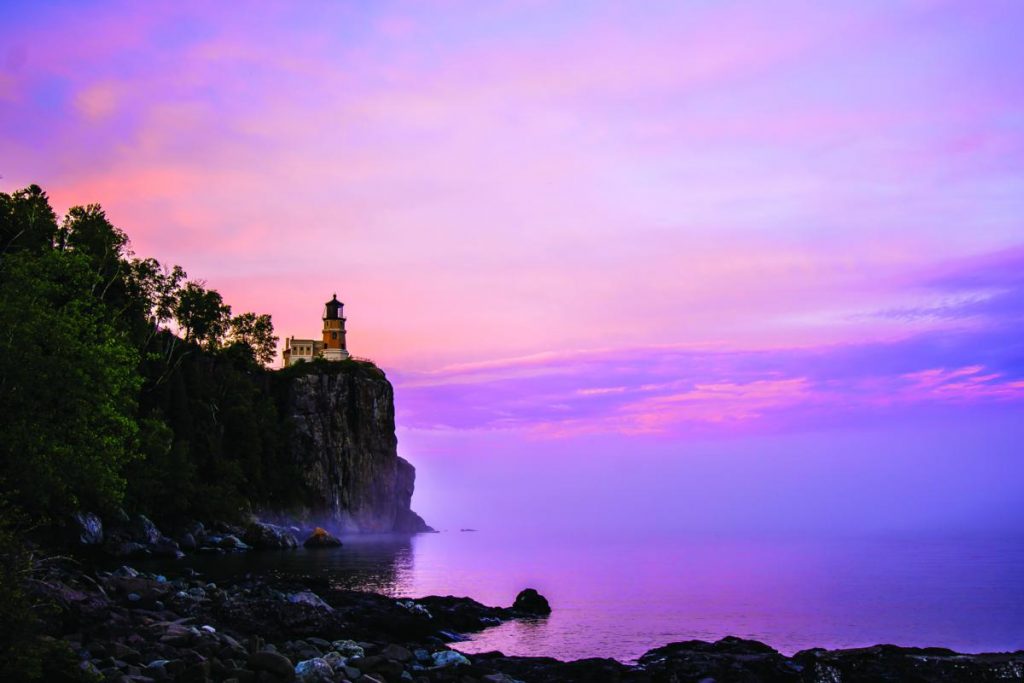 On Nov. 28, 1905, gale-force winds screamed across Lake Superior, damaging 29 ships. Nine of the ships lost were the uninsured property of U.S. Steel. This dangerous stretch of water needed a lighthouse, and a delegation led by U.S. Steel executives descended on Washington, D.C. The 7.6-acre facility was completed in 1910 and Split Rock Lighthouse was born.

For almost 15 years, the only way to access the lighthouse that guided freighters was by water. Isolated and under the harsh conditions often found on Lake Superior, the keepers worked at all hours to keep the kerosene beacon shining and themselves supplied.

The lighthouse operated during the May-December shipping season. Throughout the night, the keeper and two assistants kept watch and serviced the beacon in four-hour shifts. Whenever visibility fell below 5 miles, they’d sound the fog horn every 20 seconds. Supplies were not readily available, so they needed to be skilled mechanics. By the early 1930s, the keepers added “tour guide” to their job description. 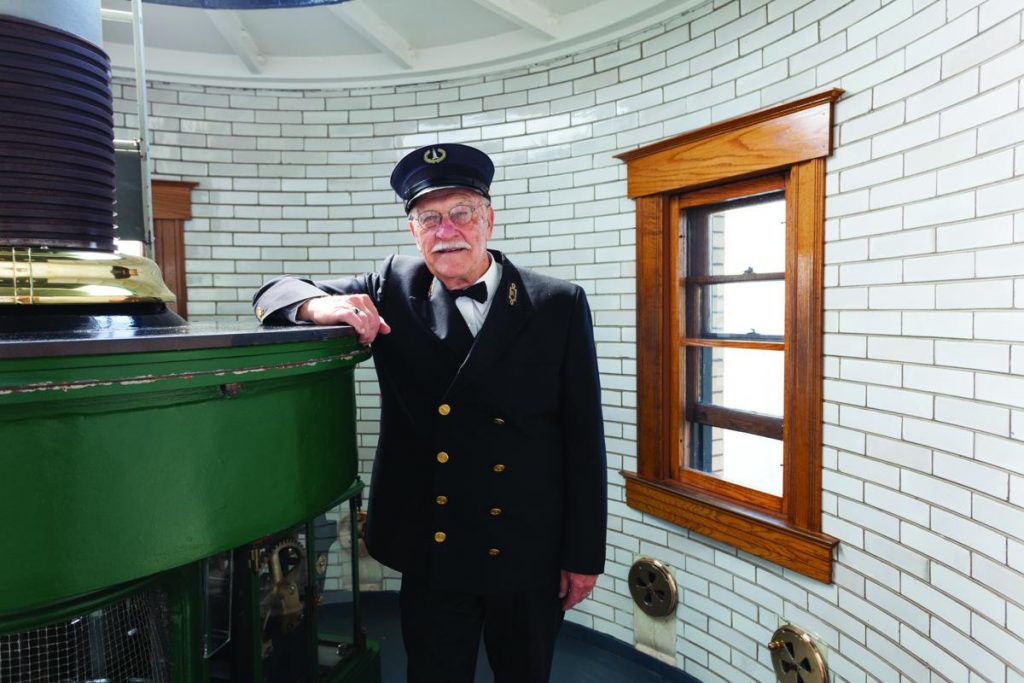 In 1924, the Lake Superior International Highway was completed, making the lighthouse accessible by land. Keepers and their families could live at the lighthouse year-round. Tourists began to travel to the remote areas around Lake Superior and soon found their way to Split Rock Lighthouse. During the early 1930s, annual visitors numbered about 5,000. By 1938, keeper Franklin Covell reported that 27,000 visitors signed the guest book, but he estimated more than 100,000 had been to the lighthouse. 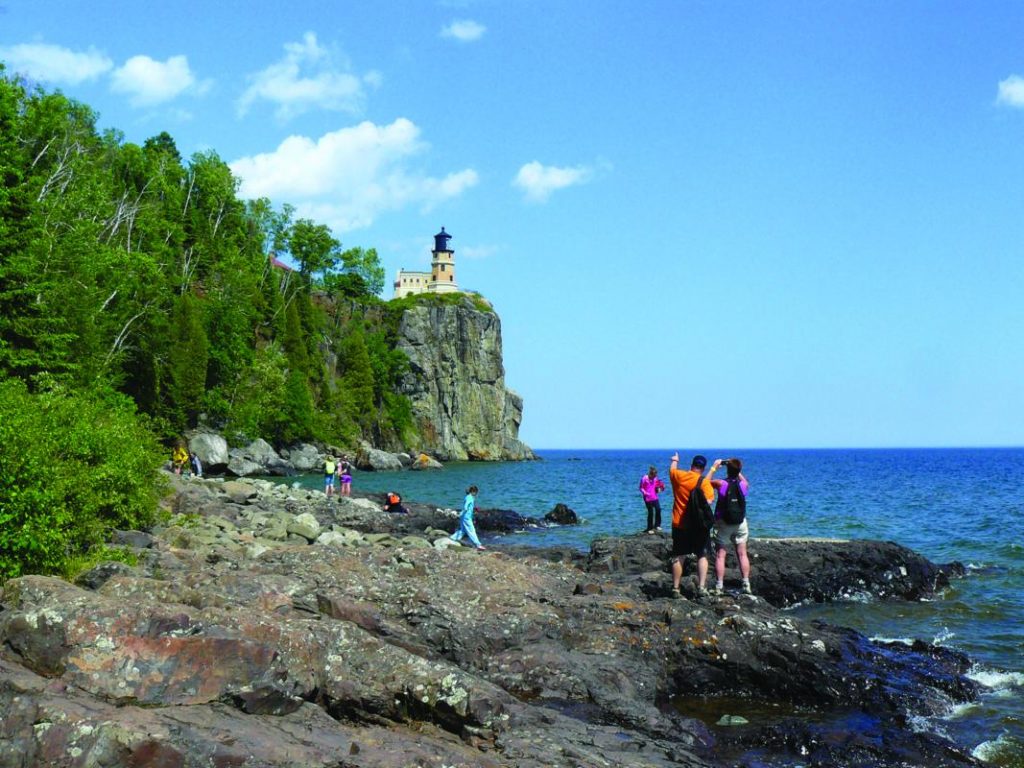 Long-range radar and global positioning systems arose as navigational tools and deemed lighthouses obsolete, but Split Rock Lighthouse never missed a beat. The State of Minnesota obtained the scenic landmark in 1971, and in 1976 operational responsibility was transferred to the Minnesota Historical Society. Restored to its 1920s appearance, the original keeper’s dwelling was opened in 1980. The visitor center followed in 1986.

As early as the 1930s, tour buses were welcomed at the lighthouse compound by the light keepers. That spirit of hospitality is still the same.

“Fall is our busiest season. In fact, on some Saturdays during peak leaf color we’re so busy that those Saturdays are the only time we cannot accept reservations from group tours,” Radzak says. 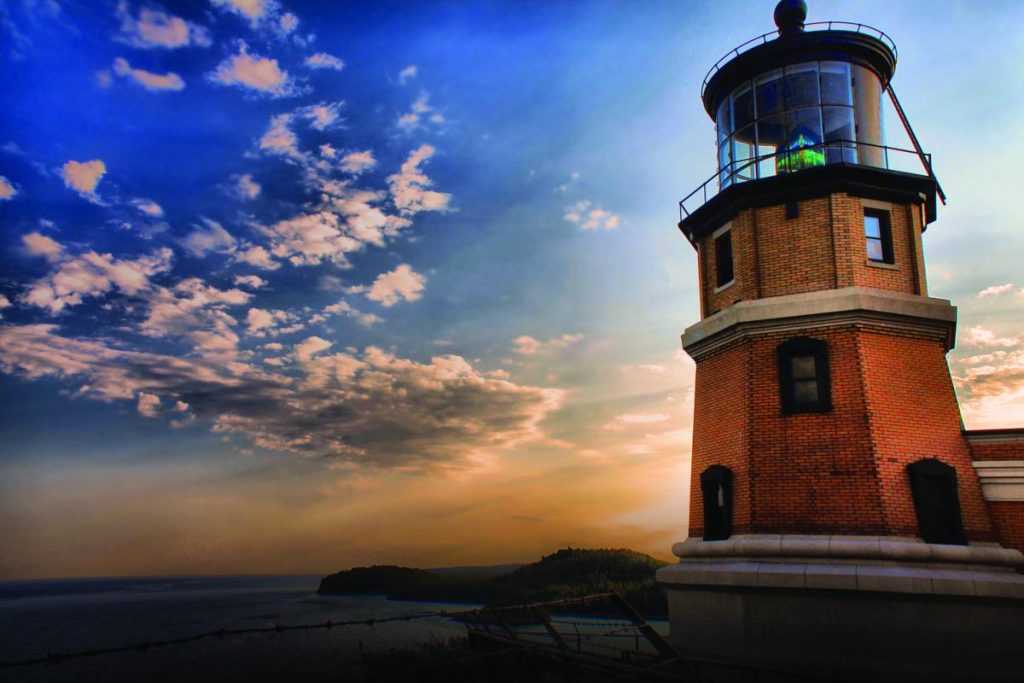 He adds, “When booking a tour, tell us about your group’s special interest and we can tailor a tour for them. The visitor center’s 13-minute film, The Story of Split Rock Lighthouse, is the perfect introduction. The adjacent exhibit area reinforces the significance of Lake Superior shipping. Of course, an attraction of such historical significance has a well-stocked gift shop.

Following the film is a tour led by an expert in 1920s period costume. Visitors are taken to the lighthouse and historic buildings. The Lighthouse Keeper’s House presents how the keeper, and later his family, survived this punitiveand remote place. The Fog Signal Building and Oil House also contribute to the lighthouse story. Allow at least 45 minutes from arrival to departure. Visit online at mnhs.org/splitrock. Schedule your tour by calling 844-667-8679 or 218-226-6372. Email splitrock@mnhs.org for more information.