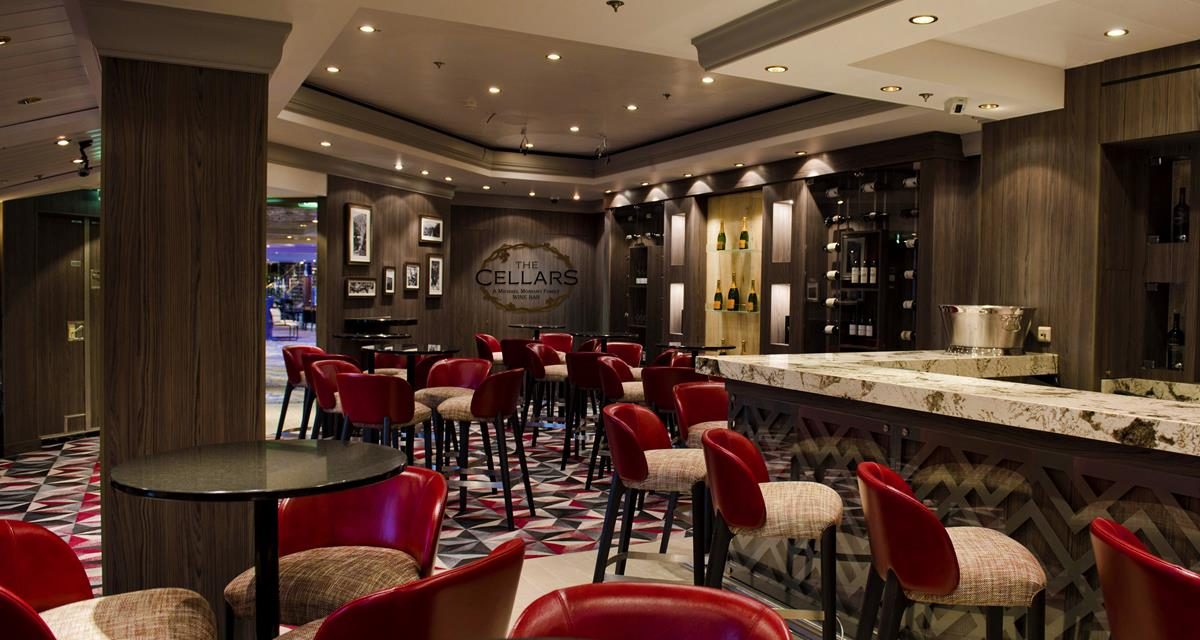 Earlier in January, Norwegian Cruise Line revealed plans for its innovative ship revitalization and renovation program, The Norwegian Edge™, a $400-million investment. Designed to completely transform spaces onboard nine of Norwegian Cruise Line ships along with some technical advancements, these ships then emerge essentially as new. The Norwegian Dawn recently came out of a month-long dry dock with new restaurants, bars, updated décor and designs. She has been virtually rebuilt.

New Restaurants, Lounges and Bars Onboard

A favorite on other Norwegian Cruise Line’s ships, O’Sheehan’s Bar & Grill is one of the new restaurants now onboard the Norwegian Dawn. With a signature sports bar décor, it offers beers on tap along with favorite pub fare, and is a great gathering place.

The Cellars™, a Michael Mondavi Family wine bar, has been added to the Norwegian Dawn. Wine lovers can sip and savor the upscale, modern wine bar’s tastings as well as enjoy fun, engaging educational events. The Cellars™ debuted on the Norwegian Escape last November as the very first wine bar at sea, thanks to a partnership Norwegian Cruise Line created with the Michael Mondavi family. Over 35 grape variations are featured on the wine list, which includes selections from the Michael Mondavi Family’s estate in Napa Valley as well as Tuscany’s Ornellaia. 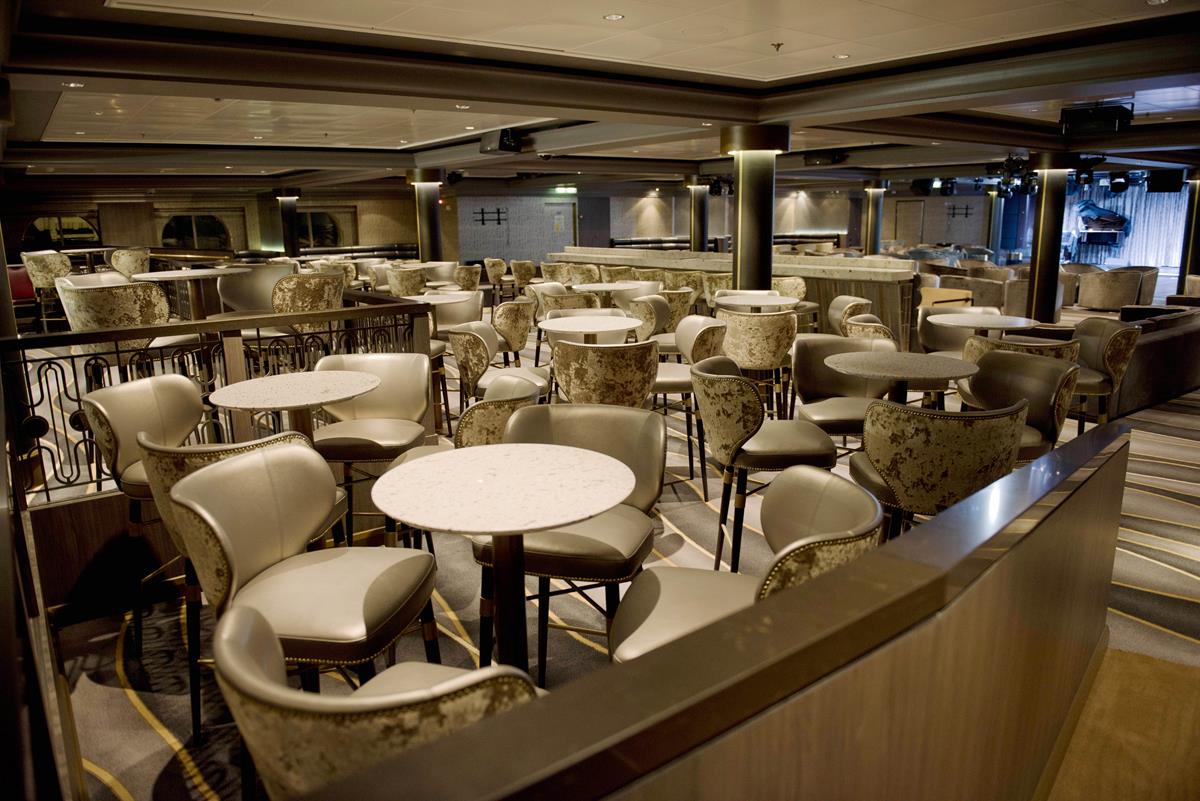 Another new venue that Norwegian Cruise Line has been adding to its fleet is Los Lobos Cantina, an upscale Mexican restaurant. Los Lobos Cantina is now onboard Norwegian Dawn and provides a modern take on traditional Mexican favorites. Hand-crafted margaritas and guacamole prepared tableside, along with enchiladas de mole and al pastor tacos, are available a la carte.

New contemporary furniture, accents and carpeting, along with refinished bar fronts, transformed the former Spinnaker Lounge into the new Bliss Lounge, where guests can relax and enjoy cocktails.

The Atrium on Norwegian Dawn is another area with a new look and feel. The new lighting and plush carpet provide a modern, clean look. Enhancements were also added to the Guest Services reception desks. Also added to the Atrium area is Tides, a brand new shopping venue, which offers a wide selection of fine jewelry. 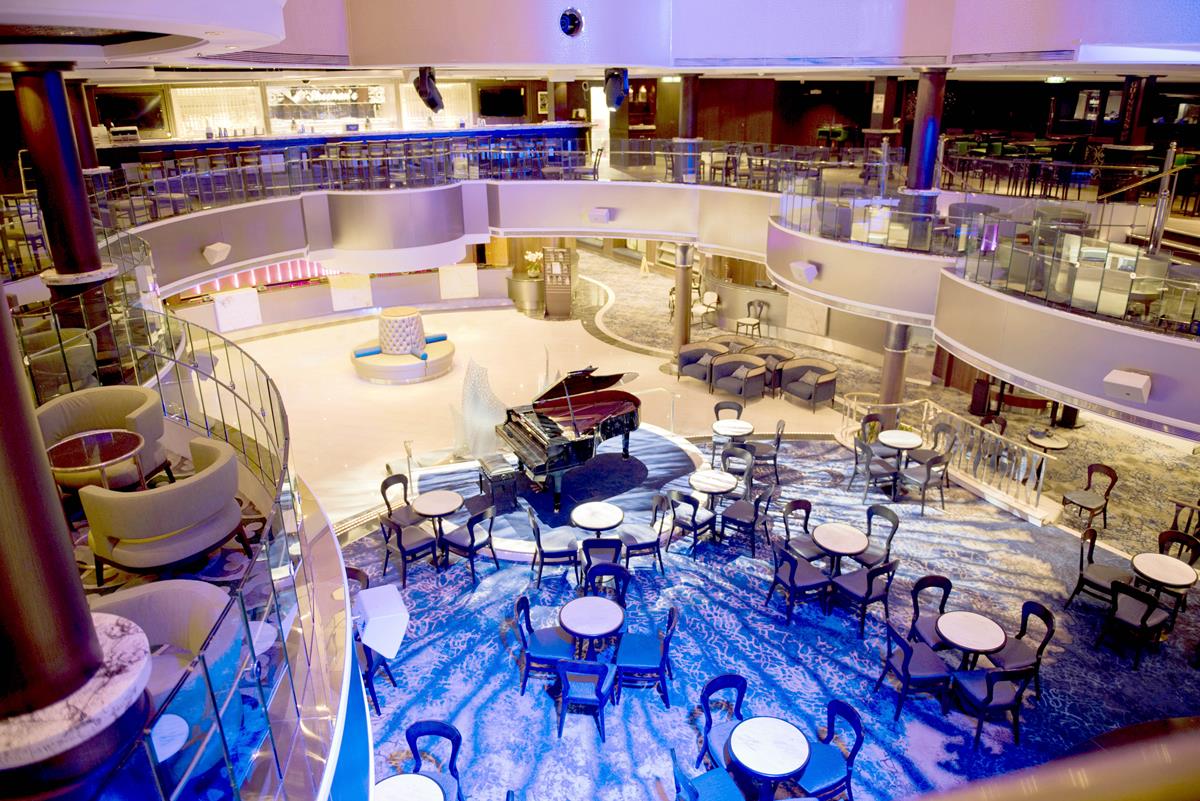 Norwegian Dawn’s shopping venue, Ports O’Call, also went through a complete makeover with new flooring, lighting and finished and has been renamed Tradewinds.

The pool deck onboard Norwegian Dawn now has a sleek, yacht-like feel, thanks to a complete refurbishment, with new decking along with new awnings. New exterior showers were installed and pool loungers were upgraded on the main pool deck area. The Bimini Bar, which overlooks the main pool, features a new look after going through a complete refurbishment.

The Photo Gallery was not only upgraded with tile flooring and sleek furniture, but now offers guests onboard easier ways to view photos along with purchasing them. New individual monitors are now part of this area along with larger photo display panels. 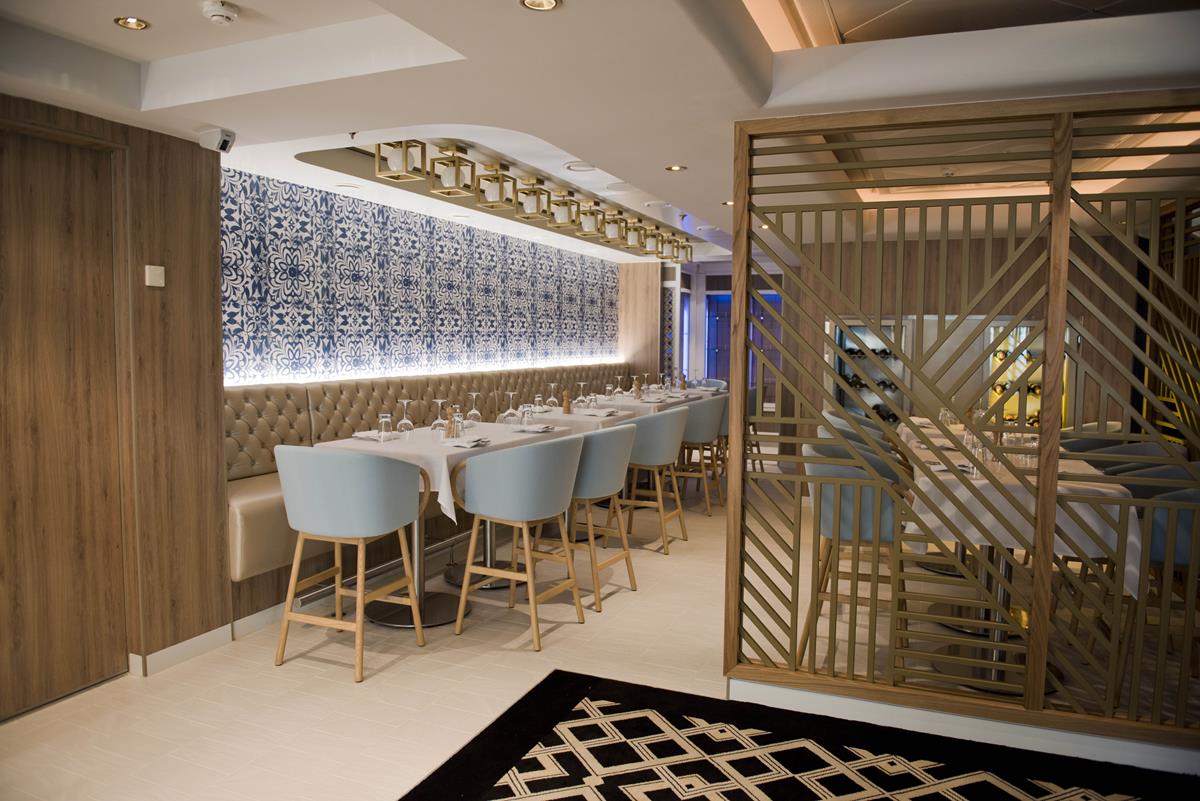 Each stateroom onboard the Norwegian Dawn went through enhancements, from new carpeting and drapery to bedding, furniture and artwork. Also during the extensive dry dock period, the ship’s two Garden Villas underwent a complete makeover themselves, both inside and out. New flooring, along with furniture, bedding, décor, new ceilings and flat-screen TVs, were all part of the makeover.

After re-entering service on June 17, the Norwegian Dawn began sailing from Boston to Bermuda on week-long cruises, which she will continue to do through October. During the winter season, starting this November, she’ll then do Western Caribbean cruises from New Orleans. -With the Norwegian Edge ™ now complete on the Norwegian Dawn, she has the “new ship, new feel” that encompasses what cruising on Norwegian Cruise Line is about.