Montana’s Dinosaur Trail: Blast from the Past 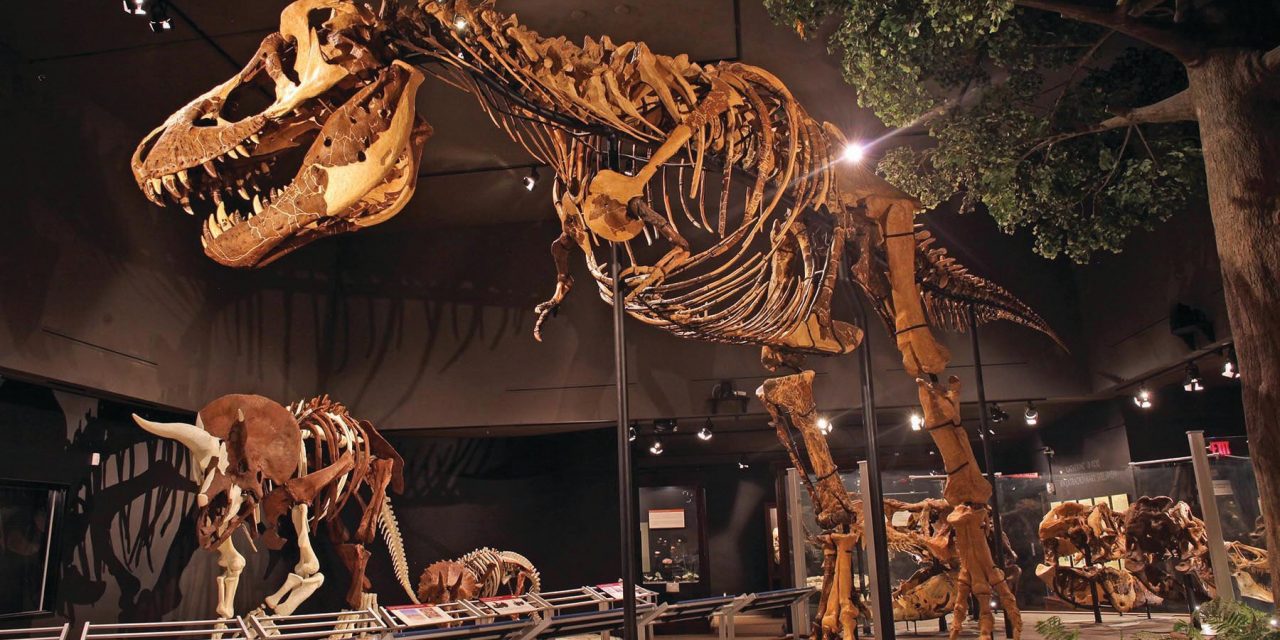 Museums and other attractions across the state give us a better understanding of these prehistoric giants; two places offer opportunities to dig for bones

Montana boasts some of the most important discoveries of dinosaur specimens and some of the most renowned paleontologists in the world. The state’s landscapes, from rugged mountain peaks in the west to sweeping plains in the east, have provided the ideal conditions for finding fossils.

The folding and shifting that produced this varied terrain exposed rock formations from nearly every geologic era—including the Cretaceous and Jurassic periods when dinosaurs lived. These rock formations are at the surface, often in dry, rocky “badland” environments with little vegetation and topsoil to cover the fossils, thus making it possible for people—paleontologists, ranchers, farmers, hikers—to discover them. And because Montana is sparsely populated, sites haven’t been disturbed or covered by heavy development. 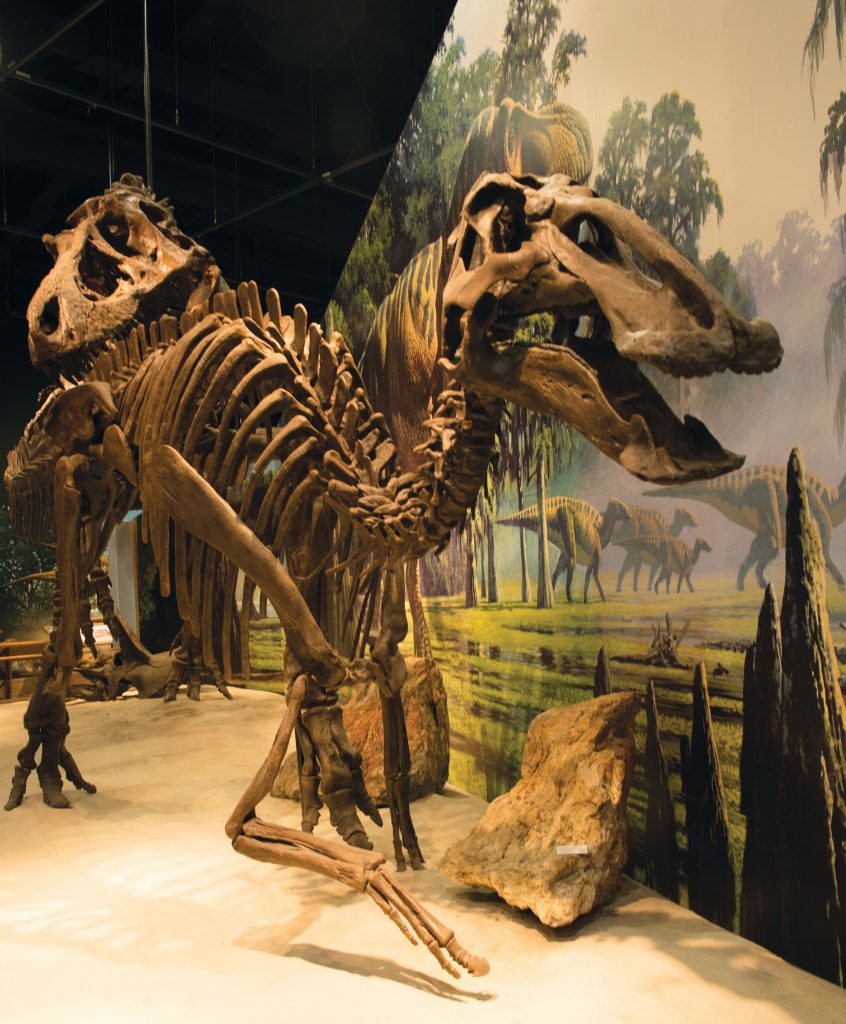 The 13 museums and one state park that make up the Montana Dinosaur Trail shed light on this aspect of prehistory, showcasing fossilized dinosaur bones and, in some cases, full skeletons. These locations can be found all across the state, mostly in the northern half. Two of them offer the opportunity to help scientists dig for dinosaur remains.

The Great Plains Dinosaur Museum and Field Station in Malta, located in the heart of “dinosaur country,” features a cast of “Leonardo,” recognized by the Guinness Book of World Records as the best-preserved dinosaur in the world. The ‘mummy” Brachylophosaurus was discovered in 2001 with a majority of its body covered in skin. On dinosaur digs conducted on select dates in summer, guests can work with scientists to collect fossils that may go on display or be the focus of research.

Just down the road from the Great Plains Dinosaur Museum, visitors to the Phillips County Museum can meet “Elvis,” a 33-foot-long Brachylophosaurus fossil, one of the best-articulated skeletons ever found. It was named for the rock ’n’ roll legend because its hip was found first. A 28-foot-long, full-size Albertosaurus, a relative of the T. rex, greets arriving visitors, and they can pose with a 700-pound Apatosaurus femur. 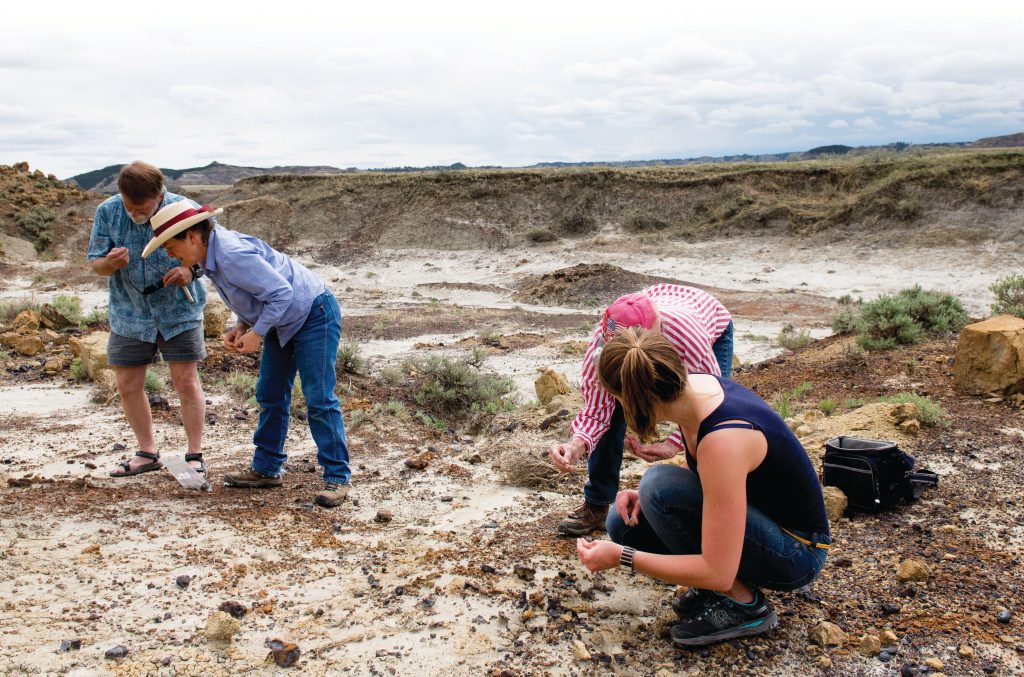 Close to the Montana/North Dakota border, Makoshika State Park (Montana’s largest) counts more than 10 different dinosaur species discovered there. Fossils in its visitor center include a complete Triceratops horridus skull. Impressive fossils also are on exhibit at the nearby Frontier Gateway Museum in Glendive.

The Museum of the Rockies in Bozeman, a Smithsonian Affiliate, has the world’s largest collection of T. rex and Triceratops specimens. Visitors also can see the bones of “Big Al,” a nearly complete Allosaurus, and numerous dinosaur eggs. A cast of the most complete T. rex specimen ever found (known as “Montana’s T. rex”) is on display at the Fort Peck Interpretive Center in Fort Peck, and the real skeleton is at the Museum of the Rockies.