Mississippi’s Got the Blues 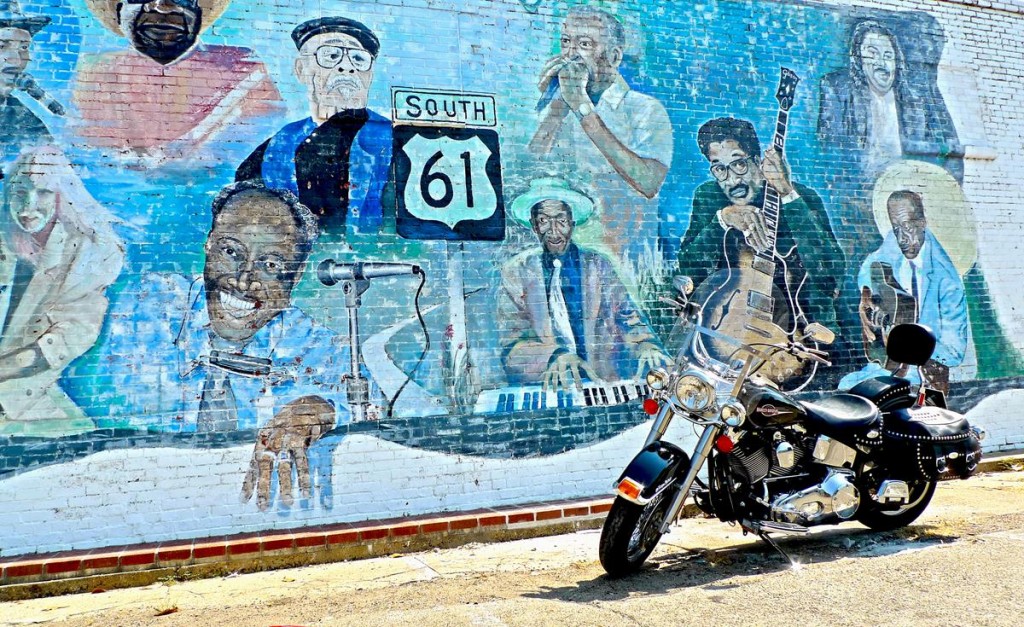 Experience a purely American musical genre at museums, clubs and festivals on a trip down the Mississippi Blues Trail.

The Mississippi Blues Trail has been in the works since the mid-18th century. Notably in the Mississippi Delta region, rural African-Americans converting to Christianity began playing and singing popular hymns. Blues developed as the secular counterpart to their spirituals.

From those humble beginnings blues emerged as an important source of today’s popular music. During the 19th century the chord progressions and the musicians that played the blues influenced rock ’n’ roll, jazz, gospel and country music.

The Mississippi Blues Trail is a journey to experience the birthplace of  the blues. Placed throughout the state’s five regions are graphic and informative markers that tell the stories of Mississippi’s bluesmen and women. Found on city streets and country roads, in churches and clubs, more than 100 markers can be seen.

There are a dozen museums along the trail. “Blues Ambassador” B. B. King, Elvis Presley, Jimmie Rodgers, Robert Johnson and Mississippi John Hurt are each honored. Much of the early history of blues was not recorded. The first printed sheet music wasn’t published until 1908, the first recording done in 1920. Prior to those dates much of blues history was passed on through storytelling.

Any tour on the trail is only complete when the music is experienced. There are clubs, restaurants and venues where blues is played nightly. Good Southern cooking and an evening of entertainment await.

Whether you’re a blues aficionado, a lover of good music, an American history buff or just a curious traveler, the Mississippi Blues Trail is yours to discover. You can certainly build a full and enjoyable itinerary around the trail, or just cover a few stops on a Mississippi tour.

Dockery Plantation, considered by some blues historians to be the birthplace of the blues, was founded in 1895. John Dockery’s cotton plantation and sawmill had a reputation for treating sharecroppers and itinerant laborers well. Workers from throughout the South were attracted to Dockery, including Charlie Patton (1891-1934).

The plantation owner took no interest in his workers’ music and allowed them to pursue their interests in their leisure time. Many were drawn to Cleveland’s Chrisman Street, the center of the area’s African-American social life. Among the nightclubs and cafes, the most popular was the Harlem Inn. Patton and Willie Brown were popular figures on Chrisman Street.

Founded in 1961, Po’ Monkey’s is open just one evening a week. Originally, it was the place for locals to relax and hear some music. By the 1990s Po’ Monkey’s was becoming popular with blues tourists and students from nearby Delta State University.

In the rural South , juke joints were preceded by “jookhouses.” Residents cleared the room of furniture and often served fried fish and homemade liquor. The blues were live. Later, as juke joints emerged, a jukebox and deejay provided the performance. Complete with aging beer posters on the walls, a pool table and jukebox, Willie “Po’ Monkey” Seaberry’s place is one of the last remaining juke joints in the South. 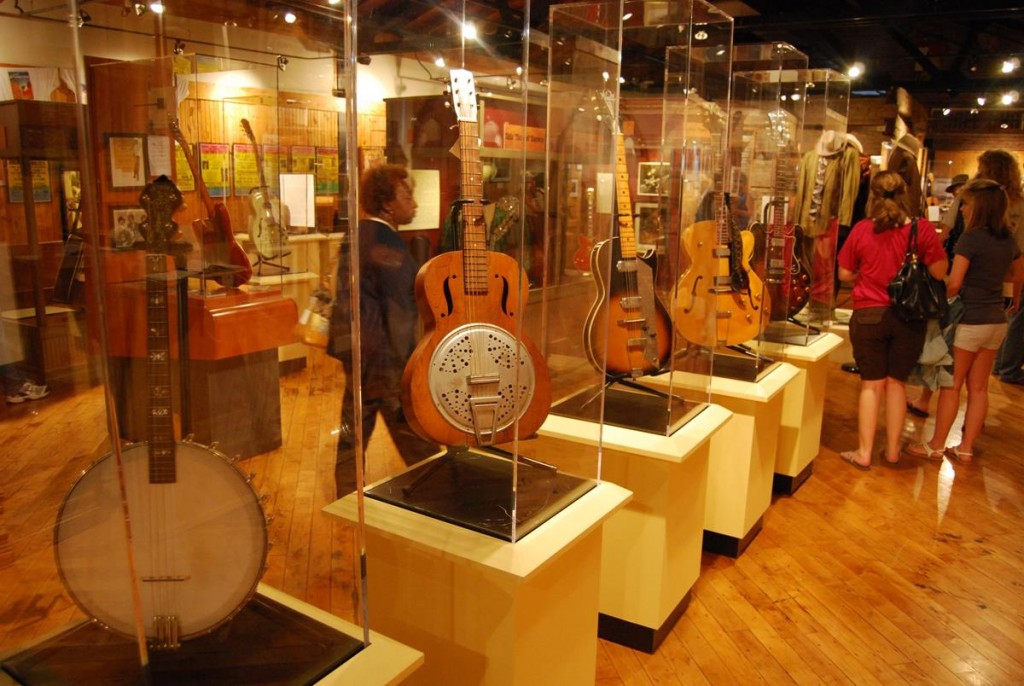 It’s only fitting a museum dedicated to the blues would find a home in Clarksdale, a town steeped in the history of the blues. The Delta Blues Museum, established in 1979, moved to the historic Clarksdale freight depot in 1999. Artifacts, photographs, posters and memorabilia from significant blues musicians are on display.

A 2012 addition to the museum’s permanent collection celebrates the Sunflower River Blues and Gospel Festival, which attracts more than 30,000 visitors the second weekend in August. The museum’s Blues Alley stage is the main venue and also a featured performance site for the annual Juke Joint Festival (April 11, 2015), but entertainment is spread over more than 21 venues. 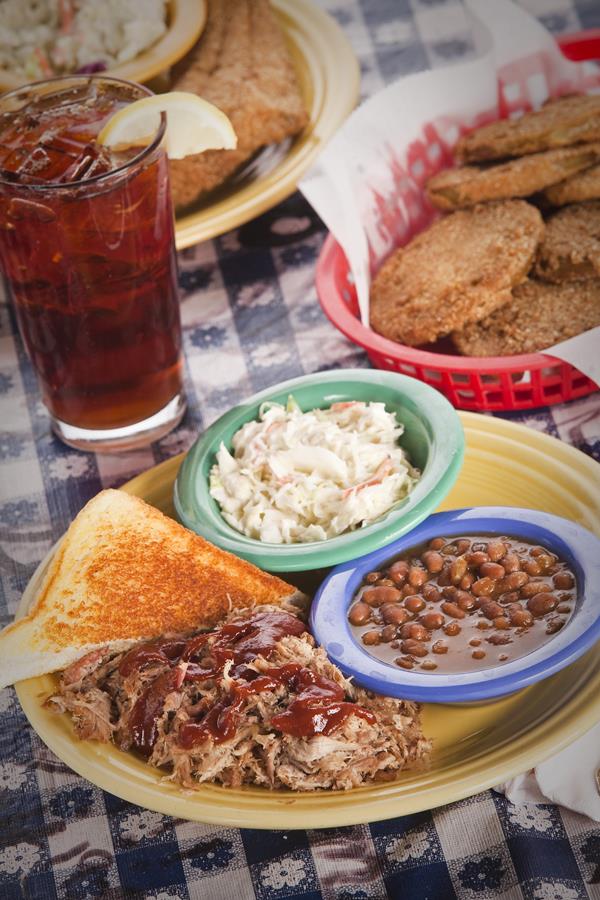 Located next door to the Delta Blues Museum, Ground Zero Blues Club celebrates the region’s heritage and provides an authentic blues experience. Blues musicians living in the Delta region are featured Wednesday through Saturday. The menu says Southern with pulled pork BBQ and fried catfish. It’s probably a safe bet that the Potato a la Morgan entrée is named for actor and co-owner Morgan Freeman, a Mississippi Delta resident. A group menu is available for parties of 15 or more. 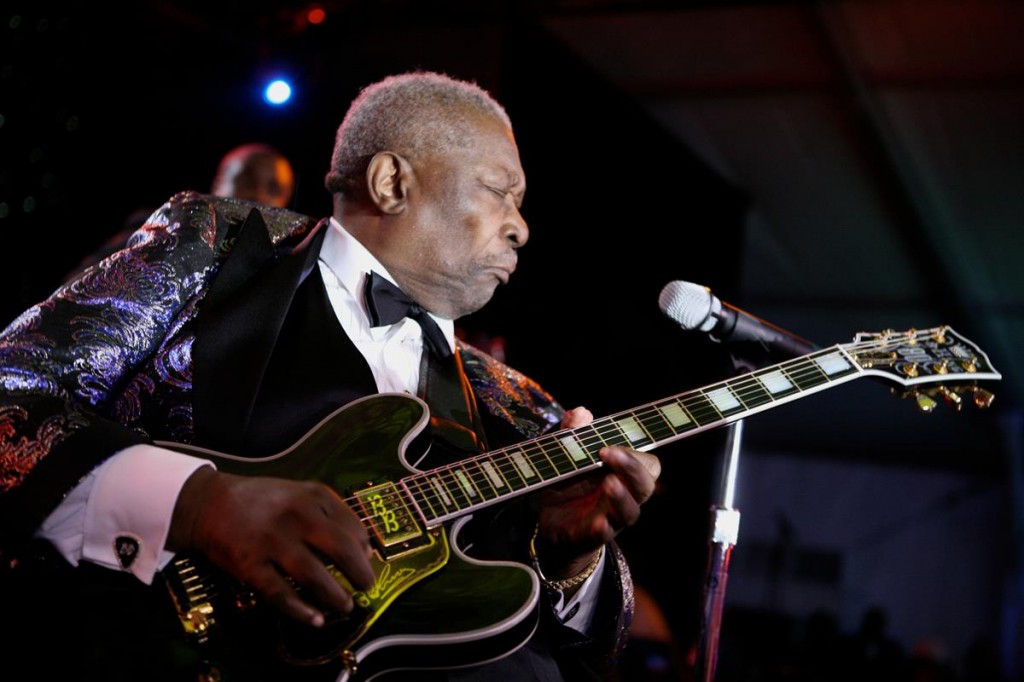 The life of B. B. King, one of America’s most influential musicians, provides the backdrop for the museum. Through music, art, artifacts and video this remarkable musician and his legacy are shared.

Born Riley B. King in Berclair, Mississippi, he was the child of sharecroppers. It was King’s wish that education be at the heart of the museum. Workshops and programs for local residents and visitors are continuous. A curriculum with lesson plans has been developed for grades 4-5, 6-8 and 9-12. Student and other group tours are welcomed.

Although significant blues history is centered in the Delta, each of the state’s regions has posted a major contribution. In the Pines Region, Tupelo features the Elvis Presley Birthplace & Museum. Presley was greatly influenced by blues. Meridian native Jimmie Rodgers, widely considered the “Father of Country Music,” is credited with introducing blues to a wider audience. The Jimmie Rodgers Museum in the Hills Region tells his story.

The intertwining of jazz and blues, prominent in the Coast Region, is celebrated in Pass Christian at mid-May’s Jazz in the Pass festival. The Alamo Theatre in Jackson had a history of hosting blues and jazz musicians and talent contests. Dorothy Moore won numerous contests on her way to a dazzling career. Reopened in 1999, this Capital/River Region theater is giving new life to the area’s musical legacy.