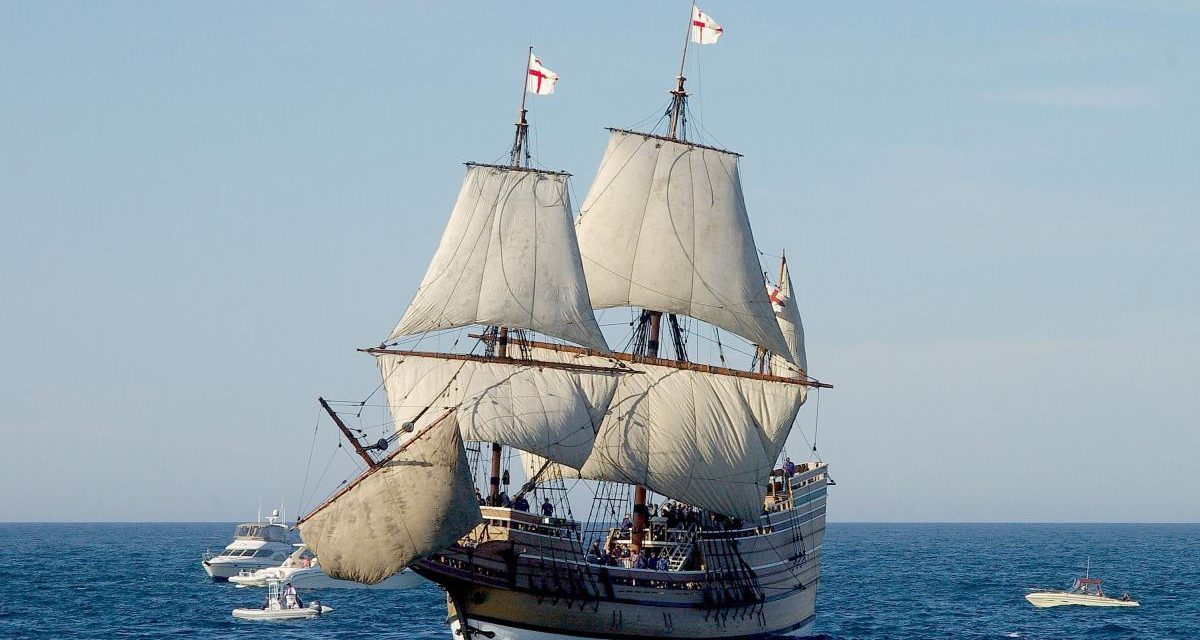 When the Mayflower landed on the rocky shores of coastal Massachusetts in 1620, its Puritan passengers could hardly imagine it would alter history and provide one of the United States’ foundational historical moments. Sailing from England to escape religious persecution, the Pilgrims’ journey would span thousands of miles and four nations, all of whom have collaborated to create the unprecedented Mayflower 400. This anniversary celebration will highlight the cultural contributions of the Netherlands, United Kingdom, United States and Wampanoag Nation by welcoming visitors for special events and allowing them to walk in the footsteps of the Pilgrims.

What Americans now refer to as Pilgrims began as members of the Scrooby Congregation, a group of Puritans who rejected the Church of England for penalizing those who did not attend Anglican services. In 1609, a group of 100 radical refugees fled England for the progressive university town of Leiden in Holland, where they thrived and tripled their following. Visitors to this immaculately preserved Dutch city can still walk the streets and through the churches frequented by these religious rebels.

Begin your Leiden tour in Peter’s Church (Pieterskerk), a late-Gothic structure where Pilgrim Father John Robinson preached to his congregation and was eventually buried when he declined to sail to the New World. Groups can also visit the remains of the Lady’s Church, where the Puritans performed baptisms, marriages and funerals. The church was attended by Philippe de la Noye, a Huguenot who later joined the Mayflower voyage and would count Franklin D. Roosevelt, Calvin Coolidge and Laura Ingalls Wilder as his descendants. Group members can trace their potential Pilgrim ancestry at the Leiden American Pilgrim Museum, a medieval house that illustrates the Puritans’ journey with 16th century maps and engravings.

Other highlights in Leiden include City Hall, where several Pilgrim couples were married, Jean Pesijn’s Almshouse, which stands on what was previously John Robinson’s home, and the Waag, a shipping house where the Pilgrims first set foot in Holland. If your group has time for sites not explicitly tied to Pilgrim history, consider stops at the Molenmuseum de Valk (a museum housed in an enormous mill), the markt (a charming town square gathering that showcases local goods) and the canals that shadow the Rijn River. 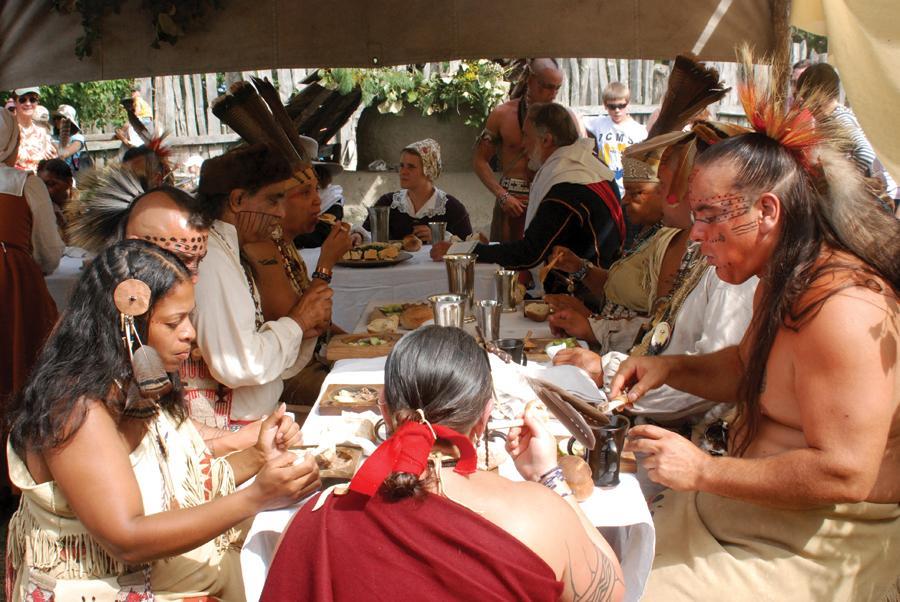 After nearly 12 years in Leiden, the congregation decided to seek compete religious freedom in the unexplored lands of North America and struck an agreement with the Virginia Company, which offered passage across the Atlantic. Two ships—the Mayflower and Speedwell—set sail from Southampton in 1620, but the Speedwell quickly took on water from a poorly repaired leak. After six cramped and miserable weeks, the Pilgrims reluctantly returned to the coastal town of Plymouth to regroup, and this charming seaside community will welcome groups to walk in the Pilgrims’ English footsteps.

Set to open in 2020, The Box will be the city’s flagship attraction. This sleek, Modernist museum will house a dedicated Mayflower exhibition to showcase rare artifacts such as the ship’s manifest, nautical instruments and the Second Peirce Patent (the oldest existing state document from New England). Next, explore the quaint cobbled streets of the Barbican, the picturesque harbor neighborhood that features a wealth of galleries, cafes and charming alleys. Take your group to nearby Sutton Harbor and view the Mayflower Steps, where the Pilgrims reportedly boarded the ship for their journey.

Afterward, embark on a chartered boat trip to Plymouth Sound to see the beautiful beaches and learn about how the Pilgrims re-provisioned for their New World journey from your friendly captain. During their brief sojourn in Plymouth, the Puritans likely lodged in buildings that still stand today and are available for group tours. These include the Island House and Elizabethan House, which retain their 16th century charm and glimpses into seafaring life. Conclude your trip with a group photo at Plymouth Hoe and the famous red-annd-white-striped Smeaton’s Lighthouse. 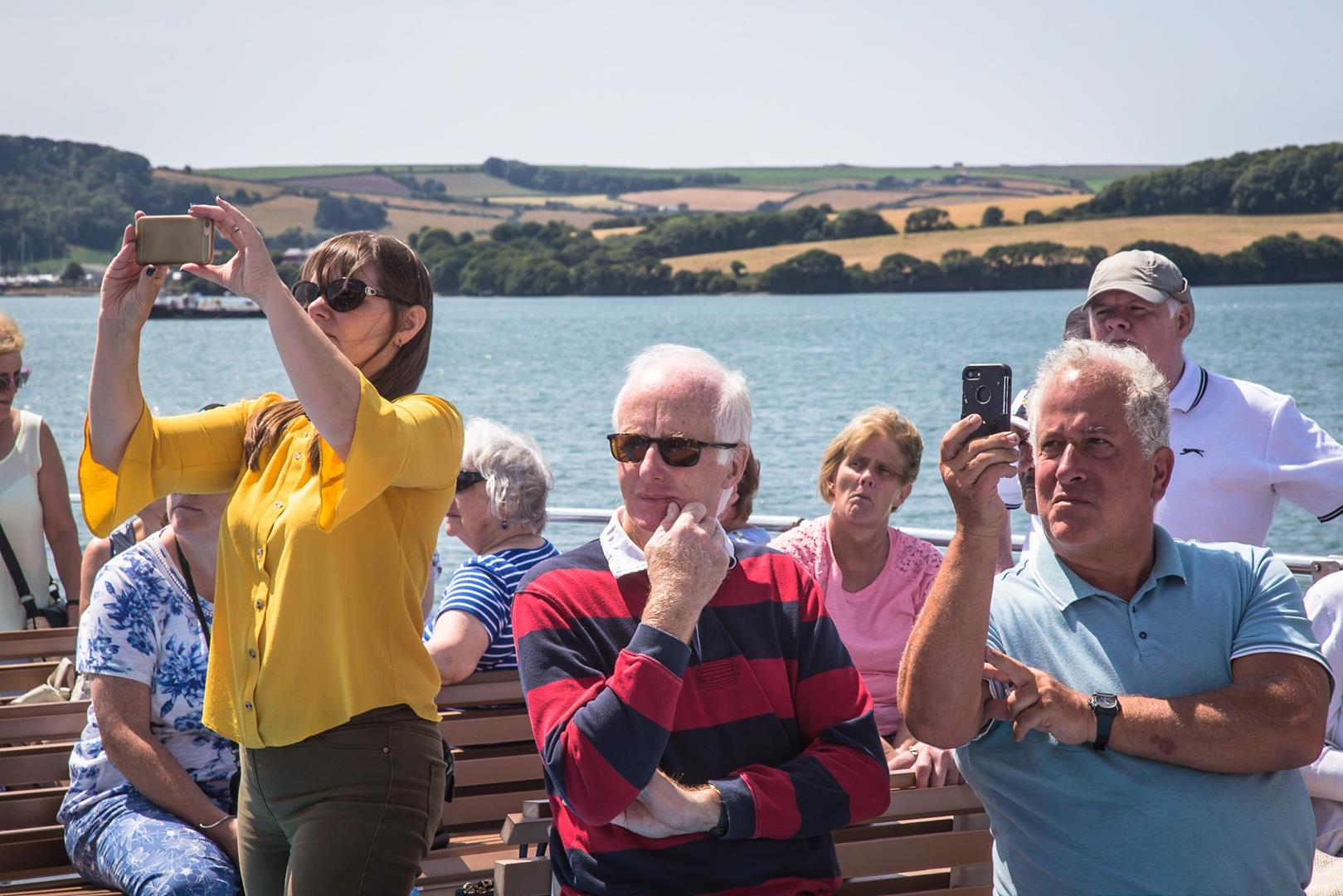 The Pilgrims finally dropped anchor in Plymouth Bay in December, 1620, and the area is bursting with engaging historic sites regardless of whether your group visits the area during the Mayflower 400 celebration. Located between Boston and Cape Cod, the city’s highlight is Plimoth Plantation, an immaculately detailed recreation of the Puritans’ settlement and agricultural fields. Groups can walk through the English Village and Wampanoag Homesite and interact with the costumed reenactors who can explain the Pilgrims’ difficult early years in Massachusetts, their interactions with local Native American tribes, religious rituals of Puritan life and the story of the first Thanksgiving. Groups can also tour the Mayflower II, a full-scale reproduction of the original vessel, and the Craft Center, which sells jewelry, pottery and furniture made by Native craftspeople using 16th century techniques.

Groups traveling to Plymouth in 2020 will have the privilege to experience the Plymouth 400 celebration throughout the year. Events will include the multimedia
opening ceremony on April 24, the official state house salute on September 14 (which will be attended by the General Society of Mayflower Descendants and Wampanoag families) and the Maritime Salute throughout the summer. A regatta of wooden ships, yachts and pleasure craft sail the docks and welcome guests for a traditional New England lobster dinner on the waterfront.

Plymouth 400 also celebrates local native nations and their role in American history with the Wampanoag Ancestor Walk on August 15. A procession carrying placards to honor the Wampanoag Nation’s 69 villages and notable chiefs Massasoit and King Philip will pass through the same trails where the native ancestors walked before conducting a drum ceremony. Groups who cannot attend the ceremony can visit Boston’s Seaport World Trade Center to view “Our Story: 400 Years of Wampanoag History.” The interactive exhibit will showcase the nation’s contribution to art and technology, its initial interactions with Westerners and eventual decline due to war and disease.

Historic reenactors explain Wampanoag technology, medicine and religion to Plimoth Plantation visitors. Whether your group wishes to create a comprehensive journey with all four nations or focus on a single city, the unprecedented collaboration exemplified by the Mayflower 400 project will bring this transatlantic historic event to life