Get in Touch with Arizona History on the Anza Trail

Southern Arizona is the gateway to the National Park Service’s Anza National Historic Trail, which begins in Nogales and ends in San Francisco. Groups can plan up to a 14-day itinerary, exploring the Spanish history of the American Southwest. This 1,210-mile trail commemorates the route followed in 1775-76 by Spanish commander Juan Bautista de Anza II, who led a party of more than 200 colonists on an expedition from Mexico to San Francisco Bay.

Groups are encouraged to pick up a “Passport to Your National Parks” book and collect all the Juan Bautista de Anza stamps along the trail. Arizona’s passport stops include:

Mission San José de Tumacácori  – Tumacacori was first listed in 1691 as an outlying visita by the famous Jesuit missionary Father Eusebio Francisco Kino. Father Font, the priest who traveled with Anza, spent several days at Tumacácori while Anza marshaled his forces at Tubac. The mission also contributed a small herd of cattle to the expedition. 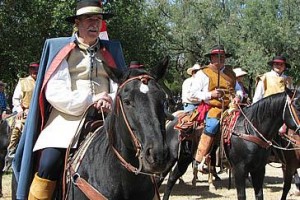 Tubac Presidio State Historic Park – Presidio de San Ignacio de Tubac was founded in 1752 in response to a Pima Indian revolt. Anza, the second commander of the presidio, staged two overland expeditions to Alta California from this location. The ruins of the presidio can be viewed through an underground archeological exhibit. Guided tours and hands-on interpretation programs are available on request.

Saguaro National Monument – The giant saguaro is the universal symbol of Arizona. These majestic plants, found only in a small portion of the United States, are protected by Saguaro National Park, to the east and west of Tucson. Groups get an up-close view of these enormous cacti, silhouetted by a magnificent desert sunset. 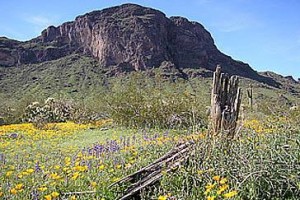 Picacho Peak State Park – The park is known for its unique geological formations, varied desert fauna and historical importance. The unique shapes have been used as landmarks by travelers since prehistoric times. One of the first recordings was in the 1700s by the Anza Expedition as it passed through the area. It is also the site of the only Civil War battle in Arizona.

Sonoran Desert National Monument – The monument contains more than 487,000 acres of Sonoran Desert landscape. The desert is the most biologically diverse of the North American deserts, and the monument exemplifies this desert setting. The monument contains three distinct mountain ranges – the Maricopa, Sand Tank and Table Top Mountains – as well as the Booth and White Hills, all separated by wide valleys. It is also home to three congressionally designated wilderness areas, many significant archaeological and historic sites, and remnants of several important historic trails. 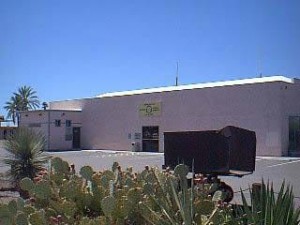 Gila Bend Museum – The Arizona Historical Society, through its exhibits, programs, publications and outreach, inspires people of all ages by portraying countless individuals, past and present, who have made Arizona their home. It is Arizona’s oldest historical agency and with the mission “to collect, preserve, interpret, and disseminate the history of Arizona, the West and northern Mexico as it pertains to Arizona.” Over three million collections are housed in AHS museum facilities throughout the state. AHS collections provide  resources for describing  Arizona’s past and are invaluable tools for promoting public understanding of contemporary issues such as water availability, immigration, free trade, mining, ranching and agribusiness, the defense industry, cultural diversity, and urban development and revitalization.

Yuma Crossing National Heritage Area – This area seeks to conserve, enhance and interpret the natural and cultural resources of the community. The Yuma Quartermaster Depot State Historic Park is housed in the area and offers a visitor center, exhibits, gift shop, picnic areas, group use areas, and restrooms. The Yuma Quartermaster Depot was used by the U.S. Army to store and distribute supplies for all the military posts in Arizona, and some in Nevada, Utah, New Mexico and Texas. Five of the original depot buildings remain on the park grounds, and four contain exhibits that cover both the military history of the site and the history of the Bureau of Reclamation’s construction of major irrigation works in the Yuma area during the early 1900s.