Forts and Battlefields of Pennsylvania 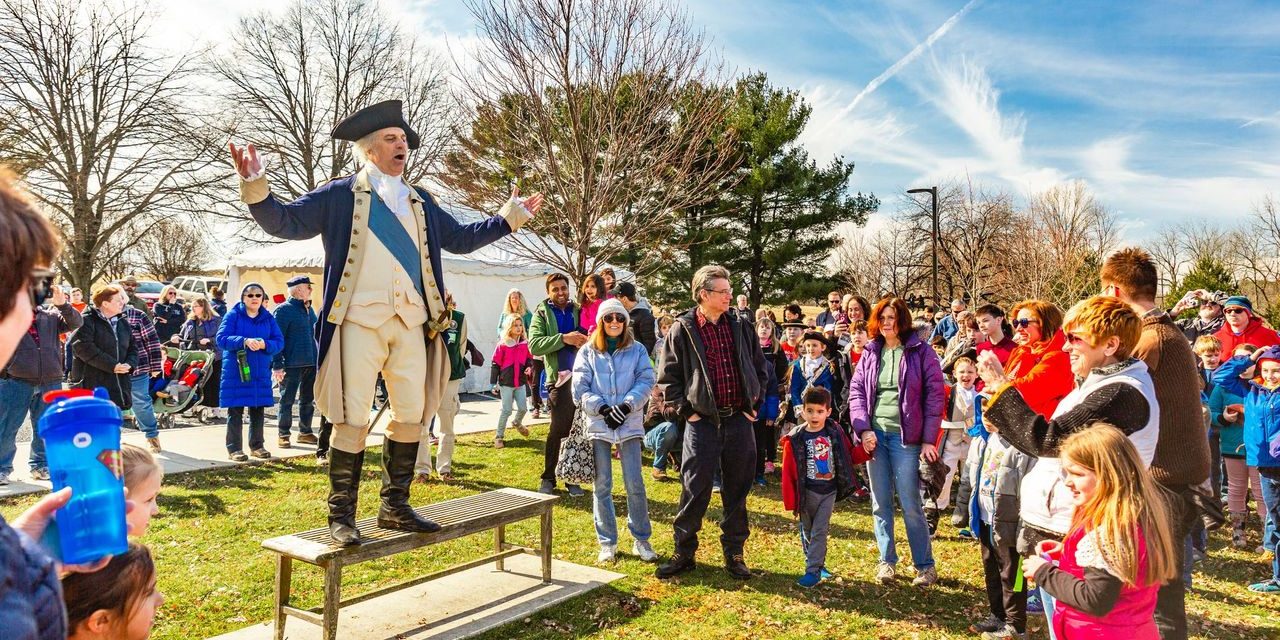 See where great examples of heroism, patriotism and perseverance made a difference in the birth of a nation

A state steeped in American history, Pennsylvania has been on the front lines of some of our nation’s most important military campaigns. From the environs of Philadelphia to the Laurel Highlands in the mountainous western regions, many historical sites commemorate key chapters in the French and Indian, Revolutionary and Civil wars.

Here are five places that group tour organizers will want to send their troops:

The 1777-78 winter/spring encampment at Valley Forge was one of the most famous episodes of the American Revolution. Spread across 3,500 acres of rolling hills, woodlands and lush meadows threaded with winding roads and hiking trails, this picturesque National Park Service site tell the story of General George Washington and his men through monuments, statues, cannons, earthworks, ruins and historical buildings. No battle was fought here, but Valley Forge was a pivotal stop on the road to victory and American independence from the British.

Some 12,000 soldiers of Washington’s Continental Army, along with officers’ wives and children, populated what was essentially the fourth-largest city in the Colonies at the time. Shortages of food, clothing and medical supplies plagued the troops during the harsh winter, and approximately 2,000 soldiers died of exposure and disease. But the six months they spent in training sharpened their skills and morale, producing a cohesive, more efficient fighting force capable of defeating the British in the remaining five years of the war. (The army had recently lost battles at Brandywine and Germantown and used the winter lull to recoup. Philadelphia, 18 miles away, was occupied by the British at the time.)

The park’s newly renovated visitor center shows a short film that puts guests in a patriotic mood, and new exhibits are being unveiled in 2022. In summer, 90-minute trolley tours from the visitor center feature major stops along the 10-mile driving loop. At Muhlenberg Brigade, a collection of nine reconstructed log huts, living history programs with costumed interpreters provide glimpses into camp life.

Several stone farmhouses served as officers’ homes, one being Washington’s Headquarters, which at present is closed because of flood damage. Washington rented the house from a Quaker family and lived there with his wife Martha, servants and military aides. (Of the 81 historical structures on the grounds, 12 are from the encampment era.) The 60-foot-tall National Memorial Arch, built-in 1917, pays tribute to the soldiers’ patriotism and suffering, Washington Memorial Chapel, an Episcopal church built in 1903 to honor Washington, has a 58-bell carillon and stained-glass windows that trace the founding of our country.

Involving 30,000 soldiers, the Battle of Brandywine was the largest single-day engagement of the American Revolution. It had the most combatants engaged, claimed the most casualties and covered the largest land area of any battle in the war.

The 52-acre Brandywine Battlefield Park was the epicenter of George Washington’s Continental Army encampment but is often mistaken as being the entire battlefield. Today’s battlefield landscape encompasses more than a dozen municipalities in the Philadelphia area.

In its September 11, 1777 defeat, the American side lost thousands of soldiers and retreated to Valley Forge while the British went on to occupy Philadelphia. Despite the setback, Washington told Congress, “Notwithstanding the misfortune of the day. I am happy to find the troops in good spirits, and I hope another time we shall compensate for the losses now sustained.”

Step-on guides are available to board buses for touring the various sites that make up the battleground. The visitor center has a small museum and an 18-minute orientation film. Guided tours are given at reconstructed stone farmhouses where Washington and French hero Marquis de Lafayette stayed on the eve of the battle.

In the Laurel Highlands of western Pennsylvania, southeast of Pittsburgh, this open meadow saw the July 3, 1754 battle that marked the beginning of the French and Indian War. It also was the first major event of George Washington’s military career.

Young Washington, only 22 years old, had been sent by Virginia’s governor to defeat the French, who were fighting the British for control of the vast Ohio River Valley territory between the Appalachian Mountains and Mississippi River. He led the inexperienced, poorly supplied Colonial Virginia Regiment alongside British regulars from South Carolina in the unsuccessful contest against a strong force of French troops and Native Americans.

Visitors start at the National Park Service’s Interpretative and Education Center, which has exhibits on both Fort Necessity and the National Road, America’s first major highway built entirely with federal funds. The 20-minute orientation film Road of Necessity takes viewers along the path from Washington’s first trip over the Alleghenies to the creation in the 1800s of the trans-Appalachian National Road, which in the 1960s was largely bypassed by Interstate 70.

A short walk from the center is a wooden stockade, entrenchments and earthworks that have been reconstructed on their original sites. Nearby is Mount Washington Tavern Museum, a stagecoach inn built along the National Road in the 1830s.

Tales of the French and Indian War also come to life at this full-scale reconstruction of a British army fort, once home to a community of 5,000 people and the site of a key 1758 battle. Replica artillery batteries, cannons, wagons and buildings recall life on America’s western frontier. Fort Ligonier is about an hour north of Fort Necessity.

The only original feature that remains from the 18th century is the floor of the powder magazine, which can be seen by descending a steep entrance. Women’s roles and medical care in the British army are explained in the hospital ward.

The museum in the recently remodeled Center for History and Education holds rare George Washington artifacts, including hand-written memoirs of his days in western Pennsylvania and saddle pistols given to him by Marquis de Lafayette during the Revolutionary War. The portrait collection boasts an original of the fort’s namesake, Lord Ligonier, by the leading artist of the 18th century, Sir Joshua Reynolds, as well as Rembrandt Peale’s romantic portrayal of young George Washington in his Virginia Regiment uniform.

Re-enactments take place during certain weekend events. October’s Fort Ligonier Days, a three-day festival held at the fort and in the quaint town of Ligonier, has been featured in the American Bus Association’s Top 100 Events in America.

Guided tours, meals and even sleepovers at Fort Ligonier can be arranged for groups. Specialty tours include two that focus on how alcoholic spirits impacted 18th-century life (beer or whiskey tasting included).

Had it not been for the heroic feats on this southern Pennsylvania farmland the first three days of July in 1863, America would be a different country. A Union victory that marked the beginning of the end for Gen. Robert E. Lee’s Confederate Army, the Battle of Gettysburg is regarded as the turning point of the Civil War. The largest battle ever fought on American soil saw more than 51,000 soldiers killed, wounded or captured. More than 165,000 men were amassed at Gettysburg.

The logical place to start is the park’s Museum & Visitor Center, where the film A New Birth of Freedom, narrated by actors Morgan Freeman, Marcia Gay Harden and Sam Waterston, is highly recommended before taking a bus tour of the grounds with a licensed battlefield guide. The 22-minute film documents the causes and consequences of the Civil War and the battle that would be fought at Gettysburg. Twelve galleries showcase hundreds of artifacts and educate guests through short videos and interactive exhibits.

A museum highlight is Cyclorama, a magnificent circular oil painting created by French artist Paul Philippoteaux with the help of 20 other artists in 1883-1884. Measuring 377 feet in circumference—longer than a football field—and 42 feet high, the nation’s largest painting is enhanced by lights and sound, immersing guests in the ferocity of Pickett’s Charge, which took place on the decisive third day of the Battle of Gettysburg.

The battlefield has more than 1,300 monuments and memorials—the largest collection of outdoor sculptures in the world. There are 368 cannons and carriages, three observation towers and 29 miles of paved roadways. One memorial recalls the 272 words spoken by President Lincoln at the dedication of the Soldiers’ National Cemetery four months after the battle. His eloquent, two-minute speech on November 19, 1863, is today known as the Gettysburg Address.