Tracing America’s History Through its Forts 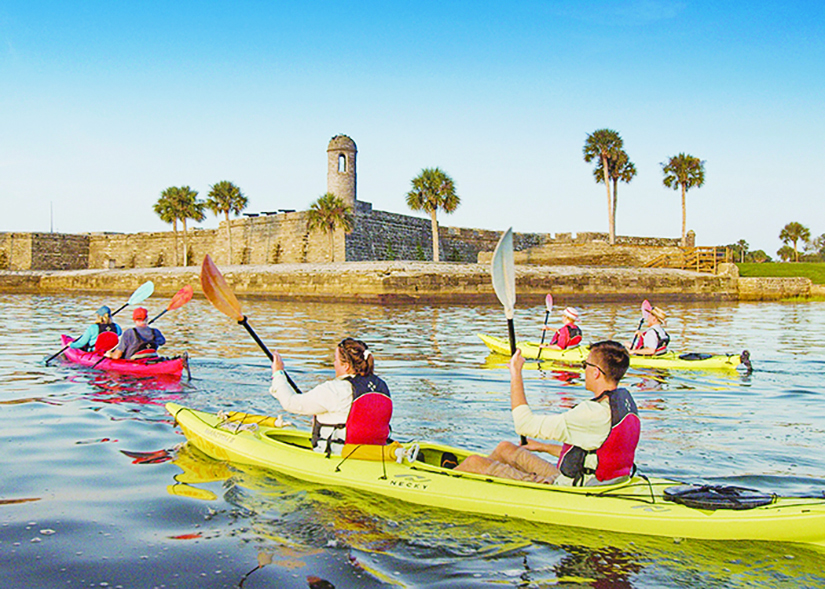 Embrace the country’s military past while social distancing in the present.

With summer looming and families itching to hit the road after an extended hibernation period, a number of attractions will be vying for the tourism dollar. For the historically inclined, museums are always a popular stop as are iconic locales like Gettysburg, Pennsylvania and Jamestown in Virginia. Less heralded but equally compelling attractions can be found across the United States as hundreds of forts dot the land between Maine and California. Forts not only provide insight into our country’s military history they also offer a variety of social distancing options that will keep your group feeling safe. Here are six forts that played a sizable role in the shaping of American history:

This 17th-century Spanish stone fortress is the oldest masonry fort in the continental United States, having been built in 1695. Constructed by the Spanish empire to guard the northern frontier of its New World territories, Castillo de San Marcos became a focal point in the colonial wars between Spain and England. It endured numerous attacks in the early 18th century before finally being ceded to England in 1763. It was later turned over to the United States in 1819. The fort is home to numerous rooms that once housed soldiers and prisoners and it contains a large interior courtyard and gun deck which offers an excellent view of St. Augustine. Most of the Castillo’s interior rooms, including the barracks and a powder magazine, have been restored and are open to visitors. Re-enactors in period dress and living historians perform weapons demonstrations at the Castillo, including cannon firings. 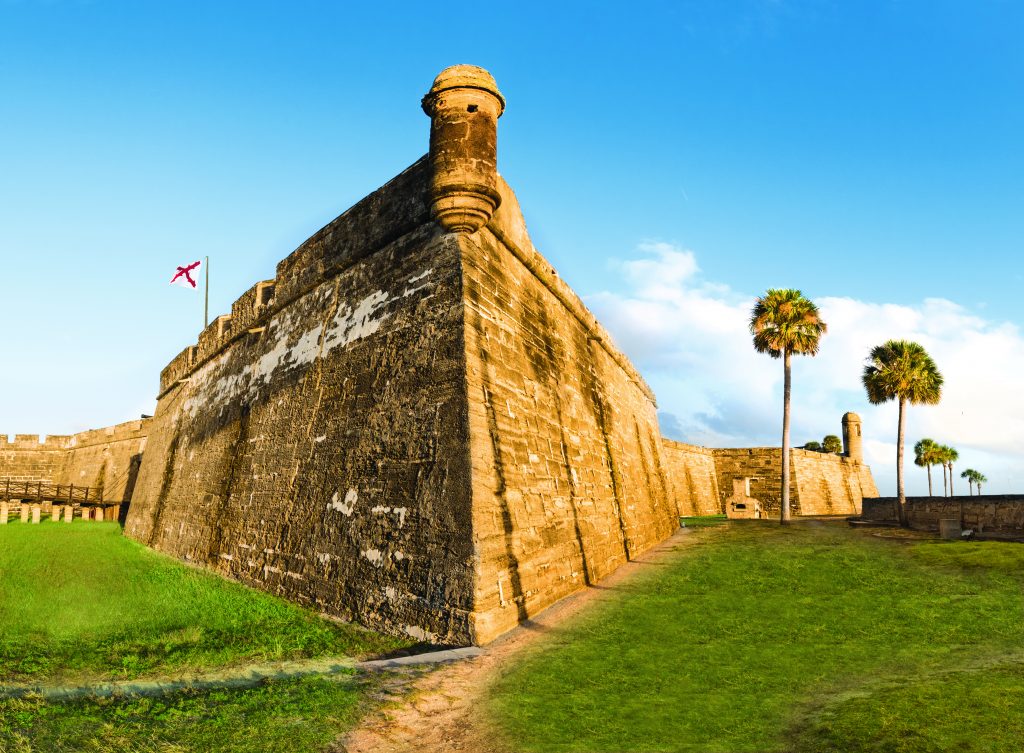 American soldiers’ heroic defense of the fort during the Battle of Baltimore in 1814 inspired Francis Scott Key, a lawyer, author and amateur poet, to produce the words that became the U.S. National Anthem. Built in 1798, Fort McHenry was one of the earliest military forts constructed by the United States government. Constructed to protect the city of Baltimore from naval attacks, the fort in modern times has become a center of recreation for Baltimore locals and visitors. Its museum boasts a collection of famous American flags, including the Great Garrison Flag, a 30’ x 42’ flag that inspired Key’s creation of the National Anthem. Fort McHenry is also a national park site and contains a path for walking, running or biking that circles the fort and lines the water’s edge.

Named after General Winfield Scott, who became famous for his successful maneuvers during the Mexican-American War, Fort Scott was established in 1842. Built along the Military Road in eastern Kansas along what was then considered the Permanent Indian Frontier, Fort Scott served as a military base for the U.S. Army. For a quarter of a century, it was used as a supply base and to provide security in volatile areas during the opening of the Westto settlement. Today, the national historic site protects 20 historic structures, a parade ground and five acres of restored tallgrass prairie.

Known as the location where the American Civil War began, Fort Sumter was built as a defense for the city of Charleston against the threat of naval assault. Early on the morning of April 12, 1861, Confederate guns opened fire on Fort Sumpter. Following more than 30 hours of attacks, the Union army surrendered the fortress. The Battle of Fort Sumter was the impetus behind the start of the Civil War, which unfolded over four years and cost the lives of more than 620,000 Americans. Visitors can tour the grounds of Fort Sumter, see where the first shots were fired and learn about the events that led up to the war.

Fort Ticonderoga, in upstate New York, was built by the French to guard their territory in North America from the British. This large 18th-century fort saw extensive action during both the French and Indian War and during the American Revolution. Today, groups can explore one of North America’s finest collections of 18th-century military material culture when visiting the fort. Exhibitions featuring art, weapons and equipment from North America to Europe document Ticonderoga’s role during warfare in Colonial and Revolutionary America. Groups can also enjoy the fort’s daily cannon and musket firing demonstrations.

The most visited attraction in Texas, The Alamo is home to one of the most famous battles in U.S. history. The fortress, which was originally built as a Catholic Mission, was the site of the Battle of the Alamo (February 23-March 6, 1836) where a small group of Texas independence fighters attempted to stave off the attack of a considerably larger Mexican army. The siege lasted 13 days before the American fighters were overwhelmed. The Alamo was retained for military use for the next forty years, then turned over to the state of Texas in 1876. Today, groups can take guided or self-guided tours of the mission to learn more about the church, the Texas Revolution and the defenders of the Alamo, including legendary pioneer Davey Crockett. Musket demonstrations typically take place Fridays, Saturdays and Sundays, showing the sights, sounds and smells of the weapons used during the 1836 Alamo battle.