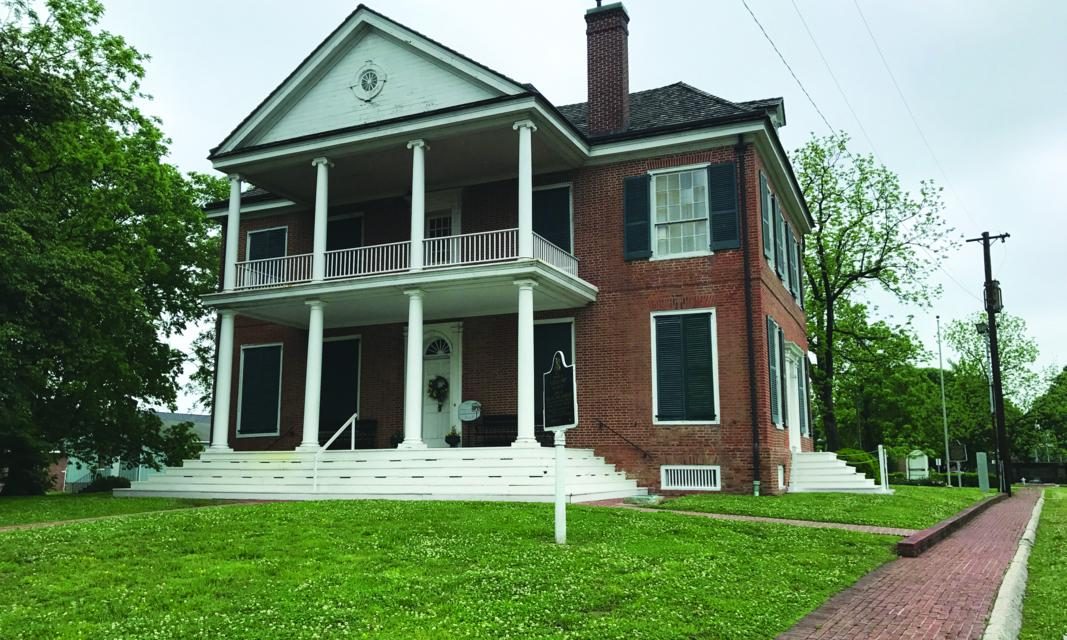 Towns and trails across Indiana salute locals who made it big

From U.S. presidents to Hollywood and TV legends, many American notables have roots in Indiana. Museums and other group-friendly attractions across the state enshrine the memories of beloved Hoosiers who catapulted to the national stage.

Here is just a sampling of places associated with famous people who were born and raised in Indiana or made a name for themselves in the Hoosier State.

The James Dean Gallery in Fairmount preserves the memory of a hometown boy who starred in three big motion pictures before a car crash took his life at the age of 24. Portraying a troubled youth in Rebel Without a Cause, East of Eden and Giant, Dean made his mark in Hollywood in the mid-1950s. In a beautifully restored 1903 Victorian home, memorabilia ranges from commemorative plates, mugs and clocks to childhood photos, high school yearbooks and movie posters. Of special note are paintings, drawings and sculptures of Dean by Hollywood artist Kenneth Kendall. A screening room shows film clips of early TV dramas, a rare screen test and an early interview. Dean is buried in Fairmount’s Park Cemetery. 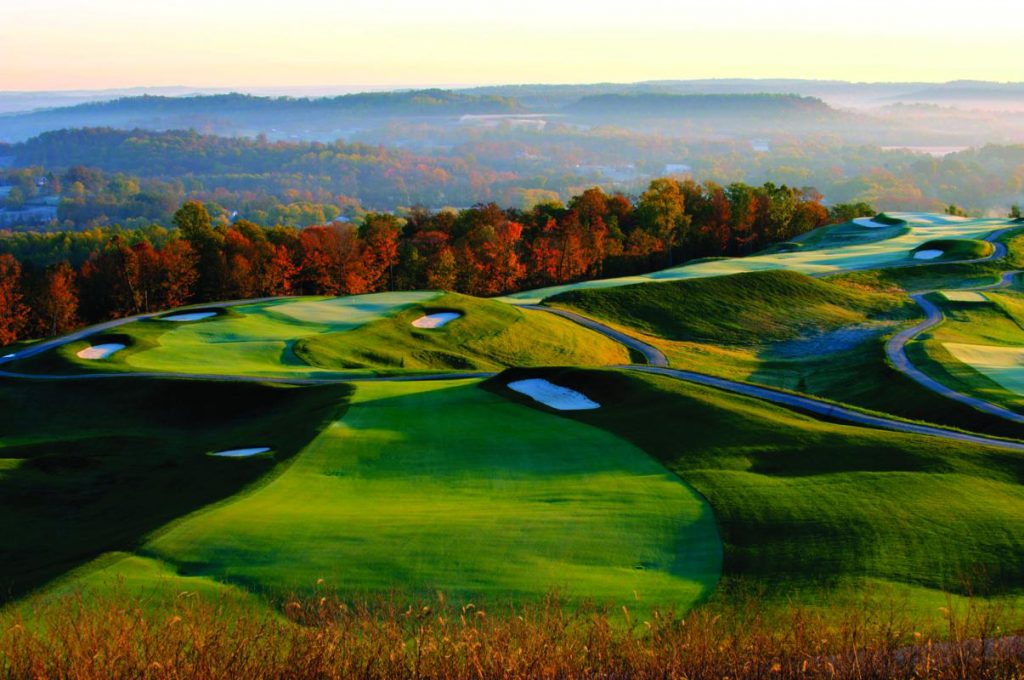 Pete Dye, the master golf course architect, is another renowned Hoosier whose name is attached to a trail—the Pete Dye Golf Trail. Seven courses across the state, including Brickyard Crossing at Indianapolis Motor Speedway and The Pete Dye Course at French Lick, were co-designed by Dye and his wife Alice. The Dyes’ used signature elements like pot bunkers, small greens and railroad ties to challenge golfers.

Indiana’s other golfing success story is Frank “Fuzzy” Zoeller. The New Albany native notably won the Masters in 1979 and U.S. Open in 1984 before becoming a staple of the Champions Tour. Fans will want to visit Fuzzy Zoeller’s Covered Bridge Golf Club in Clark County, which includes two courses designed by Zoeller himself and noted architect Clyde Johnson. Both the Covered Bridge and Champions Pointe courses offer plenty of challenge, while the elegant clubhouse contains a restaurant and pro shop. 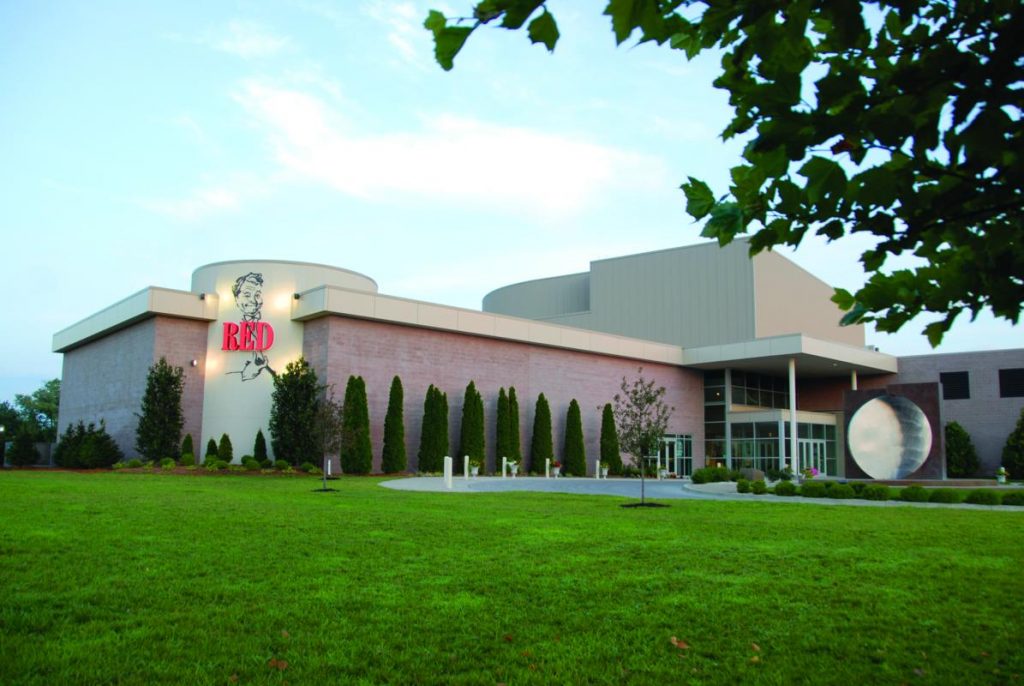 One of the 20th century’s greatest funnymen is remembered in his hometown at the Red Skelton Museum of American Comedy, which opened in 2013 on the campus of Vincennes University. Born Richard Skelton in Vincennes in 1913, the star of vaudeville, radio, movies and television achieved fame as the master clown, and interactive exhibits at the museum immerse visitors into his wacky world. Those of a certain generation recall country bumpkin Clem Kadiddlehopper, lovable hobo Freddie the Freeloader and other goofy characters he played on his long-running CBS TV series (1951-1971). Pushbutton displays show video clips of comedy sketches and feature films like The Fuller Brush Man. A 10-minute movie spotlights Skelton’s life and career. One gallery features his paintings, many of them depicting clowns. 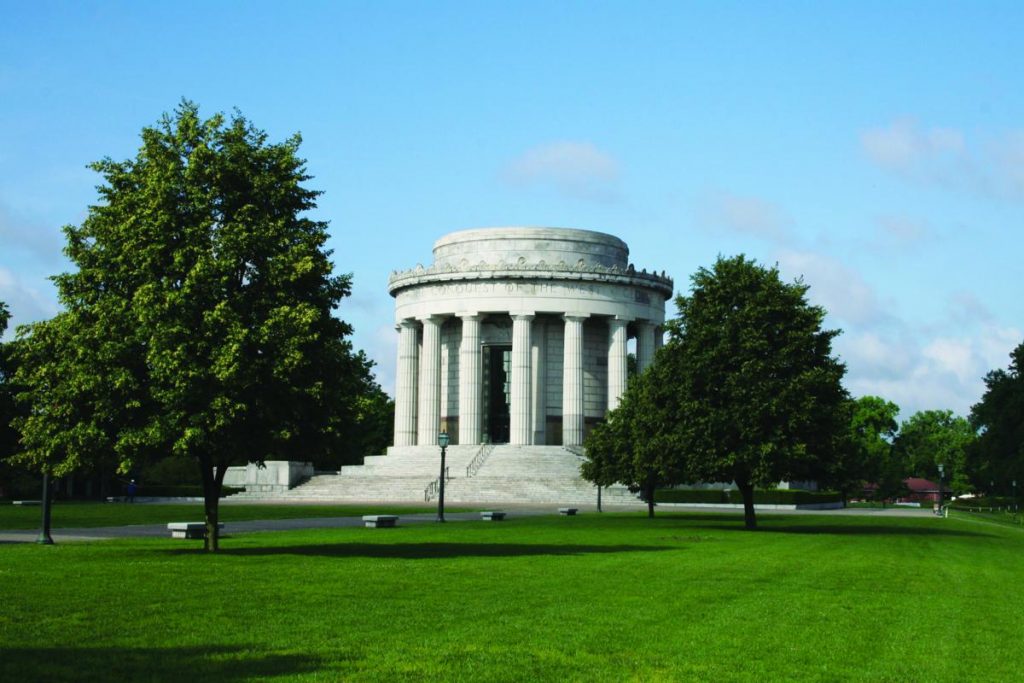 Vincennes’ George Rogers Clark National Historical Park honors a military hero on the site of a British fort captured during a crucial struggle against Great Britain during the Revolutionary War, a campaign that wrested the western territories from British control. The visitor center offers exhibits and a dramatic 30-minute film on Clark (a Virginian) and his citizen militia, while a granite memorial (the largest Greek Revival building outside of Washington. D.C.) boasts an impressive rotunda with a bronze statue of Clark and murals depicting  events that changed the course of history. Situated on the banks of the Wabash River, the shrine is one of only three National Park Service sites in Indiana. Another Vincennes attraction is the home once occupied by a man who would become the ninth president of the United States. Grouseland, a Federal-style mansion built from 1802- 1804, was the residence of Virginia-born William Henry Harrison when he was governor of a vast wilderness called the Indiana Territory.

The legacy of Harrison’s grandson, America’s 23rd president, is preserved at the Benjamin Harrison Presidential Site in Indianapolis’ Old Northside neighborhod. The only president elected from Indiana, Benjamin Harrison lived in the 16-room, red-brick home from the time it was built in the mid-1870s until his death in 1901, with the exception of his U.S. Senate and presidential years. 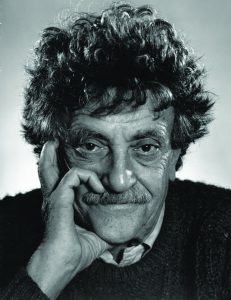 In the Historic Lockerbie Square neighborhood of Indianapolis, the James Whitcomb Riley Museum Home celebrates the “Hoosier Poet.” Famous for such poems as Little Orphant Annie, Riley lived in the Italianate-style Victorian home (with other families) the last 23 years of his life, from 1893-1916. Visitors can see many of Riley’s personal possessions, including his writing desk, top hat and cane. A visitor center has documentary videos and displays on Riley and Victorian America. The Kurt Vonnegut Museum and Library, which last fall opened in a new space triple the size of an Indianapolis storefront it had occupied since 2011, also salutes an important man of letters. Born and raised in Indianapolis, the 1960s counterculture hero and author of such novels as Slaughterhouse-Five and Breakfast of Champions, used the city as a setting in many of his books and as a symbol of American values. The museum has a recreation of Vonnegut’s writing studio and artifacts such as his drawings, Purple Heart medal and a replica of his Corona Coronamatic typewriter.

Another creative genius is remembered in Nashville, an artsy town in Southern Indiana’s scenic Brown County. At the T.C. Steele State Historic Site, groups can tour the studio and home of Theodore Clement “T.C.” Steele (1847-1926), a noted artist who helped make the area into an art colony. They will see some of Steele’s impressionist works and explore a recreation of the studio wagon he used while traveling through Indiana as a plein-air painter. The grounds have formal gardens, hiking trails and a nature preserve.

Indiana and basketball go together, and the career of one of the NBA’s all-time greats is showcased at 33 Brick Street, a sports-themed restaurant and bar in French Lick known for its collection of jerseys, trophies, rings, photographs and medals on loan from local legend Larry Bird. The 33 comes from Bird’s Boston Celtics jersey. Bird’s former 20-acre estate one mile east of French Lick and neighboring West Baden Springs is now is the site of Abbeydell Hall, a dinner theater. 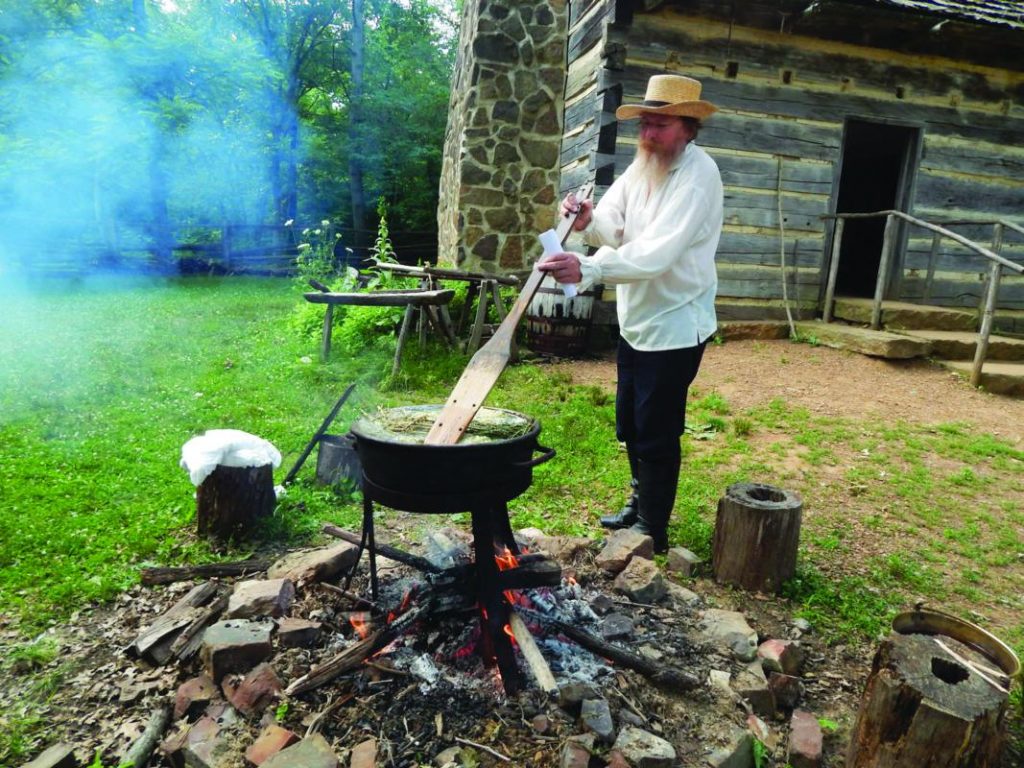 Southern Indiana is also proud of its connections to Abraham Lincoln. Between the ages of 7 and 21 Lincoln lived in the Little Pigeon Creek area, where he developed a love of books and confronted life on the frontier. The Lincoln Boyhood National Memorial, 40 miles east of Evansville, is on land where his father built a 160-acre homestead. The museum building/visitor center has exhibits and a 15-minute film on Lincoln’s formative years. At the site’s living history farm, with its split-rail fences and log buildings from the 1800s, visitors can view demonstrations of woodworking, cooking and pioneer skills.

At Lincoln State Park, across the road from the boyhood shrine, the hiking trail called Mr. Lincoln’s Neighborhood Walk passes by Little Pigeon Primitive Baptist Church (the third building on the site) and the gravesite of Abe’s sister Sarah, plus the site of the mill frequented by the future president. Near the park entrance, Abraham Lincoln Bicentennial Plaza has a bronze bust of the 16th president set on a limestone base inscribed with milestones of his life in Indiana.