Geographically distinct from the rolling hills of the Driftless area and busy cities of the Eastern Shores, Wisconsin’s Northwoods and Lake Superior Region is an outdoor playground comprised of beautiful lake views, preserved national forests and cities filled with logging and pioneer history. Motorcoach groups have the opportunity to tour lumber baron mansions, relax on pontoon cruises and explore the waterfront communities that distinguish this welcoming Wisconsin region.

Scenically positioned along the Wisconsin River and considered the “Gateway to the Northwoods,” Wausau combines cosmopolitan urban amenities with easy accessibility to Wisconsin’s outdoor recreation activities. Its centralized location makes it ideal for hub-and-spoke travelers, and its culinary and architectural offerings will appeal to any group. Tours can begin at the Leigh Yawkey Woodson Art Museum, which is dedicated to the visual depiction of birds and hosts the internationally renowned “Birds in Art” exhibition. Groups can experience galleries in a preserved 1931 English Tudor-style mansion and explore the museum’s tranquil sculpture garden at their own pace, or they can contact the museum in advance for a docent-led tour. Art aficionados should visit the city in September for the annual ARTrageous Weekend to tour local galleries and explore the Andrew Warren Historic District.

Outdoor activities abound in Wausau, including Rib Mountain State Park. This four-season area welcomes groups to enjoy its hiking trails in the summer, fall foliage chairlift rides in the autumn and winter sport activities, including ski terrain and snowshoe trails. Join the 45 x 90 Club with a short hike to the 45 x 90 Geographical Marker. This precise geographical location is exactly halfway between the Equator and North Pole and a quarter-way around Earth, and visitors can take a photograph on the bronze marker after a brief walk over a crushed gravel pathway. Groups can contact the Wausau CVB for a commemorative coin and entry in the registration book. Seeking an agriculture component for your group itinerary? Marathon County produces over 95% of America’s ginseng, and you can learn the health benefits of this Chinese root at Hsu Ginseng Farm. Tours will explain the plant’s multi-year maturation process, harvest and processing into products like medicine, tea and candy. 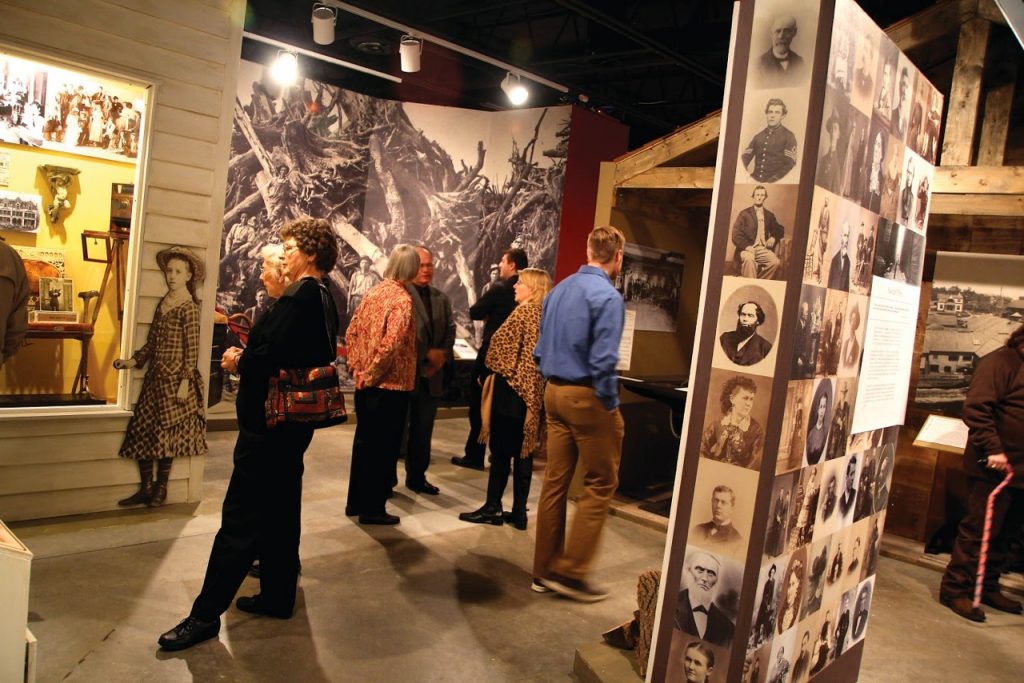 Groups can venture west to the city of Chippewa Falls, a historic logging community that now offers beer tastings, outdoor recreation and Victorian architecture. One of the finest examples of High Victorian Italiante design in Wisconsin, the Cook-Rutledge Mansion is an elegantly restored lumber baron home that was completed in 1887. Call in advance for a docent-led tour so your group can admire the intricately carved woodwork, crystal chandeliers and five fireplaces. Learn more about the region’s lumber heritage at the Chippewa Falls Museum of Industry & Technology, which explores the six major industries of Chippewa Falls and houses rare collections of World War I toy soldiers and military insignia patches. Today, Chippewa Falls’ most famous export is Leinenkugel’s, which has been producing its German-style lager since 1867. Group tours include stops at the Leinie Lodge to see vintage brewing equipment and the sampling bar to taste seasonal creations such as the Oktoberfest and Summer Shandy. More local flavors await at Autumn Harvest Winery & Orchard (where you can pair the winery’s house-made Pinot Noir with Wisconsin cheeses), Chippewa River Distillery (which serves craft cocktails) and Brewster Bros. Brewing Company (flagship beers include a cream ale and timber stout). 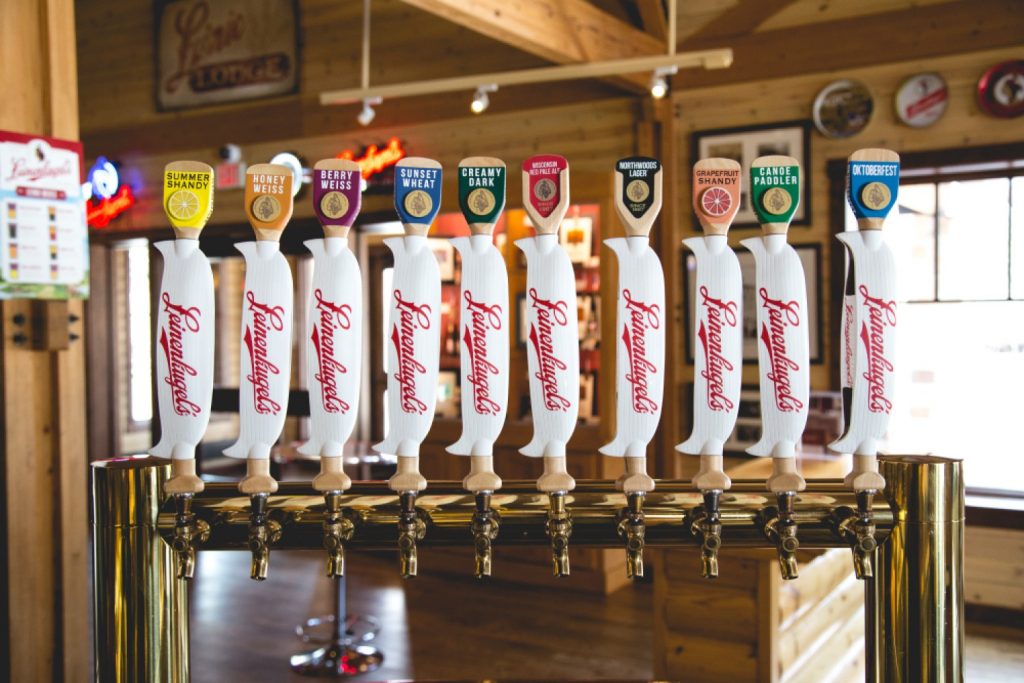 Follow the Chippewa River downstream to Eau Claire, the Northwood’s largest city and a glimpse into Wisconsin’s logging past. Originally a sawmill hub and French trading post (Eau Claire translates to “clear waters”), the city now welcomes groups with several museums and historic sites. Begin at Carson Park, a 134-acre peninsula bordered by Halfmoon Lake that was donated by lumber baron William Carson. Here you can tour authentic 1890s cabins at the Paul Bunyan Logging Camp, admire unobstructed views of Braun’s Bay and catch a baseball game at Carson Park (where legends like Hank Aaron, Joe Torre and Bob Uecker played). Groups are also welcome on the island’s Chippewa Valley Museum, which features exhibits about local pioneer history and houses an authentic 1950s-style ice cream parlor that can accommodate up to 30 guests.

Continue north to Washburn County, which features railroad excursions, farm tours and DIY art activities to appeal to any interest. Orient your group at the Namekagon River Visitor Center, a National Park Service-operated building where guests can learn about the Namekagon River’s tributary relationship to the St. Croix River and see detailed dioramas that depict Northwoods environments. Groups interested in history will want to spend time at the Washburn County Historical Museum, a preserved 1888 Lutheran Church that houses over 150 years of county history, and the Wisconsin Canoe Heritage Museum, which celebrates the golden age of North American canoeing with 25 antique watercraft. Located in an old Chicago & North Western depot in downtown Spooner, the Railroad Memories Museum celebrates Midwestern railroading with equipment and memorabilia across 13 rooms, and the Wisconsin Great Northern Railroad transports groups through the St. Croix National Scenic Riverway with several themed meal rides. 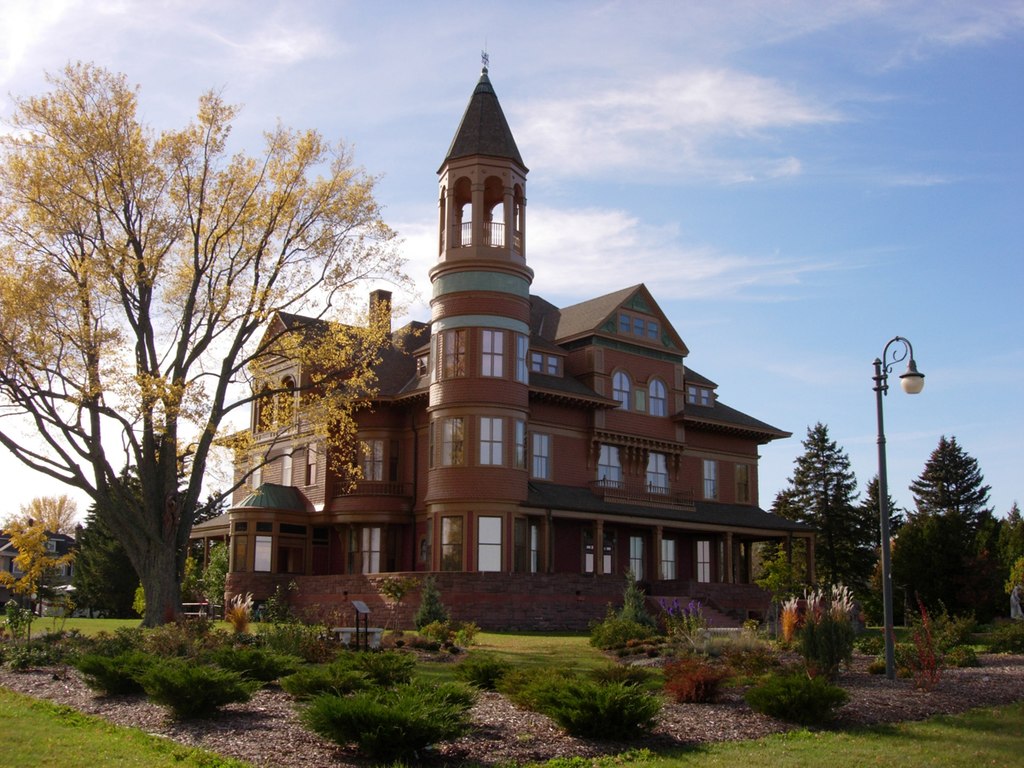 Intersected by the Bois Brule River and bordered by Lake Superior, Douglas County abounds with natural beauty and historic sites that will appeal to your group. Fairlawn Mansion, an 1890 Victorian building, was originally home to the Pattison family before housing 2,000 children when it was converted into an orphanage. Today, groups can walk through the mansion’s opulent ballroom, preserved bedrooms and charming grounds. Other historic sites include the S.S. Meteor Maritime Museum (the last remaining “whaleback” ship designed for Great Lakes transport) and the Richard I. Bong Veterans Historical Center, which honors America’s top World War II flying ace. Outdoor enthusiasts will want to walk the trails and see the waterfalls of Amnicon Falls State Park. The home of Wisconsin’s tallest waterfall can pair your group with a tour guide to explain how the falls were created from ancient earthquakes and lava flows that resulted in deep ridges and dramatic fractures on the Earth’s surface. 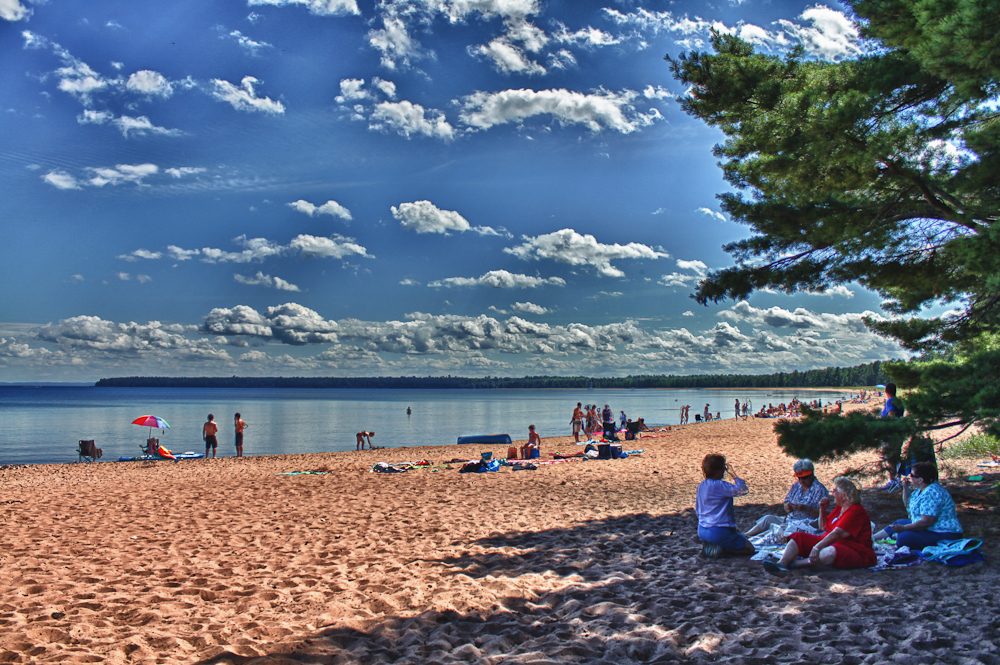 Buses can travel along Highway 13 and the Lake Superior coastline before boarding the motorcoach-friendly Madeline Island Ferry for a 25-minute voyage to the largest and only inhabited Apostle Island. Visitors disembark in the town of La Pointe, which was once a Superior Chippewa spiritual site and French Trading post before becoming a welcoming tourism community. Group-friendly attractions along the shore include Woods Hall Gallery and Studios (which offers weaving demonstrations), the Madeline Island Historical Museum (which includes a 19th century fur company warehouse and hosts historical reenactments to depict the challenges of island life before modern technology). After enjoying a hot beverage at Mission Hill Coffee House or lunch at the Beach Club, depart for the other side of the island and Big Bay Sand Spit & Bog State Natural Area. Guests can relax on the expansive coastline or walk along the boardwalk through untouched forests.

Groups further interested in Northwoods history will want to spend time at the Northern Great Lakes Visitor Center. This immense museum just south of Ashland houses exhibits that explain the region’s Native American heritage, mining history and continuing legacy as a vacation destination with interactive stations and a movie theater.

Guests can also admire the Community of Life Mural—six large vignettes that depict humans interacting with nature over thousands of years. Mobile guests can walk outside and experience the center’s interpretive nature trails that display seasonal changes in flora and fauna. A park ranger can accompany your group along either the three-quarter-mile boardwalk interpretive nature boardwalk or 1.2-mile Aldo Leopard trail that passes through restored wetlands and forests.

Farther west and bordering Michigan’s Upper Peninsula is the town of Hurley, which offers mining history and easy access to over 30 waterfalls. Visible from the Black River Scenic Byway and several public hiking trails, the Montreal River is the natural border between Michigan and Wisconsin and is surrounded by several parking lots and picnic areas for groups to take in the crisp breeze and beautiful cascades created by these rock formations. Visitors interested in regional history will want to explore the nearby city of Pence to see 20 log buildings built by European immigrants and the world’s deepest iron ore mine in the city of Montreal. 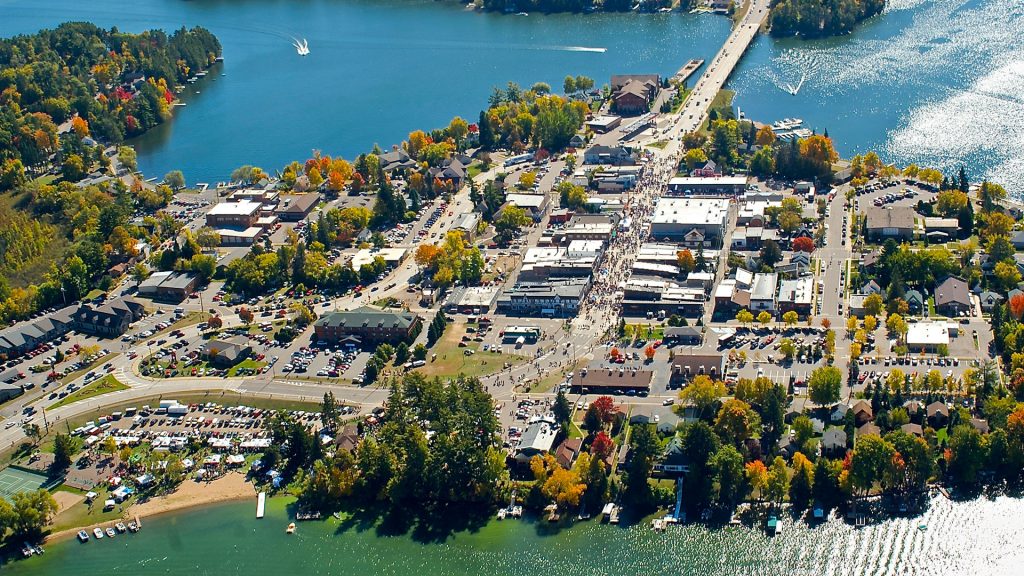 Dubbed the “Island City” and located in the heart of Wisconsin’s lake county, Minocqua is an excellent hub for your Northwoods outdoor adventure and offers a variety of engaging attractions near its numerous group lodging options. Groups can spot elegant boat houses and wildlife with Minocqua Pontoon Cruises, which organizes group excursions on Lake Minocqua and Lake Kawaguesaga. Up-close animal encounters also await at Wildwood Wildlife Park and Nature Center, the second-largest zoo in the state and home to friendly miniature goats and parakeets.

Groups looking for high-energy entertainment can watch the world’s oldest continually running amateur water ski team at the Aqua Bowl. The resident Min-Aqua Bats amaze spectators three times a week with daring synchronized choreography. Other area activities include group tours at Hillestad Pharmaceuticals and the opportunity to pose in front of The World’s Largest Penny.