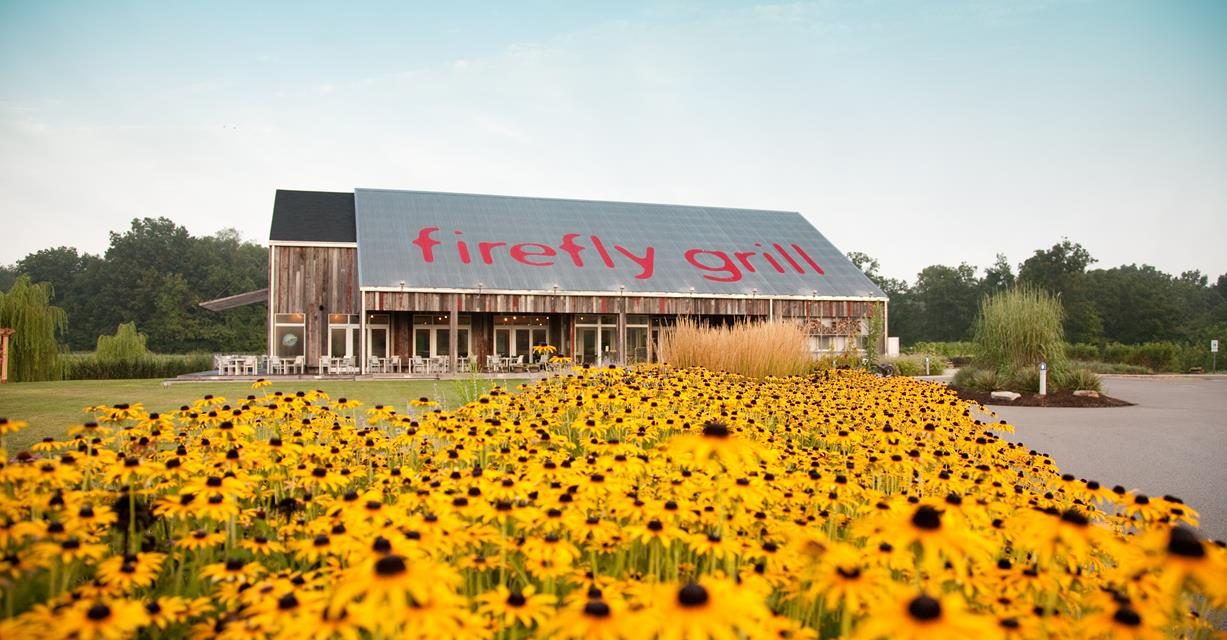 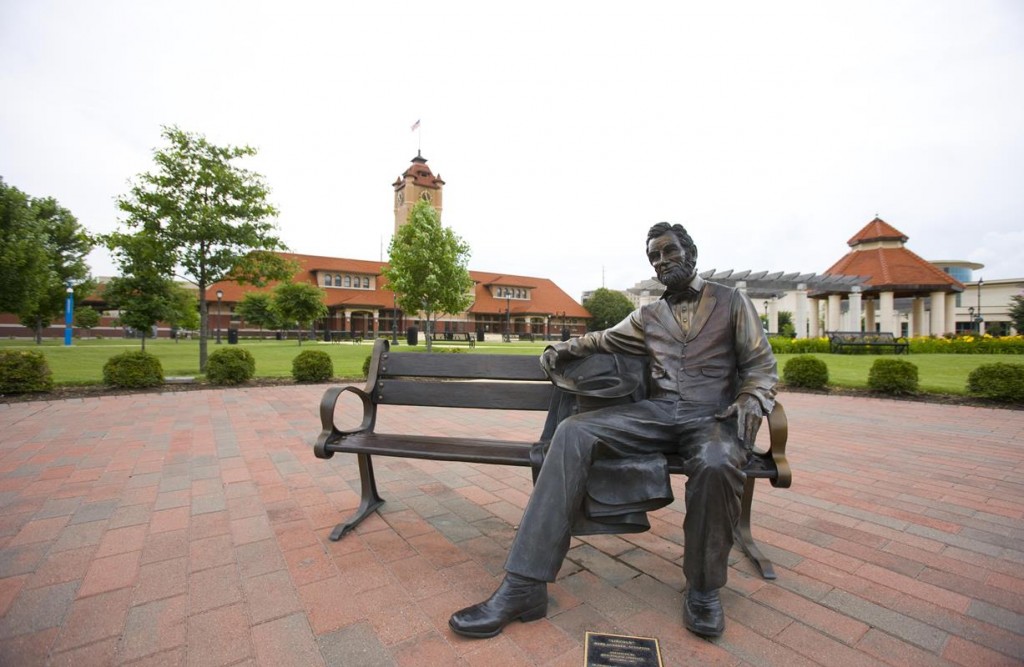 Just an hour outside Chicago, Illinois reveals itself as a land of farms and small towns sprinkled here and there with micro-urban oases dominated by universities or government. Visitors to the Land of Lincoln looking to follow in the footsteps of the state’s most famous son will not be disappointed, as dozens of historical attractions have some connection to the life of Abraham Lincoln, who spent 30 years in Illinois.

While people associate Illinois with our 16th president, not everyone knows the state has a thriving Amish community. Route 66 lore, another surprise to some, also attracts retro-minded travelers to Illinois, recalling the heyday of America’s “Mother Road.”

Traveling from Chicago on Interstate 55, a convenient first stop might be Pontiac, a small city that has emerged in recent years as a group-friendly destination with four free museums. The Route 66 Hall of Fame & Museum, housed in a former fire station and city hall built in 1900, sports a glorious, 25-foot-tall Route 66 shield mural on the exterior back wall, a perfect backdrop for group photos. Museum exhibits focus on iconic Illinois restaurants, motels and gas stations that served motorists on the historic highway that ran from Chicago to California. In the same building is the Livingston County War Museum, a treasure trove of artifacts from World War I to Iraq and Afghanistan. On the grounds of the nearby Livingston County Courthouse, groups can pose with a life-size bronze statue of Abraham Lincoln leaning on a fence, his stovepipe hat on the post.

Car buffs enjoy the Pontiac-Oakland Automobile Museum, with restored vehicles of the two brands, thousands of dealer artifacts and more than 2,000 oil cans. The International Walldog Mural and Sign Art Museum is dedicated to the art of outdoor wall advertising before the advent of electronic mass media. Outdoor murals adorn many downtown Pontiac buildings. 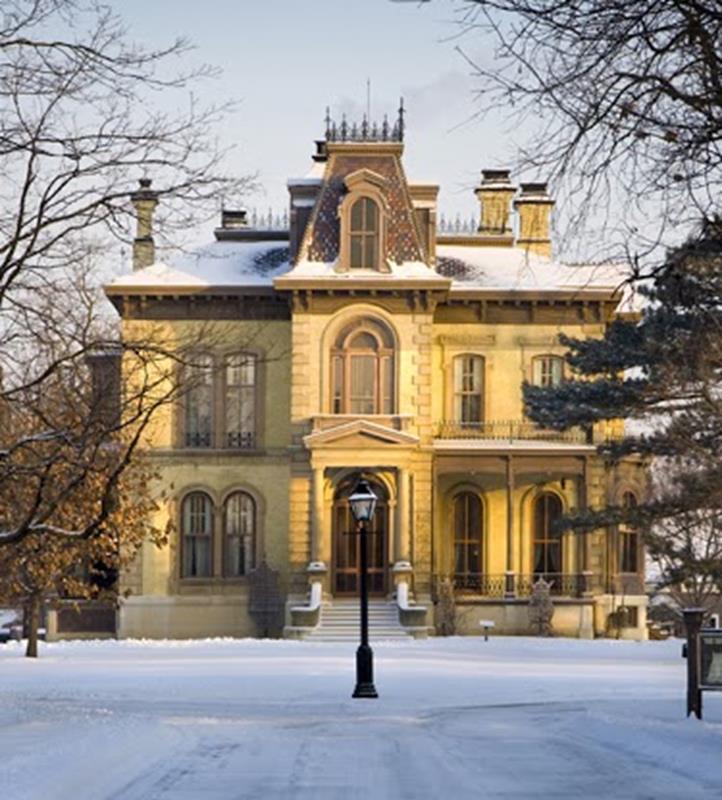 A star attraction in Bloomington, another city on I-55, is the David Davis Mansion Historic Site, the Victorian-era estate of U.S. Supreme Court Justice David Davis, Abraham Lincoln’s mentor and a key campaign contributor. The McLean County Museum of History tells the story of Central Illinois and has a recently installed Route 66 exhibit that focuses on the Mother Road’s impact on the community. Vintage planes and helicopters are on display at the Prairie Aviation Museum, near the entrance to the Central Illinois Regional Airport.

In March and April groups can catch a performance of the American Passion Play at the Bloomington Center for the Performing Arts. The annual Illinois Shakespeare Festival is held at a theater on the grounds of Ewing Cultural Center, a 1929 estate.  The Bloomington-Normal area, as home to Illinois State University and Illinois Wesleyan University, offers an abundance of cultural and sports events.

Springfield, the capital of Illinois, abounds with Lincoln sites, including the state-of-the-art Abraham Lincoln Presidential Library & Museum, which blends scholarship with showmanship and 21st century technology to immerse visitors in the 19th century. The Lincoln Home National Historic Site preserves the only home that Lincoln ever owned; it’s part of a four-block historic district that is being returned to its 19th century appearance. In Oak Ridge Cemetery, Lincoln’s Tomb is an impressive monument in which the 16th president, his wife and three of their four children are buried. Also visit the Old State Capitol, the stage for Lincoln’s “House Divided” speech; after the assassination, his body lay in state in the House chamber.

Near the town of Petersburg, 20 miles northwest of Springfield, groups can tour Lincoln’s New Salem State Historic Site, a reconstructed log village where Lincoln spent his early adulthood. They can see an orientation film and poke into the gristmill, Rutledge Tavern, a school and other buildings; only the cooper’s shop, where Lincoln studied at night, is original. Costumed interpreters demonstrate pioneer chores and crafts. 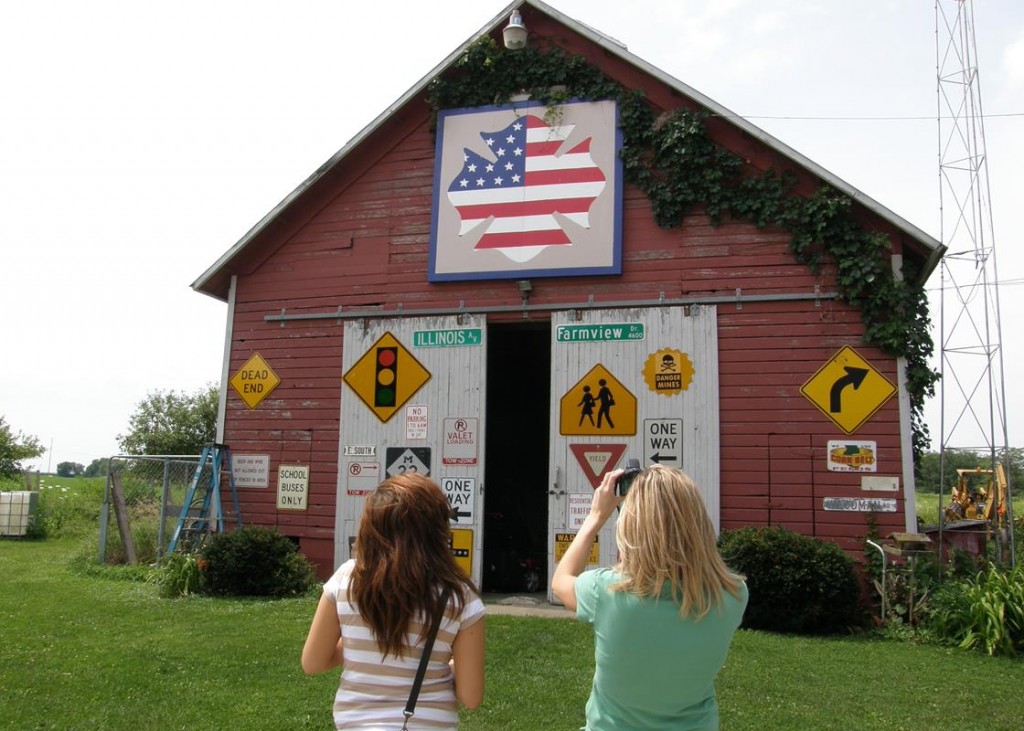 If driving from Chicago on Interstate 57, your first stop might be in Kankakee County, about 50 miles south of the city. One of the best ways to explore the scenic countryside is with a step-on guide on the Barn Quilt Tour where colorful quilt patterns are displayed on more than 40 historic barns and corn cribs. At the Kankakee County Historical Society Museum see a one-room schoolhouse and learn about the birth of Dairy Queen. The B. Harley Bradley House, considered the first Prairie-style house designed by Frank Lloyd Wright, lures groups to Kankakee’s Riverview Historic District. For a look at a well-preserved Main Street district, downtown Momence makes a pleasant interlude.

Champaign County, anchored by the twin cities or Champaign and Urbana, offers a plethora of group-friendly sights, some of them on the campus of the University of Illinois. At the U of I’s Japan House, groups can participate in a traditional Japanese tea ceremony and stroll through the gardens. The campus’s Krannert Art Museum, with works from Africa, Asia, Europe and the Americas, ranks high among university art museums nationwide. Music-minded groups will like the school’s Sousa Archives and Center for American Music, which documents the country’s music heritage from the 19th century to the present and boasts the world’s largest concentration of original compositions by John Philip Sousa, known for his patriotic marches. Visitors can handle vintage instruments with white gloves. Technology tours in the university’s Research Park area feature the Bluewater Super Computer, one of the fastest in the world. 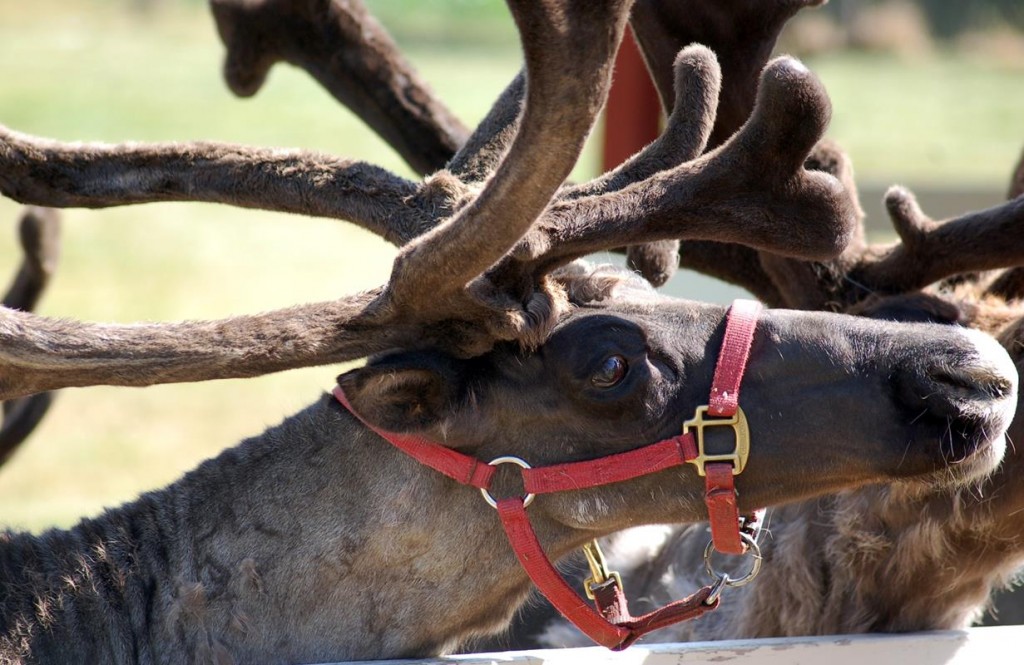 At Champaign’s Prairie Fruits Farm & Creamery visitors learn about goat cheese making, pet the goats, and get a chance to sample the cheeses and goat milk gelato. Groups also can pick their own fruits or enjoy a farm-to-table dining experience. Curtis Orchard, an apple orchard, pumpkin patch and entertainment farm, has a country store full of apple goodies, including fritters, donuts and cider. It offers behind-the-scenes tours for groups. Hardy’s Reindeer Ranch in Rantoul, popular in the fall for pumpkin picking and its 10-acre Cornfusion maze, becomes a Christmas wonderland in December; make sure you get a kiss from one of the reindeer roaming the ranch. Also in Rantoul, the Chanute Air Museum showcases more than 30 aircraft on a former Air Force base.

Visit Champaign County offers a variety of customizable group itineraries, including “Barn Again,” a nostalgia-filled tour of historic barns and churches, each with its own story to tell. A potluck lunch can be arranged at one of the churches, and the organist will come in and play. Tour members can meet famed photographer Larry Kanfer at his gallery, where he shares evocative stories behind his book Barns of Illinois.

About 45 minutes south of Champaign on I-57 lies Illinois Amish Country. Most of the 3,000 or so Old Order Amish live around Arcola and Arthur, where you’ll see their horse buggies on the roads and hitched up in town. Rockome Gardens, famed for its specialty shops and Depression-era rock sculptures and floral gardens, is the new location of the Illinois Amish Museum. For a hearty Amish/Mennonite-style meal, take your group to Yoder’s Kitchen for broasted chicken, inch-thick smoked pork chops and plate-sized cinnamon rolls. Amish Adventures Tour Services and ACM Tours can arrange meals at Amish farms.

In Charleston, home of Eastern Illinois University, find more Lincoln lore at the Lincoln-Douglas Debate Museum on the site of the one of the famous 1858 debates between Lincoln and Stephen A. Douglas. A life-size bronze sculpture of the two men provides good photo ops. And snap a picture of the world’s tallest upright Abe Lincoln statue—72 feet tall—a great roadside attraction in Charleston. The Lincoln Log Cabin State Historic Site includes a reproduction of the 1840s home of Lincoln’s father, Thomas Lincoln, and stepmother, Sarah Bush Lincoln. A working, living history farm has been developed around the two-room cabin.

Effingham, at the intersection of I-57 and I-70, offers groups a wide range of options. Alongside one of America’s most traveled Interstate corridors stands the Cross at the Crossroads, a 20-story-tall beacon for the 53,000 motorists who pass by it every day. Groups enjoy the interactive stations for each of the 10 Commandments and at the visitor center can watch an eight-minute video on how and why the cross was built.

Those who favor the fast lane flock to MY Garage Museum and its collection of classic Corvettes, Corvette memorabilia and other cars.The museum is owned by MidAmerica Motorworks’ Mike Yager, who brings thousands of visitors to Effingham with his annual Corvette and VW events.

Effingham appeals to foodies with crowd-pleasers like Tuscan Hills Winery and Firefly Grill, a modern roadhouse restaurant dishing up fresh American cuisine on the shores of Kristie Lake. Garden tours and cooking demonstrations are popular with groups at Firefly. Another culinary gem is The Mill Store, a visitor center/store just opened by Hodgson Mill, an Effingham company known for its whole-grain and organic foods, including flours, cereals, baking mixes and pastas. Plans call for the store to offer cooking classes for groups. Fans of TV food shows will want to visit the showroom and outlet store of John Boos & Company, the country’s oldest manufacturer of butcher blocks and oldest industry in Effingham, in business since 1887. Boos butcher blocks and cutting boards are used by celebrity chefs like Rachel Ray and Emeril Lagasse. Tours of the Boos plant are available.

Whether your group is looking for history, nostalgia, foodie adventures or good old-fashioned country charm, Central Illinois has all the right elements for the perfect tour.