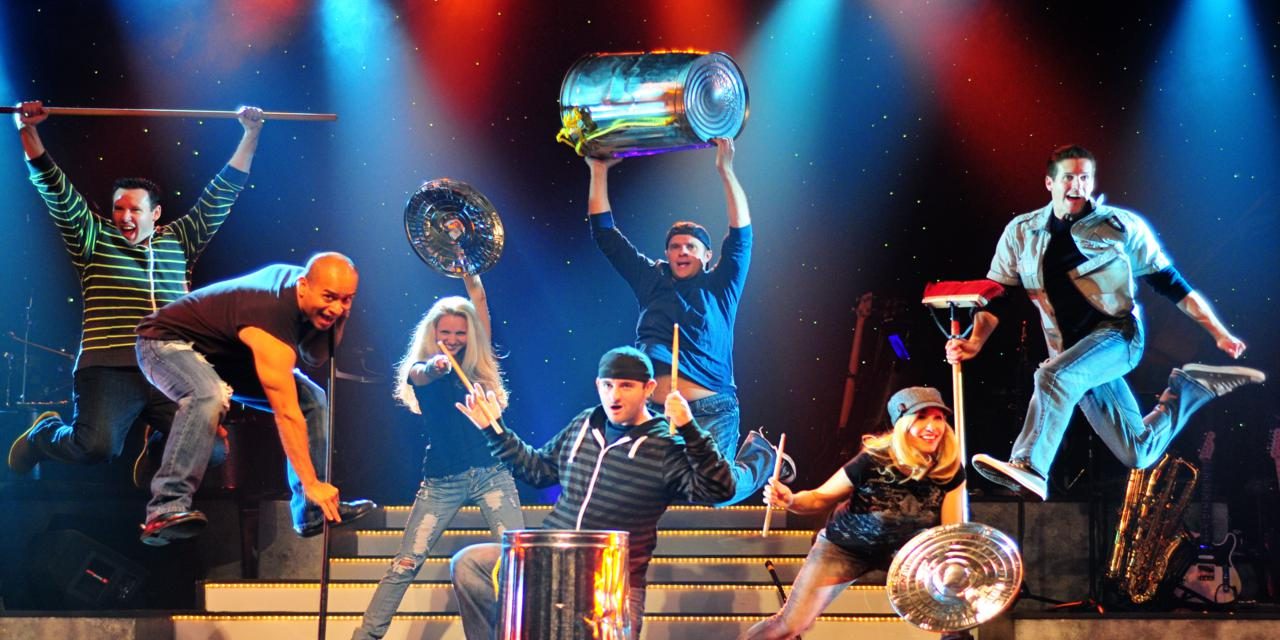 If you are looking for an evening slot to fill on your group itinerary, look no further. Theaters are a classic addition to any itinerary. Whether your group is in the mood to see a Broadway show, be wined and dined or take a behind-the-scenes tour, these theaters get rave reviews.

A Tribute to the King 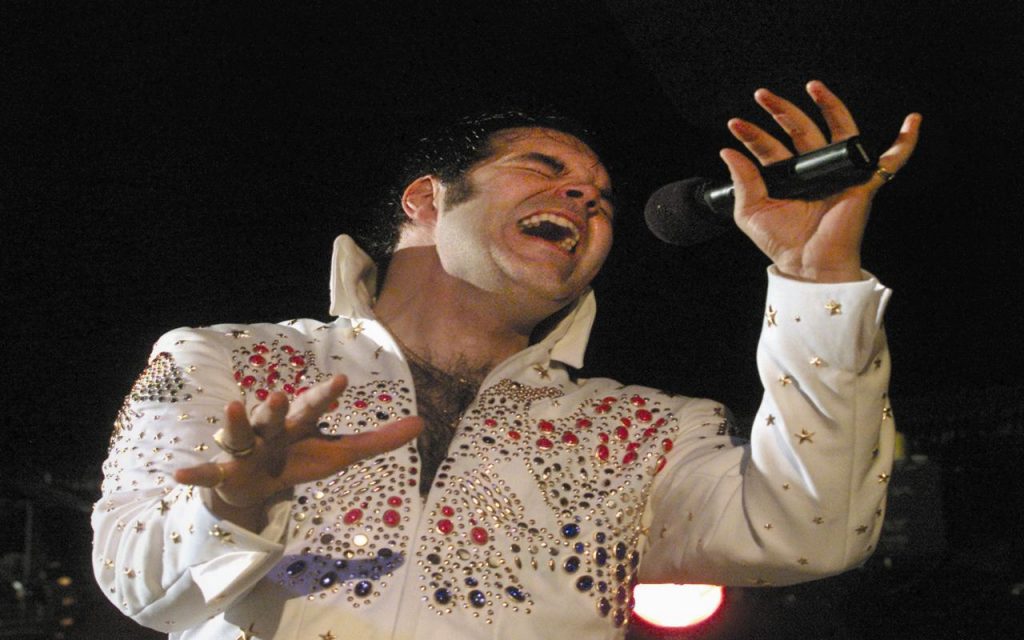 This high-energy musical starring John Beardsley features six periods in Elvis Presley’s career. With over 30 songs and five costume changes, it has thrilled audiences of all ages in Nashville,
where he recorded over 300 songs. The legend lives on in Nashville’s first and only continuously running show. A Tribute to the King is celebrating its 1,000th show this season. Shows are performed on Mondays and Thursdays, March through October. (thenashvilleking.com) 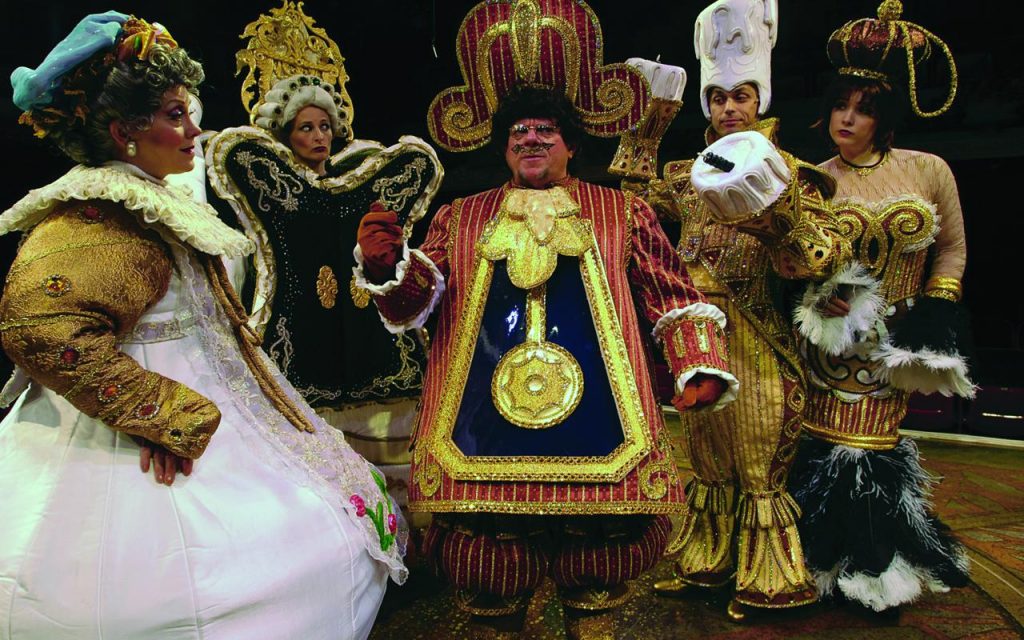 Experience the magic of The Fireside Dinner Theatre, Wisconsin’s #1 year-round motorcoach attraction. You’ll enjoy superb dining, beautiful gift shops and professional Broadway musicals in a state-of-the-art theater-in-the-round. Celebrating 53 years and three generations of Klopcic Family hospitality, the Fireside is a complete destination in itself or the perfect complement to any Wisconsin tour. Presenting seven performances weekly year-round, The Fireside is fully accessible to guests with disabilities. (firesidetheatre.com) 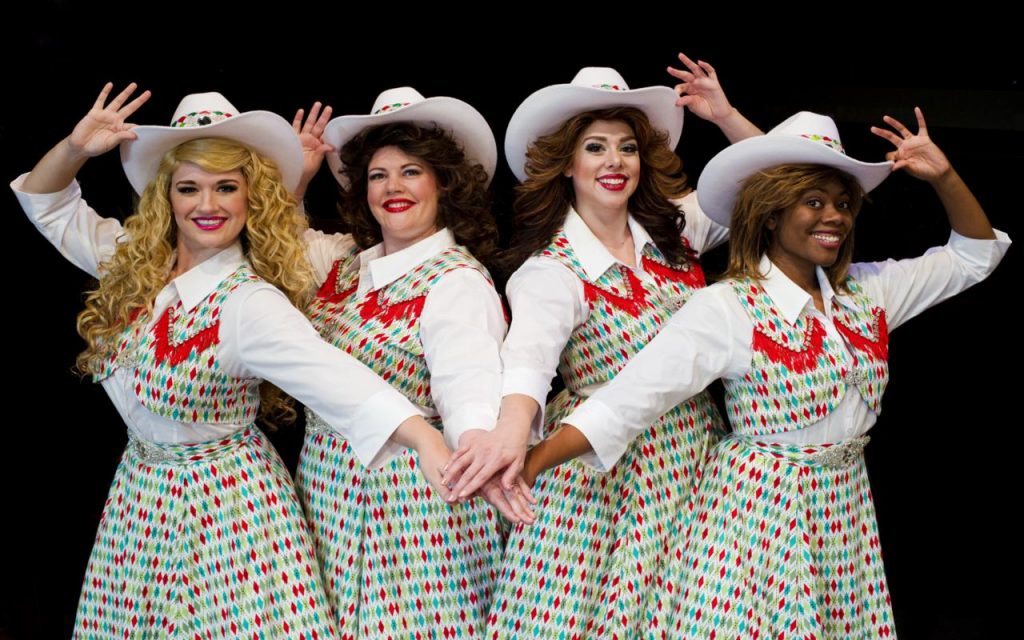 Derby Dinner Playhouse takes pride in being one of the oldest and biggest dinner theaters in the country. More than three million people have visited the theater. Past productions have included Singin’ in the Rain, Cats and The Odd Couple. Eight mainstage shows run Tuesday through Sunday year-round. Groups will be fully wined and dined with Derby’s homestyle buffet that features classic American cuisine. Derby Dinner Playhouse is a group’s one-stop shop. Future shows include A Christmas Carol the Musical and Mamma Mia! (derbydinner.com) 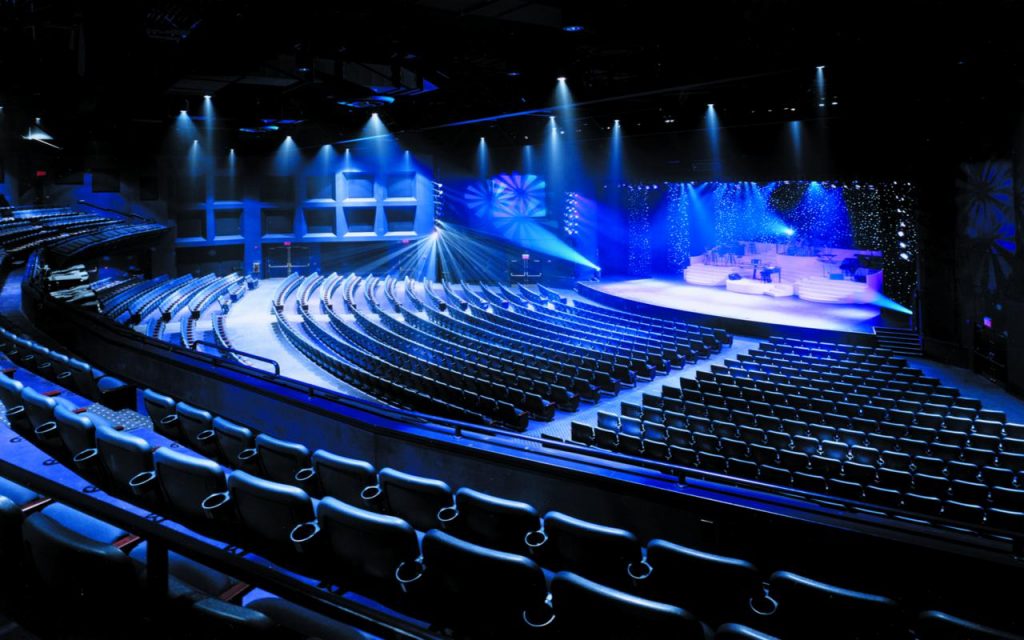 The 1,600-seat American Music Theatre hosts more than 300 live performances each year, ranging from touring concerts to original shows and comedy acts. Original shows are written, directed and produced in-house, including the popular Christmas Show. The theater has welcomed Grammy, CMA, Tony and Oscar winners to the stage since opening in 1997. In 2017, the original show Vegas Legends captures the famous voices and energy of Las Vegas. (amtshows.com) 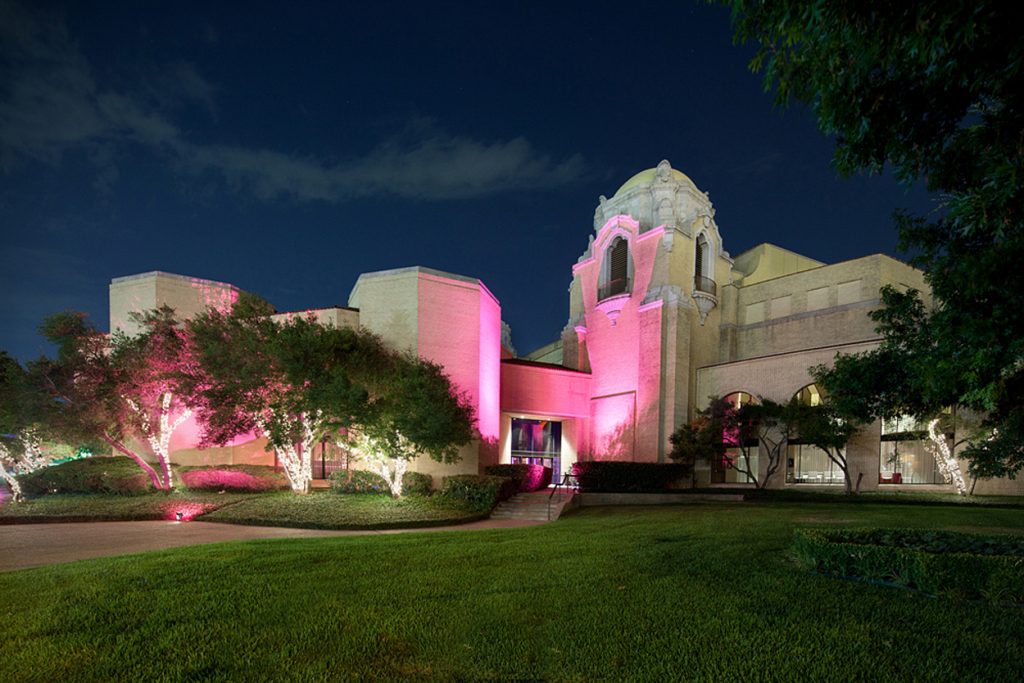 Since the 1940s, Dallas Summer Musicals has been a well-known nonprofit that produces and presents Broadway theater. Performances are put on year-round at the Music Hall at Fair Park and include a diverse lineup to entertain audiences of all ages. Examples of past shows include Elf the Musical, Wicked, The Lion King and Million Dollar Quartet. Upcoming shows include The Bodyguard, White Christmas,
The Color Purple and Les Miserables.
(dallassummermusicals.org) 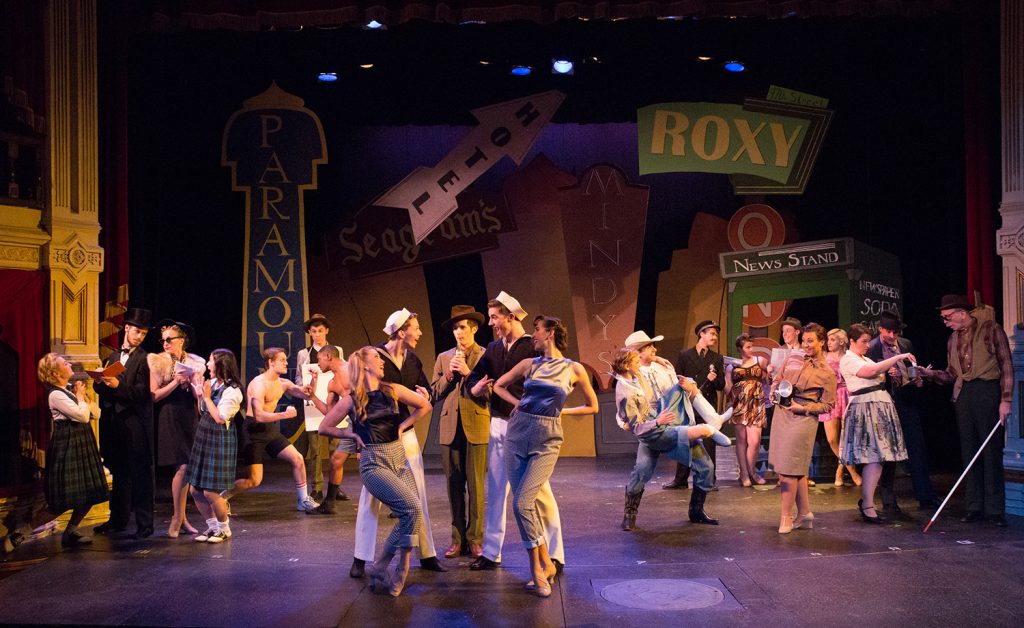 Built in 1882, Tibbits is one of the oldest theaters in Michigan and is rich in history and ambiance. This intimate 499-seat theater hosts concerts, children’s programs, art exhibits and local events year-round. Every summer Tibbits holds a professional summer theater series. Upcoming shows this summer include The Cemetery Club, Damn Yankees, Footloose and The Fox on the Fairway. Group tours are available and are adaptable to fit your group’s interests. (tibbits.org) 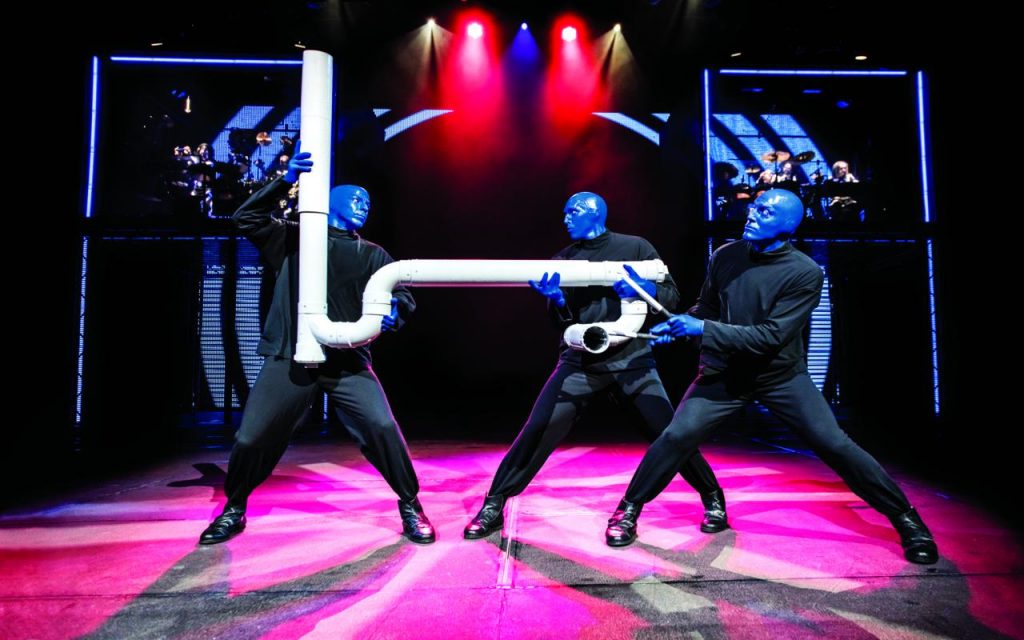 The company’s Blue Man Group show has been performed in more than 20 countries and seen by 35 million people since 1991. It combines technology, art and comedy to create a one-of-a-kind experience to appeal to all. The show is continuously adding new music, stores, instruments and technologies. Your group can find Blue Man Group at its permanent theaters in New York, Las Vegas, Boston, Chicago, Orlando and Berlin. The production also has a world tour.(blueman.com) 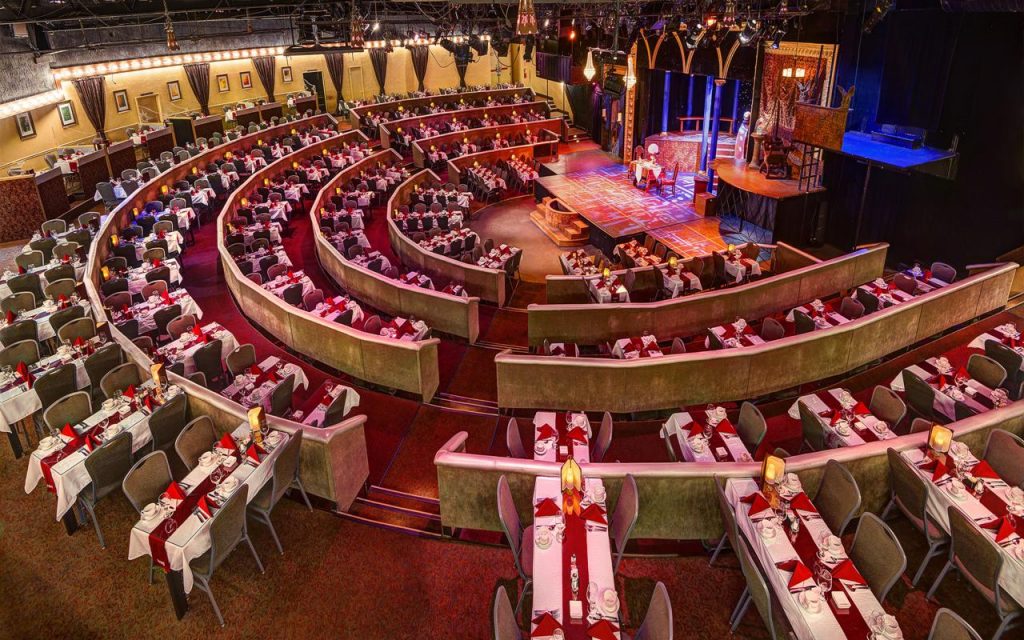 No visit to Indy is complete without a stop at Beef & Boards Dinner Theatre. This unique destination offers dining and professional live entertainment – all in one location that’s easy to reach. The theater provides live Broadway shows in an intimate atmosphere. Upcoming shows include Ring of Fire, West Side Story and Ghost the Musical. Beef & Boards has proudly hosted groups of 20 to 450 for over 40 years. (beefandboards.com) 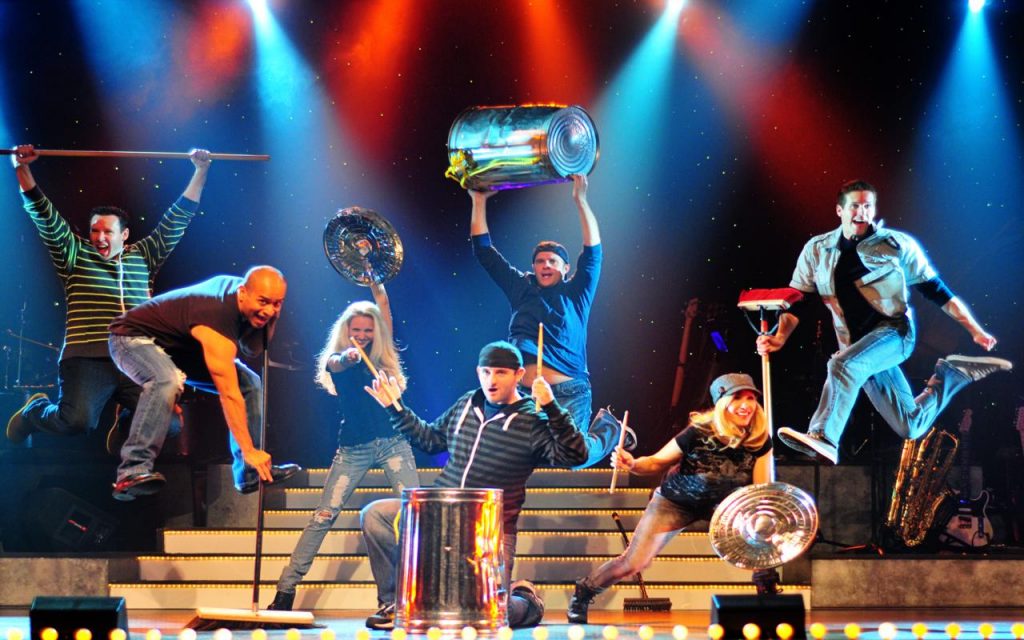 The Historic Savannah Theatre is celebrating its 15th anniversary entertaining audiences in Savannah’s beautiful historic district. Its high-energy music show with singers, dancers, comedians and a rockin’ live band is rated “The #1 Entertainment in Savannah” by TripAdvisor, and was voted “Top 5 Favorite Theatre Shows in America” by NTA in 2013. Performances run year-round and are fun for groups of all ages, featuring pop music, rock and roll, Broadway, country and Christmas Spectacular in December. (savannahtheatre.com)