Cruising Through France with Panache 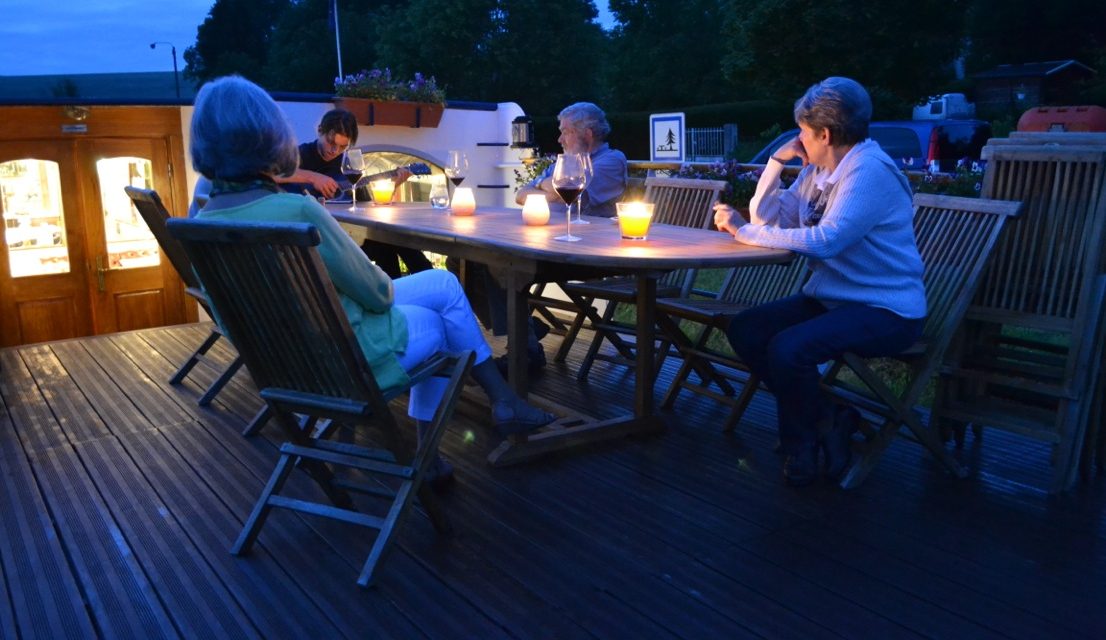 The canals of France cut through mountains, valleys, pastureland and woodlands, and luxury hotel barges such as European Waterways’ 12-passenger Panache are the way to travel them in style.

For groups or families, it’s an intimate way to socialize, bond and make new friends while enjoying the amenities of luxury cruising. For an upscale experience, a five-star hotel barge cruise is a trip of unforgettable memories and pleasant dreams. Whether in your comfortable cabin or up on a spacious deck watching the scenery glide by, this kind of travel is relaxing.

On board the richly appointed, 129-foot-long Panache as it plies the Canal de la Marne Au Rhin, you can enjoy iconic sights, fine gourmet dining, superb wines and illuminating excursions into the French countryside. The canal, constructed between 1838 and 1853, was built so that boats could travel through the low, rolling Vosges Mountains; the 155 locks were necessary because of differences in elevation. Built to connect Paris with Alsace and Germany through difficult geography, the 195-mile-long waterway now is used mostly for pleasure craft and tourist barges.

European Waterways’ 17 hotel barges, formerly commercial barges that have been fully refitted for guests, accommodate between six and 20 passengers, featuring wood paneling, carpeting, and a blend of antique and traditional furniture. The rooms have ensuite bathrooms, showers, wardrobes, a writing desk and TV screens for DVD’s. 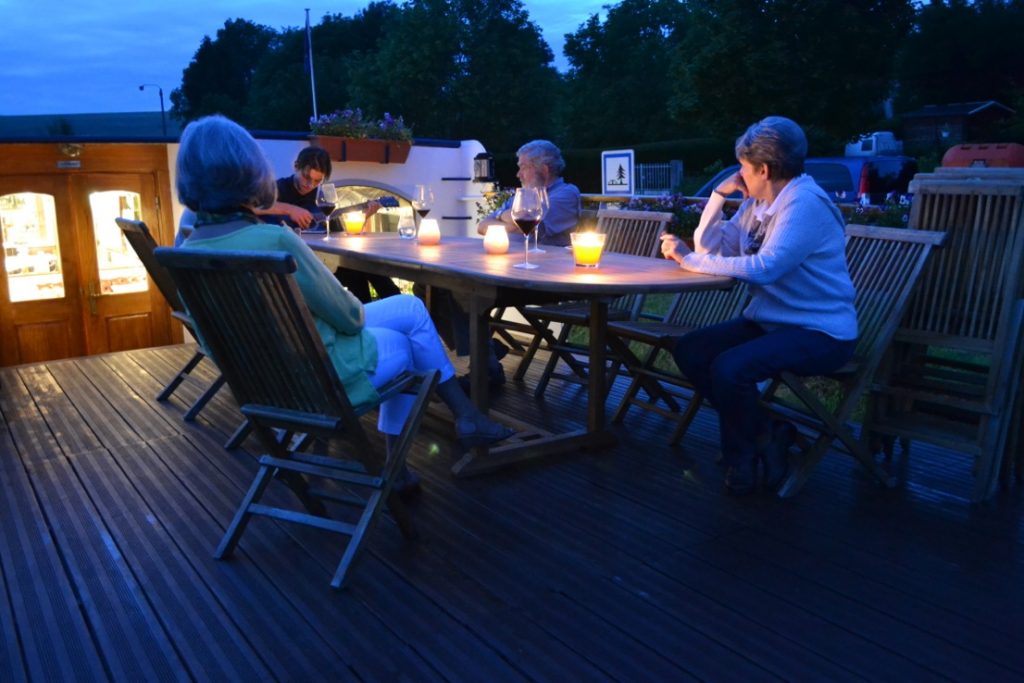 English-speaking crews consist of a captain, pilot, master chef, two housekeepers and a deckhand. With all this, think of your trip as a floating house party and a way to get to know your fellow tour members, all within a setting of elegance, excellent food, and leisurely days filled with interesting sights.

European Waterways can arrange for groups to charter an entire barge and build the cruise around golf, walking, wine appreciation or other themes. Bikes are provided for passengers who want to explore towns along the canal; it’s likely the barge will never go faster than when you’re cycling along the towpath. The crew escorts passengers to historic cathedrals, colorful town markets, wineries, castles or studios to see artisans at work, according to the itinerary worked out prior to each trip.

My trip began at Tronville-en-Barrois, a commune in the Meuse Department in Lorraine in northeastern France, and it concluded six days later upon reaching historical Toul and Nancy. Nancy is the capital of the northeastern French Department of Meurthe-et-Moselle and formerly the capital of the Duchy of Lorraine, later the French province of the same name. Toul, with its impressive white stone ramparts topped with grass, was the seat of the bishops of Toul, and today many come to visit this impressive Gothic cathedral in the Old Town.

Picked up by van in Strasbourg by a member of the Panache crew, passengers became acquainted on the way to the quiet barge landing where our adventure began. We’d be traveling both by canal and, at the end of the trip, on a stretch of the Moselle River, which twists and turns its way to the Rhine. Until 1979 this was the longest canal in France. The pastoral area was first cultivated by the Romans.

The barge silently floated past quaint villages, half-timbered houses with colorful window boxes, tall, pointy church towers, fields of contented cows and sheep, farmers working in their fields and boulangeries (bakeries) where it seems the whole town shows up in the early morning for their freshly-baked bread and pastries. 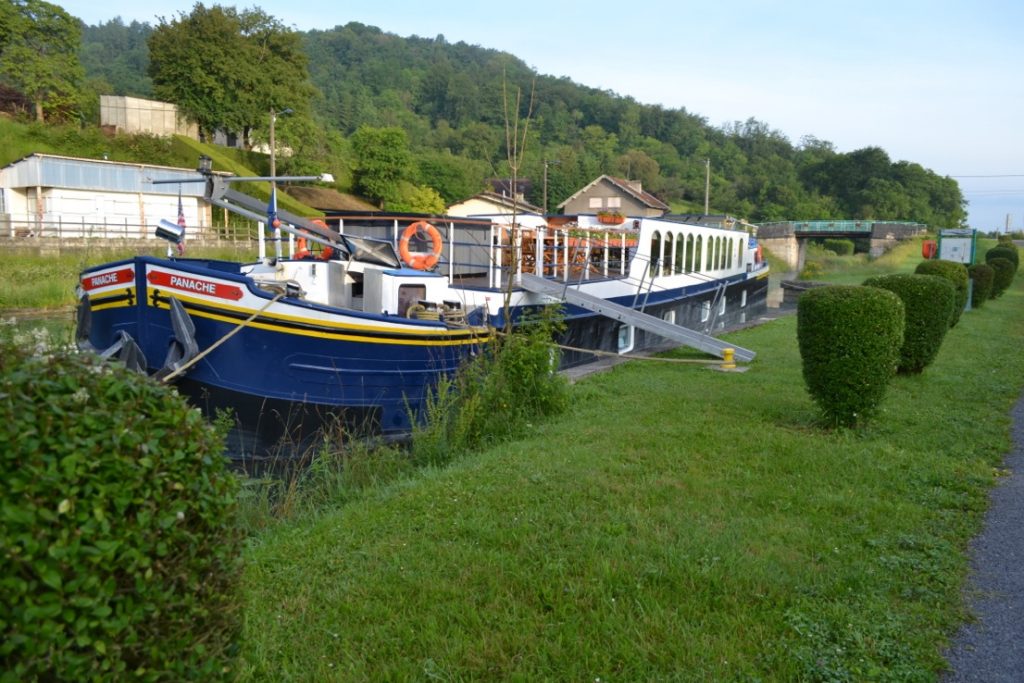 Before settling into our roomy, air-conditioned cabins (12 ft. 6” x 11 ft. 6” and nearly 7 ft. in height) below deck, we gathered for champagne and appetizers on the top deck prior to sitting down to a dinner of chicken livers, shallots and capers; rack of lamb with gratin potatoes, port rosemary and spinach; a cheese course; and a delicious banana souffle with pistachio glace. The wine, introduced by the staff before each lunch and dinner, for this meal was Santenay Clos de Malte L Jadot 2014 (white), and Hospices des Nuits/ St. Georges 1 er cru 1998 (red). We enjoyed similar freshly-prepared meals and fine wines for the remainder of the cruise.

After biking along the canal for a few miles the next morning to work up an appetite and then lunch on board, the group visited Domaine Trepo Leriguier, a long-standing fourth generation, family-owned champagne maker. Bertrand Trepo gave us a tour of his vineyards and then a private tasting of his champagnes, including his Millesimee variety, which is harvested at night for better quality.

The next day passengers were given a tour of the castle chapel in the town of Vaucouleurs, from which Joan of Arc departed in 1429 with an escort on her epic journey to meet with the Dauphin, Charles VII, the heir to the throne of France. The next day was filled with a tour of St. Mihiel, home of the 16th century sculptor Ligier Richier, and the ghostly army trenches from WWI, a very moving experience.

The next day the barge passed through the half-mile-long Foug Tunnel and a series of descending locks before arriving in Toul. After lunch passengers visited the fortified town with its awe-inspiring St. Etienne, a Gothic cathedral begun in 1221 and completed 275 years later. The beautiful stained glass windows are a highlight of the church.

A private wine tasting at Domaine Lelievre in Lucey, dinner ashore at a quaint French restaurant in Toul, and a tour of Nancy, the ancient capital of Lorraine with its lavish gold wrought iron gates, indoor market and impressive parks and gardens, capped six days of relaxing in the French countryside and venerable small towns. 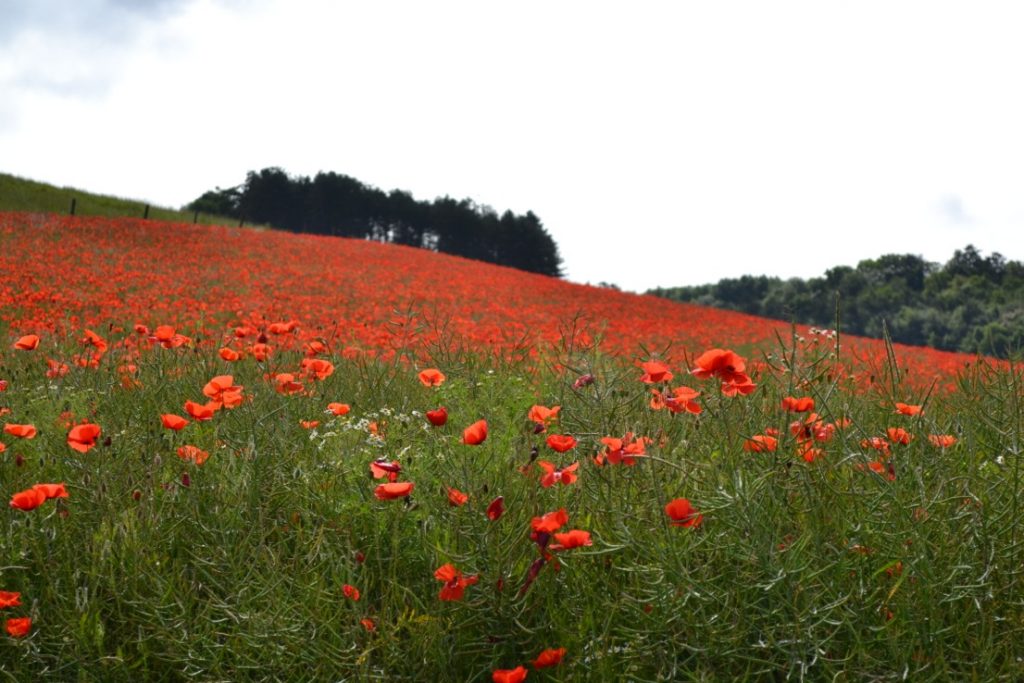 Cruising down the canals of France or other European countries is a unique way to slow down and enjoy life to its fullest.