Culinary adventures await hungry tour groups in all parts of Alabama. From the celebration of Alabama’s chefs and restaurants to local farmers’ markets and wineries, Alabama offers a taste of everything food.

There is one thing about which we can be certain—like an army, groups move on their stomachs. Regardless of where we travel, eating is a must and going local is always preferred. Whether Alabama is your final destination or you’re just passing through, you’ll discover five officially designated food trails with all the right ingredients to round out your itinerary.

Taste of the Magic City Trail

Birmingham draws the Magic City moniker from its history of rising so quickly into a premier Southern city that it was like magic. Now the city is recognized as one of the South’s best culinary destinations, featuring local favorites and upscale dining offered by popular chefs and restaurants.

Even with only six stops on the trail, you’ll get a great taste for the diversity of Birmingham’s cuisine. The fried green tomatoes at Irondale Cafe, made famous by Fannie Flagg’s novel and the Academy Award-nominated film that followed, are a tradition. Enjoy a large cup of sweet tea from one of several Milo’s locations and discover the difference they proclaim. If limeade is more to your liking, stop by Gilchrist Drug in Mountain Brook and see why they’re squeezing 250 limes each day. 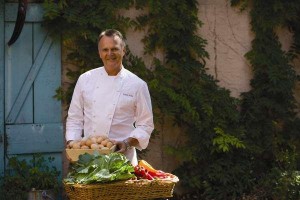 Pulled barbecue pork on a cheese biscuit at a Jim ’n Nicks eatery is a great lunch pairing. Hot and Hot Fish Club’s tomato salad, a work of art, is a feature of this fine dining restaurant. Bottega owner and chef Frank Stitt, a 2011 inductee into Esquire magazine’s Restaurant Hall Of Fame, is considered a leader in Alabama’s recognition as a culinary destination. The restaurant’s signature appetizer, Parmesan soufflé, is a must try. 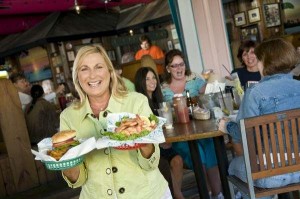 Five stops on the Coastal Cuisine Trail are just the beginning of what promises to be a taste sensation tour. Start your day at the Grand Hotel in Point Clear with its famous lump crabmeat scramble—fresh local crab and scrambled eggs. LuLu’s at Homeport Marina in Gulf Shores combines a laid-back style with a seafood gumbo that is well worth the visit. Also in Gulf Shores, burger aficionados feel right at home at The Hangout, known for its Wipeout Burger, and Hope’s Cheesecake is a perfect dessert stop. Although Sea Bass in Banana Leaves may be the signature dish, a diverse menu and proximity to the beach welcome diners to Cosmo’s Restaurant and Bar in Orange Beach.

From Monroeville to Mobile, the Lower Alabama Trail features both inland and coastal fare. Monroeville received the designation “Literary Capital of Alabama” in 1997 due to its history of producing famous writers, such as Nelle Harper Lee, Truman Capote, Mike Stewart, Cynthia Tucker and Mark Childress. Mobile is home to the first American Mardi Gras; it began in 1703 and today spans 2½ weeks. 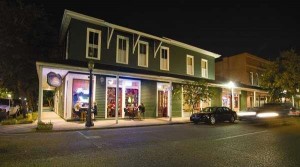 The trail begins in the eastern portion of the state with a stop in Monroeville, where you’ll find Radley’s Fountain Grill, named after a character in Harper Lee’s To Kill a Mockingbird. Visit and see if its BLT really is the perfect sandwich. Next stop is Daphne, where Alabama’s best po’ boys can be found at Market by the Bay. The Brick Pit in Mobile promises and delivers cooked-for-a-day, pulled pork platters. A Mobile landmark, Wintzell’s Oyster House, serves the tasty shellfish every way imaginable. The last stop on the Lower Alabama Trail (or possibly the first for chocolate lovers among us) is Mobile’s Three Georges, famed for its Heavenly Hash, a concoction of pecans and marshmallows covered in chocolate.

Cities on the Alabama Heartland Trail are hotbeds of history and yes, football. From the Civil War to civil rights, Selma has seen its fair share of struggles. History is only the beginning in Alabama’s second largest city and state capital, Montgomery. Of course, there’s plenty to see and do in the university cities of Tuscaloosa and Auburn. Food on the Alabama Heartland Trail may be the only thing on which diehard University of Alabama and Auburn University fans can agree.

Start with a classic peach cobbler dessert at Selma’s Downtowner Restaurant. Garden & Gun magazine, a voice of the South, reported that the fried chicken at Martin’s in Montgomery may be the best you’d ever have. The James Beard Foundation named The Bright Star, a Greek-style seafood and steak restaurant in Bessemer, an American Classic. Since 1958 Dreamland in Tuscaloosa has been serving slabs of ribs with its own sauce and white bread to college students, locals and visitors. For more than 130 years Toomer’s Drugs in Auburn has been serving fresh-squeezed lemonade. When you see the peach water tower in Clanton, you’ll know you’re near Peach Park and some of the best peach ice cream and pie imaginable. Priester’s Pecans in Fort Deposit is a must stop for both a snack and shipment of pecan products back home. At Bates House of Turkey in Greenville you can enjoy a sandwich or platter of its own free-range turkeys.

The six stops on the North Alabama Trail, from upscale to down-home country, offer a diversity that’s sure to please. From the birthplace of Helen Keller in Tuscumbia to the “Rocket City” of Huntsville, there’s plenty to see and do until it is time to eat. 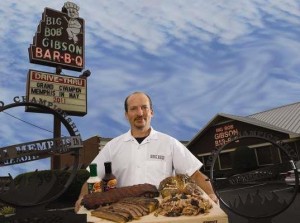 A good first stop is The Palace in Tuscumbia for a thick chocolate Harvey Milkshake served in a stainless steel glass. Not far away in Sheffield, George’s Steak Pit has been serving its signature ribeye steak prepared over hickory logs for more than 60 years. Alabama White Sauce was invented at Decatur’s Big Bob Gibson Bar-B-Que, and they are still serving it over barbecue chicken. If a catfish filet and hushpuppies fit your appetite, then the Original Greenbrier BBQ in Madison has been a local favorite for 50 years. Housed in a Huntsville building built 40 years before the Civil War, Chef James Boyce’s Cotton Row is a memorable upscale dining experience. If you’ve never heard of tomato pie, don’t be alarmed—it’s a true Southern dish and Carlile’s in Scottsboro makes one of the best.

So, pack up your group, bring your appetite and leave your diet at home. It’s time to eat, Alabama style.