Appetizing events range from seafood fests to cookin’ competitions. Here are a few festivals to ramp up the fun: 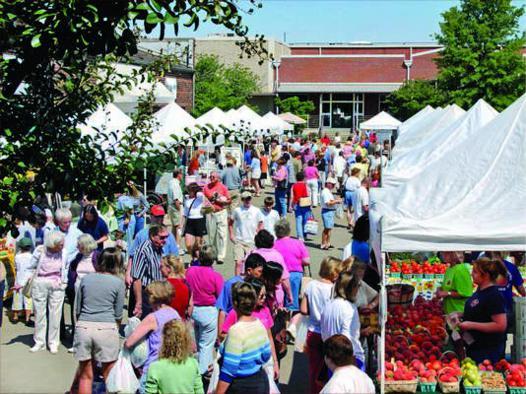 With such a wide assortment of dining options, it stands to reason that food festivals are a part of Birmingham’s culture. From mid-April through mid-December the Pepper Place Saturday Market comes alive. Alabama farmers and artisans come together with their products, while delicious food, cooking demonstrations and music turn this event into a happening.

Traditionally held during the first weekend in May, the Schaeffer Eye Center Crawfish Boil began 20 years ago when Aaron and Phyllis Beam invited friends over for steamed crawfish. From those simple beginnings the event now draws record crowds and has become Birmingham’s biggest music and food festival. 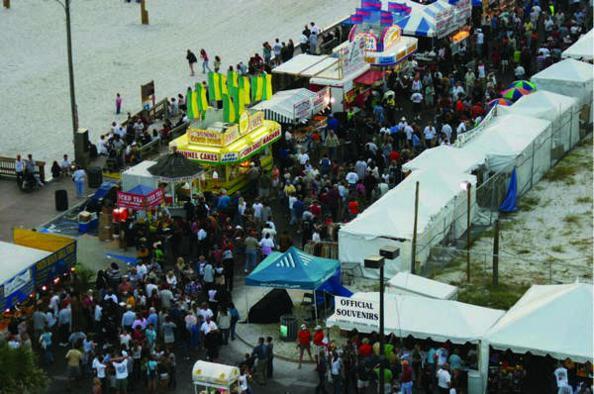 During four mid-October days in Gulf Shores, a seafood staple is celebrated at the National Shrimp Festival. Drawing more than a quarter million attendees, it is one of the largest outdoor festivals in Alabama. Tasty food offerings, local and regional art, and music acts combine to create a memorable event.

In Southern Alabama, the Alabama Pecan Growers Association celebrates a crop whose history dates to the early 1900s. Crafts, music and plenty of pecans along with the Hank and Jett Williams Songwriters Contest and the Gospel Songwriter and Talent Contest all come together the first weekend in November at the Alabama Pecan Festival in Mobile.

Peanuts and peanut products take center stage for 10 days in early November when Dothan plays host to the National Peanut Festival, which honors local growers with live music, carnival rides and agricultural displays. For the four days following Thanksgiving, Demopolis puts on the official Alabama State Barbecue Championship. The Christmas on the River Barbecue Cook-Off offers plenty of good food, activities and a nautical float parade on the river as a finale.

In Clanton they’ve been celebrating the Chilton County Peach Festival since 1947. The June event all the fresh peaches, peach ice cream and peach pie you can eat, plus a Peach Queen and Peach Parade. 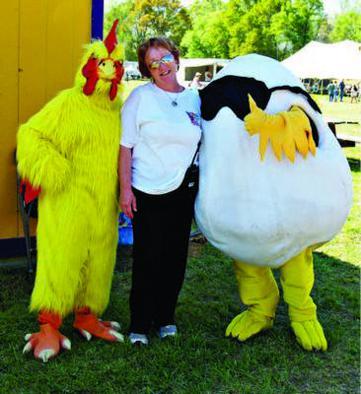 From April 12-14, 2013 the Alabama Chicken and Egg Festival in Moulton answers the proverbial question—which came first? Enter the chicken wing or hard-boiled egg contest if you dare. Food vendors include the festival’s famous fried chicken, entertainment, and arts and crafts.

In mid-September the Riverfest Barbecue Cook-Off in Decatur draws the best professional and amateur teams.