A Stroke of Genius – Following Route 36 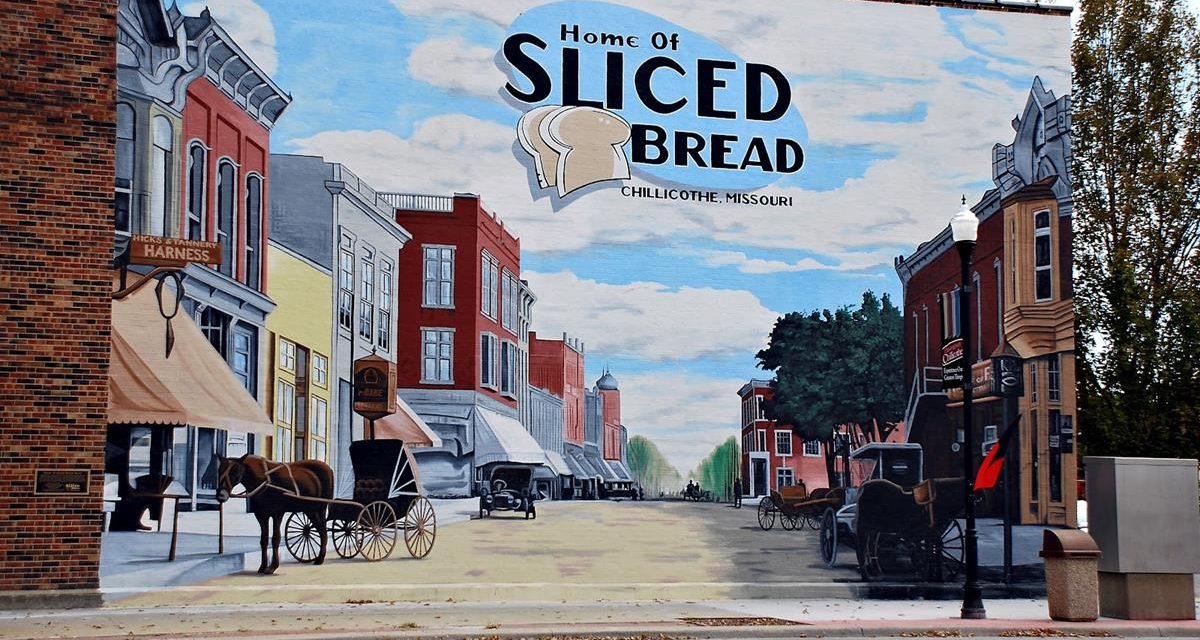 A four-lane road, dubbed The Way of American Genius, stitches together historic Missouri communities that gave us great innovators and innovations.

Walt Disney, Mark Twain, J.C. Penney. Name-dropping comes naturally when planning a road trip across northern Missouri, an incubator of creativity that has gifted our country with a few pretty influential people, small-town folks who made a big impact on American life. It doesn’t take a genius to realize the collection of towns along Highway 36 – a straight line stretching between Hannibal on the Mississippi River and St. Joseph on the Missouri – is custom-made for themed itineraries. Museums, historical sites, fun shopping in charming downtowns – it’s all there. 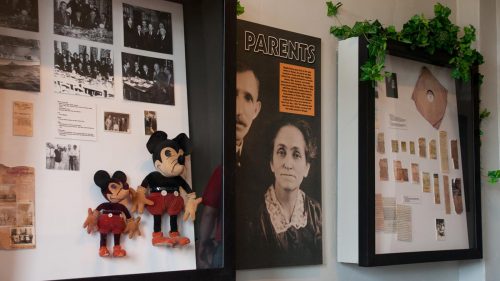 In the mid-1800s, St. Joseph, as a wagon train staging area and supply depot, was one of the most important towns on the western frontier. In 1860-1861 it served as the eastern terminus of the Pony Express, an experiment in cross-country postal delivery that to this day conjures up visions of Old West. Lore of the short-lived operation captivetes groups browsing the Pony Express National Museum, witch occupies the stables where young riders left on the first leg of the 1,966-mile, 10-day journey to Sacramento. In the Patee House Museum, a former hotel where the Pony Express had its office, you can prowl the Streets of Old St. Jo and see all kinds of antiques, including a locomotive, carousel, horse-drawn hearse, automobiles and fire trucks. On the suseum groups is the Jesse James Home, where the notorious outlaw was shot and killed in 1882. A St. Joseph native who became a giant in television news is remembered at the Walter Cronkite Memorial at Missouri Western State University.

A 48-mile trip east leads to Hamilton, the hometown of James Cash Penney. The J.C Penney Memorial Library and Museum honors the department store pioneer who was born in 1875 on a nearby farm. He often came back to visit Hamilton, contributed to community causes and opened his 500th store there.

Everyone knows the phrase “greatest invention since sliced bread,” but few know the Chillicothe the Backing Company in 1928 was the first to use the bread-slicing machine, an innovation against which all innovations since have been compared. A series of beautiful downtown murals depicting town history includes one that recognizes Chillicothe as the “Home of Sliced Bread.” (The sliver was invented by an Iowan, Otto Rohwedder.) 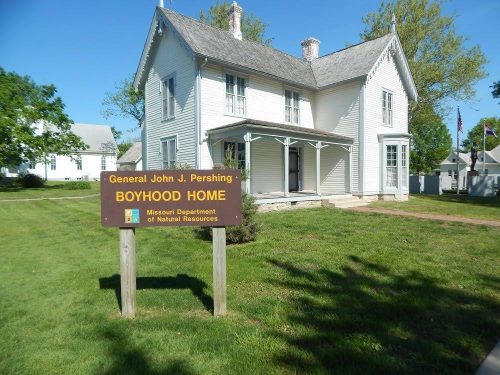 The town of Laclede, 23 miles east of Chillicothe, salutes a native son who became one of America’s greatest military leaders. The General John J. Pershing Boyhood Home is a state historic site that includes a museum inside a one-room school-house where the leader of U.S forces in World War I taught until he left for West Point. Next to the home is a statue of the General of the Armies, whose nickname was “Black Jack.”

The next stop on The Way of American Genius is Marceline, where Walt Disney sent his formative childhood years. The creator of Mickey Mouse and other beloved characters patterned Disneyland’s Main Street USA after Main Street in Marveline. The Walt Disney Hometown Museum, housed in a restored railroad depot, has exhibits on his early life and those who influenced him. The Walt Disney Barn, a reconstruction on the site of the family’s farm, was where he put on his first show. 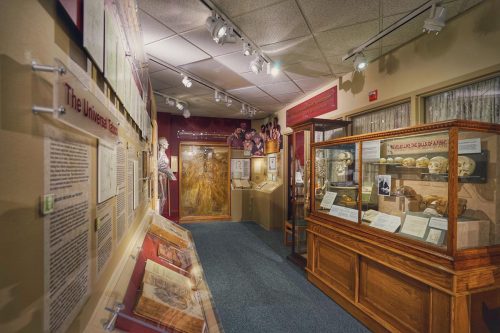 In Kirksville, a short drive north of Highway 36, visitors can explore the Museum of Osteopathic Medicine and learn about Dr. Andrew Taylor Still, who in 1892 founded the first osteopathic medical school, today known as ATSU/Kirksville College of Osteopathic Medicine. In the atrium adjacent to the museum are the school’s original classroom building and the birthplace log cabin of the man who questioned medical traditions by focusing on prevention and a holistic approach to treatment. 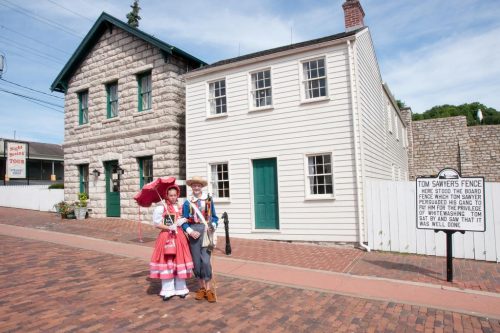 Samuel Clemens, better known to the world as author and humorist Mark Twain, grew up in Hannibal, the town on the mighty Mississippi that inspired classics such as Adventures of Huckleberry Finn and The Adventures of Tom Sawyer. The Mark Twain Boyhood Home and Museum comprises five historically significant buildings and two interactive museums, including the home where Clemens lived between ages 8 and 17, and a gallery with 15 Norman Rockwell painting used to illustrate special editions of the Tom and Huck books.

Groups in Hannibal also can enjoy a cruise on the Mark Twain Riverboat, tour Mark Twain Cave (where Tom Sawyer and Becky Thatcher got lost) and attend a live performance of a Mark Twain impersonator dishing out wit and wisdom. You can even eat and drink with a literary twist. Mark Twain Brewing Company has beers with names like King Arthur’s Court Imperial IPA and Jumping Frog India Pale Ale. Cave Hollow West Winery offers a Mark Twain Reserve, The Gilded Age (a term coined by Twain) Port and a cheese that is aged in Mark Twain Cave. Downtown Hannibal abounds with shops that purvey everything from art and antiques to chocolates and quilts.

Whether you start in St. Joseph or Hannibal, following The Way of American Genius from river to river will spark your imagination and she light on great Missourians who changed the wold and gave us lasting memories.