10 Top Catholic Shrines in the U.S. 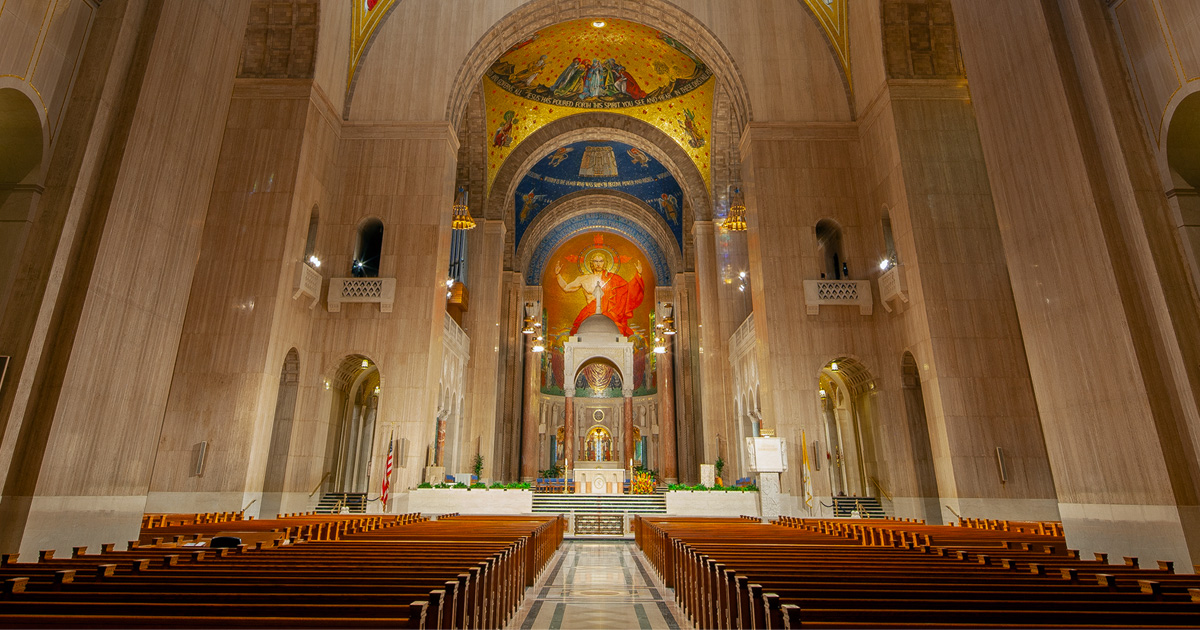 Pilgrims and casual visitors alike find inspiration, comfort and peace at the many Catholic shrines around the country. Some are located in big cities, others in tranquil rural settings. Most of the shrines offer guided tours and Masses. They may have a museum, restaurant, cafeteria or retreat center.

Here are 10 of the top Catholic shrines in America:

1. Basilica of the National Shrine of the Immaculate Conception, Washington, D.C.

The largest Roman Catholic church in North America—and one of the 10 largest in the world—is the nation’s preeminent Marian shrine. Referred to as “America’s Catholic Church,” it is host to nearly one million pilgrims and visitors annually.

The massive Basilica, consisting of the Crypt Church and Great Upper Church, is built entirely of brick, stone, tile and concrete. There is no steel structure. It has some 70 chapels and oratories adorned with stained glass, mosaics and sculptures. Besides marveling at its Byzantine-style architecture, visitors can admire the largest collection of contemporary ecclesiastical art on earth.

This former parish church is an oasis of peace in a noisy neighborhood where Chinatown and North Beach meet. Its beautiful Lady Chapel, La Porziuncola Nuova, is a scaled replica of St. Francis’ Porziuncola in Assisi, Italy.

The church is known for its beautiful architecture, colorful murals and stained-glass windows, and holy relics of the Franciscan saints Francis and Clare of Assisi and Anthony of Padua. The church’s acclaimed pipe organ, installed in 1926 and enlarged in 1993, is a regular voice in all liturgical celebrations.

Located in the heart of the Berkshire Hills in western Massachusetts, the shrine sits on 350 acres, known as Eden Hill.

The shrine’s stained-glass windows and mosaics give it light and character. Created by artist Fred Leuchs, the various glass and mosaics portray the mercy of God through Scripture. The fourteen Stations of the Cross were imported from Spain. Guests are invited to stroll the grounds and visit the many statues and candle shrines like the Lourdes Candle Grotto and Holy Family Shrine. 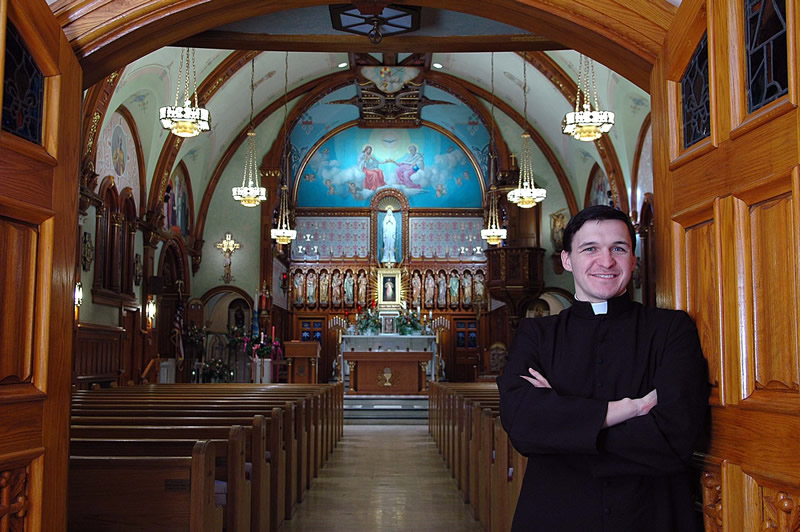 4. National Shrine of Our Lady of Czestochowa, Doylestown, Pa.

Dedicated in 1966 to celebrate 1,000 years of Christianity in Poland, the Shrine has recently been expanded. It welcomes hundreds of thousands of pilgrims each year.

The area below the Main Church, originally the cafeteria, has been converted to replicate Our Lady’s Chapel from the Jasna Gora Monastery in Czestochowa, Poland, with a black and silver altar and the image of the Black Madonna. The Visitor Center is a new building that houses many of the facilities once located in the lower level of the Main Church, plus a few new ones, including a cafeteria that can accommodate 450 people.

It includes a new, expanded self-service area; a separate dining area for private groups; an expanded store for Polish food products; a raised stage area for speakers or entertainment; and an outdoor balcony overlooking the Stations of the Cross and a beautiful view of the Peace Valley area.

The new Ave Maria Retreat House makes it now possible for up to 80 pilgrims to stay overnight.

5. Shrine of Our Lady of Guadalupe, La Crosse, Wis.

One of the newer Catholic shrines in the United States, the shrine opened to the public in 2002. The Shrine Church, done in the Romanesque style, was dedicated in 2008, followed soon after by the Memorial to the Unborn, which emphasizes the dignity of life in all its phases. 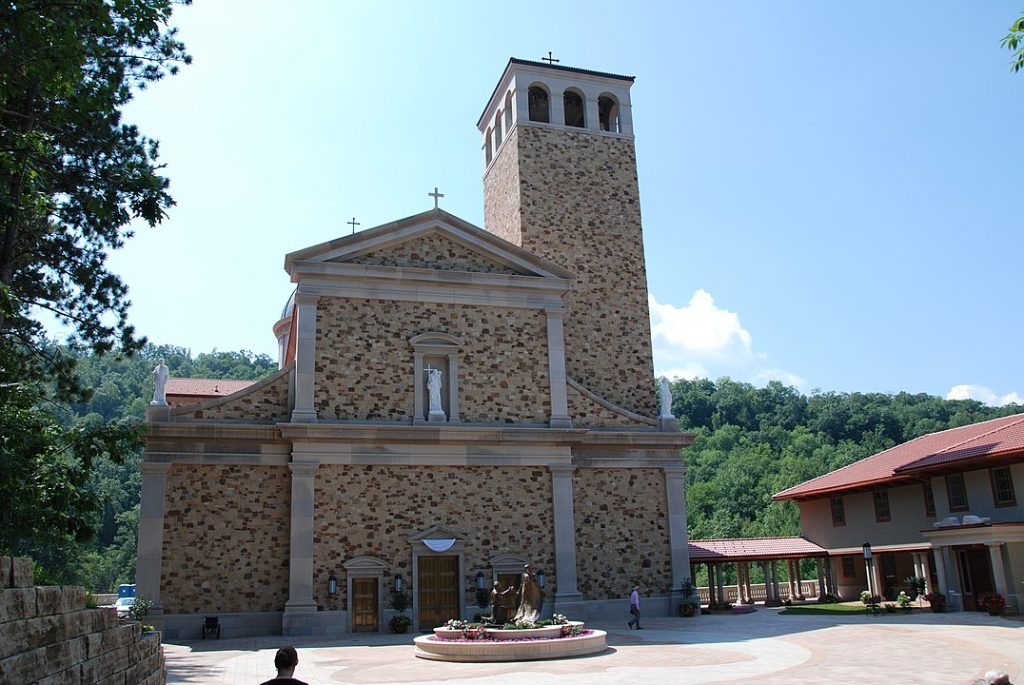 The Stations of the Cross wind alongside the bluff, with granite benches at each station that allow pilgrims to rest, meditate and pray. The Votive Candle Chapel is reported to be the largest candle rack in the United States. Also on the grounds is Culina Mariana (Mary’s Kitchen) restaurant.

Located in the mountains of Western Maryland, the shrine to the first native-born American woman to be canonized (in 1975) is on the grounds of St. Joseph’s Provincial House.

In the early 1800s Mother Seton, founder of the Sisters of Charity of St. Joseph, opened the first free parochial school staffed by religious sisters. Her remains are buried beneath her altar in the basilica. The visitor center has a museum and shows a 15-minute film on Seton’s life.

7. Shrine of Our Lady of Martyrs, Auriesville, N.Y.

This is the site of the Mohawk village of Ossernenon, where St. Isaac Jogues and two companions were martyred in the 1640s. They are the only canonized American martyrs and together with five Jesuit priests killed on native missions in Canada are known as the North American Martyrs.

The 400-acre Shrine is also the birthplace (in 1656) of the Blessed Kateri Tekakwitha, a Native American maiden who performed a miracle and was expected to be canonized in 2012. On the grounds are a 6,500-seat coliseum church with standing room for an additional 3,500, plus chapels, museums, gardens and outdoor Stations of the Cross.

Rising over the Muscontecong Valley on 150 acres in Warren County, the shrine is owned and operated by The Blue Army, USA, a worldwide movement of millions of faithful responding to the requests Our Blessed Mother made to three shepherd children at Fatima, Portugal in 1917. It hosts more than 50,000 pilgrims annually. 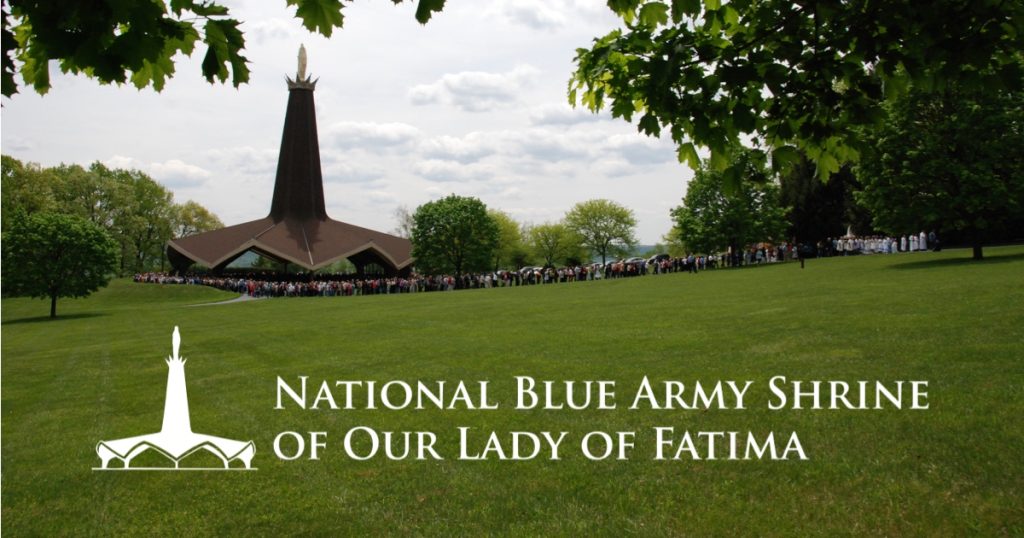 The roof of the shrine represents Mary’s mantle flowing over and protecting her children. The bronze statue of the Immaculate Heart of Mary holding out the Rosary and the Scapular rises 145 feet from the chapel level. Also on the grounds is the Holy House and its chapel, the heart of the Our Lady of Fatima Retreat Center, and the Capelinha, one of only two exact replicas of the chapel built at Fatima on the site of Our Lady’s apparitions.

Visitors to the basement altar of St. Peter’s, a baroque church built in 1843, can view the body of St. John Neumann (1811-1860), a Bohemian priest from New York who became the fourth Bishop of Philadelphia. He built many churches and schools.

People come up and press their hands against the glass of the altar. The face is a fiberglass mask made by a forensic artist. Some of the saint’s bones have been set aside and can be seen in relic containers.

To the side of the shrine is a small museum dedicated to St. John Neumann. Behind the altar is the saint’s personal collection of hundreds of relics from other saints.

Overlooking the Allegheny River from Troy Hill on Pittsburgh’s North Side, this shrine is dedicated to “The Wonder Worker”— St. Anthony of Padua. It houses the largest public collection of relics in the world (over 5,000 relics). Audio tours are available.

Also at the chapel is the Father Mollinger Museum, with artifacts related to Pittsburgh’s “healing priest.” He would often tend to 100-150 people a day. On the Feast of Corpus Christi or the feast day of St. Anthony of Padua (June 13) it was not uncommon to have 10,000-15,000 people attend his healing services. Father Mollinger was responsible for building of the chapel.