Most states don’t have official cheese trails or official cheese councils. Vermont, a state with a deep passion for cheese, has both. Thanks to the efforts of the Vermont Cheese Council, foodies who just can’t get enough cheese have 44 different locations across the state, serving some 150 often award-wining varieties, to satisfy their cravings. 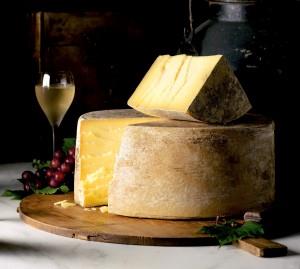 To go down the cheese trail, one must have a strategy in mind. The Cheese Council puts out a map of its members, color-coded based on how welcoming they are to visitors. Ten of the council’s members are on the map in red, meaning that while you can find their cheeses in restaurants and stores, they don’t accept visits from the public. The other 34 do welcome visitors, though some require appointments to be made in advance. Make sure to call ahead. Even with those caveats, that still leaves a startling number of destinations for even the most intrepid dairy lovers.

The trail is not a set path and can be started at any point. National Geographic, having named the Cheese Trail a “Drive of a Lifetime” advocates starting in Plymouth Notch and doing the state in a big loop, but there is no particular reason you have to start there if you don’t want to, particularly if you are not attempting to do the entire trail in one fell swoop. The beauty of the trail is that you can choose exactly how much of it you want to do.

There are some patterns in the locations of the stops. Most open to the public are located in the southern half of the state. There is a large clump around Manchester and another going north on Interstate 89 towards Montpelier. If you’re willing to call a lot of places in advance, the area around Middlebury is also full of options. Doing a big loop of all three of these areas would take you past nearly all of the ones that are fully open to the public with the exception of a few near the Canadian border and some by Brattleboro in the south.

Cabot Creamery proves that cheese does not have to be made on a small scale to still be delicious. A co-op originally founded in 1919, it now has some 1,200 farmers as members. At the production facility in Cabot, visitors can go on a guided tour and see every step of the cheese-making process before enjoying a few free samples. Cabot manufactures over 20 varieties of cheese, including a cheddar that has won awards certifying it as the world’s best.

Crowley Cheese in Healdville has made a distinctive variety described as a cheddar “without the bite” using largely the same method since 1824, free of hormones, additives or preservatives. The Crowley Cheese factory, constructed in 1882, has been designated a National Historic Landmark and is the oldest cheese factory continuously in use in the United States. Their rinsed curd process practiced there results in an especially creamy and sweet cheese compared to a traditional Vermont cheddar.

Consider Bardwell Farm is a recently revived farm that prides itself on its goat cheeses with distinctive names like Rupert and Equinox. Their goats are all Oberhasli, a species native to Switzerland, fed on pesticide-free grasses, though there are some Jersey cows as well. The result is cheese of exceptional freshness, although it is not available consistently throughout the year. All of the cheeses are handmade and aged right there on the farm.

An option off the beaten path is Sugarbush Farms, located in the center of the state and specializing in maple syrup as well as cheese production. Admission is free, as are samples of the farm’s four grades of maple syrup and 14 cheeses. Their specialty is the Hickory and Maple Natural Smoked Cheddar. The farm also prides itself on the beautiful natural setting of the farm and many visitors say that the scenic drive alone is worth the effort it takes to get there.

The Vermont Butter and Cheese Creamery focuses on European-style butter, goat cheeses, crème fraiche and mascarpone. Consistent winners at international cheese competitions, the creamery uses a network of some 30 local family farms to ensure only the freshest ingredients.

Move beyond goats and cows up in the mountains at Willow Hill Farm, which makes much of its cheese from sheep. The farm also raises certified organic lambs and pigs and opens to the public for blueberry picking during the summer.