Traveling Through Time at 10 Presidential Libraries 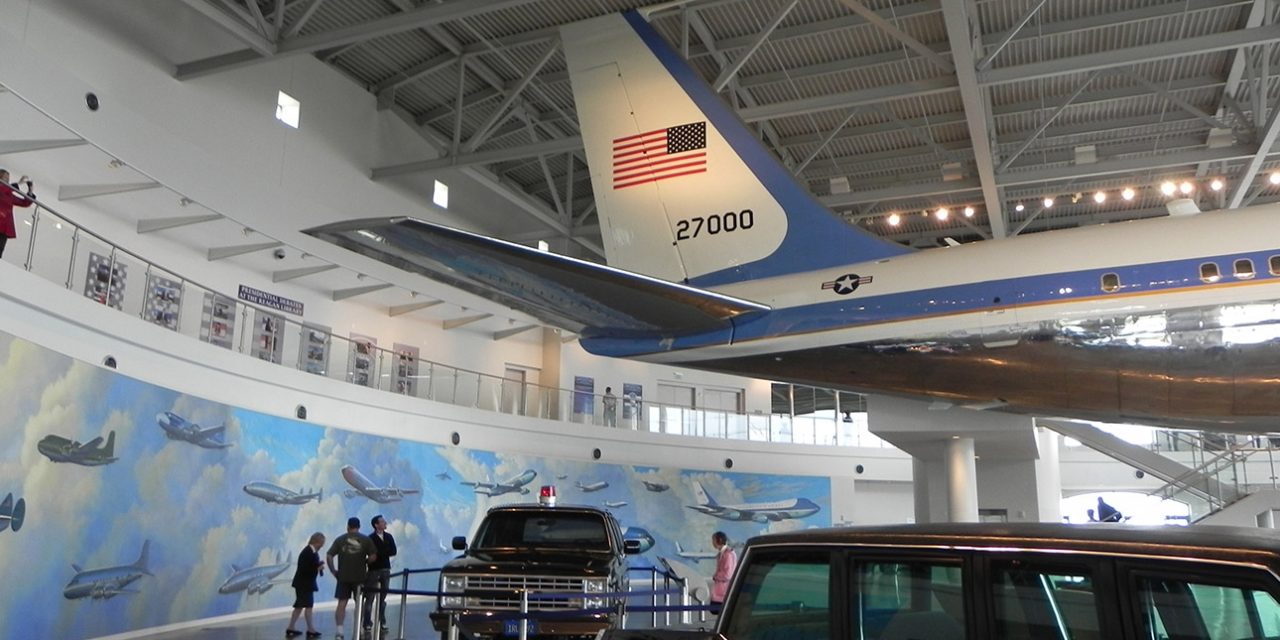 Bring slices of American history to life, one president at a time, at these presidential libraries and museums.

Back in the day, history class wasn’t all that captivating; it seemed like a dry, endless list of names, dates, and places.  But as adults, we often realize that the stories told can be fascinating.  At presidential libraries, travel groups can go behind the scenes at some of the most pivotal moments in history.

Not Just a Library

First off, the term “presidential library” is a bit of a misnomer.  Usually, what we call presidential libraries are much more than collections of books: they also contain artifacts and items from that president’s term in office.  And we’re not talking just personal items, such as clothing or letters; many libraries encompass entire houses that have been restored to match the time, and others feature items like vehicles and aircraft.  Plus, the newer libraries have multimedia exhibits and interactive areas that let visitors experience history “firsthand” (well, almost).  That’s why you’ll usually see presidential libraries formally styled as “Presidential Library and Museum.”

There are over two dozen presidential libraries in the U.S.  It doesn’t take a math major to figure out that there are more presidents than presidential libraries; that’s because up until the time of Herbert Hoover, the documents accrued by a president were his own property.  Some presidents donated their docs to posterity—usually by way of a university—while others kept them private.  In 1939, Franklin Roosevelt became the first president to donate his library to the U.S. government.  In 1955, Congress passed the Presidential Libraries Act, which established a system of federally-funded presidential libraries.  These are overseen by the National Archives and Records Administration (NARA).

Presidential Libraries That Deserve a Spot on Your Group Travel Itinerary

It’s hard to narrow down a list of presidential libraries.  There are lots of options, and an equal number of opinions. For the most part, we’ve chosen libraries based on the time period they cover:  the Civil War, the World Wars, the civil rights movement and more.  But we’ve also thrown in a few surprises to keep things interesting. 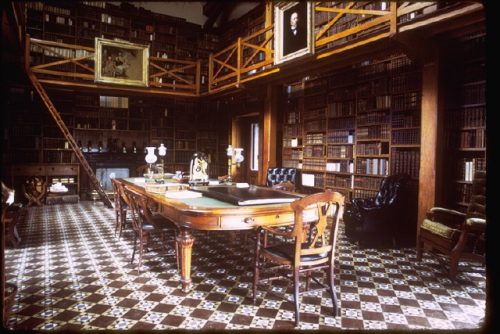 The first library on our list is one of the surprises:  the Stone Library at Adams National Historical Park.  Not only is it not the largest of the presidential libraries, it’s not one of the NARA number.  What it does have is a pair of unique selling points:  it’s believed to be the oldest of the presidential libraries, and it covers the terms of two presidents, the father-son duo of John Adams and John Quincy Adams.

Adams National Historical Park is a collection of buildings with connections to the politically active Adams clan, which included two presidents, two first ladies and a minister to Great Britain.  The library was purpose-built in the 1870s to house a collection of 14,000 books, most of which belonged to John Quincy Adams.  (Why a stone library?  For its fireproof qualities.)  John Adams’ personal library is split between this building and the Boston Public Library.

Other areas of interest in Adams National Historical Park are the birthplaces of John Adams and John Quincy Adams—the oldest presidential birthplaces in the U.S.  The Old House at Peacefield also served as both presidents’ family home, and it remained in the family until 1927.  The Stone Library is located on the grounds of the Old House, which also features a historic orchard and a formal garden.

Good to Know:  Reservations are mandatory for groups. 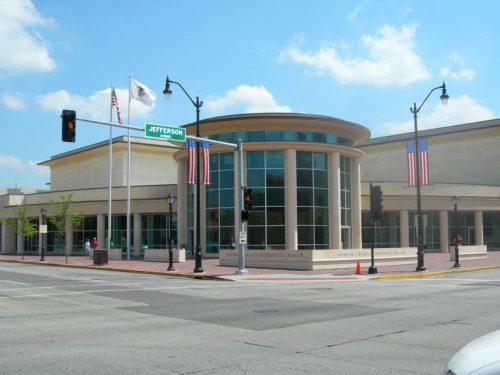 This museum would make any shortlist.  It’s big, covering over three city blocks; it’s popular; it’s interactive; it covers momentous events in U.S. history; and its president is one of the best known.

The Lincoln Museum was designed to be as imagination-grabbing as possible, so don’t expect to see a lot of artifacts.  Instead, visitors are taken on two “journeys”—one during Lincoln’s pre-presidential years and one during his presidency.  These journeys are accomplished through dioramas, reproductions (such as of Lincoln’s boyhood home, his White House and the fateful Ford Theatre) and multimedia exhibits that mimic today’s TV news and analysis.  Other exhibits include the Lincoln family’s personal items, an animated map about the Civil War and two special-effects theater shows.

Good to Know:  Groups should book tours in advance—and be sure to arrive on time, or else you might lose your spot. 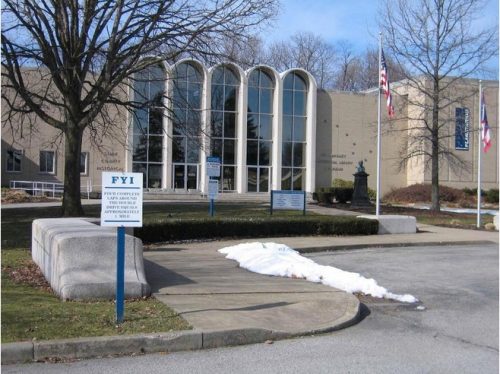 This is another surprise entry to our list.  William McKinley’s presidency didn’t coincide with any major events, but his library and museum have a lot to offer—and not all of it is historical.

First, though, Set featured imagewe’ll start with the history.  The McKinley Gallery showcases the largest collection of McKinley artifacts in the world, including furniture, clothing and campaign memorabilia.  Then, local history is represented by the Street of Shops and The Stark County Story, which follows history for about 200 years.

The other offerings in this museum make it a bit of an all-rounder.  The Keller Gallery hosts changing exhibits, most of which center around the museum’s own collection; however, traveling exhibits from the Smithsonian and other institutions also appear.  Upcoming offerings include showcases of Frank Lloyd Wright and an overview of hats throughout the 20th century.

And we’re not done yet; the McKinley museum also includes Discover World, an interactive science center that stretches from the time of the dinosaurs to a replica Paleo-Indian hut.  To further the science theme, there is an area dedicated to ecology and a planetarium.  Check McKinleyMusuem.org for details. 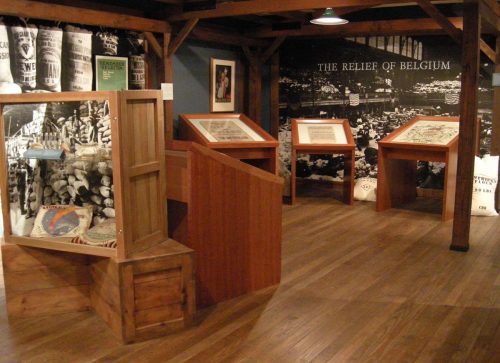 Herbert Hoover served as president from 1929 to 1933—during The Great Depression.  However, his story started years earlier, when he managed mines in Australia and China before turning to politics and public service.  During World War I, he organized relief for starving Europeans and served on the U.S. Food Administration.  After the war, he headed the European Relief and Rehabilitation Administration.  And after his presidency, he again became active in relief efforts, this time in World War II.

This presidential library and museum may not have the same panache as some of the others, but it covers a huge swath of American history.  And the spotlight shines on subjects other than the presidency, including First Lady Lou Henry Hoover, the Girl Scouts, and Laura Ingalls Wilder and Rose Wilder Lane. 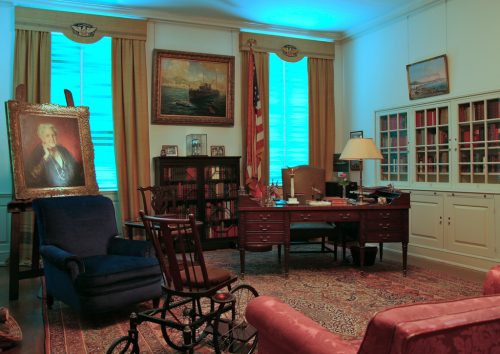 FDR was the first president to create his own presidential library, going so far as to build a separate building on the grounds of Springwood, his family’s Hyde Park estate.  In addition to his personal papers, the library contains items on the U.S. Navy and on local history. In 1972, an addition was added to accommodate Eleanor Roosevelt’s collected papers and other Roosevelt family documents.

As with the Hoover Museum, the Roosevelt Museum covers an important time in history, from the Great Depression to World War II.  Personal items and artifacts abound, and a light is shone upon a few sensitive issues, such as Japanese-American internments during WWII.  Visitors can also experience a recorded Fireside Chat in a period-authentic room and tour a reconstruction of FDR’s White House Map Room. 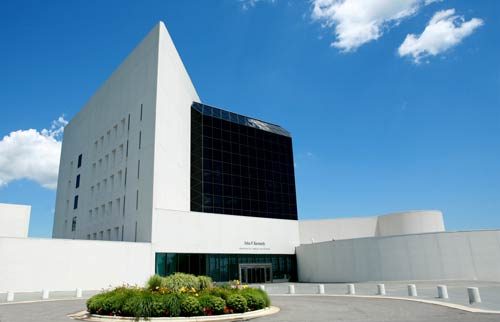 Once again, we have a library that’s easily on anyone’s top-10 list.  Its artifacts catalog is 20,000 items strong, ranging from works of art to handmade furniture to Jackie Kennedy’s fashionable clothing.  It covers an iconic president’s life and the historic events that occurred during his term:  the space program, civil rights, the Cuban Missile Crisis and more.

Your group will find over 20 multimedia exhibits in this I.M. Pei-designed Boston landmark, including exhibits focused on Kennedy’s Oval Office and Jackie and Robert Kennedy’s contributions to John’s success. The museum’s interactive offerings include a timeline of the civil rights movement, the JFK Challenge iPad app and info about the moon landing, and more.  (Even if you can’t make it to Boston, be sure to visit the JFKLibrary.org website; you’ll learn a lot!)

Good to Know:  Groups of 12 or more who pre-schedule a tour get a discount 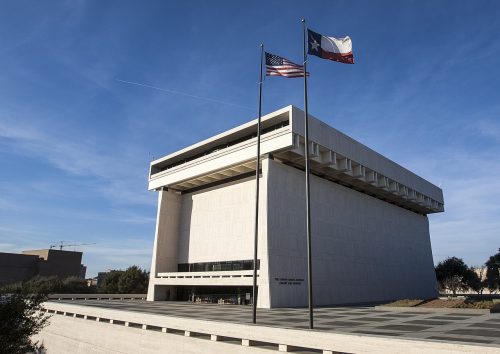 Moving on in history, we come to Kennedy’s successor, Lyndon Baines Johnson.  LBJ’s presidential era spanned the tumultuous years after Kennedy’s assassination, including the heights of the civil rights movement and of the Vietnam War.

You can expect the usual presidential library fare here:  personal items, art masterworks, documents, recorded conversations and the like.  Again, it’s the museum bit that steals the show.  These are presented in a series of galleries devoted to LBJ’s presidential legacy, John F. Kennedy’s assassination, the Vietnam War, a scale representation of the Oval Office, and social justice and Civil Rights. On a lighter note, there are also exhibits featuring the presidential limo and LBJ’s love of humor and stories.

Good to Know:  The LBJ Presidential Library also offers a discount to groups that pre-book their tickets. 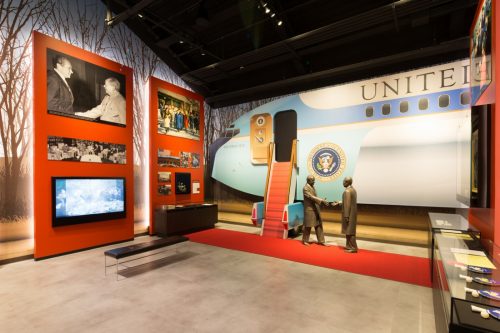 Prior to its 2016 renovation, the Nixon Library and Museum operated outside of the NARA umbrella.  However, with the redesign came new life to this museum, and it now features several memorable interactive exhibits — as well as a Sea King Helicopter and Nixon’s boyhood home.

Some of the more unique items include bronze figures of world leaders, a replica of a Soviet missile and a 12-foot-high section of the Berlin Wall.  Nixon’s political career is the focus, including his famous trip to China, his vice-presidential years and the infamous Watergate scandal.

This museum has been praised as being very “Millennial-friendly,” with an abundance of touch screens and plenty of knowledgeable docents to help visitors make sense of the events under examination. 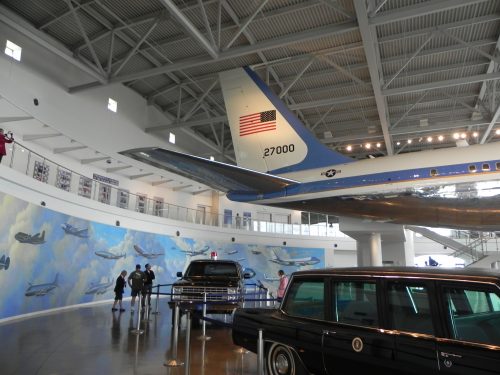 The Ronald Reagan Presidential Library is the largest of the presidential libraries; one of its main attractions is the actual Air Force One that Reagan and his some of his fellow presidents used.  The museum’s 18 galleries include six interactive games, the chance to “act” in a movie with the president (in his pre-presidential Hollywood days), read a digital copy of Reagan’s diary and “ride” a horse on the president’s ranch.

The museum also hosts various special exhibitions; the current one features an in-depth look at Genghis Khan, who was named “Man of the Millennium” by Time magazine.  Part recreation and part exploration, this event features hundreds of artifacts from Genghis’ 13th-century heyday and a daily cultural live performance. 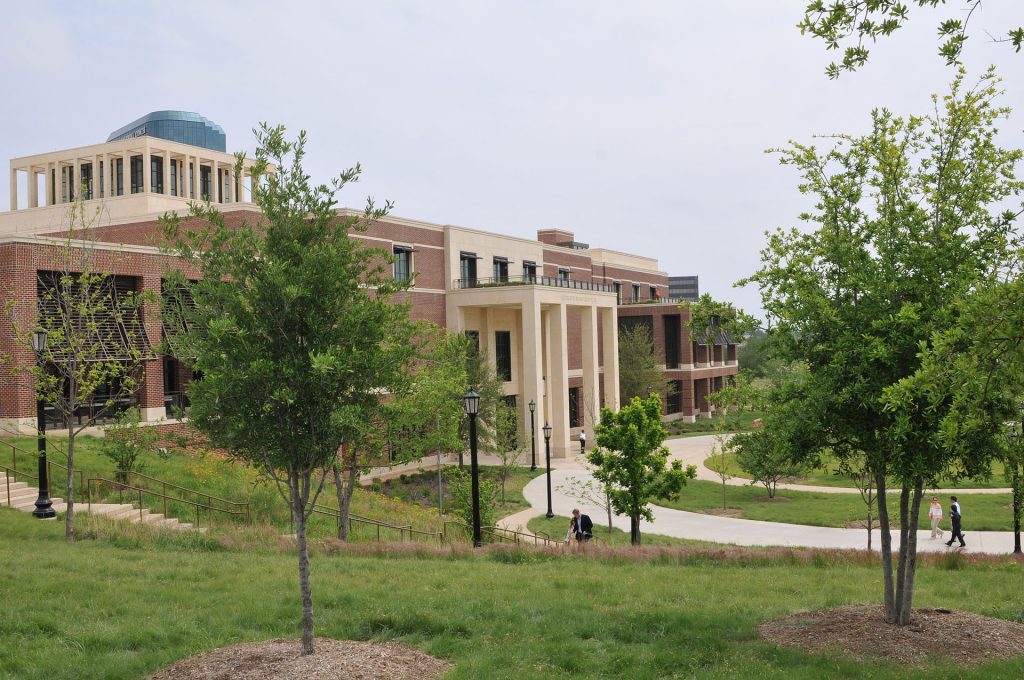 First Lady Laura Bush is known as an advocate for education, so it’s no surprise that the George W. Bush Presidential Library and Museum is especially great for families and groups containing lots of kids.  There are several materials that you can download online before your trip, and there are many interactive exhibits to hold kids’ attention once they arrive.  These include a behind-the-scenes look at life in the White House (including pets), a reproduction of the Oval Office and a 20-foot-tall LED screen that ponders the meaning of freedom in a very multi-media way.

The major event most associated with the Bush presidency was the 9/11 attacks.  These are given full attention here, with artifacts from Ground Zero, a memorial, and many other projects that document that tragedy and the world’s reaction to it.

For a change of pace, the George W. Bush Museum also includes a native Texas park, which preserves the area’s natural environments and gives visiting groups a chance to appreciate what the Dallas area looked like in its pre-urban state.

Any presidential library and museum is worth a visit, but if you’re looking for venues that engage entire groups with multimedia and interactive experiences—or if you want to cover a lot of history in just one place—start with any of these 10.