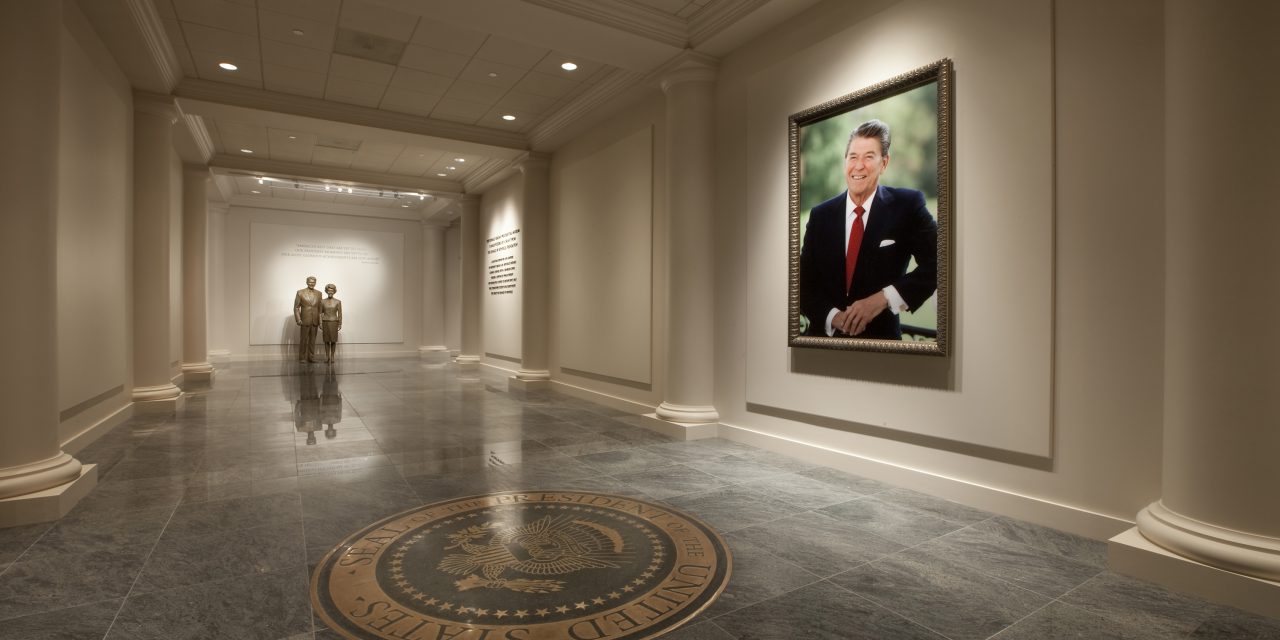 Perched on a mountaintop with incredible views of the surrounding mountains, valleys and the Pacific Ocean, the Ronald Reagan Presidential Library in Ventura County, California is one of the country’s most picturesque destinations.

The library’s 300-acre site, about 45 miles from Los Angeles International Airport, represents the “shining city on a hill” which was often referenced by President Ronald Reagan and appropriately serves as the final resting place of the nation’s 40th president.

How many can say they’ve stepped aboard the same presidential aircraft that took Ronald Reagan all over the world? After visiting the Ronald Reagan Presidential Library, groups will be able to add that to their list of accomplishments when they tour the Air Force One exhibit. This flying White House, tail number 27000, served seven U.S. presidents from 1973 to 2001. For Ronald Reagan, this was the plane where he hand-wrote many of his speeches, signed important legislation and even officially started a NASCAR race via phone. 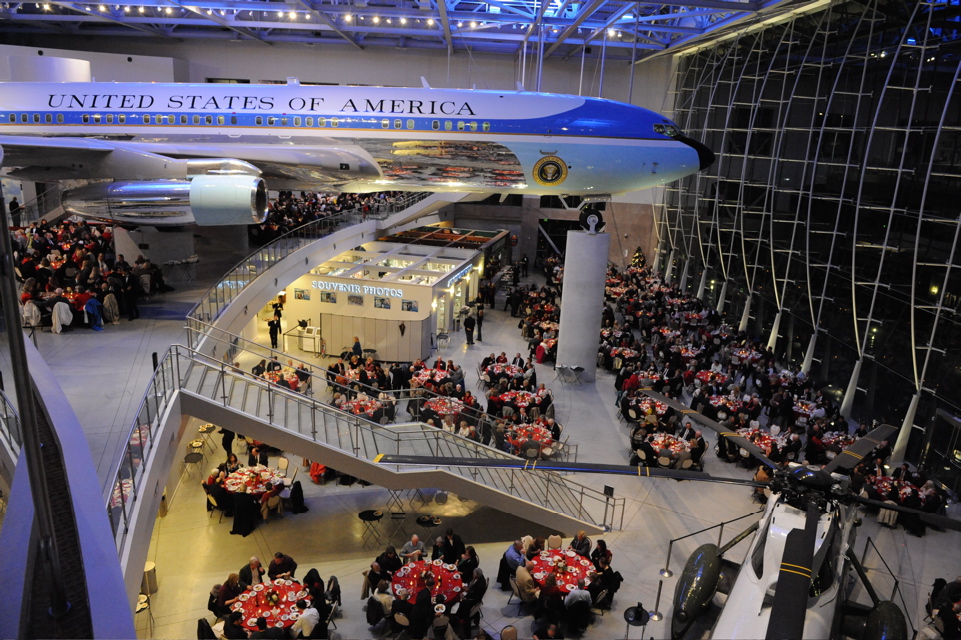 While in the Air Force One Pavilion, groups can view one of the presidential limousines and Secret Service vehicles. Check out the Irish Pub from Ballyporeen, Ireland that Ronald Reagan visited during a diplomatic trip in 1984—it now serves as the library’s snack shop. Explore the 120-foot mural representing all 22 aircraft that have ever flown a U.S. president. And take a quick tour of the Marine One helicopter on which President Johnson flew.

The Oval Office today is a symbol of the American presidency, and its re-creation here gives visitors a moment to ponder the power and responsibilities of the president. This room is a full-sized reproduction of the Oval Office as it appeared during Ronald Reagan’s presidency.

Another permanent exhibit is The Berlin Wall. The Iron Curtain took shape after World War II as a fortified border between the nations of Eastern and Western Europe. As an idea, the Iron Curtain stood for the profound division between communism and democracy. Ronald Reagan took on the enormous challenge of bringing down the Iron Curtain. You will learn all that and more in this fascinating exhibit. 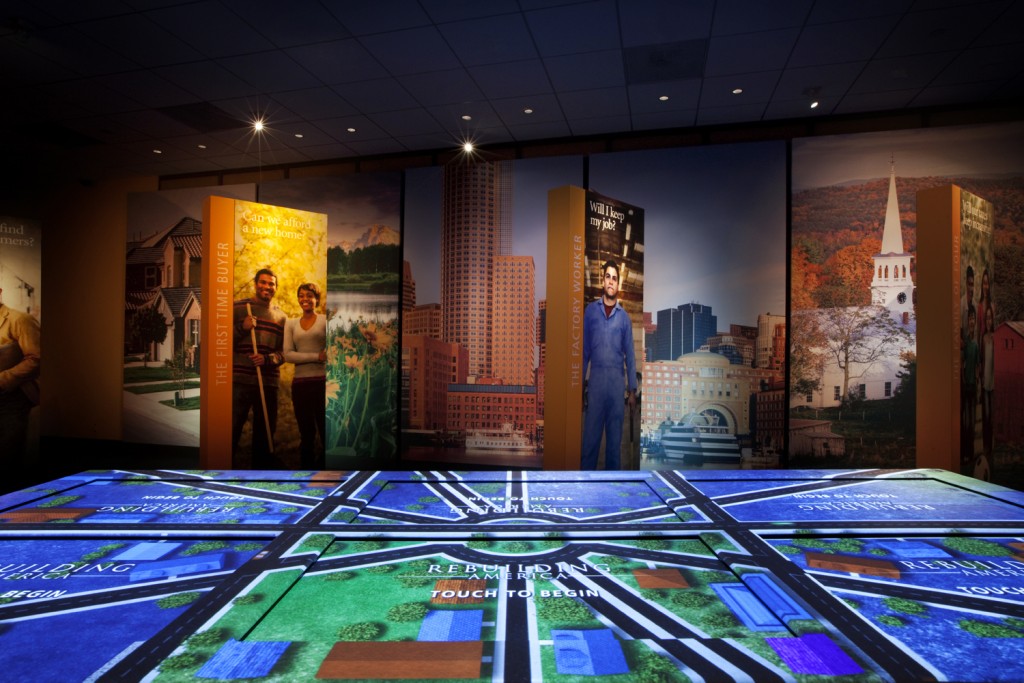 The First Lady exhibit features Nancy Reagan, who on January 21, 1981, stepped into the role of First Lady and found herself immersed in the pressures and demands of the position. Overnight, she became the nation’s hostess, the White House social director, an international ambassador and a model for wives, mothers and women across the country. Nancy Reagan was also the president’s closest confidante and staunchest defender. She took on special causes of her own including her campaign against drugs, “Just Say No.”

WHAT WILL YOU LEARN ABOUT THE REAGAN PRESIDENCY?

Naturally, a visit to the library will focus on the eight years of his presidency. And while the Ronald Reagan Library and Museum is the largest Presidential library – containing millions of documents and photos, thousands of audio and video tapes, tens of thousands of artifacts, and hundreds of thousands of feet of motion picture film in its 153,000 square feet – it’s not all simply look-but-don’t touch exhibits. Among the interactive features:

The Reagan Library is also host to community events, such as book signings, lectures and concerts. Its Center for Public Affairs was the scene for a presidential candidate debate in 2008, among many other things. 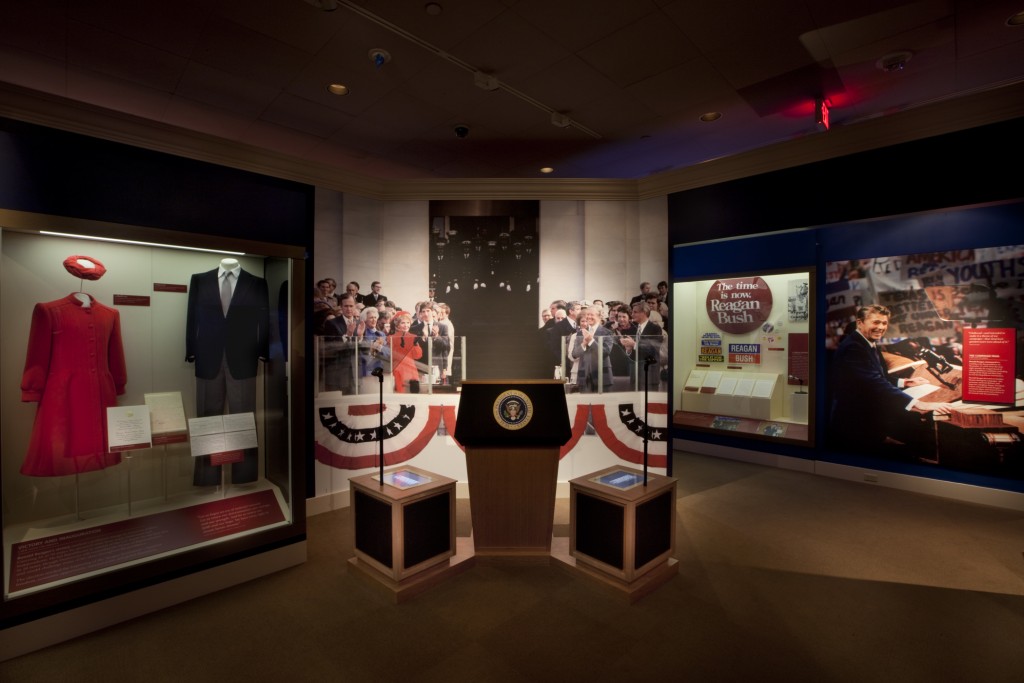 WHAT WILL YOU LEARN ABOUT RONALD REAGAN?

As you move through the museum’s many galleries, you’ll learn about Ronald Reagan’s Midwestern roots — he was born in Illinois — his personal convictions and his varied careers. By the 1960s, he was active in politics and was elected to the governorship of California in 1966 and again in 1970. By 1980, he became the oldest person to be elected as president of the United States.

Here are some fun facts that visitors to the Reagan Library will find out: