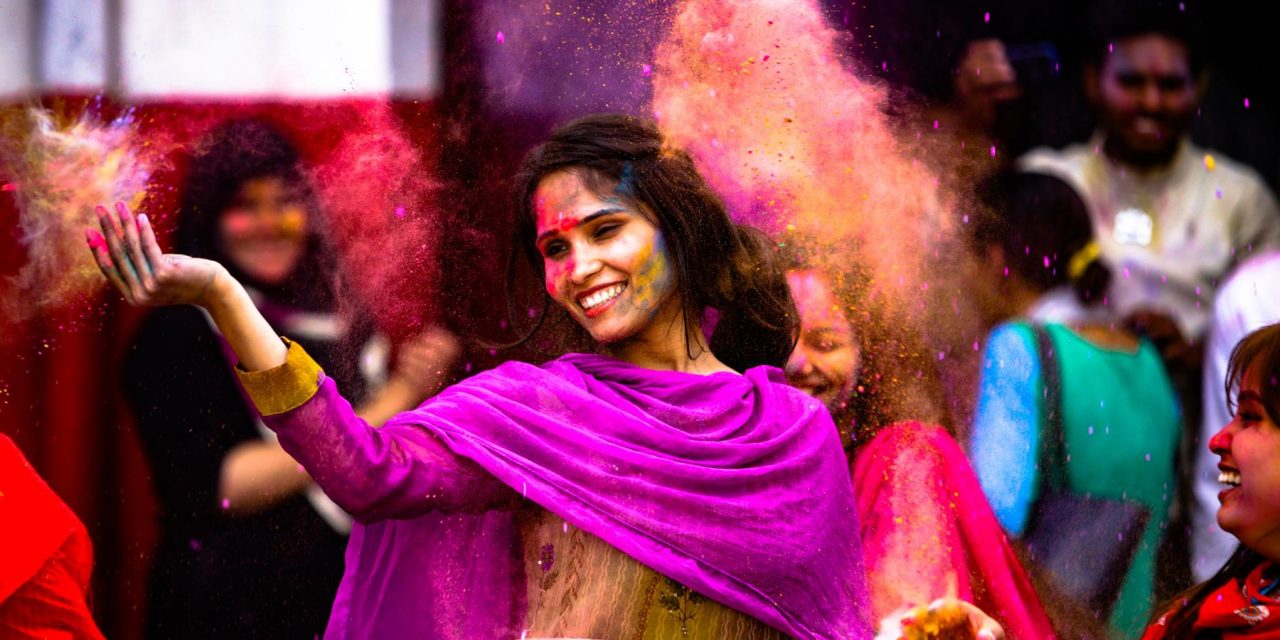 A good party draws a crowd. That’s certainly true of some of the world’s top religious festivals. Several countries and cities host celebrations that bring thousands—even millions—of people together for spiritual enlightenment and communal prayer. Throw in colorful parades, immaculate feasts, and non-stop excitement, and it’s clear why so many religious groups journey around the world to experience these holy events.

What is a religious festival?

Spiritual events celebrate an important period in a specific religion. These annual celebrations generally center around a significant moment in a faith’s history. Nearly every belief faction has a notable time in the calendar or lunar year that they honor with a special festival. While these religious commemorations tend to bring together the worshipers of that religion, members of several other groups also attend, curious to learn how differing creeds show respect for their religious heritage.

Dia de los Muertos, or The Day of the Dead, has its roots in Catholicism. It is a time when the living can connect with the spirits of family members that have passed on. Families build stunning altars in their homes where they offer food and flowers to their relatives. But the celebrations are not just held in private, they have emerged from homes and graveyards to the streets and city centers.

Officially recognized every year on November 2, Dia de los Muertos has grown into a weeklong event in Mexico City. Parades are held nearly every day, with participants painting their faces in the symbolic skeletal designs that have become synonymous with the holiday.

Considered India’s largest festival, Diwali is a major Hindu celebration spanning five days. Millions of people all over the world celebrate Diwali, usually held between mid-October and mid-November. While mainly a Hindu festival, it is also acknowledged by Jains, Sikhs, and Newar Buddhists, despite holding slightly different historical significance for each. Regardless of religious background, the festival’s main message rings true to everyone: The victory of light over dark, good over evil.

Diwali can be celebrated everywhere, but India hosts the most elaborate parties every year. The Festival of Lights features mouth-watering feasts, joyous community gatherings, and fireworks displays in most cities. Groups can watch as artists create impressive sand designs called rangoli and see people light thousands of oil lamps and candles, a symbolic prayer to Lakshmi, the goddess of prosperity.

Another popular Hindu festival, Holi, is called the festival of love, uniting people from all over the world despite their differences. Since Holi also celebrates the transition from winter to spring, color plays a big role in the festivities. In fact, its more common name is the festival of color. Those visiting during the festival will often see children and adults sprinkling each other with colorful water or bright shades of gulal, colored powders used in Hindu rituals.

Be prepared to dance the night away during Holi Celebrations. Both India and Nepal host Bollywood-style dance parties where crowds of people throw buckets of powder, filling the air—and covering bodies from head to toe—in a rainbow of color.

Obon is a Buddhist celebration known as the Festival of Souls. Usually held in July or August, Obon is believed to be the time when ancestors’ souls return to visit their living relatives. The three-day festival consists of many different traditions. Families hang paper lanterns at the graves of their families to guide the spirits home, lay offerings of food and gifts at the gravesites, and perform the Bon Odori dance. At the end of the festival, families use the lanterns to lead the spirits back to the grave.

Carnival is one of the biggest events in the Christian religion and is celebrated all over the world. One of the biggest parties, however, can be found in Rio de Janeiro, Brazil. The festival takes place in February or March and attracts millions of visitors looking to commemorate the five days leading up to Lent, including the most popular, Mardi Gras.

Groups attending Rio Carnival should be prepared for unmatched energy and entertainment every day of the festival. The electrifying Sambadrome Parades showcase Rio’s top samba schools, dressed in sequined costumes and feathered headdresses. Intricately designed floats march down the road blasting samba music, invigorating the crowd and the parade participants.

Considered one of the biggest Easter festivals in the world, Semana Santa, or Holy Week, is held throughout Spain to honor the Passion of Christ. The story of Jesus Christ’s trial, sentence, crucifixion and resurrection are told through impressive reenactments and street processions.

Nearly every city in Spain has traditional Semana Santa events, but the region of Castilla-Leon is said to have the most genuine happenings. In the parades, city brotherhoods carry heavy floats during the long parades, allowing them to get a feel for what Christ experienced as he carried the cross.

Known as the Thai New Year, the Songkran Festival is one of the country’s most important events. It marks a time of gratitude, prayer, and cleansing. In many cities in Thailand, people carry Buddha images through the streets, allowing citizens to bathe them with fragranced water as a symbol of gratitude and respect, and to bring good luck in the New Year. Many people also cleanse themselves with water, washing away past sins and bad memories.

The festival takes place across the country, with some cities hosting parades and feasts filled with traditional foods. In some areas, young people use water guns to wash themselves, a modern way to keep the traditions alive.

While it may be an excuse to drink a lot of Guinness on March 17, St. Patrick’s Day is a Christian holiday honoring the patron saint of Ireland. St. Patrick spent his life spreading the word of Christianity around the island, preaching, baptizing, and building churches. It’s a day intended for spiritual renewal. Today, St. Patrick is honored with energetic parades of green, orange, and white.

In Ireland, there are celebrations in nearly every city. Dublin hosts the largest of these parties, with a theatrical parade that runs through the city. Visitors can also experience events from Waterford to Belfast, each holding their own unique festivities.