Of the 16 recognized music genres, seven call Tennessee home. Talented musicians from around the world practice their craft in studios by day and play their favorites in the evening. Here are a few spots to hear the music style you’re into and options to fill that tour itinerary.

The 2,632-seat Ryman Auditorium, built in 1892, is a National Historic Landmark. Considered the “Mother Church of Country Music,” it was home to the Grand Ole Opry from 1943-1974. Now, with more than 200 shows a year, the Ryman stage offers a diverse lineup of mega stars and is a coveted gig for up-and-coming musicians. Tours are available.

The Grand Ole Opry is a live, weekly country music show. A Gaylord Entertainment production, it is the longest-running radio broadcast in U.S. history. There’s country, bluegrass and gospel music with performances by eight different acts during an evening’s show. Enjoy performances by established acts, up-and-coming talent and occasionally an appearance by an industry superstar. Arrive early for a backstage tour with a reservation.

Catch a 6 p.m. early show at The Bluebird Cafe, a singer-songwriter haven. Performers showcase their talent playing “in the round.” It’s a small venue so you’re encouraged to get tickets well in advance. The venue sells out regardless of who’s playing.

Schedule a fun evening out with a visit to one of Nashville’s famous honky-tonks, where many country music legends got their start. In addition to country, you can hear rock and roll, jazz and blues at venues throughout the city.

A visit to Nashville is only complete with a tour of the Country Music Hall of Fame and Museum. The 350,000-square-feet of stateof- the-art galleries and exhibits include the 800-seat CMA Theater and legendary letter-press operation, Hatch Show Prints. The Hall can arrange group tours of Historic RCA
Studio B, Nashville’s most famous recording studio. Other tours include“Wall Candy,” “Sharing the Art of Songwriting” and “Stories Behind the Songs.”

For fans of the man in black, a visit to the Johnny Cash Museum is a Nashville must. The downtown museum houses the largest collection of Cash memorabilia. (visitmusiccity.com)

The Beale Street Entertainment District in the heart of Memphis contains three blocks of nightclubs, restaurants and shops. B.B. King, Louis Armstrong, Muddy Waters and other legends played these same clubs. Through an act of Congress, the street was named Home of the Blues and a National Historic Landmark. If you love music and find yourself in Memphis, Beale Street is the place to begin. The New Daisy Theatre, located on the north end of the street, recently marked its 75th anniversary.

The Orpheum Theatre features everything from Broadway productions to concerts to comedians. The highlight of any Memphis summer is one of the 50 free concerts at the famous Levitt Shell, built in 1936 as a WPA project. Elvis Presley was center stage in 1954. Now the Shell hosts the best blues, jazz and rock.

There are numerous itinerary options for music lovers in Memphis. The Gibson Showcase Factory Tours is an unforgettable visit to see skilled luthiers craft the instrument most associated with pop music. Seven galleries created by the Smithsonian Institution chronicle Memphis’ musical connection to the world at the Memphis Rock n’ Soul Museum. At the Memphis Music Hall of Fame and The Blues Foundation’s Blues
Hall of Fame you’ll view the famous and not so-famous who impacted our music.

On the original site of Stax Records, the Stax Museum of American Soul Music pays tribute to the music made famous by Otis Redding, Aretha Franklin, Isaac Hayes and many other artists. Sun Studio, the recording studio called the “Birthplace of Rock and Roll,” shares the stories of legends Elvis Presley, Johnny Cash, Jerry Lee Lewis and others. (memphistravel.com) 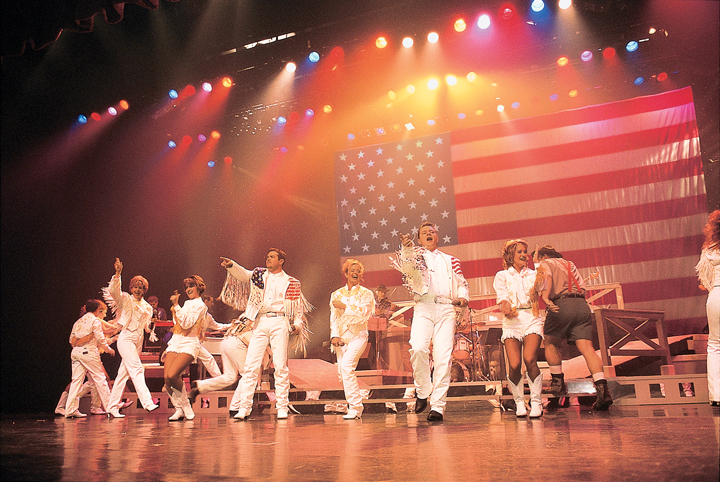 It may be an understatement and a cliche, but the Pigeon Forge entertainment scene has something for everyone. This Smoky Mountains entertainment destination features 13 theaters with more than 15,000 seats and 20 shows.

The award-winning Country Tonite Theatre will begin its 21st year in 2019. Singing, dancing, comedy, gospel and patriotism are presented by a talented cast. If you enjoy action entertainment, Paula Deen’s Lumberjack Feud features 11 high-energy competitive events as the Dawson and McGraw families bring their best lumberjacks. Catch the PattyWaszak Show or Red Skelton Tribute at the new Rocky Top Theater.The Tribute Theater is home to the life and times of Patsy Cline and other great classic artists.

Bring your appetite and be ready to be entertained at one of Pigeon Forge’s six dinner theaters, with more on the way. Entering its 25th season, the Comedy Barn Dinner & Show serves an evening of good clean comedy along with a delicious five course dinner.The Biblical Times Dinner Theater takes guests on an epic bible story along with an epic feast. Dolly Parton’s Stampede Dinner Attraction brings 32 riders together for top-notch events culminating in a patriotic, red-white-and-blue conclusion. A four-course country-style feast makes the Stampede a restaurant and show like no other. The Grand Majestic Theater is home to three fantastic shows – Soul of Motown,Hit Parade and Hazzard Hoedown – each with an all-you-can-eat dinner buffet. There’s feudin’, feastin’ and fun at Hatfield & McCoy Dinner Feud. You’ll be part of the legendary feud along with the singing, dancing and comedy on stage. The Great Smoky Mountain Murder
Mystery Dinner Show is an interactive who-dunnit with a five-course meal. (mypigeonforge.com) 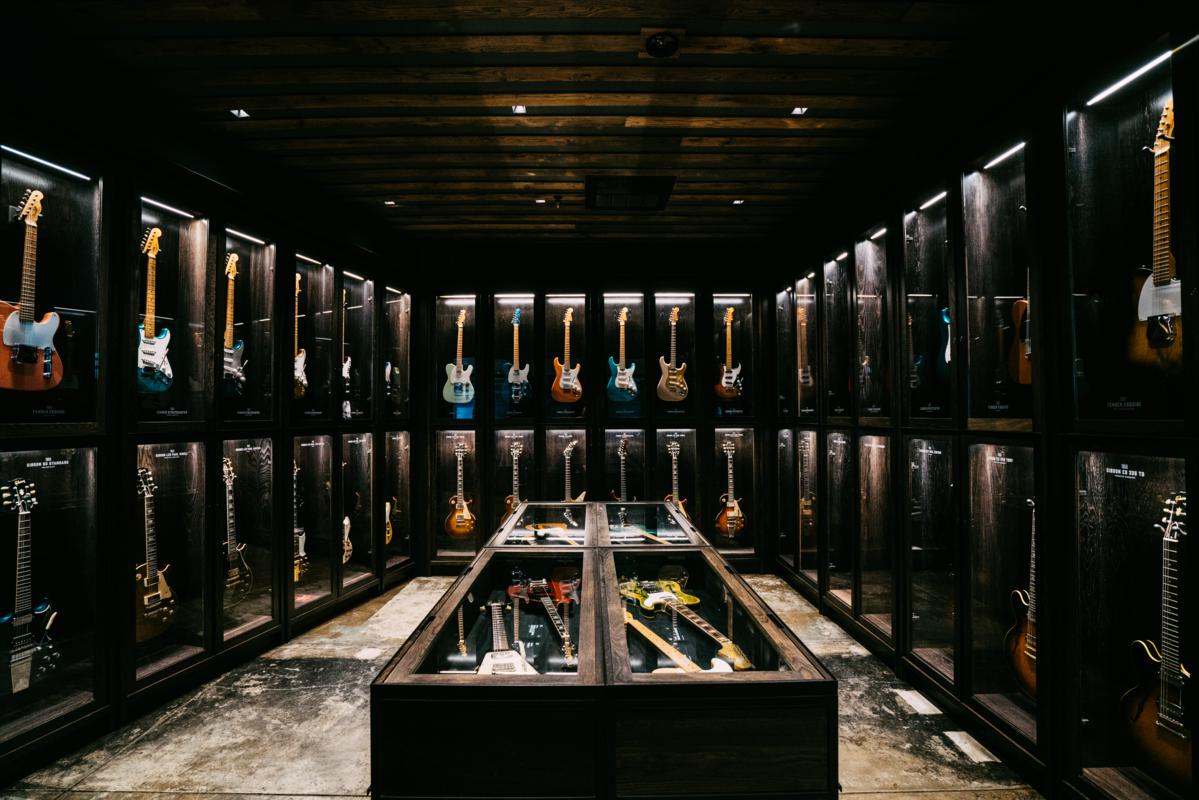 Like so many communities’ classic movie theaters, the reborn Tivoli Theatre has become the center of Chattanooga’s cultural life. Home to the Chattanooga Symphony and Opera Association, it attracts a wide
variety of visiting artists, from blues to bluegrass to classical and country. Dance, opera and Broadway also grace the Tivoli stage.

Next to the iconic Chattanooga Choo Choo Hotel you’ll find Songbirds Guitar Museum. Two stages make this site a premier concert spot. The North Stage seats 200 in an intimate listening room. The South Stage with a 500-guest capacity is perfect for a larger concert experience. (chattanoogafun.com)

A magnificent venue, the Tennessee Theatre opened its doors in 1928 as a movie palace. After up and down years, it switched from a single screen to a performing arts center following $25.5 million in restorations, reopening in 2005. Listed on the National Register of Historic Places and designated the Official State Theatre of Tennessee, the showplace is home to the Knoxville Symphony and Knoxville Opera. It hosts numerous University of Tennessee cultural attractions, plus concerts by top acts and regular classical music, dance and Broadway performances. (visitknoxville.com)

Another early 20th century movie palace, the Paramount Center for the Arts has been restored to its original glory.With great sightlines from all 756 seats, the Paramount attracts national touring acts, comedians, Broadway shows and the best local talent. The venue plays a significant role in the annual Bristol Rhythm & Roots Festival (September 20-22, 2019).

When visiting Bristol, a must see is The Birthplace of Country Music Museum. The Smithsonian Institution affiliate tells the story of the 1927 Bristol Sessions through the musical heritage that’s alive today. Multiple
theater experiences, interactive displays, artifacts and rotating exhibits enhance the visitor’s experience. (discoverbristol.org)