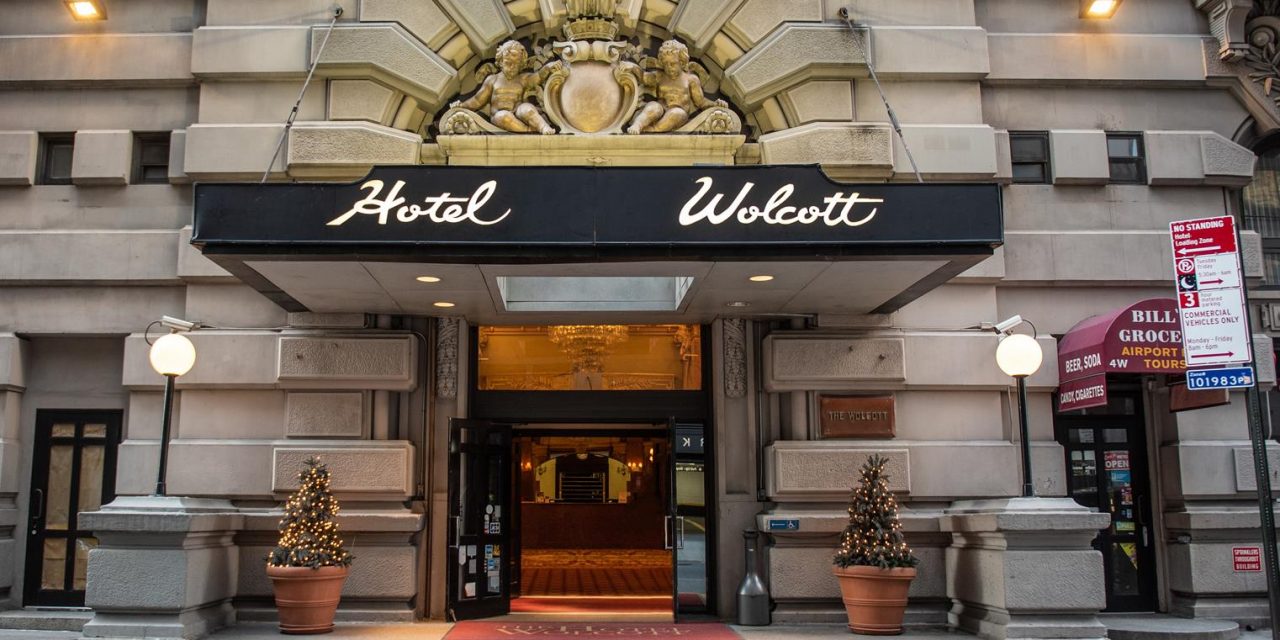 With its mirrored walls, elaborately sculptured decoration and marble pillars topped by gilded Corinthian capitals, the lobby seems more like a French palace than the entrance to a modestly priced hotel. Its chandeliers, brass sconces and gargoyle-like reliefs add to the aura of grandeur that captivates budget-minded travelers from all corners of the globe. 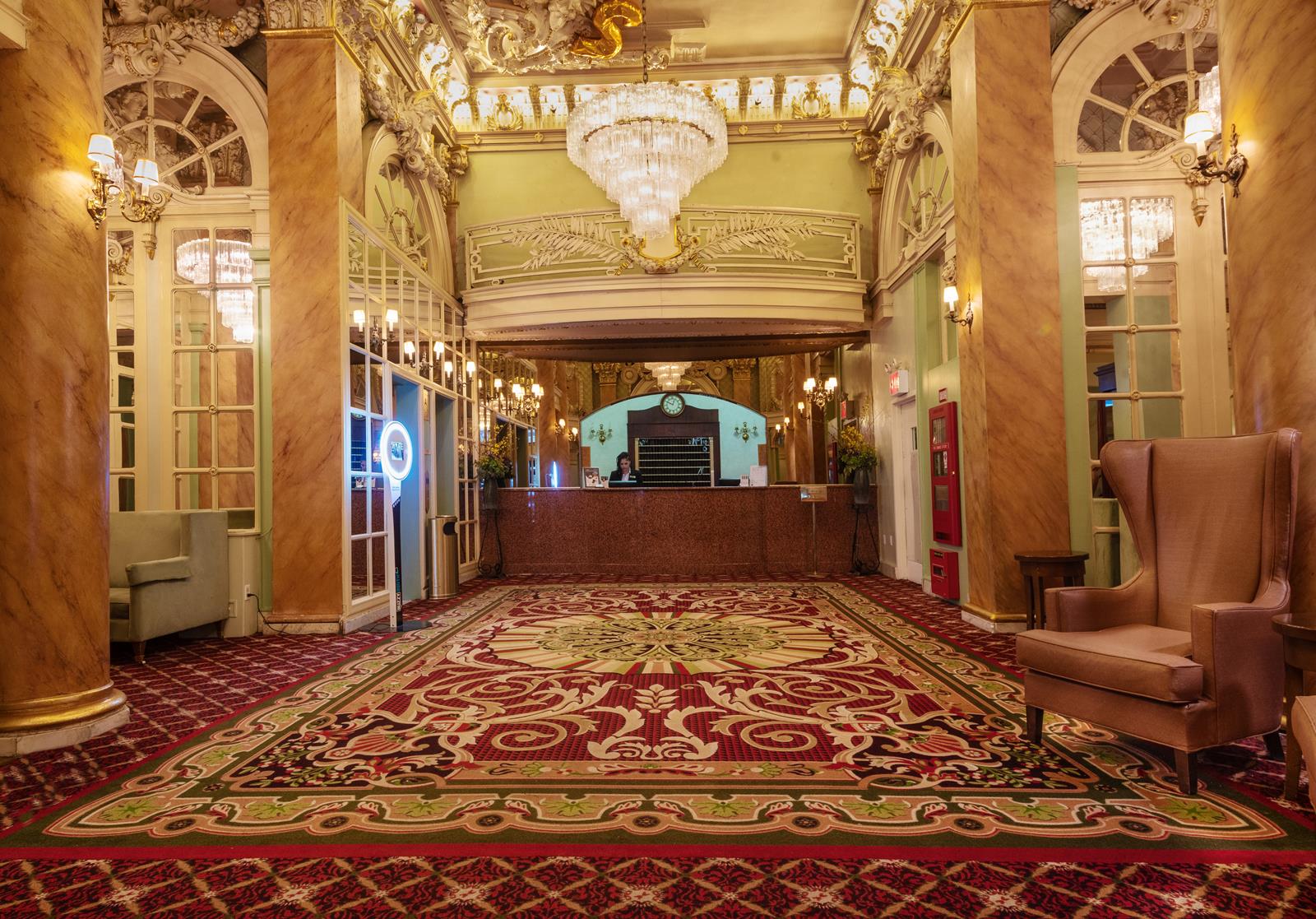 Walking into New York’s 200-room Hotel Wolcott is like going back to an era of elegance, a time when the Morgans, Astors and other moneyed families ruled Manhattan society. But, as a French travel guidebook notes, “don’t be intimidated by the elegant and enormous lobby—the prices are still affordable.”

Despite the lobby’s lavish trappings, there is nothing extravagant about the Wolcott’s room rates. “Affordable never looked so good,” the hotel’s brochure states. 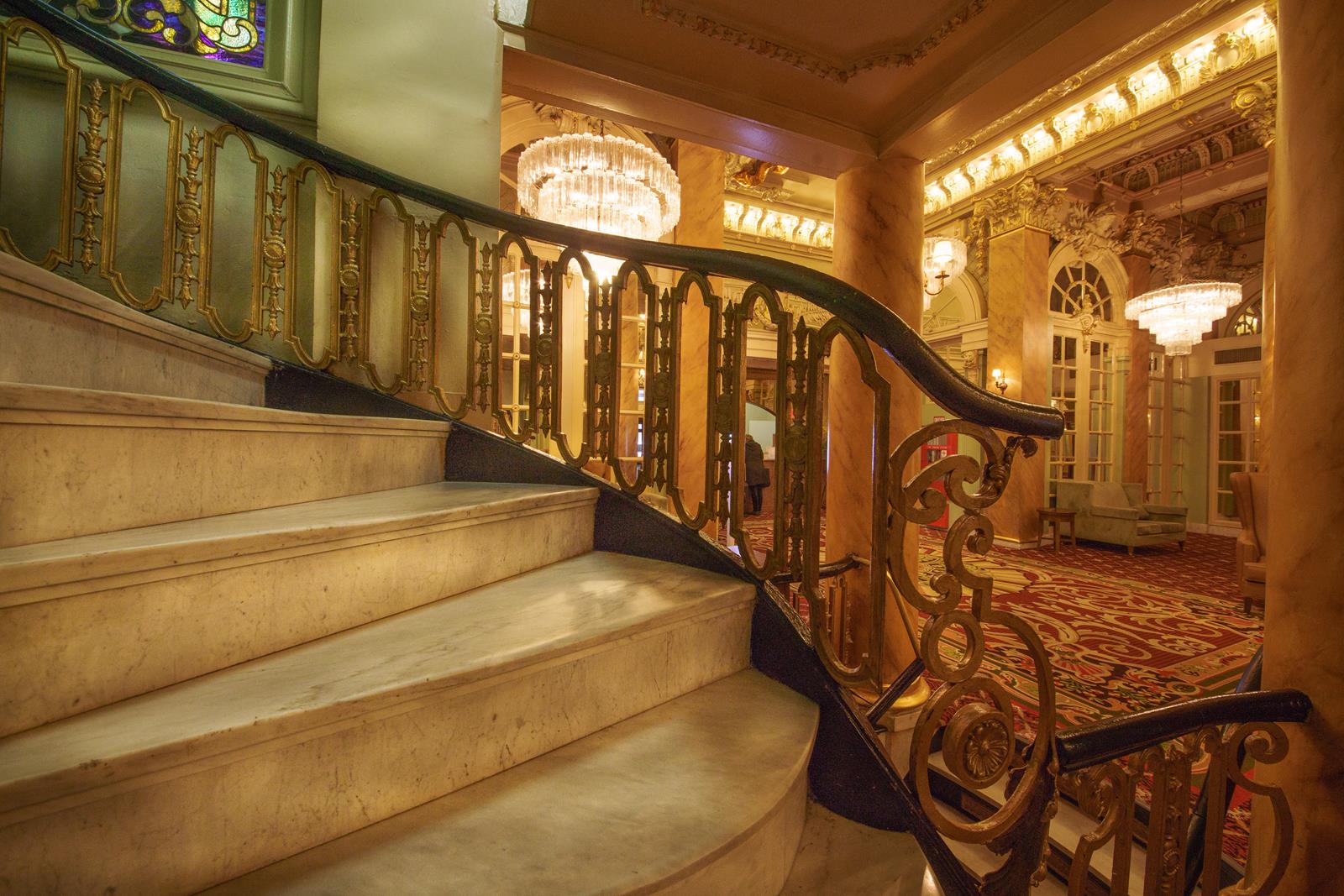 Though the Wolcott has changed in many ways since the rich and famous frequented its lobby, dining room and ballroom, it has kept up with the times and offers all the comforts and amenities that today’s travelers expect. Guest room configurations and decor have been altered over the years, but many rooms retain much of their original detail. A bit quirky, the treasured landmark is certainly full of character.

Opened in 1904, the Wolcott reflects the bold Beaux-Arts style of architecture popular at the time, a style known for its exuberant, super-scaled ornamentation. It was designed by John H. Duncan, one of the era’s premier architects. He did townhouses for wealthy families in the neighborhood and also designed a top tourist attraction at the end of the 19th century—Grant’s Tomb. The hotel was named for Henry Roger Wolcott (1846-1921), a businessman, politician and philanthropist. 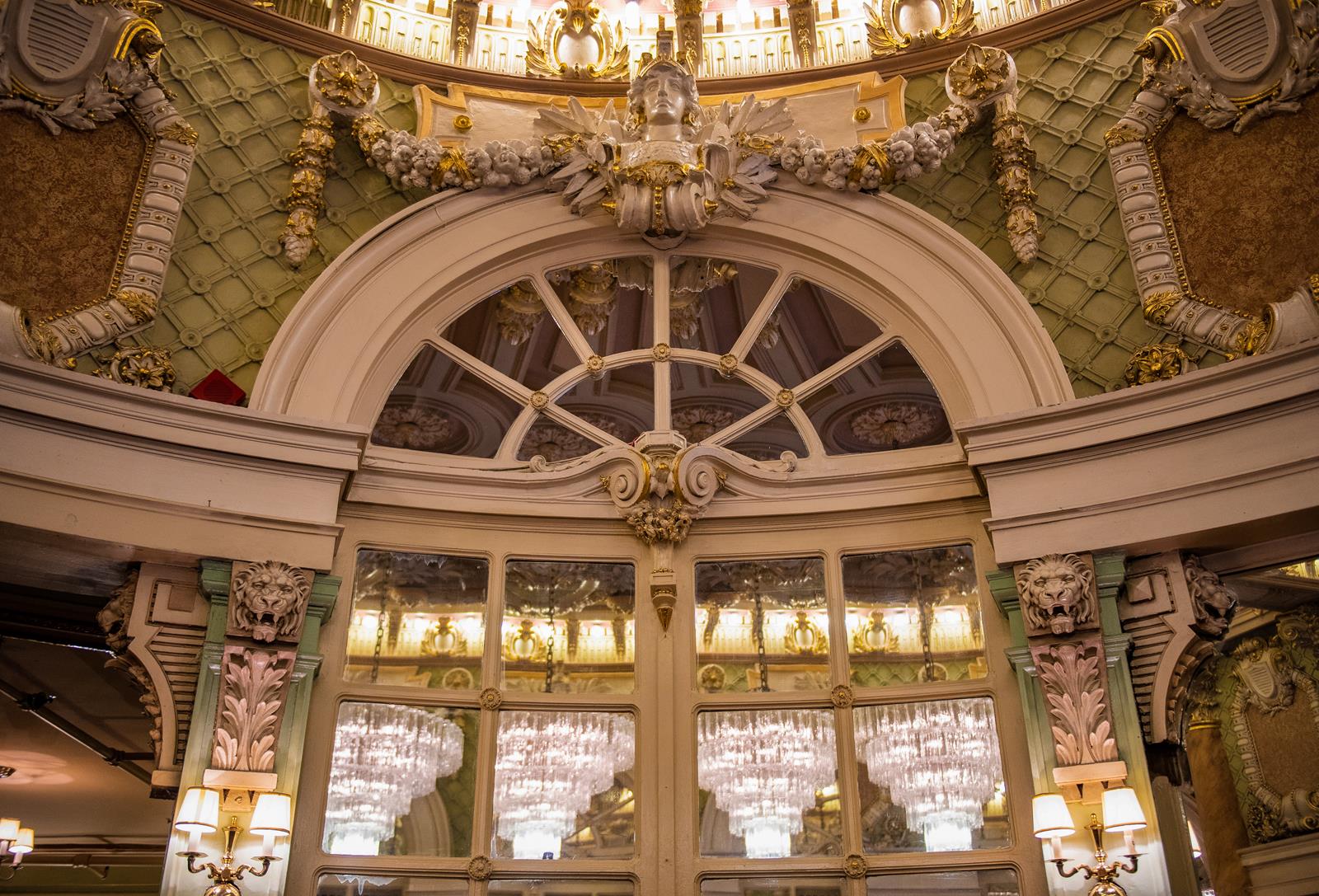 One of New York’s oldest continuously operated hotels, the Wolcott is located on West 31st Street near Fifth Avenue, three blocks south of the Empire State Building in what today is the NoMad neighborhood in Manhattan’s Midtown East. In 1904, when room rates were $3 a day, the area was the pinnacle of New York class and culture.

Though other hotels have eclipsed the Wolcott in prestige (and price), the grande dame offers a nostalgic whiff of history that few Manhattan properties can match. You get a taste of its celebrated past in the little museum room off the plush- carpeted lobby.

A Slice of History

Among the hotel’s illustrious guests in the early 1900s were authors Mark Twain and Edith Wharton. Dancer/choreographer Isadora Duncan was a long-term resident when performing in New York. Many survivors of the Titanic recovered at the Wolcott. In the late 1950s, rock and roll’s Buddy Holly and Everly Brothers singing duo stayed there when recording at Beltone Studios, located downstairs in the hotel. 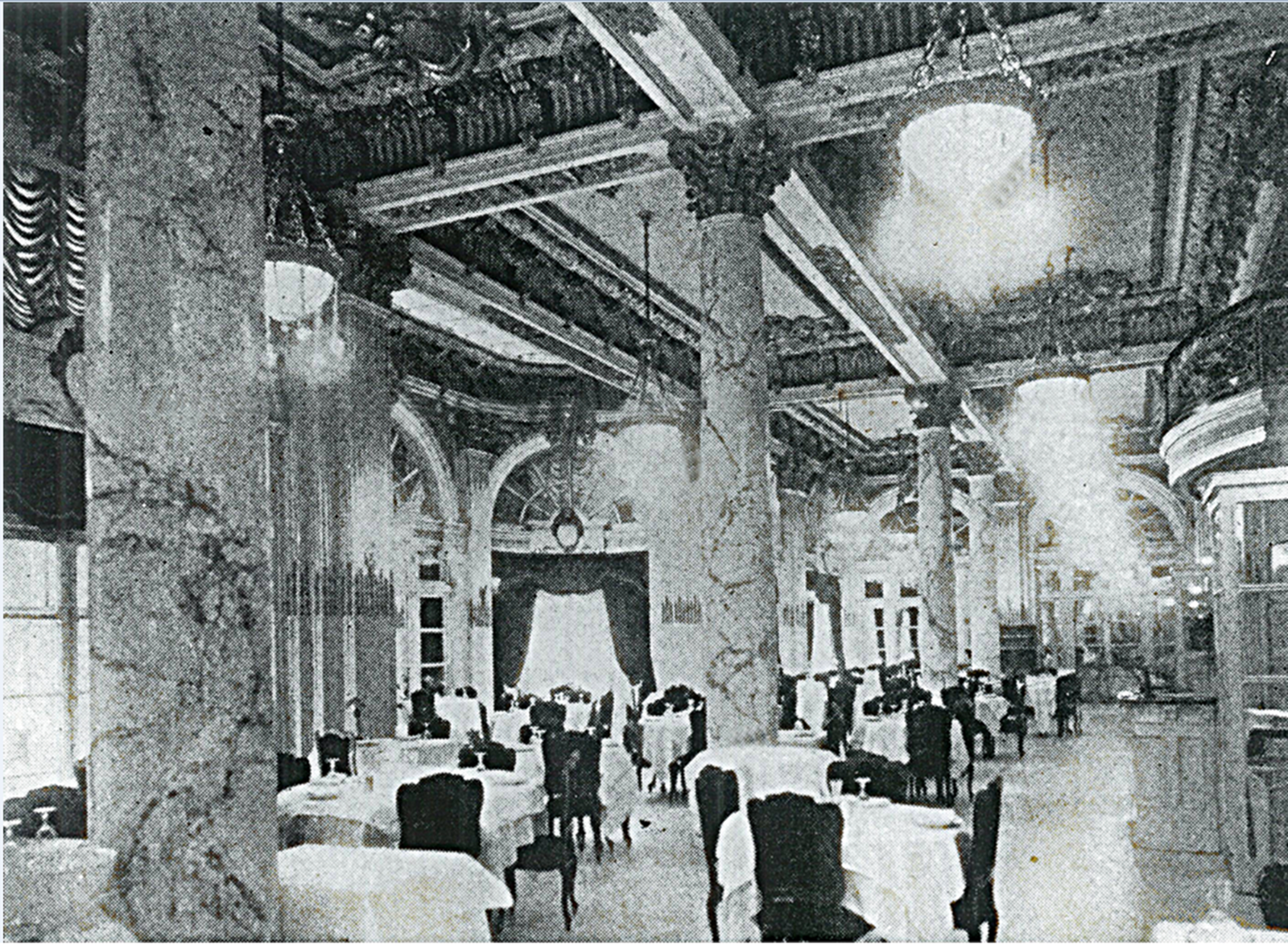 In 1938, the Wolcott hosted the inaugural ball of New York Mayor Fiorello La Guardia. The old dining room/ballroom, in all its faded glory, is still there, but most guests never see it. Luckily, when I went to retrieve stored luggage before heading off to the airport, I got a glimpse of the lonely room with its gilded columns and ceiling ornamentation, music balcony and mosaic floor.

Exhibits in the museum nook include hand-written postcards, a 1900 portrait of Henry Wolcott and a 1904 letter by Mark Twain on Wolcott stationery. A 1949 hotel brochure says the rooms are “equipped with radio (television if you desire).” A poster showcases the 1963-64 edition of Frommer’s New York on $5 a Day, which declares the Wolcott the “best budget hotel in the Herald Square area.” (The hotel today appears as a budget choice in many leading guidebooks.) 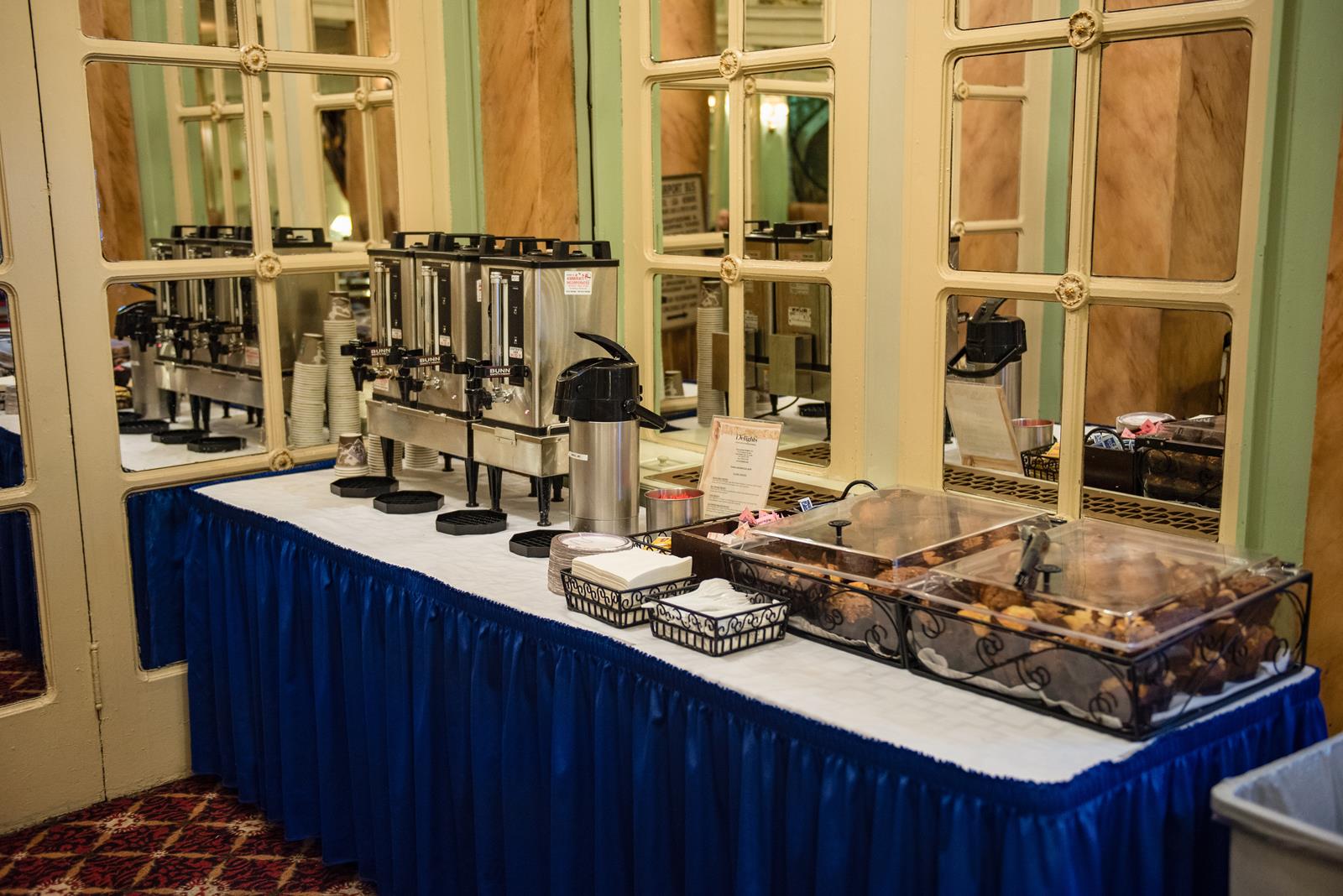 Breakfast in the lobby

In the morning, guests have a chance to soak in the opulence of the lobby, which serves as the breakfast lounge. They help themselves to free muffins and coffee or tea and then find a seat in one of the velvety, pale-green couches or chairs. There are high-back leather chairs as well. The grandfather clock has been a fixture since the beginning.

My high-ceilinged room on the sixth floor was positively sparkling. The bright white bathroom with tub/shower, though small, looked like it had been freshly painted and tiled, and the fluffy white towels were a big plus. Artwork above the king bed showed turn-of-the-20th century scenes of South Street Seaport and the Brooklyn Bridge; the desk had a large, gold-framed mirror. 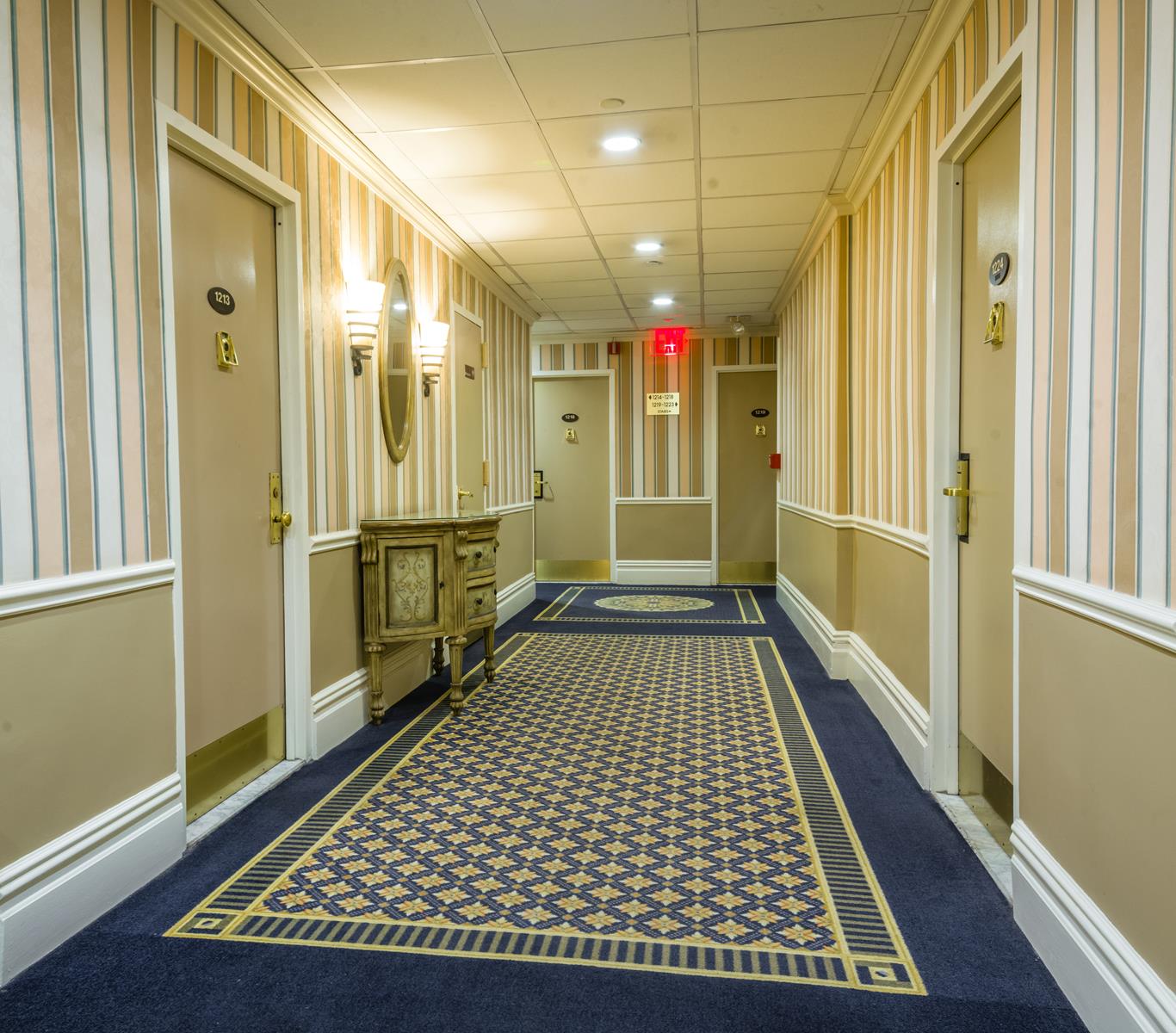 Period-appropriate wallpaper and wood moldings adorned the walls of not nly my room but the hallways and brightly lit elevator banks as well. Another vintage touch that I appreciated: the door’s marble threshold. All guest rooms have cable TV, free Wi-Fi, telephone with voicemail, a clock radio, safe, hair dryer, an iron and ironing board, and individual air-conditioning unit. 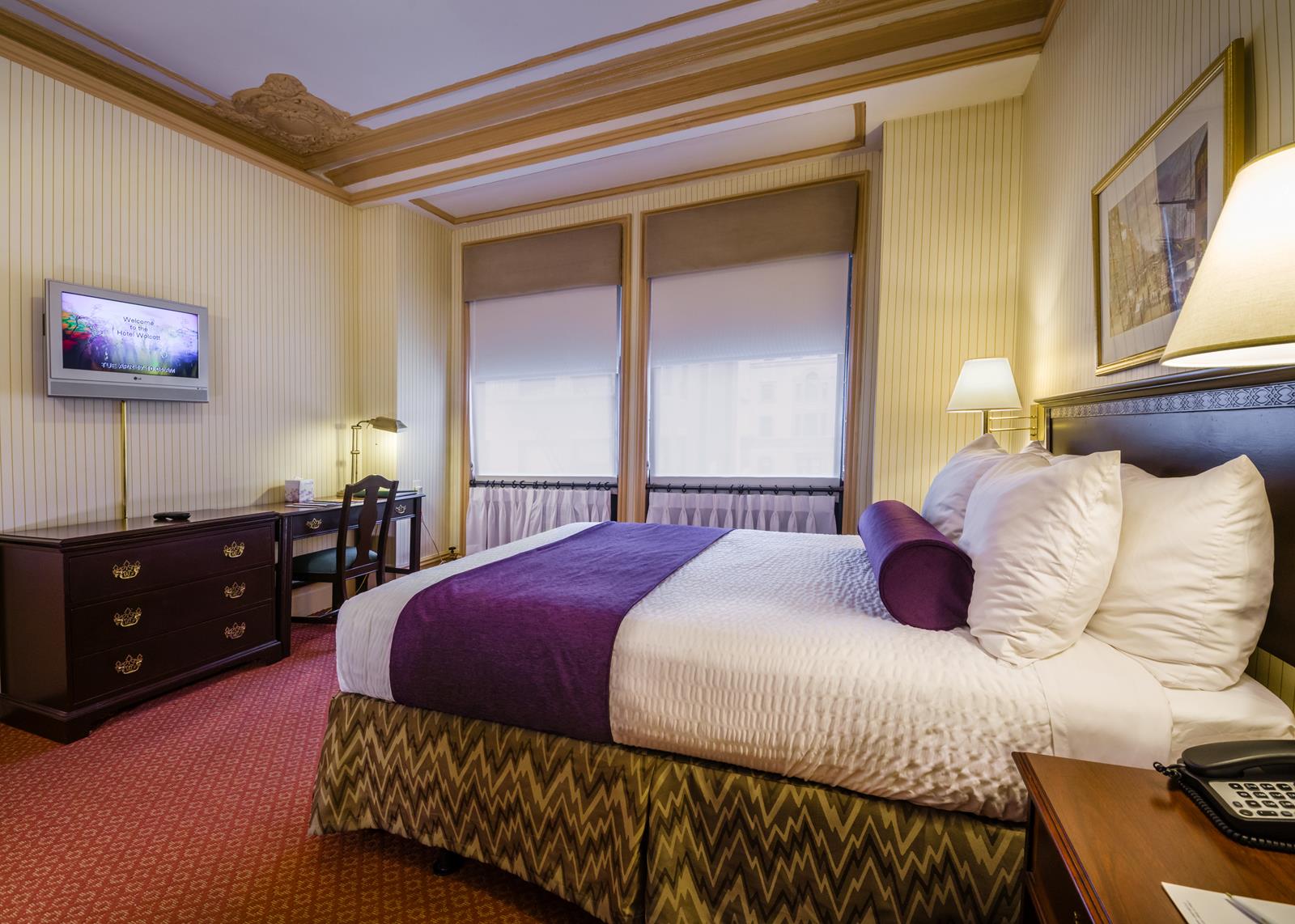 The hotel has a small fitness center, and off the lobby is a gift/sundries shop with an ATM and concierge service for assistance with airport transfers, taxis and attraction tickets.

Nearby Points of Interest

The surrounding neighborhood, as home to the Empire State Building, souvenir shops and restaurants of all kinds, is busy at all times and absolutely safe. The Empire State’s observation deck is open daily until 2 a.m. Macy’s Herald Square flagship store and Madison Square Garden are just a few blocks to the west; a bit farther is the West Side’s gleaming new Hudson Yards development with upscale shops and restaurants. Times Square is a 20-minute walk from the hotel, and the nearest subway station is two minutes away. 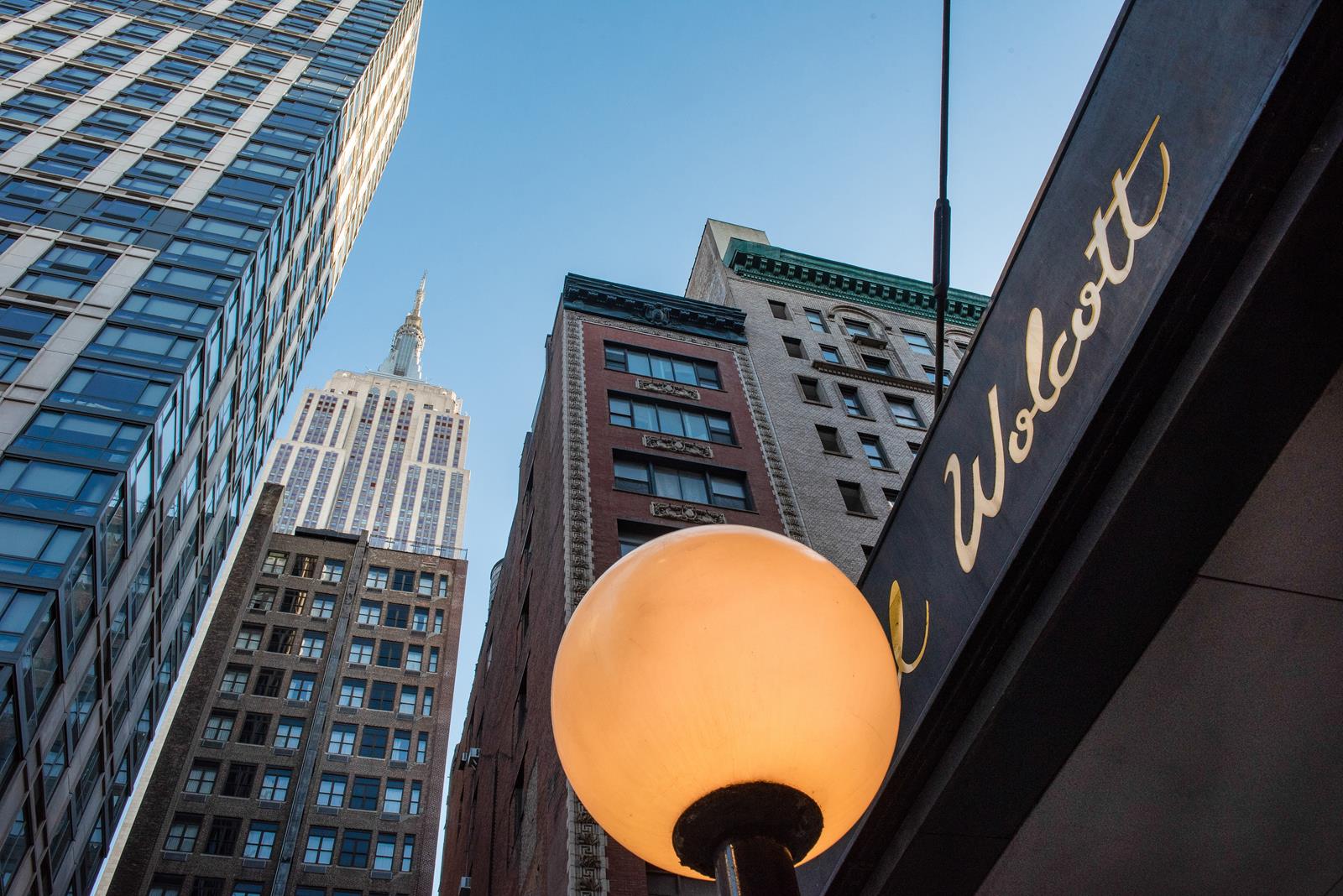 On Lexington Avenue, an easy walk east of the Wolcott, is a commercial corridor nicknamed Curry Hill, my favorite discovery in the area. A number of Indian/Pakistani/Bangladeshi restaurants between 26th and 28th streets dish up exotic cuisine at reasonable prices. Korean eateries and bars also are nearby—on a block of 32nd Street known as Koreatown.

The ethnic diversity, tourist vibe and 24-hour excitement of New York is just steps away for groups bedding down at historic Hotel Wolcott, a true gem without the 24-karat prices.

For more information on Hotel Wolcott, call 212-268-2900, email sales@wolcott.com or log on to www.wolcott.com.