South Dakota is an Outdoor Wonderland 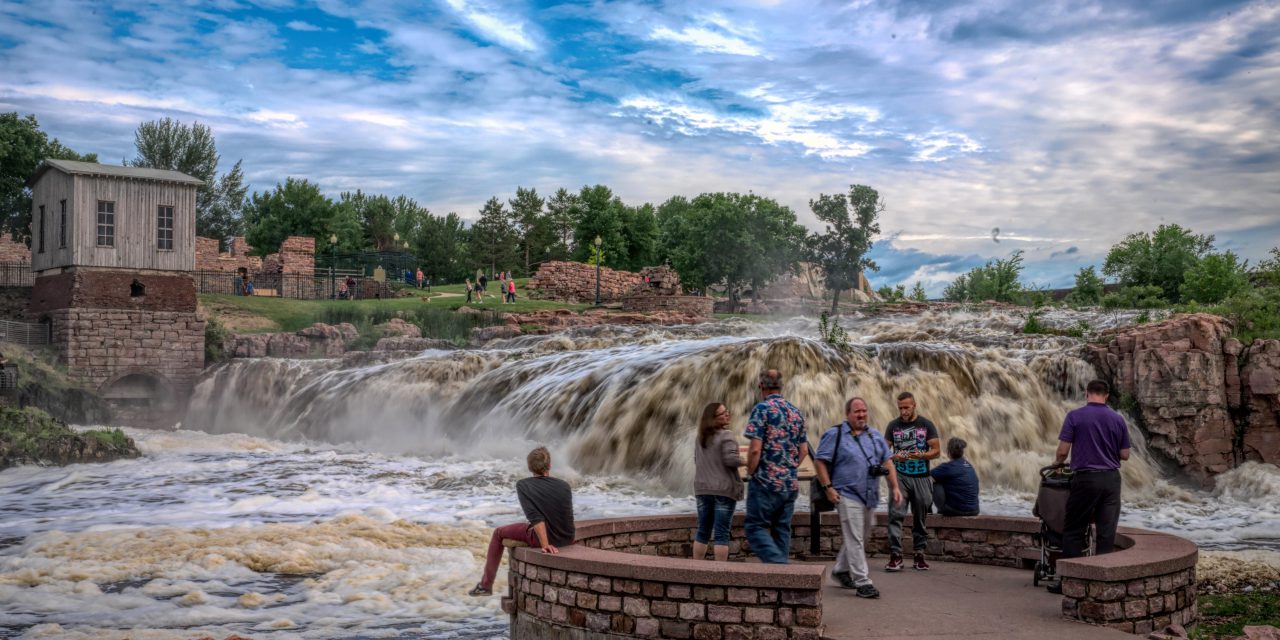 Natural beauty and wonder await you in South Dakota. Ranked 16th in size among the 50 states and located in the North Central region of the United States, South Dakota boasts more miles of shoreline than the state of Florida.

There are endless fun things to do in South Dakota for adventurers of all ages and interests. Family fun is easy, between waterparks, amusement parks, rodeos, drive-in movies and more. And with so many amazing outdoor attractions, your group will get their steps in while being amazed by all the natural beauty South Dakota has to offer.

When South Dakota is mentioned as a destination, the Black Hills comes to mind. This rugged section of western South Dakota is home to one of America’s most famous shrines—the iconic Mount Rushmore. Chiseled in granite, the massive heads of George Washington, Abraham Lincoln, Theodore Roosevelt and Thomas Jefferson at Mount Rushmore National Memorial represent one of the largest pieces of sculpture ever created. Impressive views are available from the Grand View Terrace or, for a closer look, the trail along the base of the mountain.

Not far from Mount Rushmore is Crazy Horse Memorial, near Custer. The giant mountain sculpture begun in 1948 will be the largest statue in the world upon completion. Representing Native Americans of all tribes, the carving will depict the warrior Crazy Horse astride his horse. Visitors can learn about ongoing work through exhibits, a movie and scale models in the big visitor complex, which includes the Indian Museum of North America. 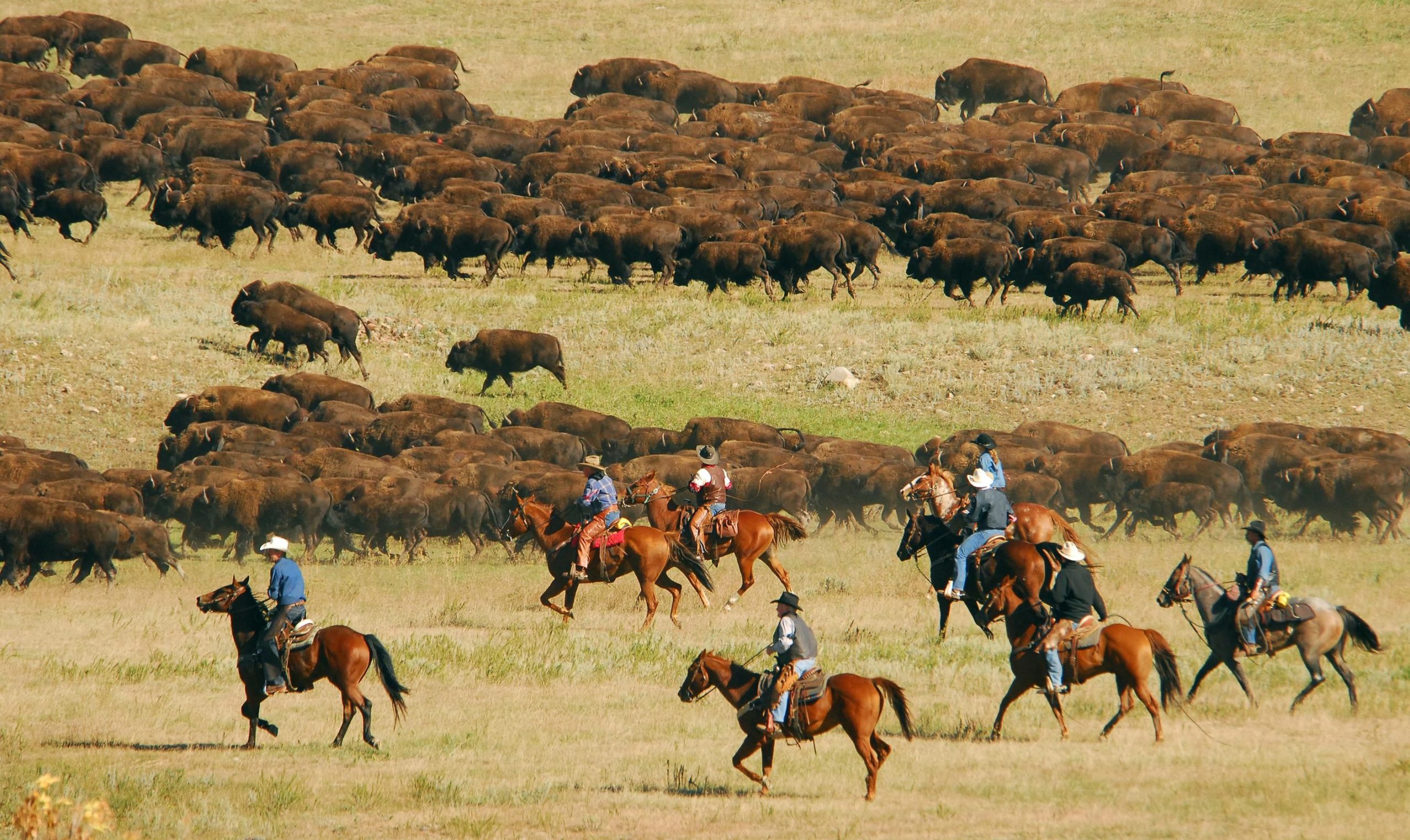 Custer State Park, one of America’s largest state parks, comprises 71,000 acres of the Black Hills. Its main claim to fame is the world’s largest publicly-owned, free-roaming herd of bison, which motorists often encounter on the park’s roadways. In addition to bison, wildlife watchers at the park may spot bighorn sheep, mountain goats, elk, pronghorn antelope, prairie dogs and burros.

In the northern Black Hills, the town of Deadwood captures the spirit of the American West. Founded in 1876 as a mining camp, it was built on gold, gambling and gunpowder. Deadwood, once known as the wildest town in the West, is one of the largest historic preservation projects in the nation. Old storefronts and warehouses along the brick-paved streets are now casinos, restaurants and hotels.

Near the town of Hot Springs in the southern Black Hills, groups can tour The Mammoth Site, a working paleontological site and museum, and mingle with wild mustangs on a bus tour of Black Hills Wild Horse Sanctuary. Not far away is Wind Cave National Park, which offers tours of the world’s fourth-longest cave system. Also in the Black Hills is Jewel Cave National Monument, the third-longest cave in the world. Ranger-led tours spotlight the glittering calcite crystals for which the cave is named. 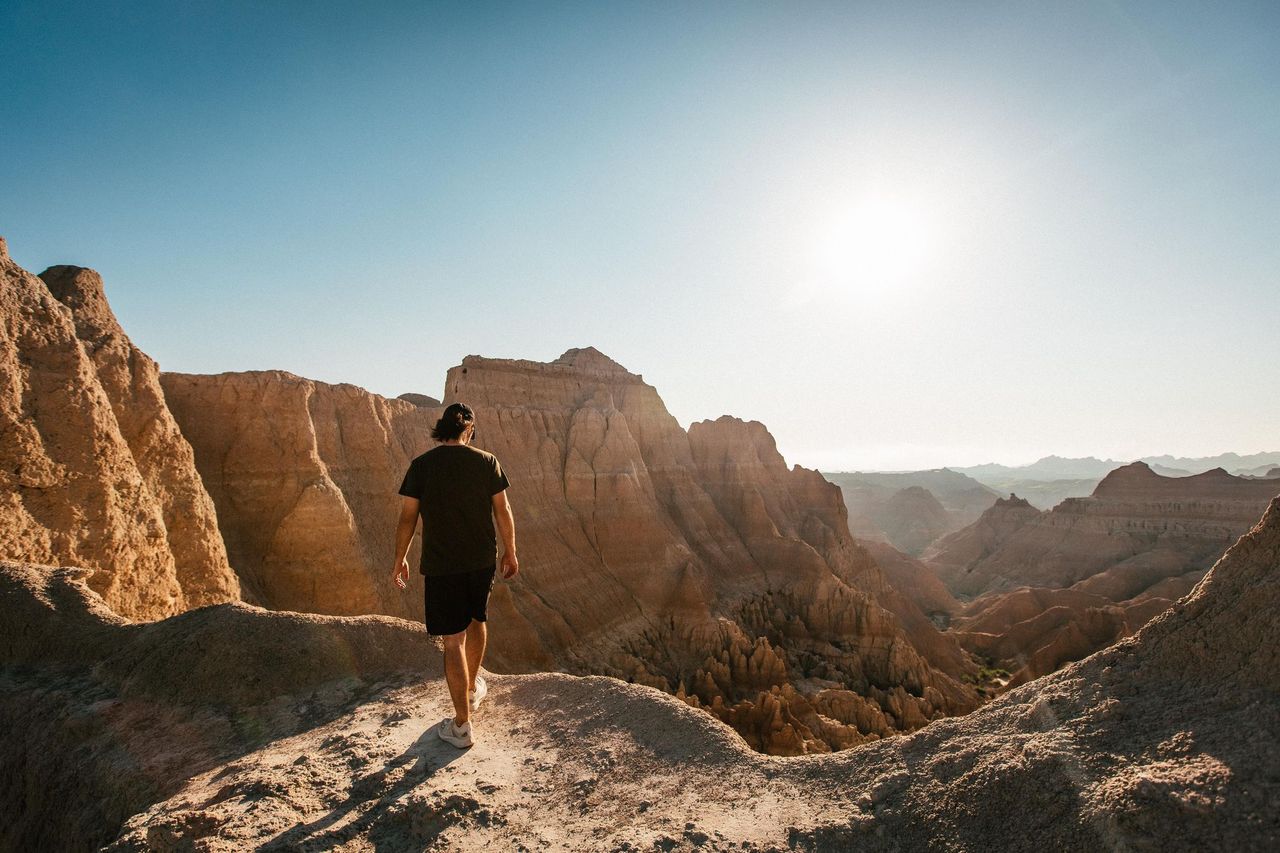 Badlands National Park is carved by eons of erosion, the austere land, often described as a moonscape, is both barren and beautiful.

A short drive east of the Black Hills takes visitors to Badlands National Park. Stark and surreal, this other-worldly realm of flattopped buttes, deep canyons and sculptured pinnacles preserve the past in layers of whitish sandstone painted with bands of pink and brown. Rich in fossils and carved by eons of erosion, the austere land, often described as a moonscape, is both barren and beautiful. In nearby Wall, be sure to schedule a stop at Wall Drug, one of America’s most famous roadside attractions. The dining-retail complex is packed with Western merchandise and other souvenirs.

Rapid City serves as the gateway to the Black Hills and Badlands. The national parks and other attractions are less than an hour away. The city itself boasts fine restaurants, a slew of hotels, art galleries and plenty of shopping opportunities. In Sioux Falls, groups will want to visit Falls Park, where an outdoor observation deck offers 360-degree views of the river, falls and skyline of South Dakota’s largest city. Covering 123 acres, the park sees an average of 7,400 gallons of water drop 100 feet over the course of the falls each second.