See the USA by Water 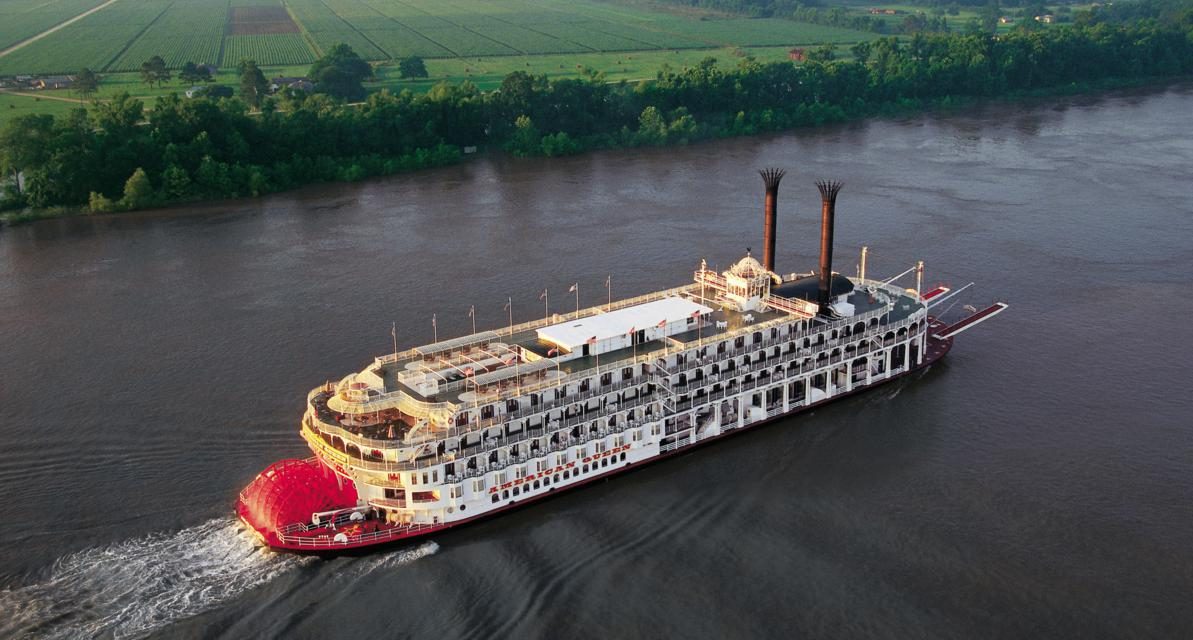 Many of you may be offering tours of the United States – be they by motorcoach or by air.

But have you ever given serious thought to offering a trip mostly by water? That is, coastal cruises or trips on U.S. rivers and lakes? There is truly “water, water everywhere” here at home, but we often overlook it in favor of water travel overseas. Now may be the time to offer your clientele an opportunity to cruise our own wonderful waterways here in North America.

Look at the map and you’ll see the waters surrounding us: to the north the Great Lakes, to the East the Atlantic, to the south the Gulf of Mexico, to the West the Pacific. Add to this the mighty Mississippi River running between Minnesota and New Orleans, and you have a panoply of attractive destinations and ships from which to choose. Let’s look at several possibilities you may wish to consider for your groups:

This small-ship company owes it all to shipbuilding founder Luther Blount, who introduced the retractable pilot house, an innovation that allows ships to slip under low bridges and through narrow locks. Today, daughter Nancy Blount and her son, Peter, are at the helm, offering a broad schedule of unusual itineraries on the 99-passenger Grande Caribe and Grande Mariner.

A 16-day “Great American Waterways” trip from Chicago through the Great Lakes to New York features visits to Mackinac Island, Buffalo, Cleveland, the Erie Canal, and West Point, among other destinations. Five departures are scheduled for the summer of 2019. Shorter itineraries, such as a sevenday “Islands of New England” voyage, include Nantucket and Martha’s Vineyard. A nine-day “Hudson River and Coastal Fall Foliage” late-October cruise is extremely popular. Note that children under age 14 are not permitted onboard and liquor is strictly a BYO affair. (800-556-7450, blountsmallshipadventures.com)

Founded in 1991, this company boasts the “World’s Newest Fleet of Cruise Ships” –11 paddlewheelers and coastal cruise ships specializing in small-ship coastal sailings of the continental U.S. Destinations include the Mississippi River, Columbia and Snake rivers, New England islands and the Maine coast.

The line’s latest ship to make a splash is the 184-passenger American Song, the first of its new modern riverboats, which will do Columbia and Snake river cruises in 2019. The 187-guest American Harmony makes her debut this summer on the Mississippi. (800-460-4518, americancruiselines.com)

This company has the largest river steamboat ever built – the American Queen, a six-deck re-creation of a classic Mississippi riverboat. It was built in 1995 for Delta Queen Steamboat Company for a capacity of 436 guests. Her itineraries include the lower Mississippi with its antebellum plantations, cotton fields and Civil War monuments, and cities like New Orleans and Memphis, which are highlights for jazz lovers. Upper Mississippi sailings feature Missouri’s Mark Twain Country, St. Louis and St. Paul, Minnesota.

Other cruises explore the Columbia and Snake rivers, and Tennessee, Cumberland and Ohio rivers. Also in the fleet are the 166-passenger American Duchess, introduced in 2017, and 223-passenger American Empress, with the 245-passenger American Countess, a former gaming boat undergoing a total makeover, set to join the line later this year.(888-749-5280, americanqueensteamboatcompany.com)

The 202-passenger Victory I and Victory II are early 1900s-style coastal cruisers that offer spring, summer and fall cruises on the Great Lakes and St. Lawrence River. The “Great Lakes Grand Discovery” covers all five Great Lakes on a nine-night itinerary between Chicago and Toronto. Stops include Mackinac Island, Detroit, Cleveland and Niagara Falls. Your ship navigates the historic Soo Locks between lakes Superior and Huron. The nine-night “French Canada and Great Lakes” features the St. Lawrence River cities of Montreal and Quebec City along with Kingston, Toronto, Niagara Falls, Cleveland and Detroit. (888-907-2636, victorycruiselines.com)