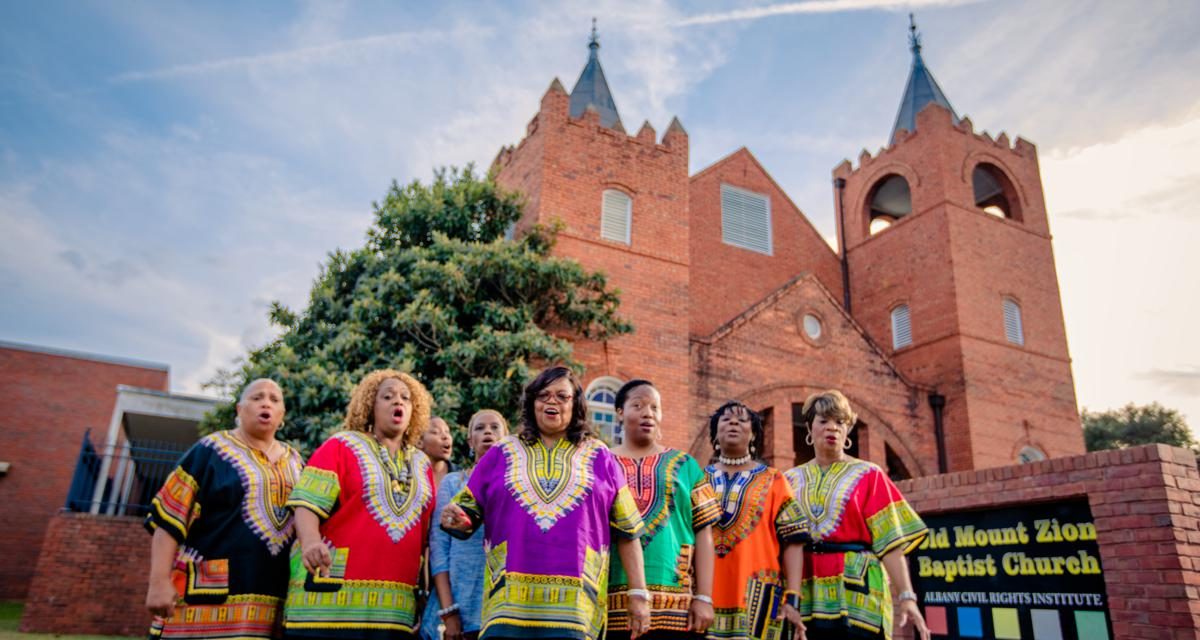 Dr. Martin Luther King, Jr., a resident of Georgia, led a crusade that sowed far-reaching social changes in the United States. In his home state, 28 sites commemorate his life and contributions he made to the movement. Here are a few stops on the trail and other significant civil rights sites: 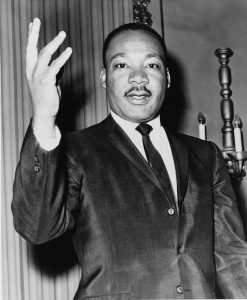 Martin Luther King, Jr.National Historical Park is one of Atlanta’s top attractions. Begin your day at the Visitor Center Theater with an insightful, regularly changing video. The Children of Courage exhibit is presented in the lobby. In the main exhibit area, Courage to Lead parallels the tracks of Dr. King and the civil rights movement. On the path to the Community Center, take a few minutes at the Behold monument to study the statue and inscription paying tribute to King. The Birth Home, where he lived the first 12 years of his life, is also part of the park. Ranger-led tours of the home are limited to 15 persons on a first-come, first-serve basis.

The community surrounding the park is Sweet Auburn. Its Ebenezer Baptist Church has been the spiritual home to many and is an important part of the park. King was baptized and ordained at Ebenezer and served as co-pastor with his father, the Rev. Martin Luther King, Sr., from 1960 until his death in Memphis in 1968. Nearby Fire Station No. 6 served the community from 1894 until 1991. Now a museum, it tells the story of desegregation of the Atlanta Fire Department.

The International World Peace Rose Garden is at its best when in full bloom, but Dr. King’s life and ideals of change through
nonviolence are perennially part of the starburst design. Standing in the Peace Plaza facing the rose garden, look directly across the street at the graves of King and his wife, Coretta Scott King. They are entombed at the King Center for Nonviolent Social Change, a community institution established in 1968 by Mrs. King. It has a collection of artifacts from the civil rights era. (nps.gov/malu/index.htm) 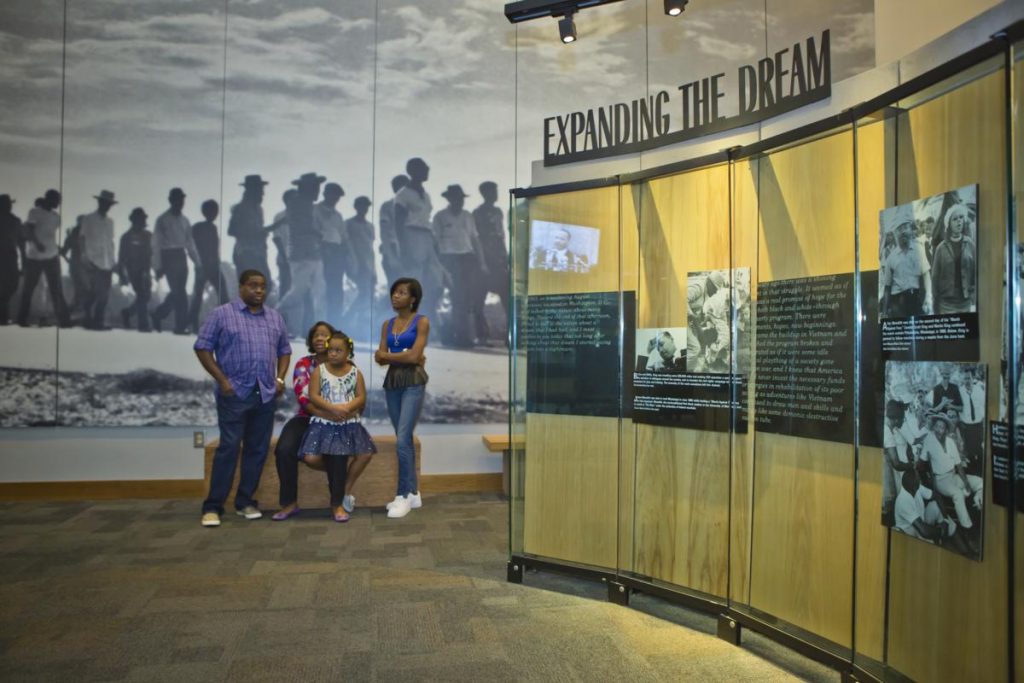 Located near the Georgia Aquarium and World of Coca Cola in downtown Atlanta, the Center for Civil and Human Rights connects the civil rights movement in America with global human rights movements. Through strong images and moving storytelling, visitors experience an inspiring and empowering message. (civilandhumanrights.org) 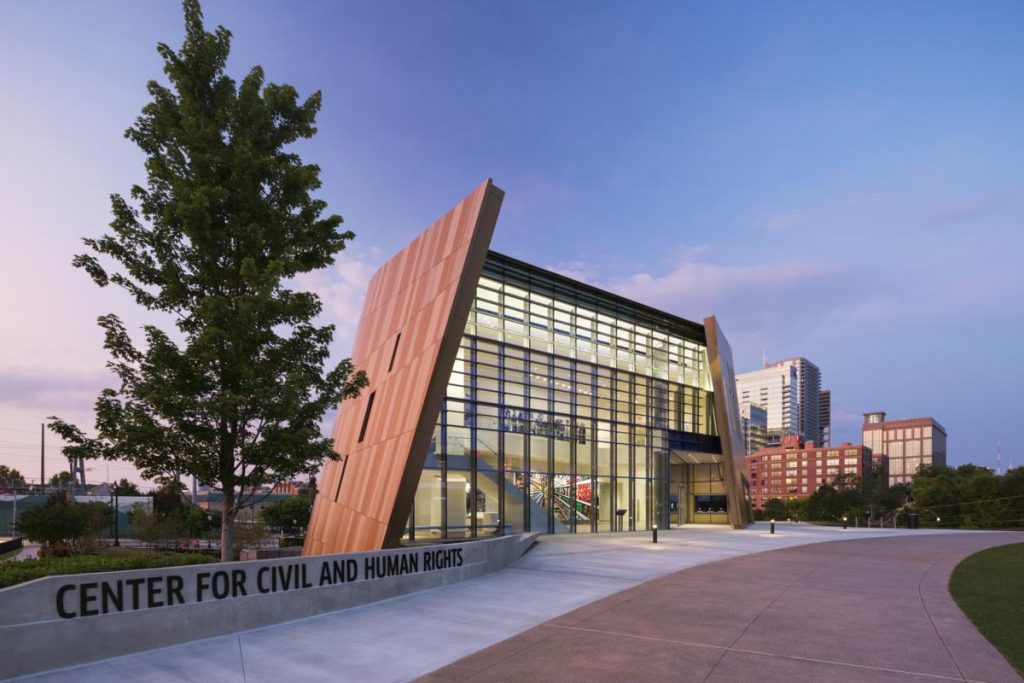 Center for Civil and Human Rights

For lunch, take in the mix of flavorful aromas at the Sweet Auburn Curb Market. For dinner you cannot beat Paschal’s Restaurant. It was a meeting place for activists during the civil rights movement. The Famous 1947 Fried Chicken needs to be on your group menu.

The museum at the Albany Civil Rights Institute (ACRI) tells the rich history of the civil rights movement in southwest Georgia. Interactive exhibits with state-of-the-art audio and visual share the conflicts of the 1960s. Also part of the institute is Old Mount Zion Church, which hosted some of the first mass meetings of the Albany Movement. Dr. King was asked to address one of those meetings. After completing his speech to a full house, as the story goes, he was told the church across the street was also full and hoping he would speak to them. He obliged and upon completion was asked to speak to yet another full house that had gathered at Mount Zion. He made that third speech but was a little late getting home to Atlanta.

Originating in 1962 as a student quartet from Albany State College, the Freedom Singers molded congregational-style, a capella singing with protest songs and chants. Their performances at SNCC events became an integral part of the message. Original member Rutha Harris, who resides in Albany, often is available to lead a visiting group in song for a truly memorable experience.

In nearby Cordele, Lake Blackshear Resort and Cordelia’s welcomes groups of all sizes for an elegant dinner with a lake or garden view.

For 38 years the Tubman Museum has been dedicated to the collection, preservation, exhibition and interpretation of art and historic artifacts related to African-American history and culture. A featured piece in acrylic and oil is the 68-inch-tall, 55-foot-long mural From Africa to America.The Inventors Gallery spotlights the inventions of African-Americans. (tubmanmuseum.com)

Dawson, Georgia native Otis Redding was discovered at the Douglass Theatre and from 1921 to the 1970s talented African-
American performers graced its stage. Totally restored and renovated during the 1990s, it functions as a state-of-the-art film
and performance venue. (douglasstheatre.org)

You’ll find the First African American Church of Dublin has a wonderful story to tell. On April 17, 1944, a young student from Atlanta’s Booker T.Washington High School participated in a speech contest delivering his entry “The Negro and the Constitution.” There seems to be some confusion whether he finished first or second, but one thing is for sure. Those attending witnessed the first public speech by Martin Luther King, Jr. Working with church and civic leaders, Visit
Dublin has developed an interactive experience for groups to participate in.

Across from the church at the gateway to downtown Dublin sits the Martin Luther King, Jr. Monument Park. The vibrant mural created by Georgia artist Corey Barksdale is its centerpiece. Other features include a sculpture bench and photo mural. (visitdublin.org)

Although Dr. King never made it to Savannah, the area has two sites that commemorate the civil rights movement in Georgia. The Ralph Mark Gilbert Civil Rights Museum, named for the father of the city’s civil rights movement, recently was named “Georgia’s Best New History Museum.” The museum reports the struggles of Georgia’s oldest African-American community from slavery to the present day. (visitsavannah.com/profile/ralph-mark-gilbert-civil-rights-museum/4233)

Visitors to the Pin Point Heritage Museum, located in the old A.S. Varn & Son Oyster and Crab Factory, can obtain insight into Gullah/Geechee culture. Living almost isolated for 100 years, Pin Point sits on the banks of the Moon River and marsh. Groups can explore the restored factory and experience a multi-media story of the community. (chsgeorgia.org/phm)

The Pirates House has a portion dating from 1734, making it the oldest building in Georgia. Its history is interesting, but dinner is exceptional. For lunch, Sisters of the New South serves home-style Southern fare and is best for small groups.

Dorchester Academy was founded after the Civil War as a school for freed slaves. The complex grew to become a fully accredited high school with 300 students and eight frame buildings. Dr. Martin Luther King, Jr. held planning meetings there prior to the 1963 march on Birmingham. Listed on the National Register of Historic Places, Dorchester Academy was designated a National Landmark in 2006. (dorchesteracademyia.org)