Savor Some Tunes at These Western Outdoor Music Venues 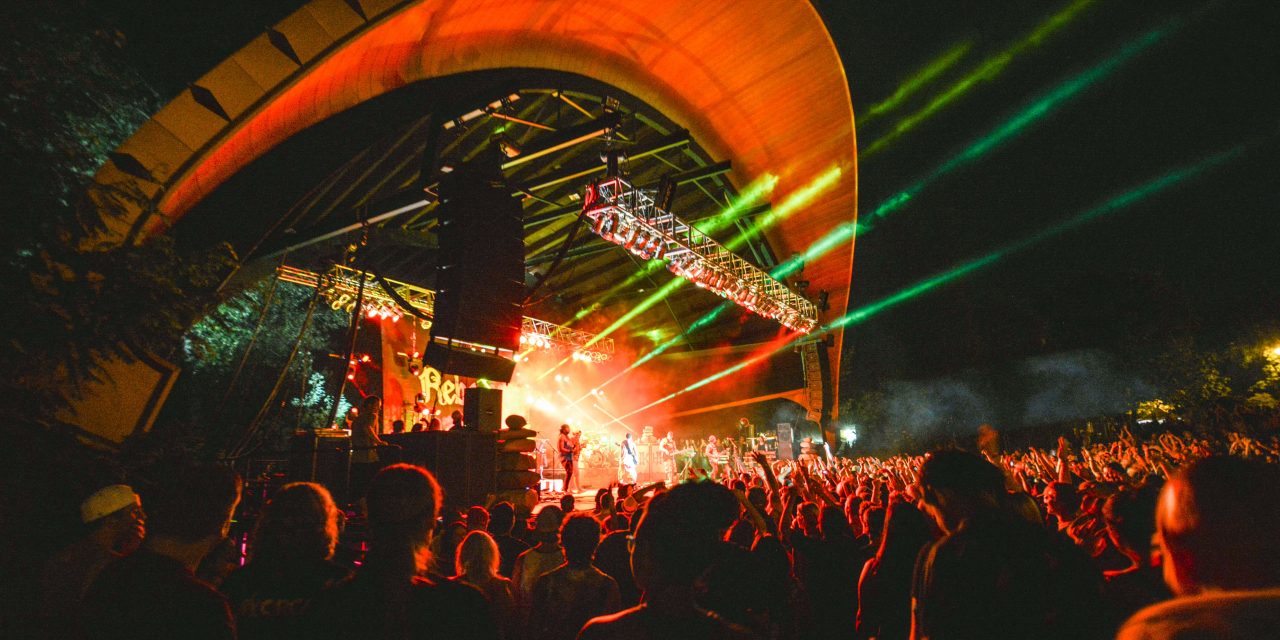 After months of cautious test-trials, indoor concerts seem to be back in full swing. For those who aren’t quite ready yet or simply prefer seeing performers outdoors, not to worry: outdoor concerts are back as well. Below, we’ve compiled a list of some of the best music venues on the west coast (where the weather is, after all, reliably warm) just in time for the summer. Nothing like singing under (and to) the stars.

In 1905, John Brisben Walker, then-owner of Cosmopolitan, purchased 4,000 acres of land just outside of Denver. The area didn’t look like it could offer much, consisting of thick cuts of sloped rocks that seemed as though they were better off left untouched, but to Walker, it was the site of a long-held dream. He envisioned it as a space “where artists would perform on a stage, nestled in the perfect acoustic surroundings” of the rocks (which would come to be known later as Red Rocks). As preparations for this began, it was not long though before Walker lost touch of what he set out after, with later dreams turning out to be especially whimsical (Walker wanted to install a replica of Mt. Rushmore into the rocks). Nevertheless, centuries later, the fruit of Walker’s original dream can be seen at this amphitheater, nestled in the perfect surroundings of the rocks, stars, and the great Colorado outdoors. Music, as Walker believed, was meant to be played here. 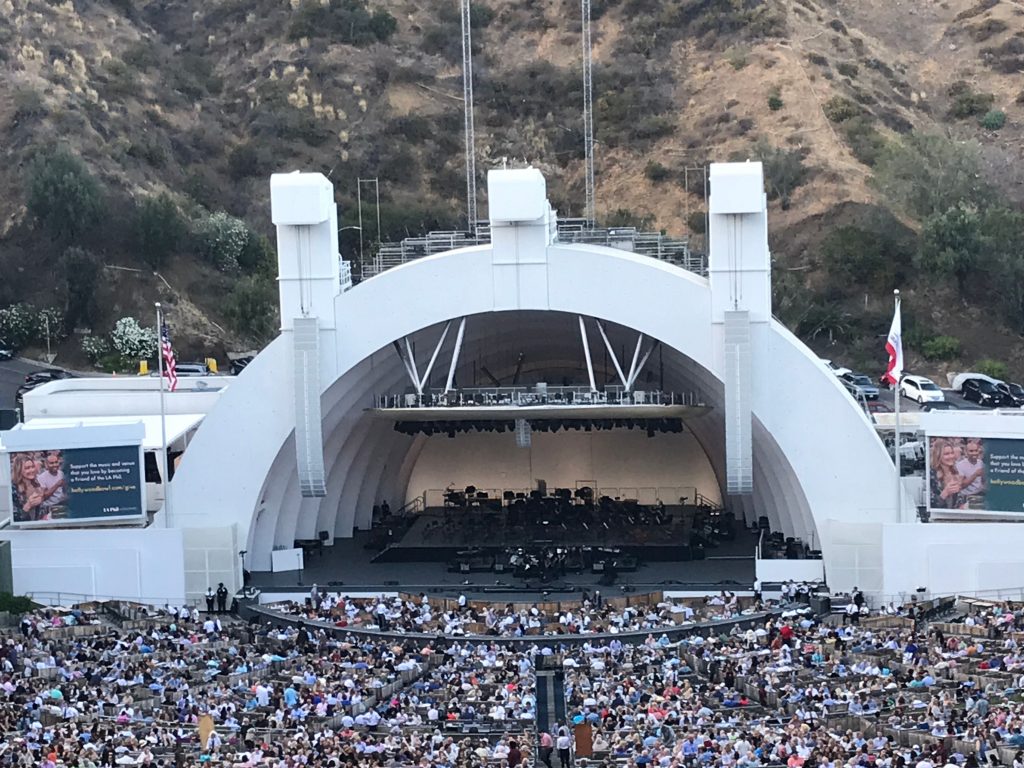 The Hollywood Bowl in Los Angeles has hosted some incredible musicians over the years. Photo credit: Chris Long

Nestled in the Hollywood Hills, with a front-and-center view of the Hollywood sign, the Hollywood Bowl delivers some of the most pleasing sights and sounds in the city (Then again, the Greek Theatre would like to have a word.) That the Bowl is shaped like an orbital dome cut neatly down the middle only adds to the fun. Just look at the artists that have performed here in the last few decades as proof, ranging from The Beach Boys, The Beatles (who ended up releasing a live At The Bowl album), to John Legend and Ozzy Osbourne. This June, to kick off its 2022 season, Gwen Stefani will headline the Bowl’s opening night, followed by a program as flashy as the artists themselves.

In a review written last summer, one commenter put the Gorge, plainly: “If you like outdoor concerts, this is for you.” Indeed, the amphitheater, some 20 minutes from Quincy––the closest city––sits at 1,000 feet elevation, just above the Columbia River, boasting views of valleys and the river’s stream that zigzags between them. Though a rare warning, here: such views may distract you from what’s happening on stage. In pictures submitted by reviewers, the crowd often includes those in awe of the performers, and those in awe of the sky. But with a capacity just shy of 30,000, it won’t take long to bring you back into the mix. 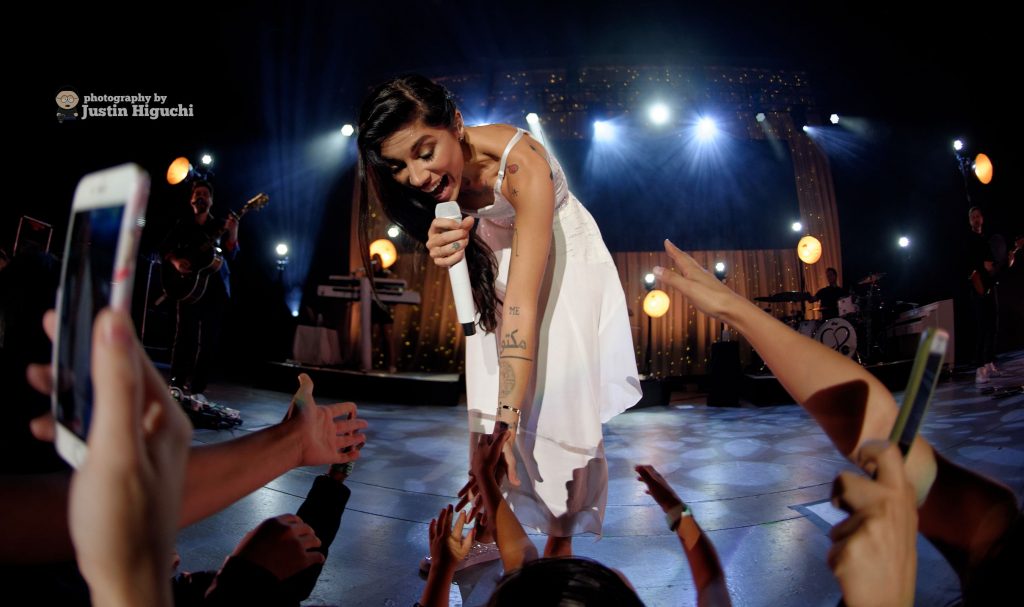 Christina Perri performing at the Greek Theatre in Los Angeles. Photo by Justin Higuchi via Flickr

Although this theater is only an 11-minute drive (in good traffic) from the Hollywood Bowl, rarely do attendees actually end up leaving the Greek. The venue (which, in comparison is smaller to the Bowl, with just 5,900 seats) is intimate and inviting, tucked among bunches of pine trees. Located in Griffith Park, just at the bottom of the hill before the Griffith Observatory, it also offers a view that rivals its counterpart’s: the other side of Hollywood and beyond that the Bowl can’t see.

Beginning July 1, Snow Park Amphitheatre will hold a concert nearly each day up until August. (17 are currently scheduled). The summer series, as part of its Deer Valley Music Festival, kicks off with Stewart Copeland: Police Deranged for Orchestra, a program celebrating Police drummer Stewart Copeland and the band’s success. Groups can enjoy watching the stars under the stars in this idyllic woodland spot.

Taking note from the several golf courses nearby, the Mesa Amphitheatre keeps its grounds in top shape. Its lawn, which is cut into fine, spiral rows, is covered in smooth, rich grass, the kind made for lying back and looking up at the sky. But if you came for the music, not to worry: the grass has got you covered for that, too. Just put one hand on the ground and the concert, all its notes and vibrations, will be felt in your palm. The grass here does it all.

At the Cuthbert, the mission statement is to make music better live, but especially outdoors. With a commitment to holding shows rain or shine, the venue makes it easy to deliver on this promise with a sculptured lawn that includes seasonal flowers, a beer garden, booths, and, of course, its tortoise-shell shaped stage. How could live, outdoor music not be good? Cuthbert wouldn’t know.